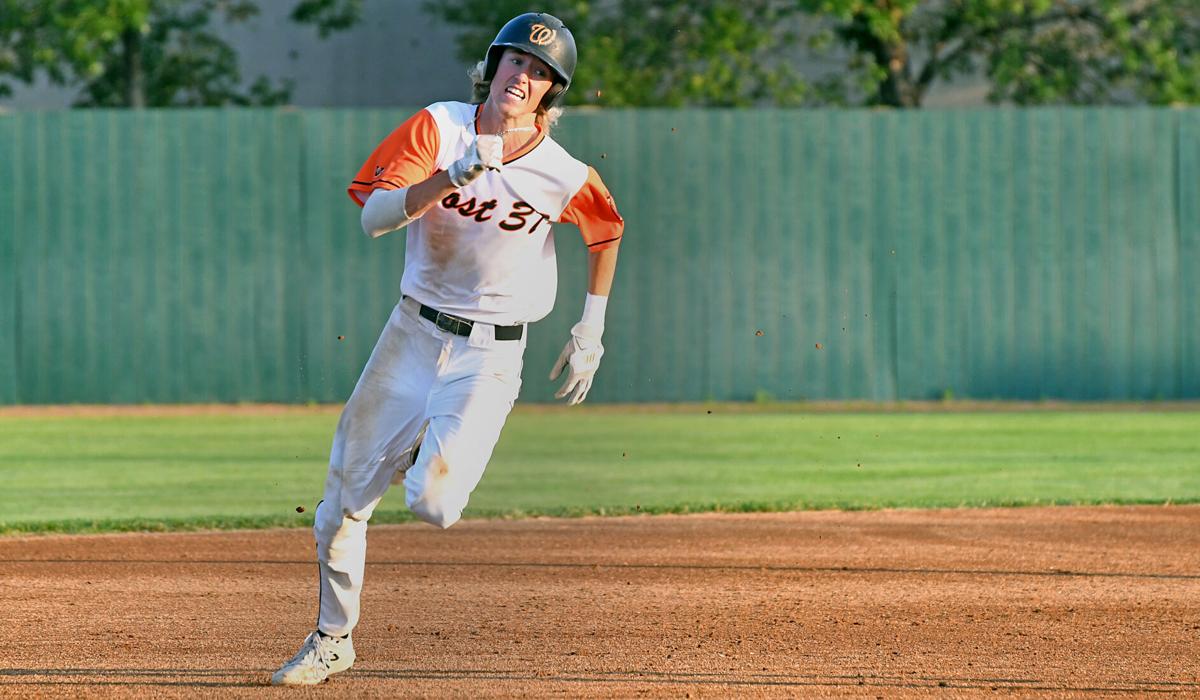 Ashton Collings runs to third base and went on to score for the Keybirds during game two against Fargo Post 2 on June 29 at the Ardean Aafedt Stadium. 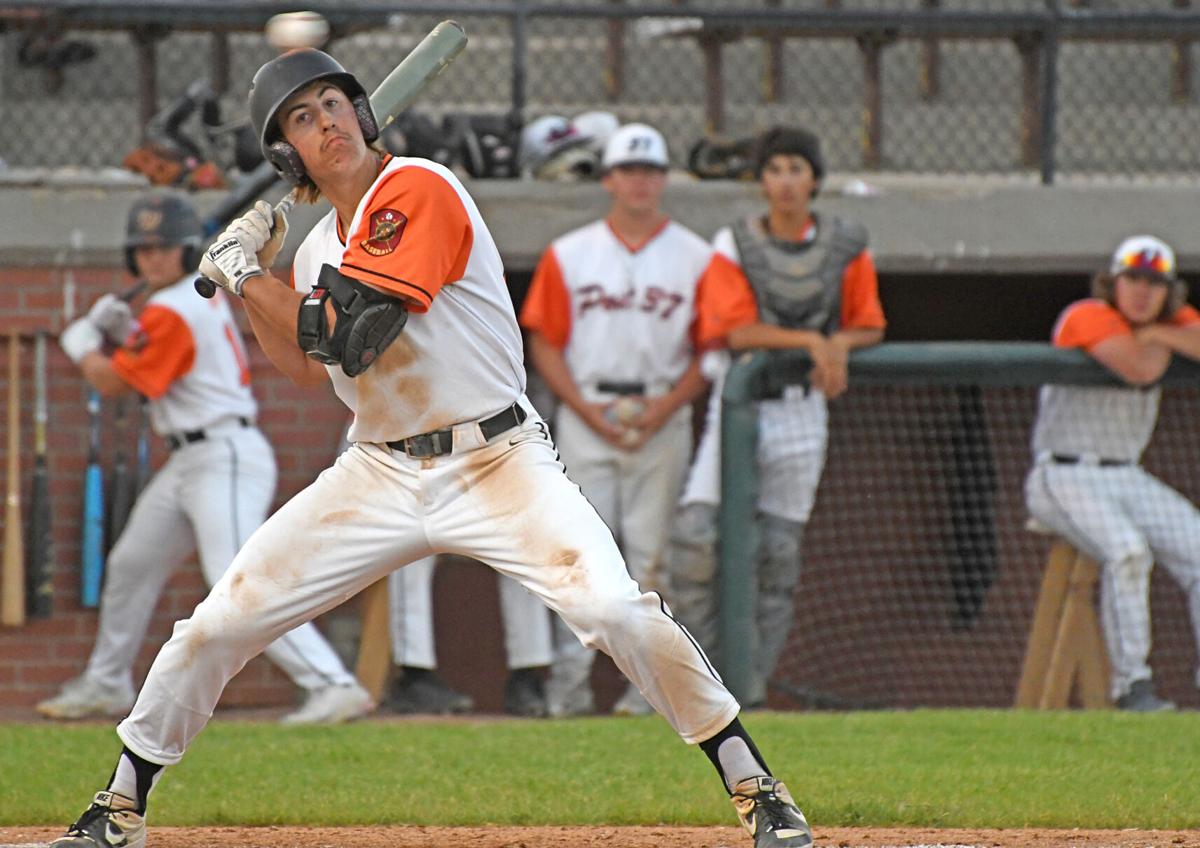 Jaxson Meyer takes the pitch high during the second game of a home doubleheader against Fargo Post 2 on June 29. Meyer was safe.

Ashton Collings runs to third base and went on to score for the Keybirds during game two against Fargo Post 2 on June 29 at the Ardean Aafedt Stadium.

Jaxson Meyer takes the pitch high during the second game of a home doubleheader against Fargo Post 2 on June 29. Meyer was safe.

Here’s a breakdown of how the Keybirds did in each of their doubleheaders. All statistics referenced are from GameChanger.

In the first game Friday, the 9-4 win, The teams were tied 4-4 after three innings, but the Keybirds used a three-run fourth inning to take back the lead and hold on for the win.

Ashton Collings had a big game for the Keybirds, leading the team in hits and runs batted in. He finished the game with four hits and three RBIs.

In the second game, Williston scored four runs in the first inning to build a nice lead that was never threatened.

On the mound, Cymbaluk pitched the whole game, allowing just one run (not earned). He only gave up five hits and struck out nine batters.

Kadin Finders and Derek Lee led the team with two hits each, and Kyle Mischke and Jaxon Meyer each had one hit. Meyer and Finders each had one RBI for the Keybirds.

In the 8-4 win, the first game of the doubleheader, Williston held a slim 4-3 lead after two innings but scored one run in each of the fourth, fifth, sixth and seventh innings to build some insurance.

In the second game of the day, the whole Williston lineup had a hand in the win. In total, nine Keybirds recorded an RBI, and six of them recorded two or more RBIs.

Finders and Mapes each had three RBIs to lead the team, and Collings, Cymbaluk, Hanson and Tyler Tamez each had two RBIs. Landon Miller, Chris Combs and Riley Erickson each had one RBI.

In total, the Keybirds amassed 14 hits.

Collings, Finders, Maps, Erickson and Combs each had two hits to lead the team, and Hanson, Tamez, Miller and Lee each had one hit.

Every player in the Williston lineup for the game either drove in a run or scored a run. Williston had a 10-3 lead after the third inning (including seven runs in the third) and scored the other nine runs in the fourth and fifth innings.