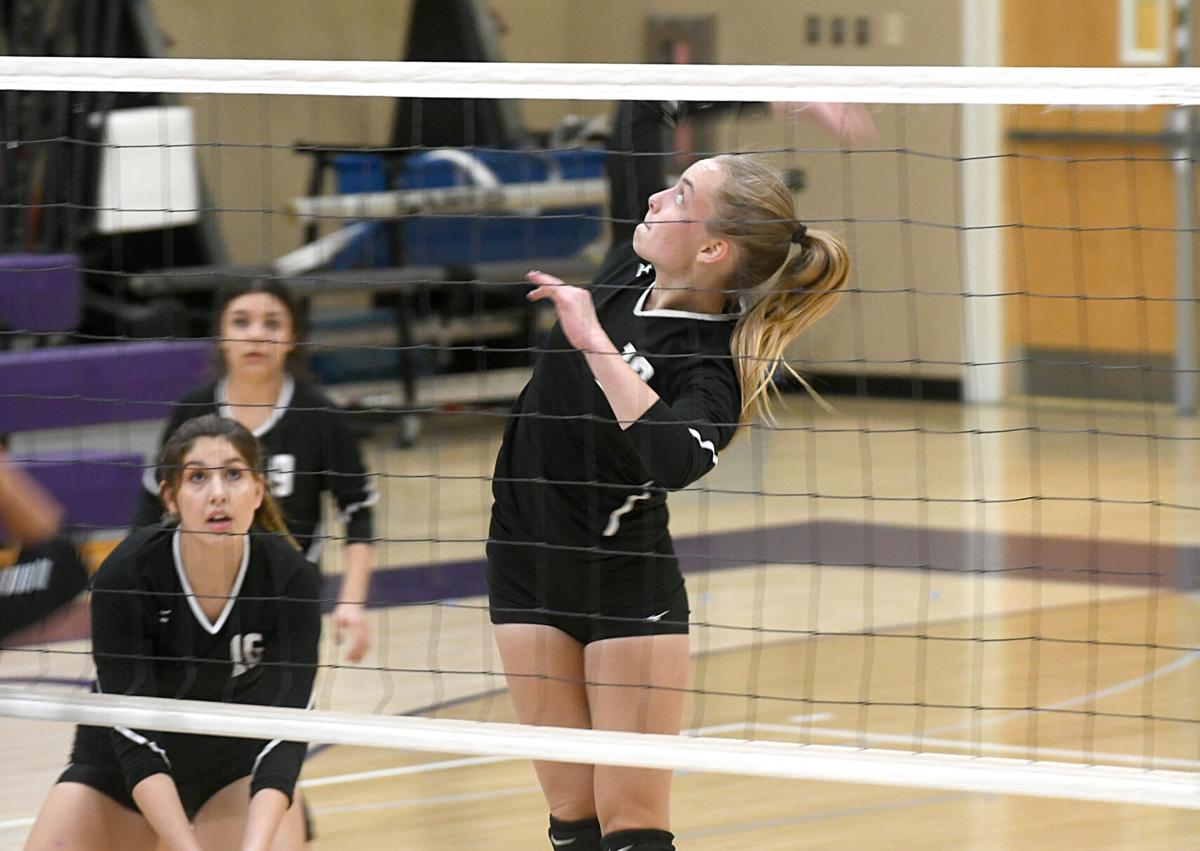 Ellie Haskins (#10) winds up to kill the ball during a game against White Shield on Oct. 15 in the Williston Trinity Christian School gym. The Lady Crusaders went on to win. 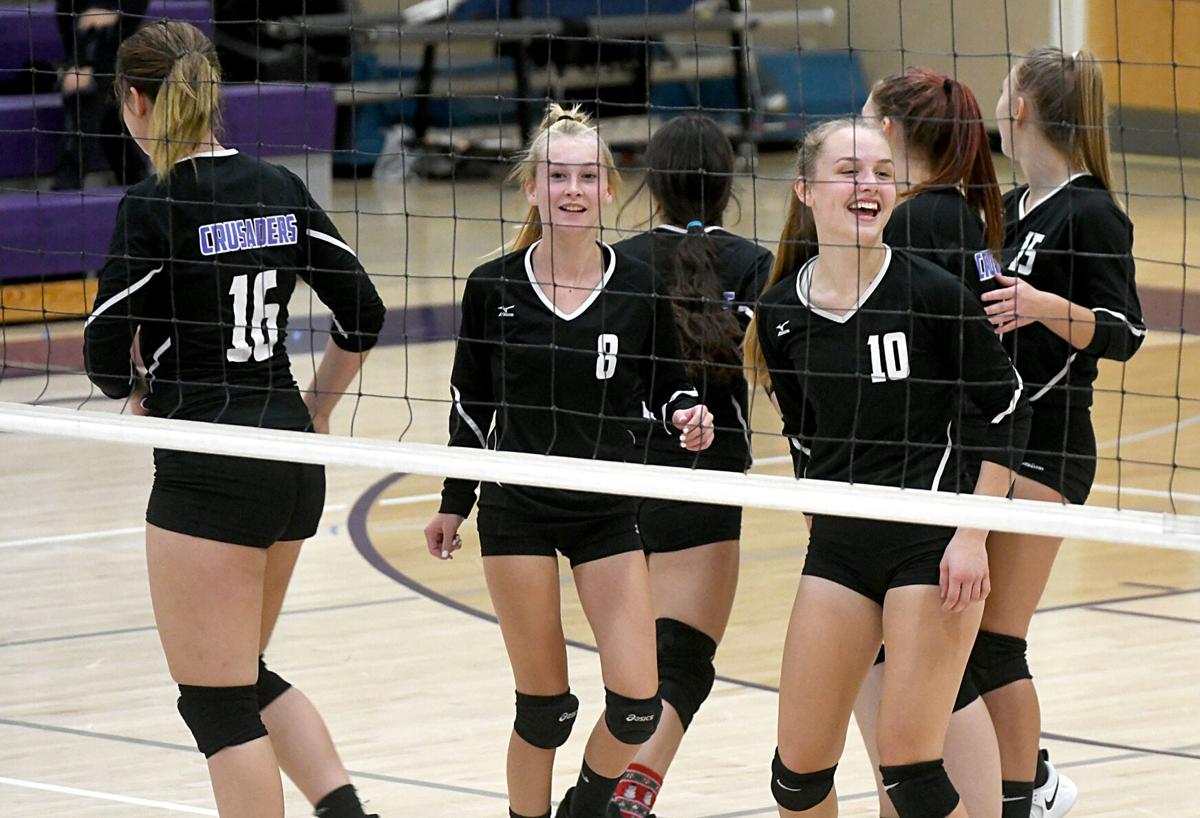 Members of the Williston Trinity Christian School volleyball team walk away from a group hug after a good hit during a game against White Shield on Oct. 15. The Lady Crusaders won the game.

Ellie Haskins (#10) winds up to kill the ball during a game against White Shield on Oct. 15 in the Williston Trinity Christian School gym. The Lady Crusaders went on to win.

Members of the Williston Trinity Christian School volleyball team walk away from a group hug after a good hit during a game against White Shield on Oct. 15. The Lady Crusaders won the game.

The Williston Trinity Christian School volleyball team showed signs of significant improvement after what seemed like a mid-season slump during a matchup between White Shield High School on Thursday, Oct. 15.

Similar to how they were at the start of the season, they showcased their talent in Thursday’s match and one against Alexander on Oct. 13, proving that they belonged in the top ranks.

However, this time around it was clear that they finally found where they belonged on the court, communicated constantly with one another, sharpened their skills and overall dominated the court.

And with a home advantage, it seemed like an easy task to do.

But this wasn’t always the case.

In a game against Trenton on Oct. 1, the Lady Crusaders struggled to stay in the game, namely they struggled strategically committing errors on the court that resulted in them losing a lot of points.

Head coach Brandy Vaughn and assistant coach Beth Zarling said that at that point in the season the team went into what seemed like a tail spin and as a result they said they had to make a lot of changes to get the team out of that slump.

“We took what we were doing wrong in Trenton and tried to refine things,” Zarling said.

She added that they started to show the team how to think strategically so that way they can adapt to harder games, such as the one against Trenton.

“We need to be smart about where we’re putting the tball and not just pounding it down,” Zarling said, also adding that the team has been practicing this for the last two weeks since the Trenton game.

Vaughn said another thing they focused on since that Oct. 1 game was their serving.

She said before the girls would just serve for safety and percentage wise. But now, she said they are serving more aggressively.

“We let them go into aggressive serving once they started proving they could get a 90 percent or above in serving,” Vaughn said. “They all have gotten so much better in serving so now we’re starting to serve aggressively.”

Zarling said by doing this, there’s a chance that the girls could force the other team to make mistakes, something that has happened to Trinity.

And the practice and working strategically on the court has worked.

Overall, the Lady Crusaders had 10 service aces, 33 kills, 63 digs and 28 assists during the game.

Ellie Haskins had the most kills walking away with 20 and she and Ester Cruz each had four aces. Annie Vaughn carried the team in assists getting all 28 and Rosa Cruz had the most digs with 14.

On top of that, the communication on the court has been better than most games, and Vaughn said this is because the girls are truly starting to trust each other more.

The Lady Crusaders go on to play Burke County at 7 p.m. on Monday, Oct. 19 and their last game is Oct. 26 against Tioga. That game will also be Parent’s Night.