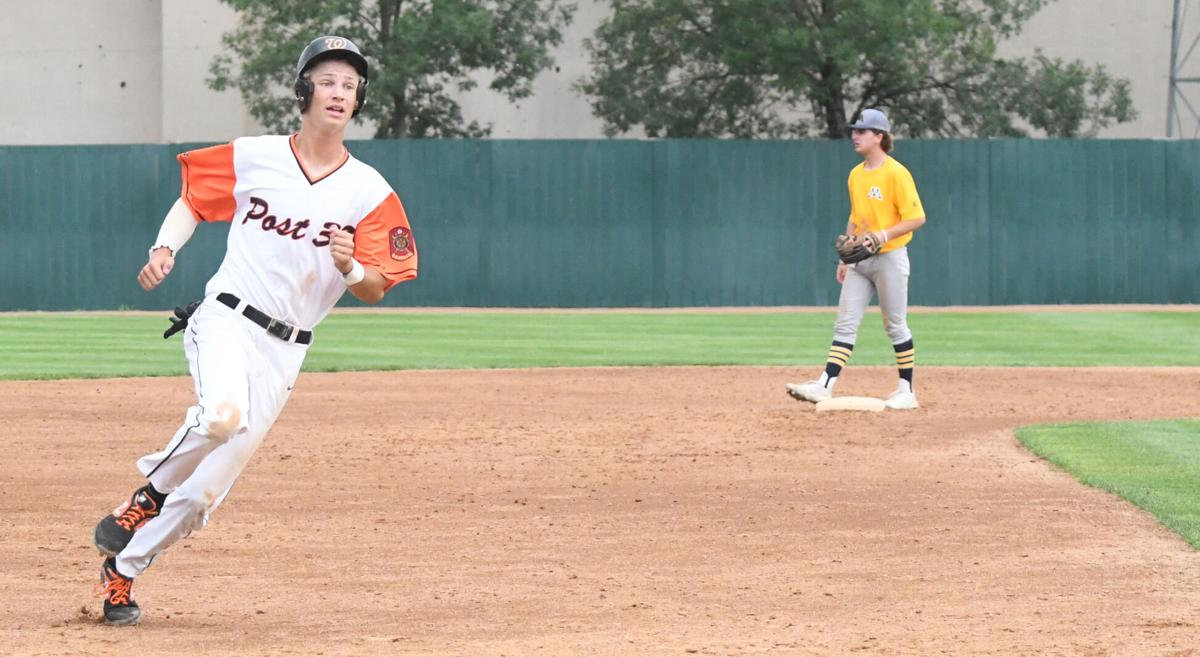 Kadin Finders runs to third base during a July 20 Keybirds doubleheader against Minot at the Ardean Aafedt Stadium. 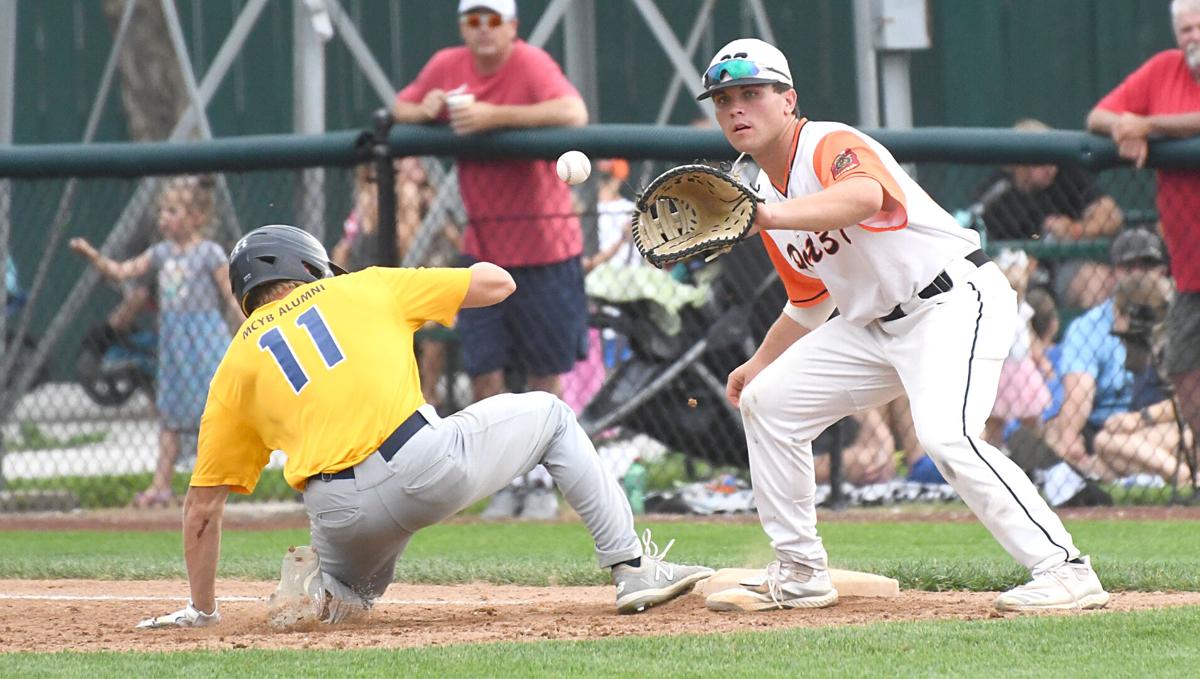 Grant Cymbaluk catches a the ball from pitcher Kyle Mischke in an attempt to tag out a Minot player during a July 20 Keybirds doubleheader against Minot at the Ardean Aafedt Stadium.

Kadin Finders runs to third base during a July 20 Keybirds doubleheader against Minot at the Ardean Aafedt Stadium.

Grant Cymbaluk catches a the ball from pitcher Kyle Mischke in an attempt to tag out a Minot player during a July 20 Keybirds doubleheader against Minot at the Ardean Aafedt Stadium.

The Williston Post 37 Keybirds played some good baseball early this week, splitting doubleheaders against the Bismarck Governors and the Minot Vistas.

In Williston’s wins, everything went right for the Keybirds; the pitchers didn’t give up many runs to opponents, and the Keybirds drove in a lot of runs of their own.

In the 8-1 win over Bismarck Monday, the combination of strong pitching from Micah Larson and a six-run sixth inning propelled the Keybirds to the win.

All statistics referenced are from GameChanger.

Larson had a strong appearance on the mound, giving up seven hits and only one walk. He struck out one batter and only gave up one run in a complete game performance.

Looking at the Keybirds’ own run production, they already had a 2-0 lead going into the sixth inning, and Bismarck’s one run in the sixth wouldn’t have been enough to keep the game going regardless.

But the Keybirds decided to tack on a pretty good amount of insurance for themselves.

The first three batters in the bottom of the sixth reached base for the Keybirds.

Grant Cymbaluk led off the inning by drawing a walk, and Sawyer Hanson and Kadin Finders were hit by a pitch and singled, respectively, to load the bases.

After the first out of the inning, Riley Erickson drew a walk, bringing in Cymbaluk to give the Keybirds a 3-1 lead.

After the second out, Williston scored the other five runs in the inning on a two-out rally.

Bakken singled on a line drive to left field, driving in both Erickson and Collings for a 7-1 Williston lead.

After that, Jaxon Meyer, Cymbaluk and Hanson were all hit by pitches, allowing Bakken to score for the sixth run of the inning.

Bakken and Erickson finished the game with two runs batted in each to lead Williston, and Cymbaluk, Hanson and Collings each had one RBI.

Bakken and Finders led the team with two hits each, and Collings, Meyer, Cymbaluk and Derek Lee each had one hit.

In the 7-1 win over Minot Tuesday, Erickson and Huntor Mapes combined for a great game on the mound.

Erickson got the start, pitching four innings while giving up only three hits and one run. Mapes allowed only one hit in three innings, and each pitcher struck out a batter.

At the plate, a three-run third inning and two-run fourth inning gave the Keybirds all the insurance they needed.

Finders and Tyler Tamez each had two RBIs to lead the team, and Hanson, Lee and Chris Combs each had one RBI.

Bakken, Finders, Tamez and Lee each had two hits, and Collings and Cymbaluk each finished the game with a hit.