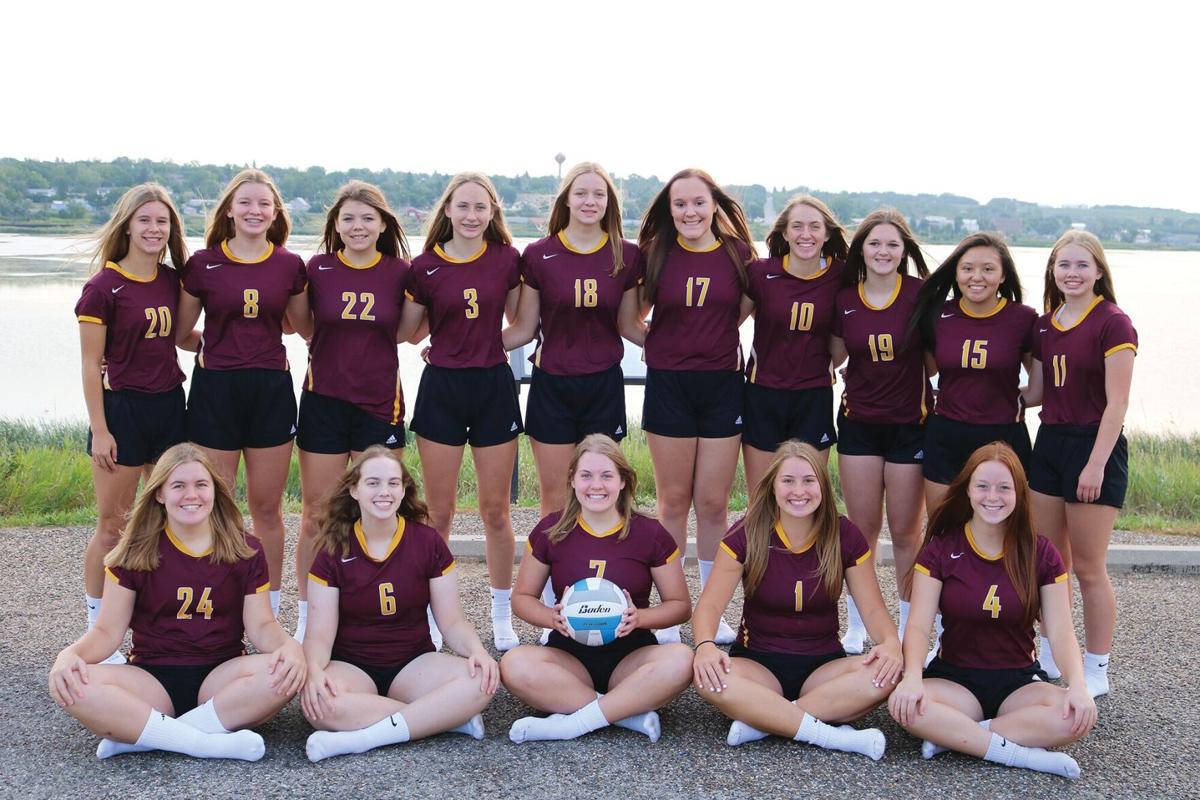 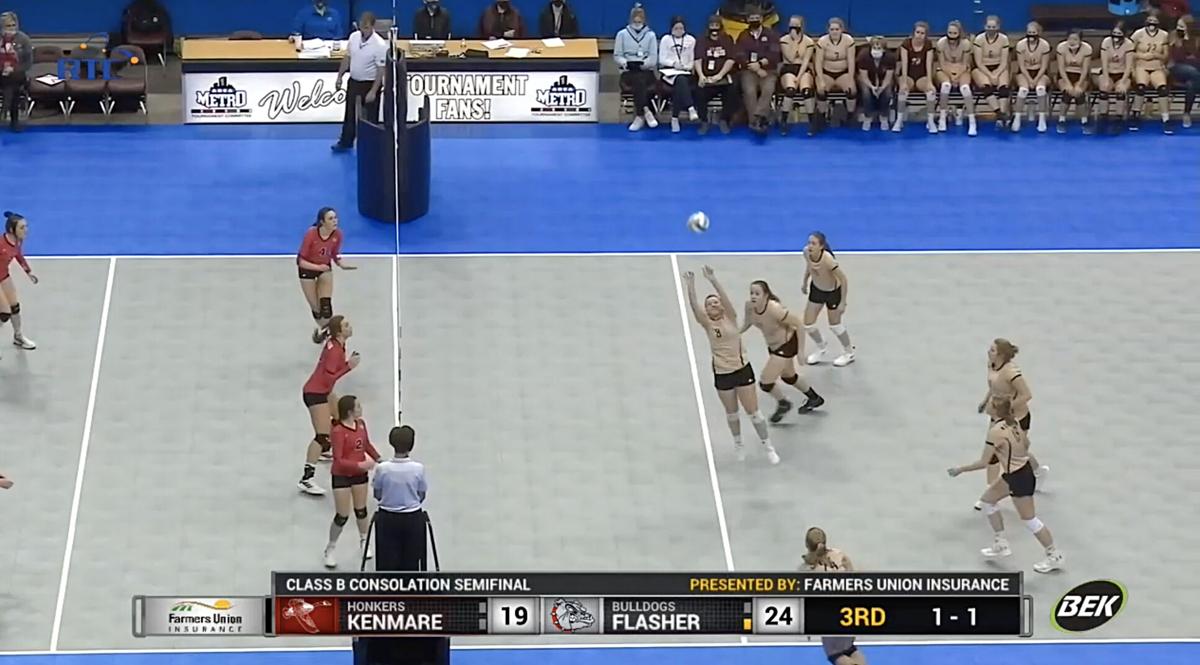 Kate Zimmer, No. 8 for the Kenmare Honkers, sets the ball during the Nov. 20 consolation match against Flasher. Kenmare lost after five sets. This is a screenshot taken from the BEK livestream.

Kate Zimmer, No. 8 for the Kenmare Honkers, sets the ball during the Nov. 20 consolation match against Flasher. Kenmare lost after five sets. This is a screenshot taken from the BEK livestream.

Kenmare will have a shot at seventh place in the North Dakota High School Activities Association Class B Volleyball Tournament after losing its consolation match against Flasher Friday, Nov. 20.

The Honkers entered the tournament as the District 16 and Region 8 champions, finishing with an undefeated district and region record (but they lost their first two out of district and region games of the season against Rugby and Des-Lacs Burlington schools).

The NDHSAA tournament started on Nov. 19 and Kenmare played Langdon Area/Edmore/Munich in the quarterfinals.

While Langdon advanced to play Thompson High School in the semi finals, Kenmare played against Flasher in the first consolation match in the tournament for a shot at a fifth or sixth place spot.

Friday’s match was long and intense. It went into five sets but eventually Flasher came out on top in the fifth and final set, taking the win.

And, it truly was a back and forth kind of game.

The fifth set started off much like the earlier four sets. The scoring was very close for both teams and for the early part of the set it looked like it could be anyone’s game.

But when Flasher took a two-point edge and eventually brought the score up 12-7, suddenly Kenmare was in trouble.

Kenmare managed to stay alive with a few great kills, and a big-time ace from Kate Zimmer toward the end of the set, which brought the score up a little bit for Kenmare. However, the score also rose for Flasher and the Bulldogs won the set 15-11.

Kenmare’s Megan and Kate Zimmer have shown up on the court all season and have proved that they truly are a dynamic duo.

They have led in the stats for the Honkers, mesh well together on the court and contributed to Kenmare’s undefeated district season for District 16.

But they weren’t alone during tournament play.

The Kenmare Honkers significantly held their own against Flasher, and with players like the Zimmer sisters, Sierra Skar and Brenna Stroklund, Kenmare made it look easy.

Amber Houck was also able to put the ball down in the match against Flasher.

Stroklund, Skar and Megan shared the same number of kills with 14 each and Houck had nine. Skar also had four aces, the most for the team.

Kenmare still has a chance to place in the tournament and will take on either Dickinson Trinity or Our Reedemer’s at 10 a.m. Nov. 21 at the Fargodome.