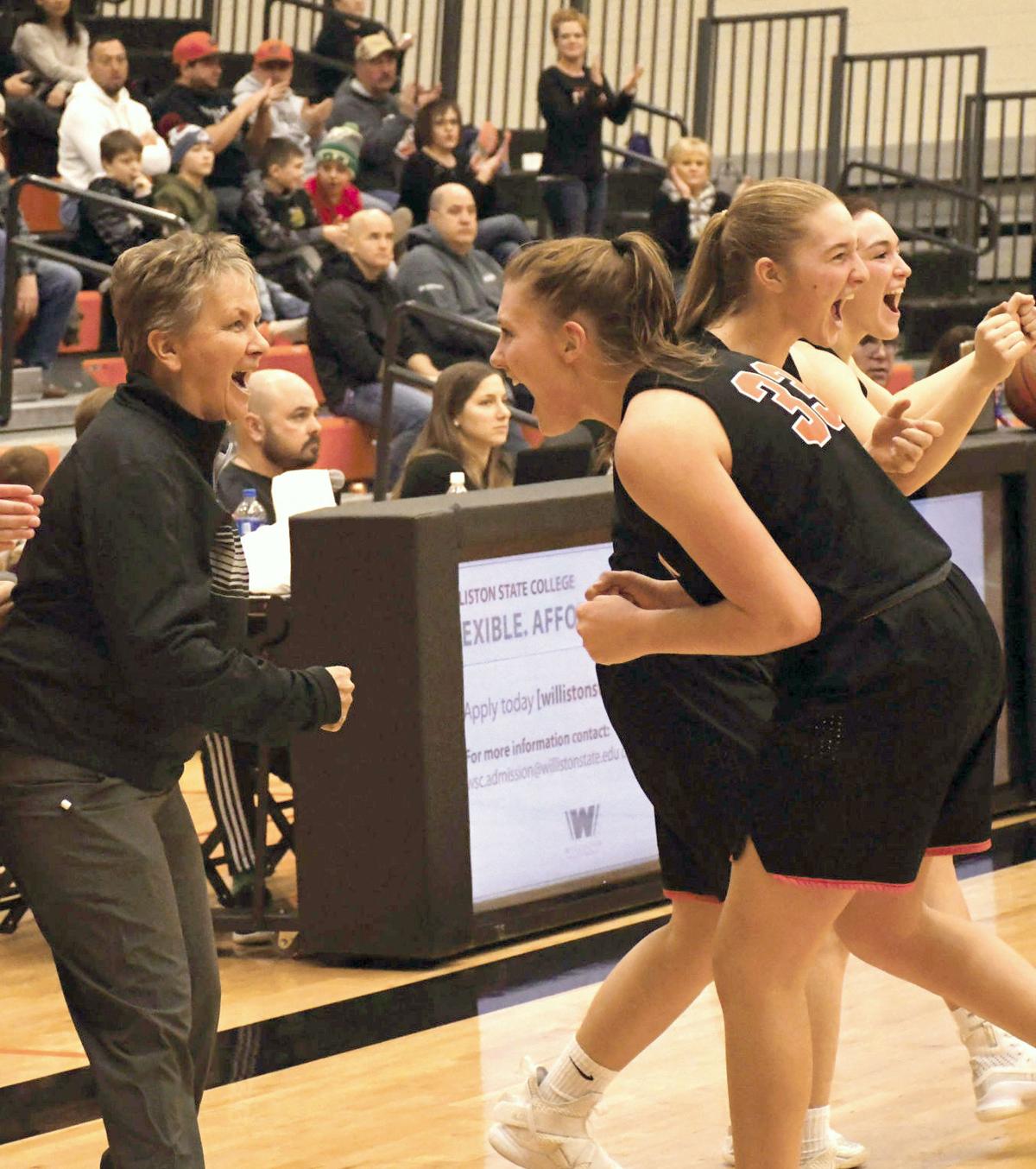 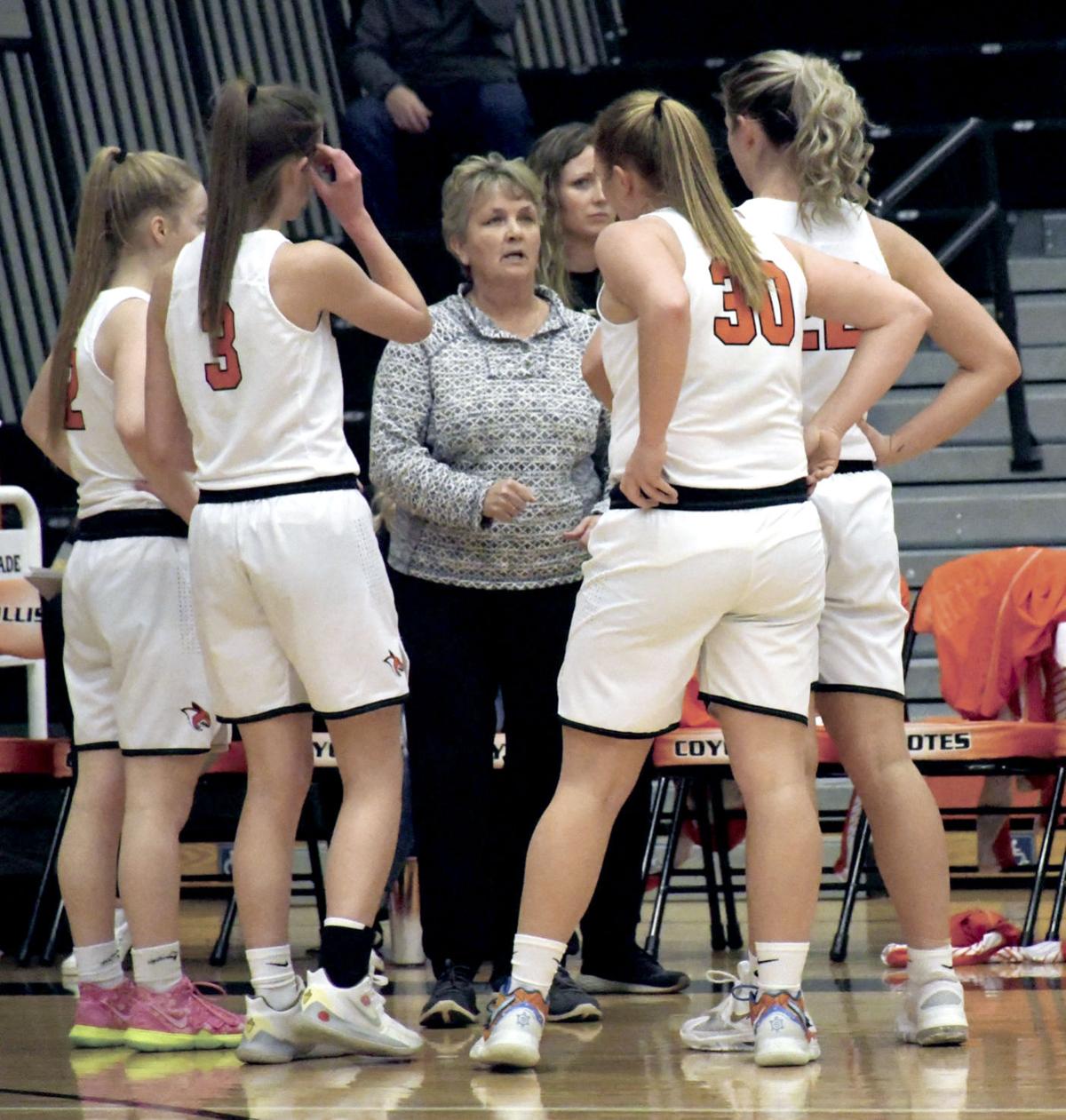 During the 2019-2020 season, Luanne Axelson (middle) gives instructions to her Coyote varsity players during a break in the action.

During the 2019-2020 season, Luanne Axelson (middle) gives instructions to her Coyote varsity players during a break in the action.

After four years as head coach of the Williston Coyotes’ varsity girls basketball squad, Luanne Axelson is moving on.

She explains her main purpose for taking over the team was to get the club back to a competitive level. Once that objective was accomplished, she felt satisfied with leaving.

“I think I left a good, solid foundation for the next coach to come in and build off of what we had done,” Axelson tells the Williston Herald. “I honestly only planned to be there for three years, but I thought I owed it to the senior group to stick with it for an extra year, so I came back to coach them for a final season last year. And I had already told the players of my intentions, so it wasn’t a surprise to the girls on the team that I would be stepping down.”

Prior to her tenure at Williston High, Axelson served as the head women’s basketball coach at Williston State College. There, she helped lead the Tetons to the Sweet-16 round of the NJACC National Tournament in 2012-13, was named conference, region and district coach of the year, and produced two All-American players. As a collegiate athlete, Axelson also played basketball for the Tetons before moving on to play for the University of Mary in Bismarck.

The former Coyotes coach states that one of her club’s best highlights came during the 2018-2019 season as Axelson guided WHS to their first Class A tournament appearance since 2010. The coaching mentor says the experience of going through that season was one of the most rewarding moments of her time with the program.

“By mid-season, we really started to figure it out, and we had such great talent on that team,” Axelson adds. “It was really exciting for the kids to have the opportunity to play on a big stage like that in Bismarck.”

Having also coached other sports such as volleyball and swimming, the former collegiate athlete and retired coach says this is the first time in a while that she has had plenty of free time to engage in other hobbies such as hiking, boating, and riding horses and motorcycles. Along with Matt, her high school sweetheart and husband of 36 years, the couple also enjoys making time for their three grandkids.

“I have not had a lot of years like this where I can basically do whatever I want,” Axelson laughs. “We love to spend as much time as we can with the grandchildren, and we get to do a lot of family activities, so that is really special.”

Although she has stepped away from the game she loves, Axelson says she is open to the possibility of a coaching comeback at some point. Whether it happens to be basketball, or another sport, the long-time basketball coach states her passion for competitive endeavors is still alive and well.

“After all these years coaching, I feel like I am still energetic and I have something to offer,” Axelson adds. “So if I can benefit a program in some way, I would definitely consider it. Never say never, that is my motto.”