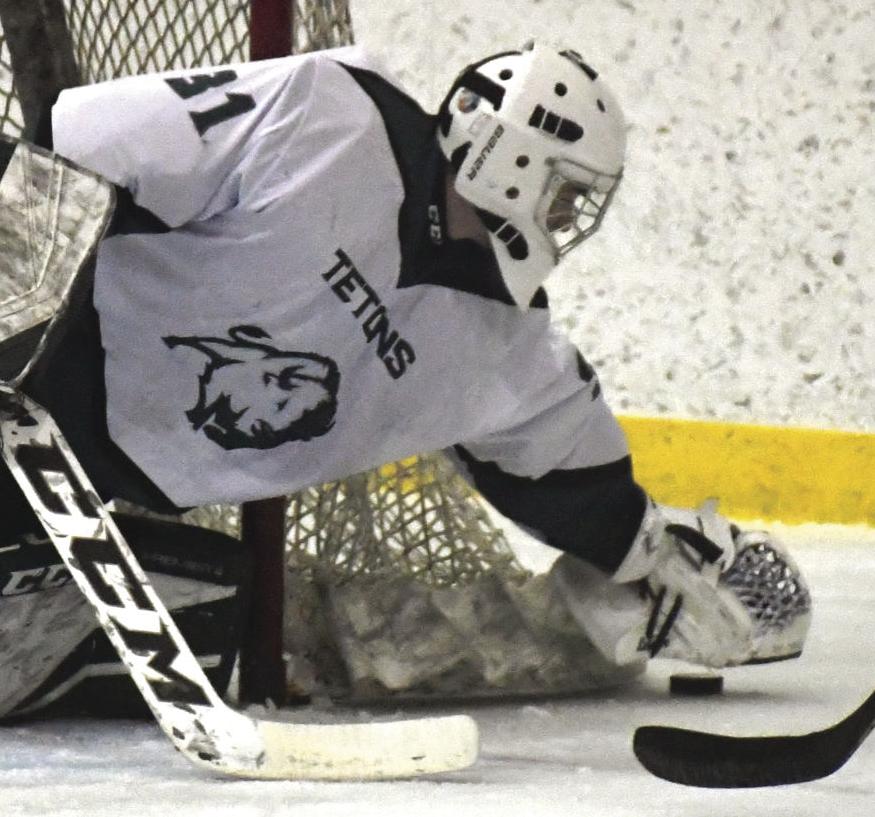 In a home game from earlier this season, Tetons freshman goalie David Allaire collects a puck near the net. Meanwhile, WSC head coach John Bowkus says his team needs to step up their level of play in order to qualify for regional competition later in the year.

In a home game from earlier this season, Tetons freshman goalie David Allaire collects a puck near the net. Meanwhile, WSC head coach John Bowkus says his team needs to step up their level of play in order to qualify for regional competition later in the year.

The Williston State College Tetons hockey team has had a rough go of it during the 2019-2020 campaign, having lost six of their last seven games.

Starting on Friday, Jan. 17, the Tetons are scheduled to begin play in the Big Mountain Classic Showcase, a tournament in Colorado.

While WSC gets ready to embark on a grueling schedule with four games in as many days, the Williston Herald asked Tetons head coach John Bowkus for his thoughts on the season, as well as what WSC needs to do to have a successful tournament run. Here is what the coach had to say via email.

It’s been a tough season on the ice so far, what have been some of the main hurdles for your club this season?

Bowkus: We have had a lot of hurdles. Our biggest hurdle is that we only have five veteran players with one year of experience or more. We have had a lot of injuries, and have even had to reschedule games for the first time because of it. Our goaltending has been OK, but not at a level that can steal a game for us.

Can you give us a sense of what the morale of the team is like at this point?

Bowkus: The morale has been good. Everyone wants to win, so you know that everyone is trying their hardest.

What are some positives that you’ve seen that you would like to build on moving forward?

Bowkus: Practices have been competitive and upbeat. We know that all it takes is to win a few games and we still have a chance to qualify for the regional tournament. Our special teams have been really good lately, and our overall game is getting better. We just need to get the results we want.

Which individual players have stood out and made contributions throughout the year?

Bowkus: Everyone is getting their chance to step up and perform. We have not had a full roster all year, so players that usually don’t get as much ice time are having an opportunity to grow.

One player that has really benefited from the playing time is forward Dylan Borseth of Williston. He is almost at a point per game, and is getting better on both the power play and penalty killing.

Heading into the Big Mountain Classic Showcase, what does your club need to do to be successful?

Bowkus: We need to have everyone play at their best this weekend, and we need our goalies to make the saves that they need to make.

I think we also need to play well 5-on-5, and we need to be disciplined during the games. This will be the weekend that decides if we are going to be able to make a run for regionals.