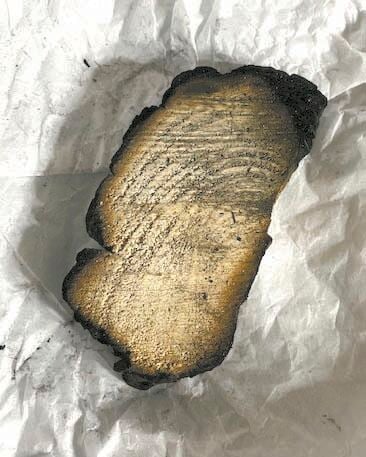 Daphne Johnson Clark used this piece of charred wood from the 2020 Colorado wildfires to create her elk artwork. 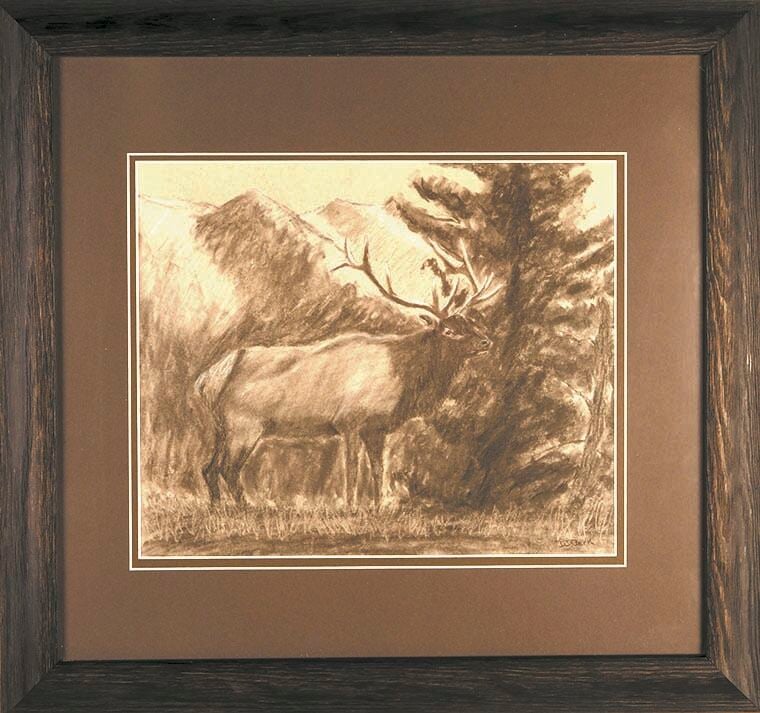 Daphne Johnson Clark used this piece of charred wood from the 2020 Colorado wildfires to create her elk artwork.

A local artist has created a one-of-a-kind piece of artwork to benefit volunteer fire fighters who battled the 2020 Colorado wildfires.

The Ashes to Art Project, co-founded in 2012 by Lori Joseph and Tim O’Hara after the Colorado High Park Fire, seeks artists from across the country to create and donate various forms of art, from paintings to jewelry to sculptures, to be sold in an online auction for charity. The project comes with a unique twist, each piece of art must feature charcoal from the wildfires in some way.

Daphne Johnson Clark, originally from Fairview, Montana, is one of the more than 80 artists who have donated a piece for the auction. Clark was sent a piece of charred wood from the fire, which she used to create the image of an elk, a familiar sight in the Colorado wilderness. Clark said she was contacted about the project, and immediately wanted to take part.

“I found the idea intriguing,” Clark told the Williston Herald. “It sounded like a challenge to draw with charcoal from nature, but it was a worthy project to be a part of.”

The auction runs from May 10 to 15, with all proceeds from benefitting the Poudre Canyon Fire Protection District and the Rist Canyon Volunteer Fire Department. The two volunteer fire departments were financially devastated after for several months to contain and extinguish the wildfires.

“It was an honor to be chosen,” Clark said. “It was a fun project to participate in, and I hope it helps to support their fire departments.”

There are around 100 pieces up for auction, with artists from all 50 states, as well as South America and Great Britain represented. Online bidding for pieces will begin Monday, May 10. Bidding will be open through the week until 8 p.m. (MST) on Saturday, May 15.

Items can be viewed and bid on at the Bidding for Good website: www.biddingforgood.com/auction/auctionhome.action?auctionId=341697649.

Learn more about the project at www.facebook.com/theashestoartproject and visit www.daphneclarkart.com/ to see more work from Daphne Clark.