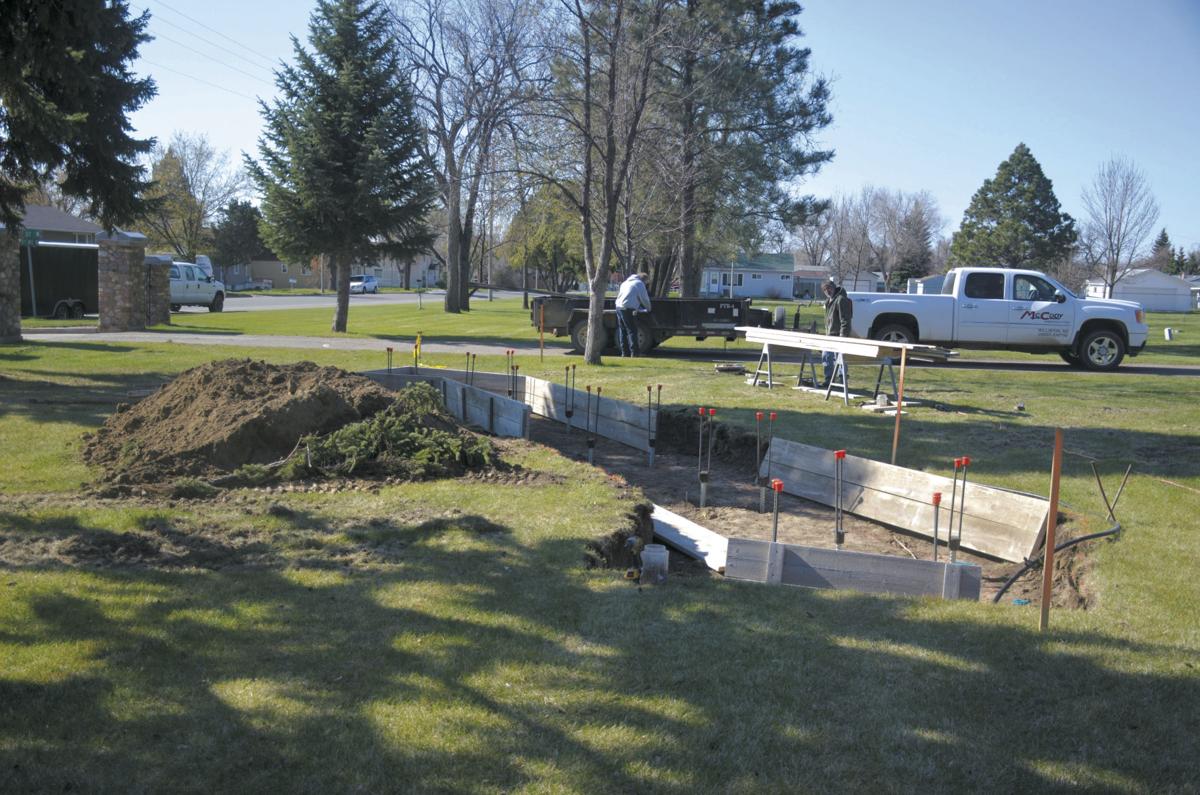 Ground was broken at Riverview Cemetery on Monday, May 6 for the Military Affairs Committee Freedom Monument. Construction will take about eight weeks, with an unveiling planned for August 23. 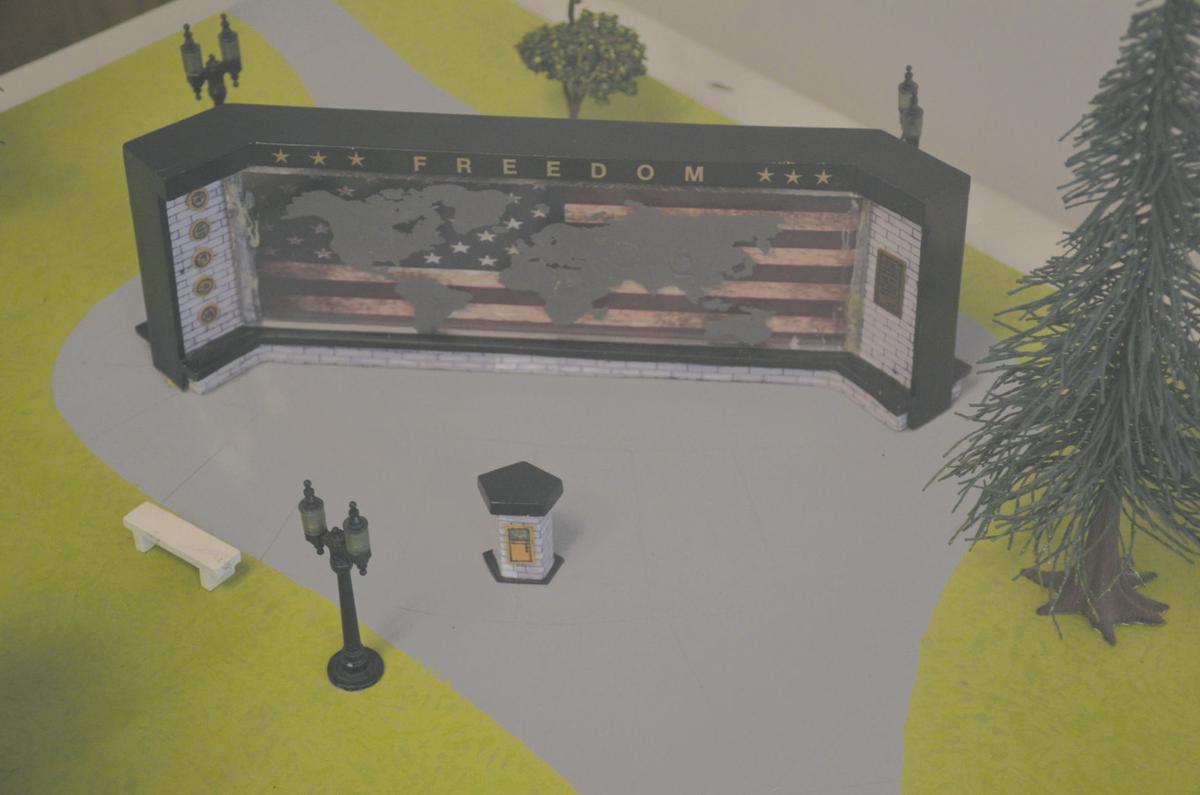 An artist’s model of the Freedom Monument, which will be located at Riverview Cemetery in Williston. An official unveiling of the monument is planned for August 23.

Ground was broken at Riverview Cemetery on Monday, May 6 for the Military Affairs Committee Freedom Monument. Construction will take about eight weeks, with an unveiling planned for August 23.

An artist’s model of the Freedom Monument, which will be located at Riverview Cemetery in Williston. An official unveiling of the monument is planned for August 23.

It may have just been a shovel full of dirt, but that simple scoop of earth signified something very important to many members of the community: construction of the Freedom Monument was now underway.

Ground was broken on Monday, May 8, at Riverview Cemetery in Williston, as crews began preparing the area adjacent to Veterans Plaza for the monument’s installation. The road to completion for the monument has been a long one, with the Williston Area Chamber of Commerce Military Affairs Committee working since 2012 to secure funding for the project.

The estimated cost for the monument is around $250,000, which the committee was able to raise around $70,000 before receiving a donation of $100,000 from the Williston Community Builder’s Festival of Trees event in December 2018.

The monument will be located in the southwest corner of Veterans Plaza, and is designed to honor the combat and peacekeeping missions of service members post-Vietnam war.

Grant Carns, Veterans Service Officer for Williams County, has referred to the monument as being “liquid,” so that any future military actions can be added and commemorated. The monument will also be interactive, showing the location and giving information on each conflict.

Construction will take about eight weeks, Callahan said, with a planned unveiling on Friday, Aug. 23. While plans are still being solidified for the event, Callahan said there will be a ribbon cutting, opening ceremony and speakers to commemorate the event. Callahan said fundraising efforts are still underway for the project, with remaining funds being used to maintain the monument, as well as helping to make updates and improvements to the cemetery as a whole.

“We won’t stop here,” he explained. “The money that is raised for the monument will stay in the cemetery, for whatever their needs may be.”

Seeing the monument finally coming together after almost seven years of designing, planning and fundraising is truly gratifying, he continued.

“This is incredible,” Callahan said. “It’s inspiring to have. I’ve been to Washington, D.C. and I’ve been to a lot of places, and the history behind this is going to be remarkable. I don’t know of any other state-of-the-art facility like this.”

While Callahan has been a vocal and active proponent of the monument, he added that the real credit, and the driving force behind the monument, belongs to Carns, Military Affairs Committee member Steve Slocum, and Amy Wells of First National Bank and Trust.

“I’ve helped them,” he said. “But I’m just the cheerleader for these groups, the drive has really been Grant, Amy and Steve, and it’s been great. And we’re very pleased with the Chamber as well, and they’re going to be a big part of the process. We’re all very excited about this.”

The monument has been a labor of love for Callahan, a veteran himself. He said he felt the Military Affairs Committee is the most important committee he serves on, and hopes that the monument will serve as a reminder of the conflicts the country has endured, and gives honor to those who have fought for our freedom.

Because of incorrect information provided to a reporter, the name of the business one of the proponents of the Freedom Monument was incorrect. Amy Wells works for First National Bank and Trust.