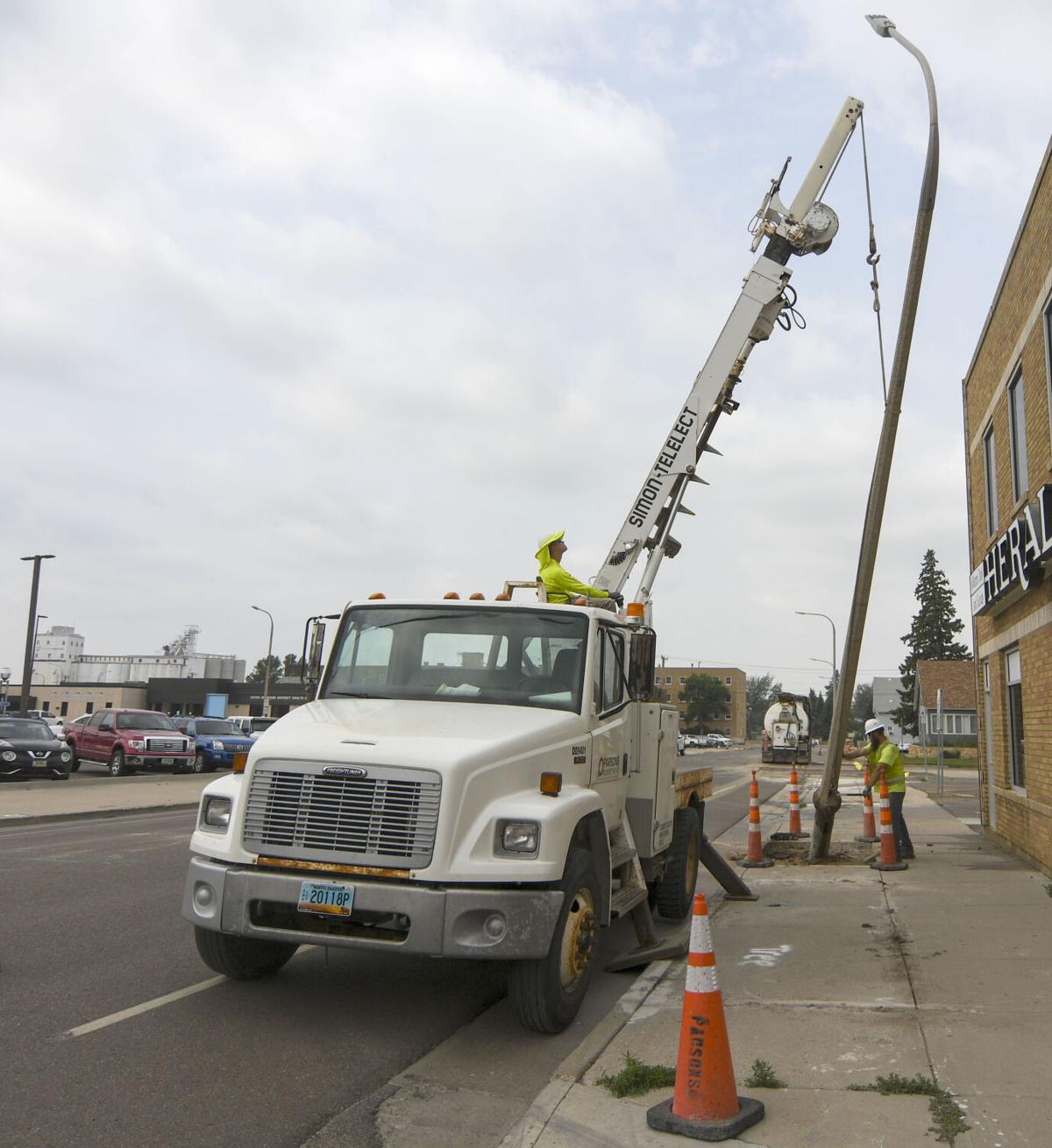 Workers take a lamp post down as part of a street improvement project. 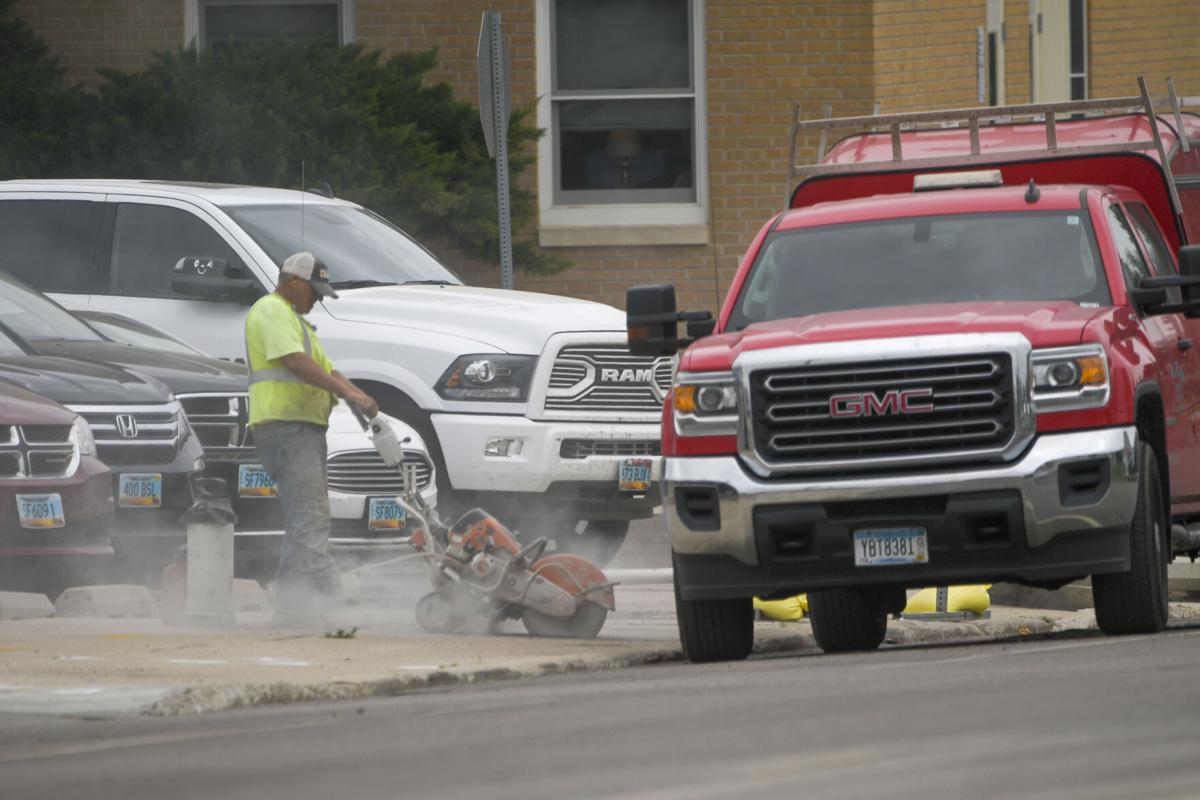 Workers take a lamp post down as part of a street improvement project.

The City of Williston shared updates regarding some ongoing and upcoming construction projects happening within the city.

Construction on Fourth Street West as part of the Fourth Street Cultural Corridor project began on July 15 and is scheduled to last until early September, depending on weather.

This project consists of the installation of curb bulb outs, trees and streetlights as well as minor curb, gutter, and sidewalk repairs along Fourth Street West from Main Street to Second Avenue West. The project contractor is Ti-Zack Construction, and the project is primarily funded by two grants from the North Dakota Department of Transportation.

Work began on Second Avenue West and will continue to Fourth Street West, starting from the centerline to the sidewalk on the north side first. Traffic flow restrictions on Fourth Street West can be expected throughout the duration of the project.

In addition, the parking lot located alongside Fourth Street West to the south is scheduled to be closed for three weeks beginning the first week of August. Work will entail resurfacing the parking lot, moving the driveway aprons and drive aisles, installing new lights, and restriping the parking lot.

The 2021 asphalt and striping project is scheduled to start on Monday, July 26 and is part of the city’s annual asphalt maintenance and preservation program. Asphalt sealing is a type of pavement surface treatment and is a fast-moving process.

Property owners are requested to observe and follow the no parking signs placed as part of this project. As areas are sealed, they will not be available for parking for about an hour. Striping will follow once the seal coat work is complete.

The contractors for this project are Asphalt Preservation Co. and Traffic Safety Services.

Work inside Williston Square is ongoing. The City stated that sanitary sewer is installed and water and stormwater sewer piping is currently being installed on Third Avenue West.

Excavation and grading required to build stormwater detention ponds is nearing completion. Once the ponds are complete, work will begin on rough grading various road sections throughout the Square.

This project consists of the construction of a new 2-million-gallon water reservoir in the northeast corner of the intersection of 32nd Avenue West and 42nd Street West near the Municipal Golf Course. Construction is scheduled to be completed in November 2021, weather depending.

The new reservoir will be concrete and will have a sledding hill installed on the south/southeast side of the structure. A security fence will be installed around the remaining portions of the tank.

Installation of approximately 1,400 linear feet of 16-inch PVC watermain pipe has been installed as part of this project to tie the reservoir into the existing City system to the south and expand current water system capacity. The floor slab and foundation work is complete with work beginning on the installation of the tank walls.

DN Tanks is the contractor for this project.