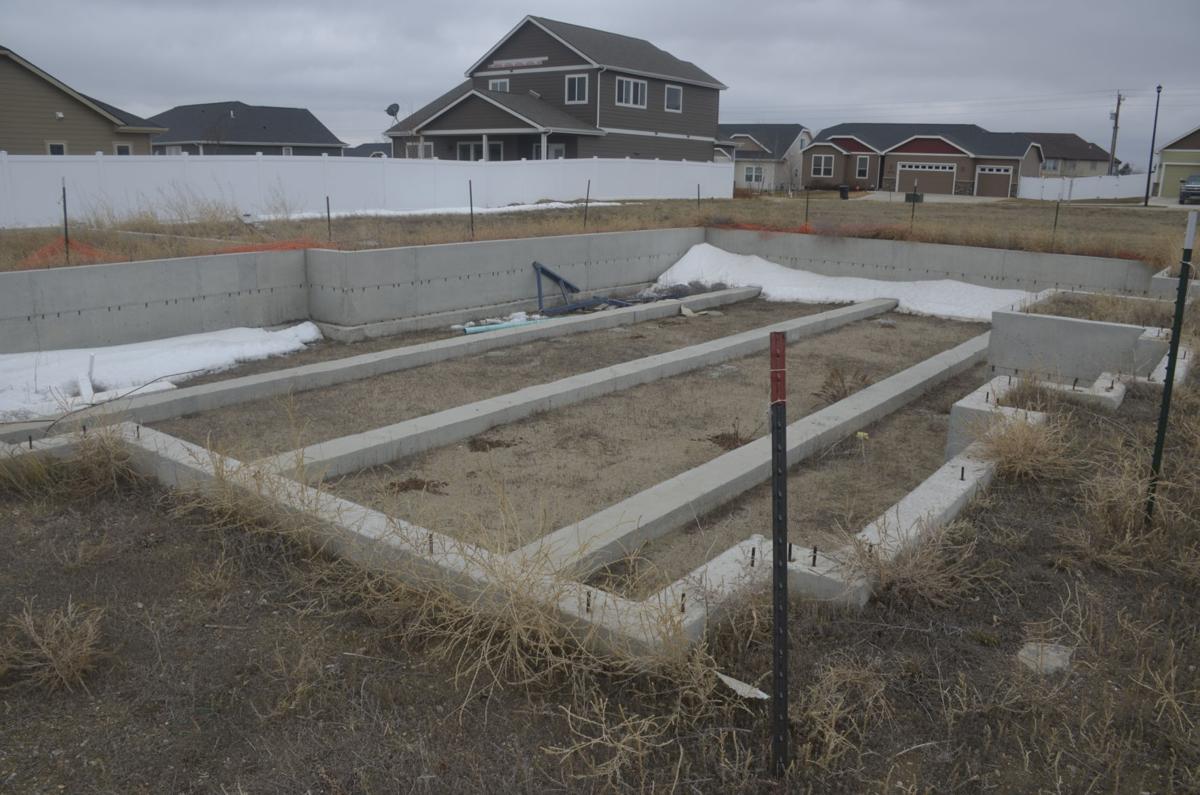 A vacant basement foundation located at 510 Wyatt St. was deemed as a dangerous property by the Williston City Commission. 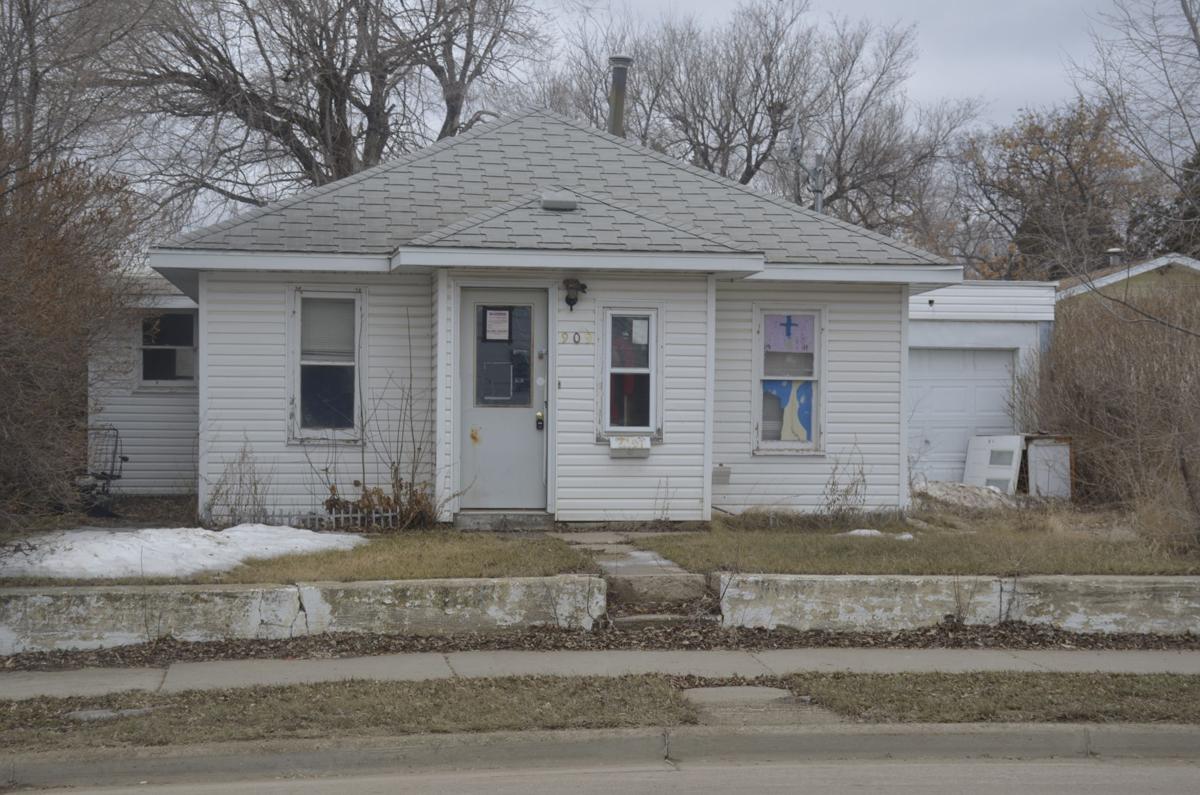 The city commission declared a home located at 909 Sixth Ave. W as a dangerous building due to work that was not completed to make the property habitable. 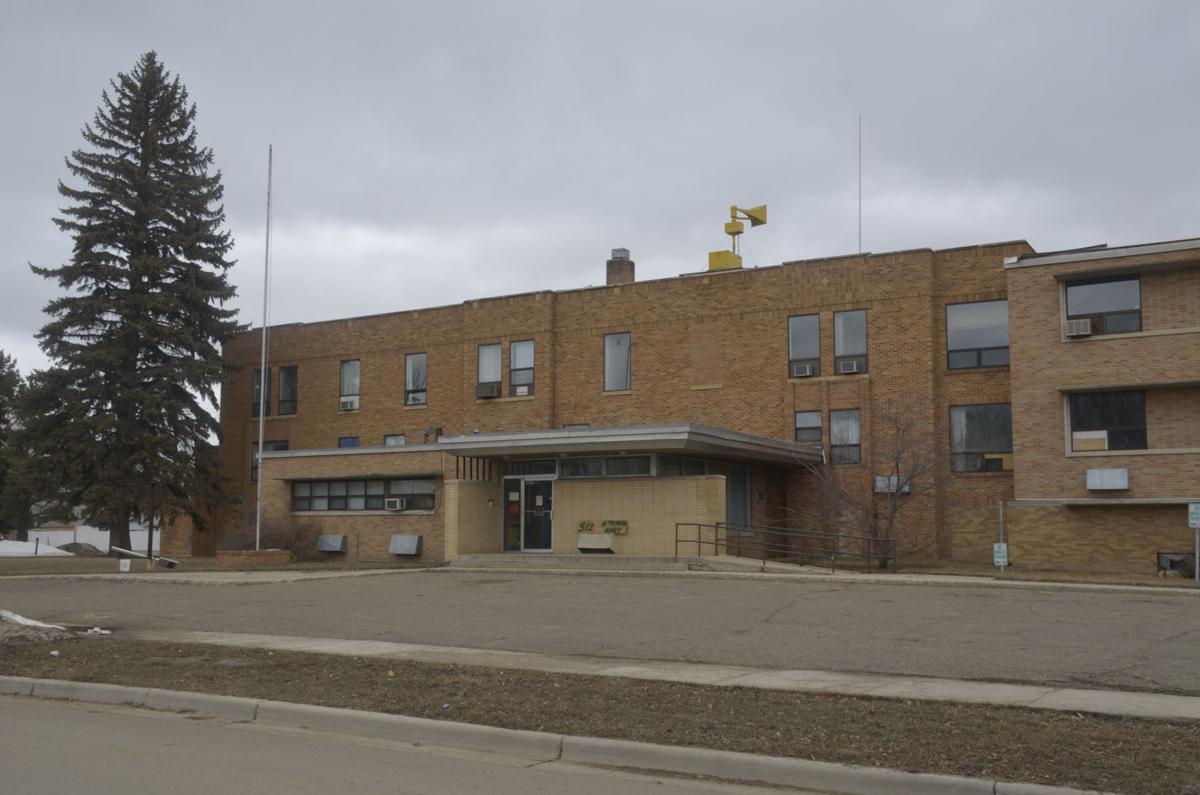 The former Law Enforcement Center, located at 512 Fourth Ave. E, is a dangerous property, as declared by the Williston City Commission.

A vacant basement foundation located at 510 Wyatt St. was deemed as a dangerous property by the Williston City Commission.

The city commission declared a home located at 909 Sixth Ave. W as a dangerous building due to work that was not completed to make the property habitable.

The former Law Enforcement Center, located at 512 Fourth Ave. E, is a dangerous property, as declared by the Williston City Commission.

Three properties, including the former Law Enforcement Center, were declared dangerous by the Williston City Commission.

At the city’s meeting on Tuesday, March 26, City Attorney Taylor Olson, joined by Development Services Director Mark Schneider, presented the commission with three properties that were determined to be a danger. As with previous hearings before the commission, Olson outlined the ordinance which governs dangerous property, and she and Schneider provided recommendations for how the city can move forward.

For each of the properties, Olson stated that the attempts had been made to contact the property owners, providing them with information as to why their properties were deemed dangerous, and how they could attempt to remedy the situation.

“These are properties that came to my office because of non-compliance with notices that were sent out to property owners,” Olson explained to the commission. “A lot of these cases have been open for a very long period of time. These are all properties which the city building inspector has deemed to be a dangerous property. At this point, the city commission can do a few things; they can order (the property) to be repaired, vacated or demolished.”

According to an affidavit provided to the commission by Olson and Schneider, the first property in question, located at 909 Sixth Ave. W, has had a dangerous building case opened since June 25, 2015. The affidavit stated that the case was opened due to the fact that the properties utilities had been shut off and the garage was falling over.

The document further stated that while the owner, Joshua Lawrence, had completed some of the necessary repairs, but the work to make the building habitable had yet to be done. The city received complaints in July of 2018 that someone was living on the premises, despite the home being placarded as a dangerous building.

The second property, located at 512 Fourth Ave. E and owned by JTM Properties, Inc., was declared a dangerous property in 2013, according to the affidavit provided by Schneider. At that time, the premises was placarded to prevent people from entering. According to Schneider’s memo, the property, which is the former Law Enforcement Center, continues to be a danger as “the property is in further disrepair, with windows continuously being broken out and reports of people entering the premises.”

Schneider advised the commission that owners had paid the taxes on the property in full, as well as a $31,250 bond that is paid in full. He added that JTM Properties had submitted drawings and reviews for a demolition plan for the property, and that the owners would be traveling to Williston in mid-April to discuss a schedule and sign a contract for the building’s demolition.

“I believe we’re making forward progress on that,” he explained. “I would love to continue to work with these people and try to get something, maybe a schedule within 30 days and have them start demolition within the next 60 days.”

Commissioner Deanette Piesik asked Schneider about safety concerns from the demolition, as the property sits across from McVay School. Schneider responded that the property owner had requested to meet with the city and the school to discuss how best to complete the work without causing further safety issues, or creating complications when parents drop off and pick up their children. Schneider requested the commission to delay action on the property for a period of 30 days while he meet with the owners and develop a plan of action.

The third property, owned my MVCI, LLC and located at 510 Wyatt St., is an open basement foundation that has sat vacant since October of 2014. Olson said the property was declared dangerous because without any sort of barrier, residents in the area could seriously injure themselves if they were to fall into the foundation. Olson continued that she had been unsuccessful in contacting the property owners, but had published a public notice of the hearing in the Williston Herald in February.

“There has been 26 different entries into our files of different complaints and notices and trying to reach out to these people with no luck,” Schneider told the commission. “There’s been tall grass, there hasn’t been a fence put around it, there’s piles of dirt. My recommendation at this point is to tear it out.”

Schneider stated that the city already had a contract signed to remove the basement, pursuant to verifying that utilities had been shut off to the property. He added that the work could be done as soon as next week, if the commission approved the request. His recommendation to the commission was to remove the basement, backfill the hole and charge the taxes back to the property owner.

The commission voted unanimously to follow the recommendations from Olson and Schneider regarding the dangerous properties.