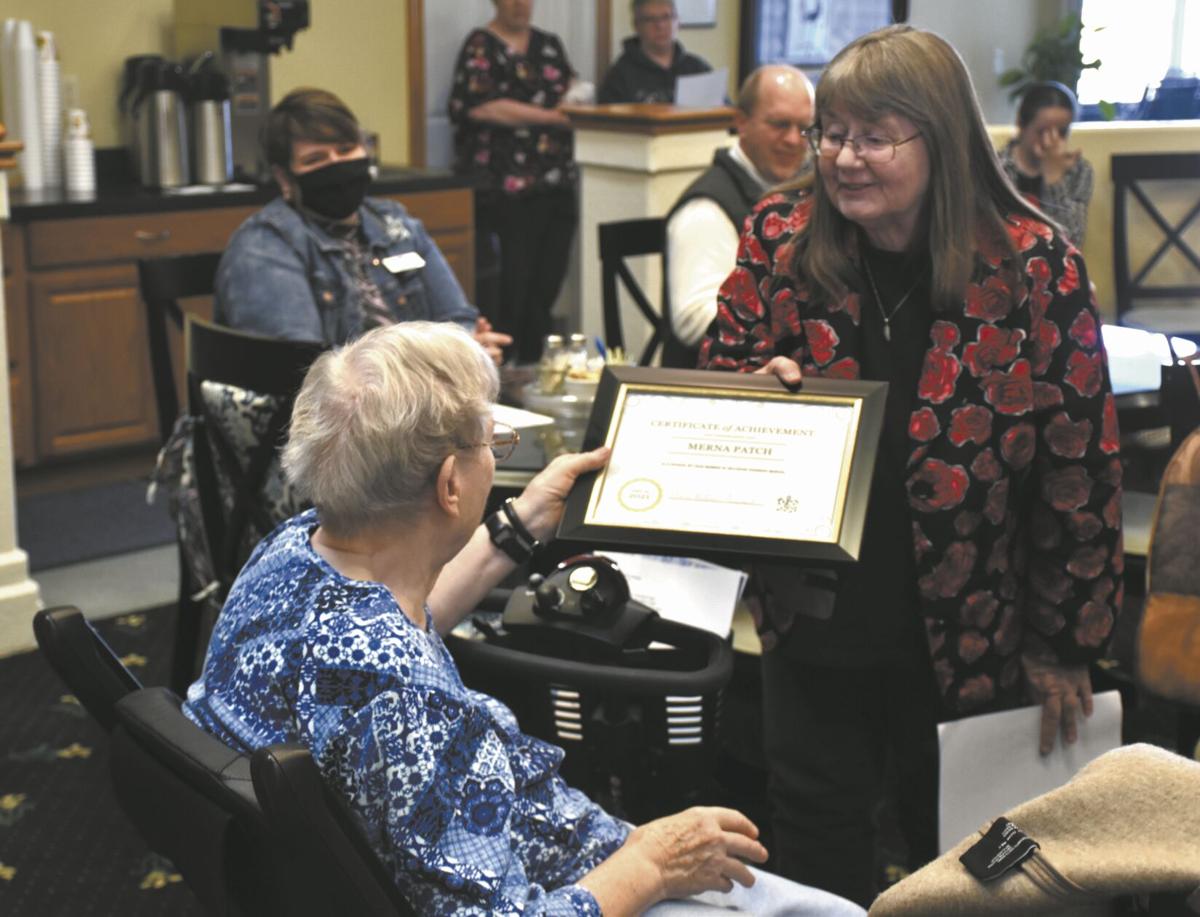 Vivian Kalmik, right, presents Merna Patch, left, with a certificate honoring her 57 years as part of the Thursday Musical Club. "Music is such an important part of my life," Patch said. "It always has been." 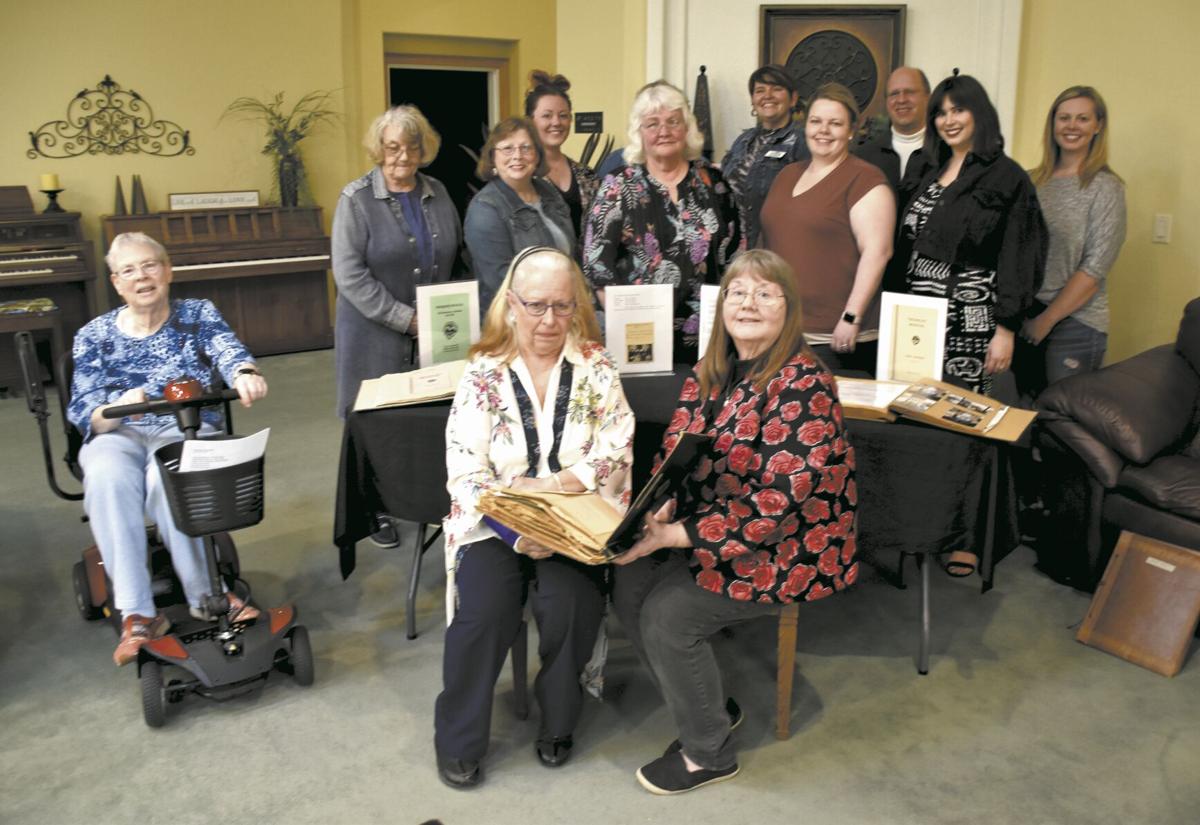 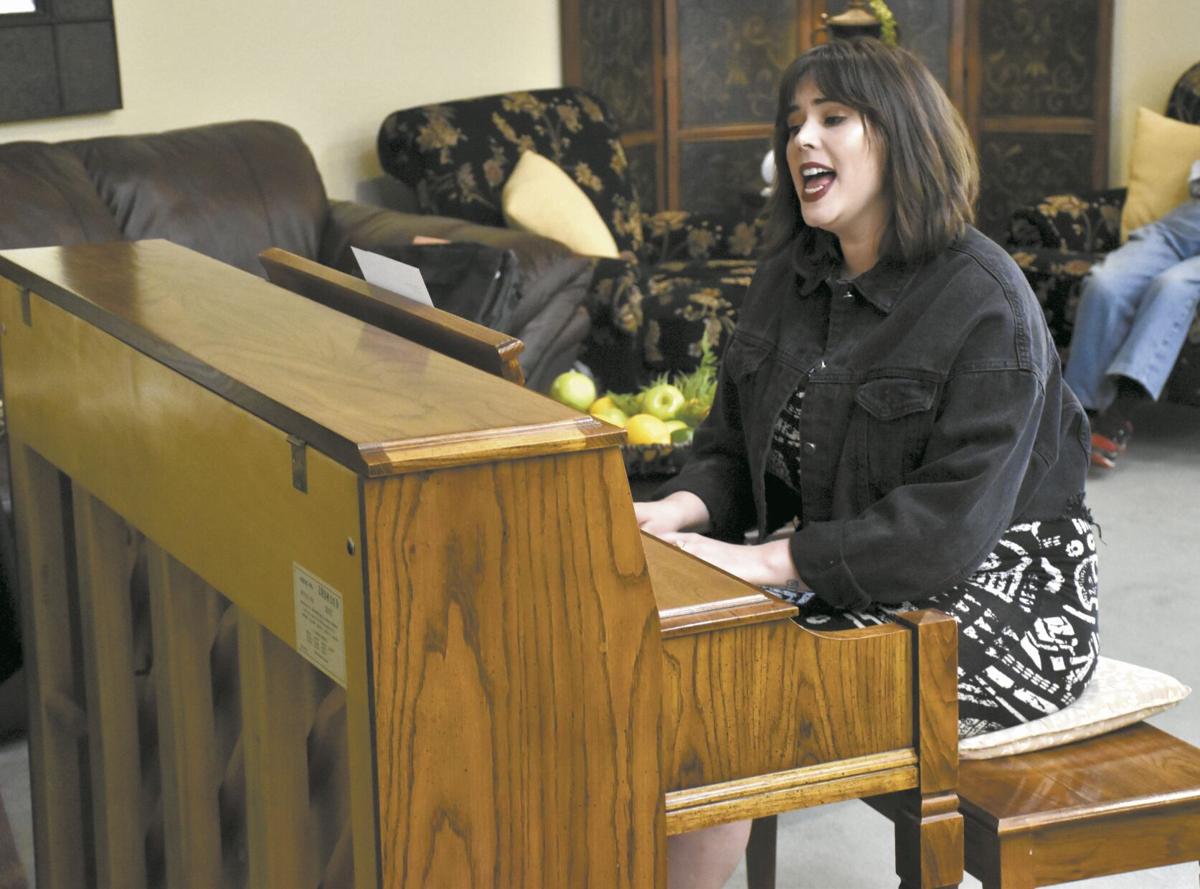 Emily Black-Driscoll performs her original piece, "And There Was Music," in honor of the Williston Thursday Musical Club's centennial. 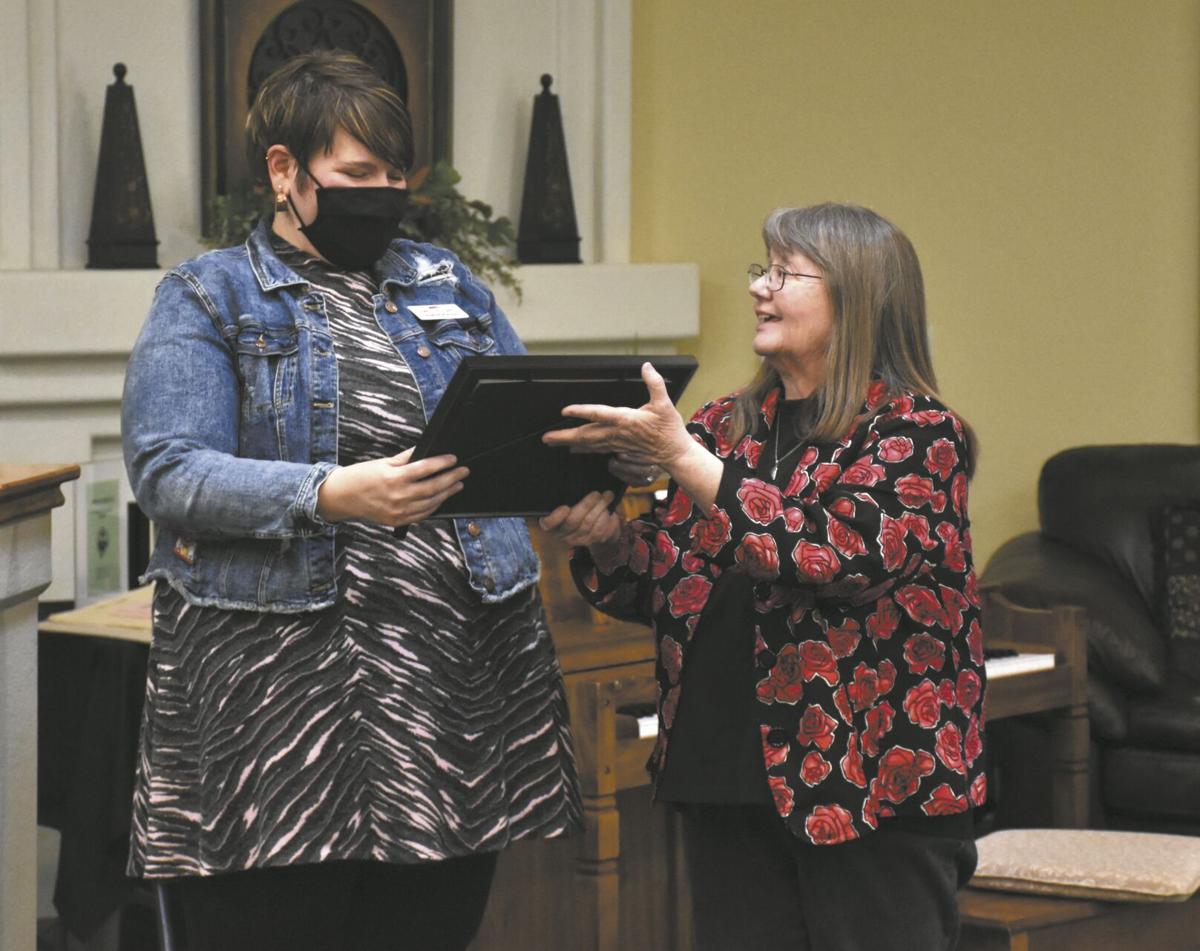 Vivian Kalmik, right, presents Merna Patch, left, with a certificate honoring her 57 years as part of the Thursday Musical Club. "Music is such an important part of my life," Patch said. "It always has been."

Emily Black-Driscoll performs her original piece, "And There Was Music," in honor of the Williston Thursday Musical Club's centennial.

Wednesday, April 28 marked the 100th anniversary of Williston’s Thursday Musical Club, and the group marked the day with a special celebration.

Ten women organized the Club in 1921 to help promote and study music in Williston. Over the next century, the Thursday Musical Club has been instrumental in sharing music with the community, and are responsible for starting Band Day, Williston Strings, Community Concert, the Arion Awards and the Sousa Award. The group met at Briarwood II to celebrate the occasion, with Mayor Howard Klug in attendance to sign a proclamation declaring April 28 as the beginning of the Club’s centennial year.

“It’s very special to have folks like you to keep this tradition alive,” Klug said. “When I was asked to come down and be a part of this, I said absolutely. I’d love to. I’m very honored to be part of this.”

After a brief history of the Club from President Ann Holmen, the group was treated to a special performance from member Emily Black-Driscoll. Driscoll, who is a trained composer, was commissioned to create an original piece for the 100th anniversary, which she entitled “And There Was Music.”

“When I was approached and asked to write something honoring the 100 year anniversary, the first thing I thought about was the history, the women who have gone before us.” she explained. “They’re no longer with us, but we can still feel their influence with us today; and I wanted to find a way to capture the idea that music is eternal.”

Club member Vivian Kalmik spoke in honor of longtime member Merna Patch, who was recognized for being the group’s longest serving member at 57 years. Kalmik presented Patch with a special certificate for her years of service to promote music.

“Music is such an important part of my life,” Patch said. “It always has been.”

Kalmik shared that as she did research for the 100th year, she came across an interesting inclusion in the Club’s original bylaws. The clause states “membership to this club is limited to 10 active members; and the City Librarian shall be an honorary member.”

Kalmik said she quickly put in a call to Williston Community Library Director Andrea Placher, who immediately accepted the invitation to be part of the celebration. With a special certificate and dedication, the Thursday Musical Club inducted Placher as an honorary member, as was 100 years prior with Betsy Baldwin, who served as City Librarian at the James Memorial Library.

“I’m very honored to be welcomed into this very important group,” Placher said. “Music has always been an important part of my life as well, so I’m excited to be a part of this club.”

The Thursday Musical Club has a full schedule of events planned for their centennial year, including Music Week May 2 to 9, a Band Day float, The John Phillip Sousa Awards, a composer camp and many more musical events throughout the summer and fall.