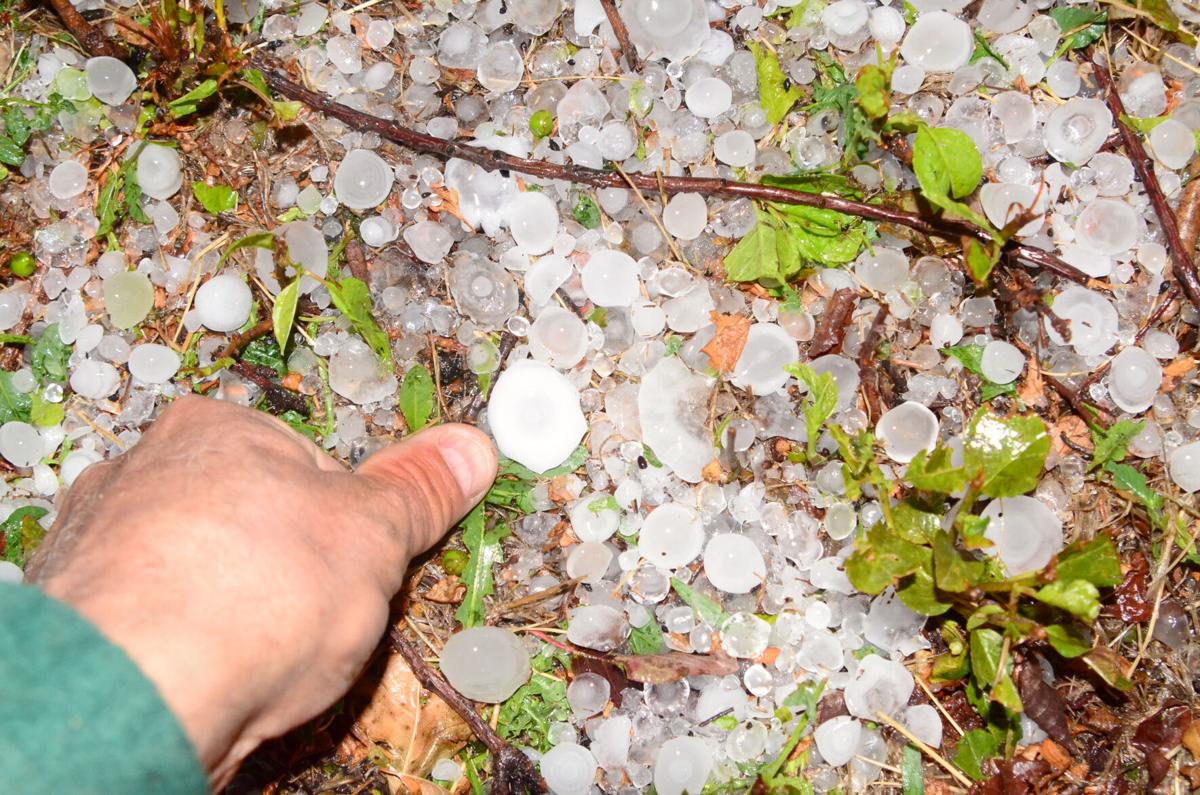 An assortment of hail that fell June 10 in Williston. 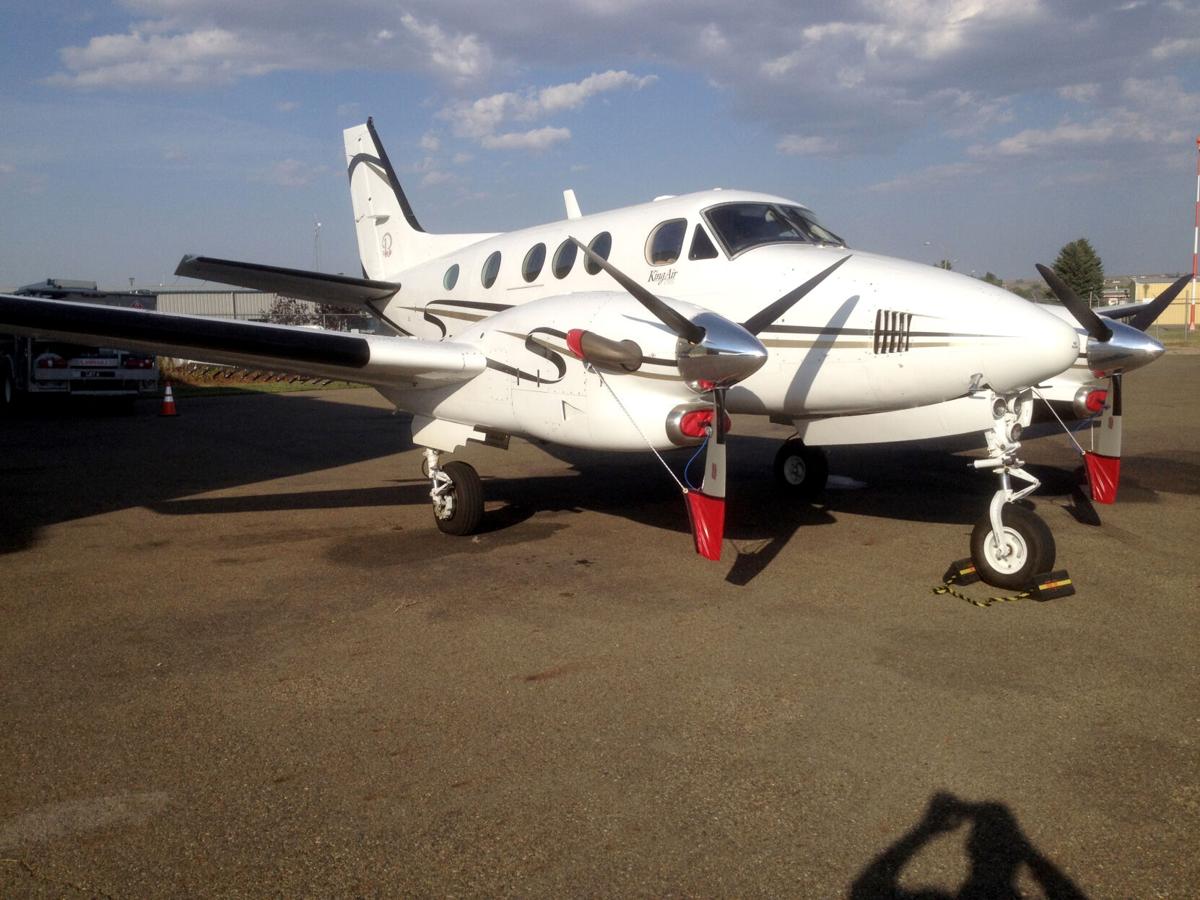 An assortment of hail that fell June 10 in Williston.

Cloud seeding is a highly technical process, and one that many people aren’t familiar with, which can lead to misunderstandings.

In the wake of two storms last week, social media was buzzing with rumors that the state’s cloud seeding program might have had something to do with the intensity of the storms or the damage they caused. That isn’t the case, according to Darin Langerud, the director of the North Dakota Cloud Modification Project.

“In North Dakota, we’re attempting to increase rainfall from convective clouds — thunderstorms — and also reduce the impact of damage from hail that falls from those storms,” Langerud told the Williston Herald.

Here are three things to know about the state’s program.

It doesn’t create rain from nothing

Langerud says he knows each year around June 1, when the program launches again for the year, he’ll get questions from people who are concerned about cloud seeding. But he’ll also get people who want to know why the state isn’t making it rain more.

“You can’t cloud seed your way out of a drought,” he said. “And the reason for that is because you have to have, for a successful cloud seeding program, you have to have clouds that are suitable for producing precipitation that we try to just nudge along, and, improve their performance, basically, through seeding.”

Nor does cloud seeding take rain that would fall on one farm and drop it over another.

“If a cloud seeding program is successful at seeding, and increasing precipitation in the area where it’s intended, in the target area, you’re also seeing a slightly net improvement in precipitation downwind,” Langerud said. “That’s because the seeded cloud doesn’t know where the target area boundary is, it doesn’t know where the county line is at. And the efficiency improvements in that cloud that’s been induced by seeding persists a while downwind.”

Studies have looked at the effectiveness of cloud seeding and found there’s no evidence that cloud seeding that increases precipitation in one place decreases it elsewhere.

A study of crop insurance filing estimated that the project’s efforts reduced hail damage by 45% in the target area over the course of more than a decade. And a paper by North Dakota State University looked at the impact of the program between 2008 and 2017 in the nine counties it operates in. Because of the reduction in hail damage and an increase in rain of between 5 and 10 percent, the program is beneficial, costing $0.40 per planted acre. In District II, which covers McKenzie, Mountrail, and Williams counties, the program flew 325 hours in 2020, with 36 hours of seeding time.

The idea for both rain enhancement and hail suppression is the same: Planes put artificial dust into clouds, and that changes how water groups together. There are two substances used in North Dakota: silver iodide, a substance that has shown no negative environmental effects since studies began in the 1960s and dry ice, or frozen carbon dioxide.

“Silver iodide (solution creates) artificial ice nuclei that provide a crystalline structure on which supercooled liquid water droplets can freeze. Dry ice, which is frozen carbon dioxide, is so cold — -109°F — that it helps create additional droplets from water vapor and freezes those droplets instantaneously.”

For the nine counties the program covers, it used 102.9 kilograms of silver iodide and 3,314.87 pounds of dry ice pellets.

“You can get into a situation where if there aren’t enough of these ice crystals in the cloud, because there’s not enough naturally occurring ice nuclei converting those water droplets into ice, the ones that do convert into ice have a lot of other water to grow with,” he said. “So they can, they can attract a lot of additional moisture and grow them into large sizes. The concept for hail suppression is to introduce more ice nuclei into the cloud, freezing more of these water droplets when they’re small. And there’s there’s many more of them to compete with the water in the cloud and you grow more smaller particles. So you’re spreading the water over a larger number of particles. So you’re reducing the size of them. And then they have when they fall they’ve got you know much more capability and ability to melt either partially or completely before they hit the ground and small hail stones produce a lot less damage and big ones do.”

The process is similar for increasing rainfall.

“The difference between hail suppression and rain enhancement is typically just the scale of the storm that you’re dealing with,” he said. “So you’re using the same materials for producing, you know, converting supercooled water droplets into ice. If those droplets don’t grow to large enough sizes, to ever fall all the way to the ground to be hailstone and they melt completely, then you’re getting a rain enhancement benefit out of that.”