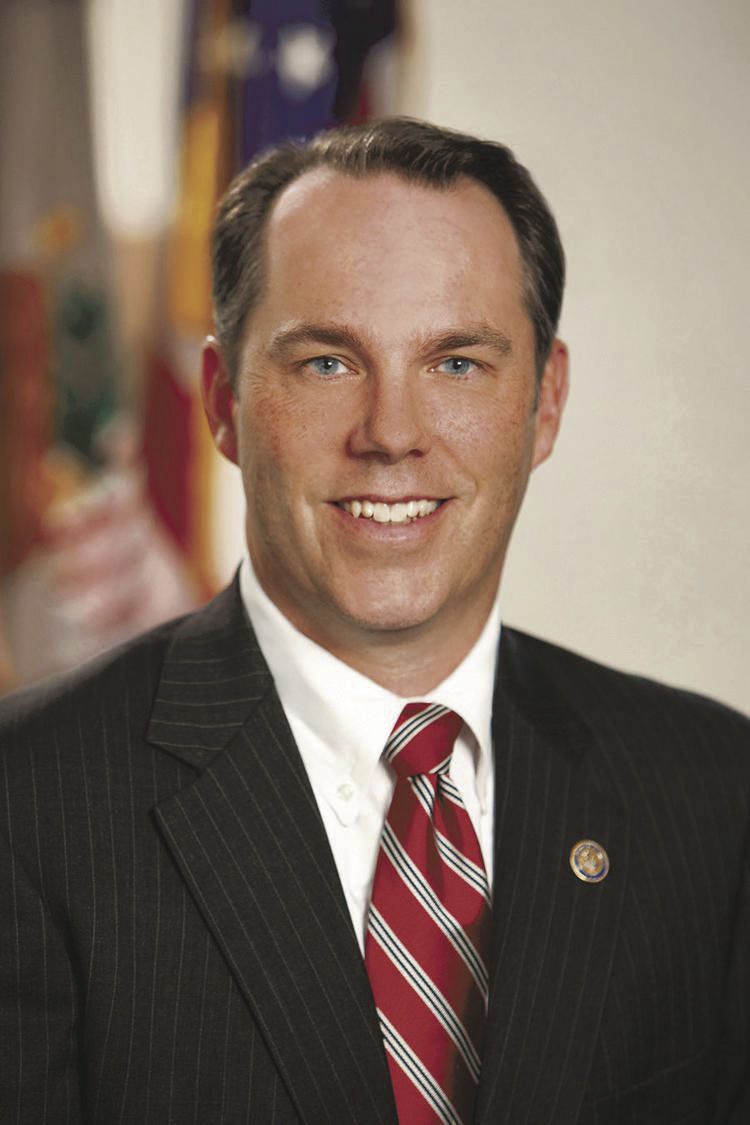 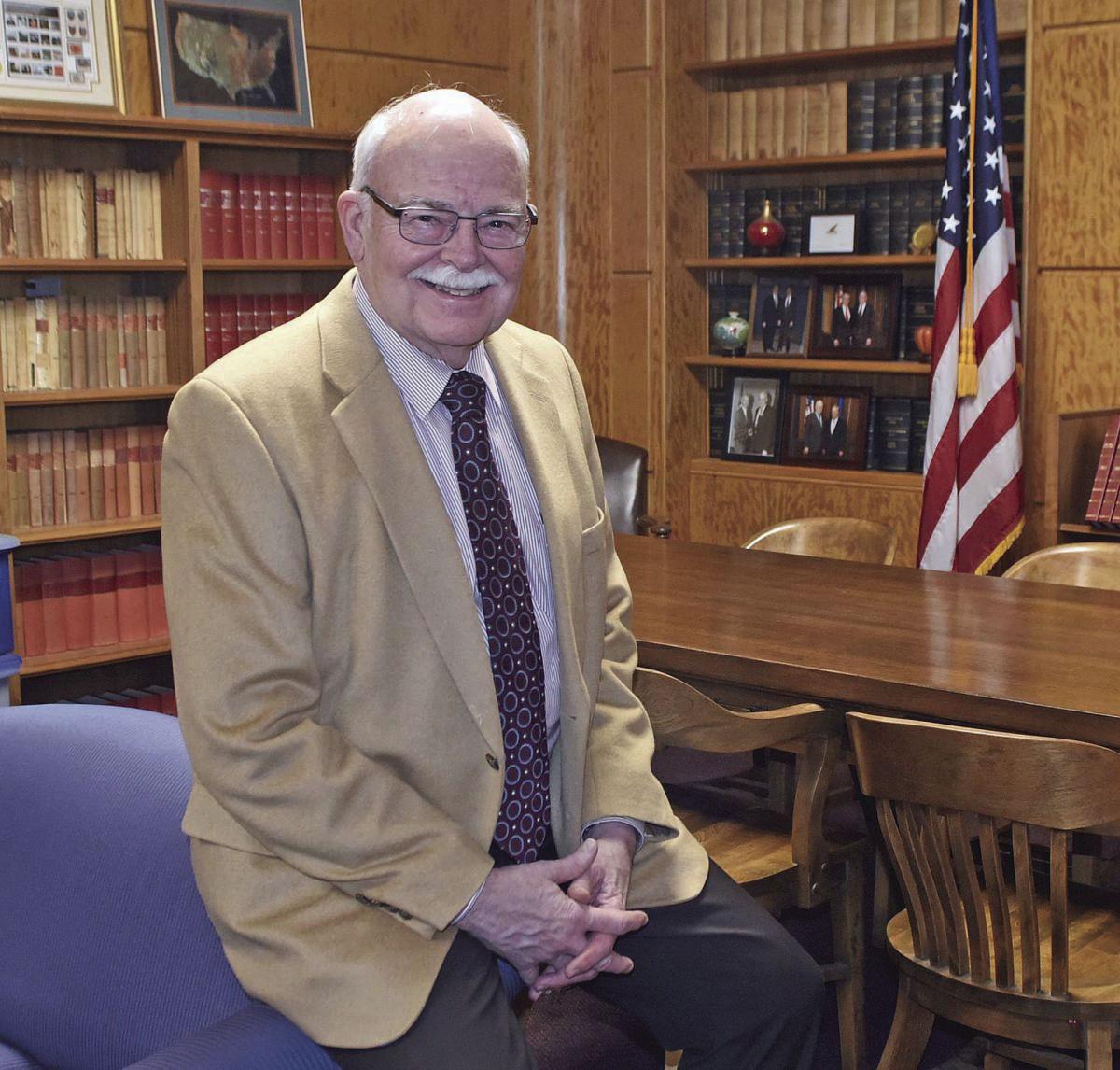 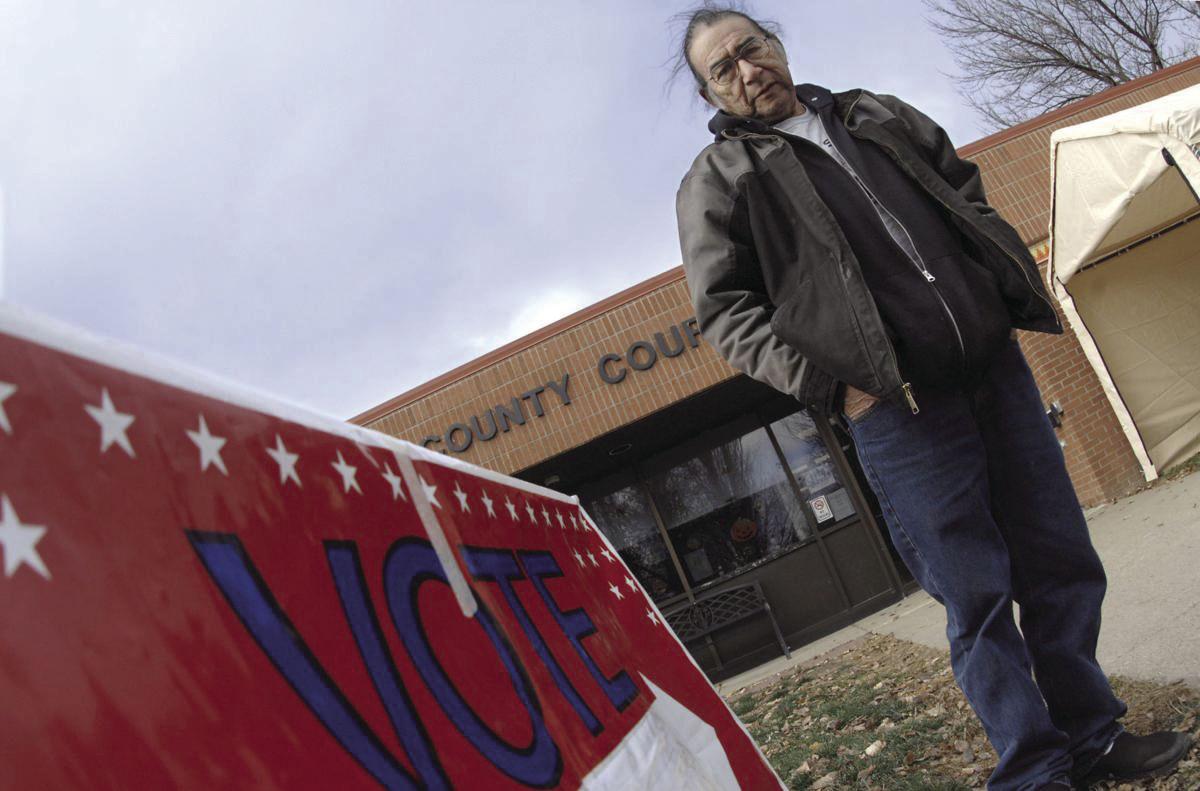 Tery Yellow Fat, a member of the Standing Rock Sioux Tribe living in Fort Yates, shown here in November 2018, is one of the plaintiffs in a tribal lawsuit against the state of North Dakota over its voter identification requirements.

Tery Yellow Fat, a member of the Standing Rock Sioux Tribe living in Fort Yates, shown here in November 2018, is one of the plaintiffs in a tribal lawsuit against the state of North Dakota over its voter identification requirements.

The state of North Dakota and American Indian tribes have agreed to settle two lawsuits over the state’s voter identification requirements.

The crux of both lawsuits is North Dakota's requirement since 2004 that voters have identification with a provable residential street address. That can be hard to come by on reservations, where many streets have no signs, many family members live together, and some tribal members have no permanent address or are homeless. Many tribal members rely on post office boxes as their permanent address, and many don’t have necessary documents such as a birth certificate to get an ID, or they simply can’t afford one.

The agreement announced Thursday in a joint statement by the Spirit Lake Nation, Standing Rock Sioux Tribe and Secretary of State Al Jaeger addresses that and other issues.

A pending court-ordered "consent decree" will "ensure all Native Americans who are qualified electors can vote, relieve certain burdens on the Tribes related to determining residential street addresses for their tribal members and issuing tribal IDs, and ensure ongoing cooperation through mutual collaboration between the State and the Tribes to address concerns or issues that may arise in the future," the statement said.

The secretary of state’s office maintains that the state’s voter ID requirements are needed to prevent voting fraud. Some American Indians and advocates believe the Republican-dominated state government wants to subdue the vote of Native Americans, who tend to support Democrats.

Native Americans make up only about 5% of North Dakota’s population but were key in a narrow 2012 U.S. Senate win by Democrat Heidi Heitkamp. The GOP-controlled Legislature decided just a few months later to stop allowing voters without proper ID to cast ballots simply by signing an affidavit attesting to their eligibility. Lawmakers denied that Heitkamp’s win had anything to do with the decision.

Individual Turtle Mountain Band of Chippewa members sued in January 2016, challenging the rules. A U.S. Supreme Court ruling in that case in October 2018, in the run-up to the November general election that year, allowed the state to continue requiring street addresses, as opposed to other addresses such as post office boxes. However, Justice Ruth Bader Ginsburg said in a dissent that "the risk of voter confusion appears severe here."

That sparked the second lawsuit by the Spirit Lake Nation along with six individual plaintiffs. The Standing Rock Sioux later joined as a plaintiff. The Supreme Court ruling also prompted a large-scale effort by the four large American Indian tribes in the state to make sure their members could vote in the election, which included a race that ultimately helped determine control of the U.S. Senate when Republican U.S. Rep. Kevin Cramer upset incumbent Heitkamp.

The heart of the get-out-the-vote effort were tribal programs to issue qualifying IDs to members. The three tribes involved in the lawsuits and the Mandan, Hidatsa and Arikara Nation provided a total of more than 2,000 voters on the four reservations with the proper credentials for free.

The effort succeeded. There was a large voter turnout on reservations, and advocates who monitored tribal polling sites said it’s likely that only a few dozen people were unable to cast ballots.

The underlying issue remained, however. The agreement to settle announced Thursday came in the wake of two recent significant developments.

U.S. District Judge Daniel Hovland on Monday rejected the state's request to dismiss the Spirit Lake/Standing Rock lawsuit, ruling that the tribes have a right to challenge the residential street address requirement. The case was scheduled to go to trial in May, before the June primary election.

"The federal court setting this case for trial in May ... spurred the emergency rules promulgated by (Jaeger) last week and the state's interest in negotiating," Tim Purdon, an attorney for the tribes, told the Tribune.

The second development was that Gov. Doug Burgum last week granted Jaeger emergency rulemaking authority to incorporate information from tribal IDs into new electronic pollbooks that will be used in the June primary election. The order also gives tribes the ability to quickly verify "set-aside" ballots, which are not counted until the voter proves his or her eligibility. That was a key issue on reservations, where many people lack transportation or live far from polling sites, and had difficulty returning to verify their eligibility.

The day after the state announced it, there was an all-day mediation session at the Capitol involving plaintiffs and Jaeger, lasting until 9:30 p.m., according to Purdon.

The two sides "recognized that the temporary, emergency rules were a first step forward to addressing some of the claims in the two federal lawsuits," Thursday's joint statement said. "At this mediation, the parties agreed to additional terms of settlement aimed at voter protection which will become part of a court-ordered Consent Decree."

Negotiations continued through the weekend and up through Wednesday, according to Purdon.

Jaeger agreed to work with the Department of Transportation to implement a program with tribal governments to distribute free nondriver photo IDs on every reservation within 30 days of future statewide elections, they said. In the 2020 election, Native American voters will be able to mark their residence on a map. The burden will then shift to the state to verify the residential street addresses for these voters and to ensure those ballots are counted.

The consent decree will include details about what the state must do to educate the public and train poll workers on the new procedures, as well as measures to enable the tribes to ensure the state is complying with its obligations under the agreement, according to the groups representing the plaintiffs.

Jaeger declined comment to the Tribune on those reported details, but said: "As for the state, we are pleased with the results of the mediation. We are looking forward to moving forward and, as we have always done, to do everything we can to ensure that every qualified resident of North Dakota is able to cast a ballot."

All of the plaintiffs will need to sign the final agreement, but "the agreement in principal has been signed by legal counsel for the Plaintiffs and for the Secretary of State," the joint statement said. The consent decree will be enforced by a federal court order.

“This fight has been ongoing for over four years, and we are delighted to come to an agreement that protects native voters,” Native American Rights Fund attorney Matthew Campbell said in a statement. “It has always been our goal to ensure that every native person in North Dakota has an equal opportunity to vote, and we have achieved that today.”

"In order to have a successful 2020 election, the state must follow through with a robust voter and poll worker education campaign to ensure that proper protocols are followed so people aren't rejected because of the state’s failed addressing system," he said in a statement.

The agreement could bolster the efforts of North Dakota Native Vote, an effort to increase Native American voter turnout. It launched in 2018 and last week announced its 2020 effort. Nonprofit Executive Director Nicole Donaghy described plans to hire a field director and a goal of basing part-time field organizers on each reservation.

She told the Tribune on Thursday that the nonprofit was "pleased to see the progress being made lifting the burden for our people to exercise their right to vote."

North Dakota’s Democratic-NPL Party issued a statement saying the settlement is progress but that the state must keep working for equal voting rights. Rep. Ruth Buffalo, D-Fargo, a member of the Mandan, Hidatsa and Arikara Nation, suggested the state might need a statewide voting task force. House Minority Leader Josh Boschee said “It’s a shame it took North Dakota years of taxpayer-funded lawsuits to get to this point."