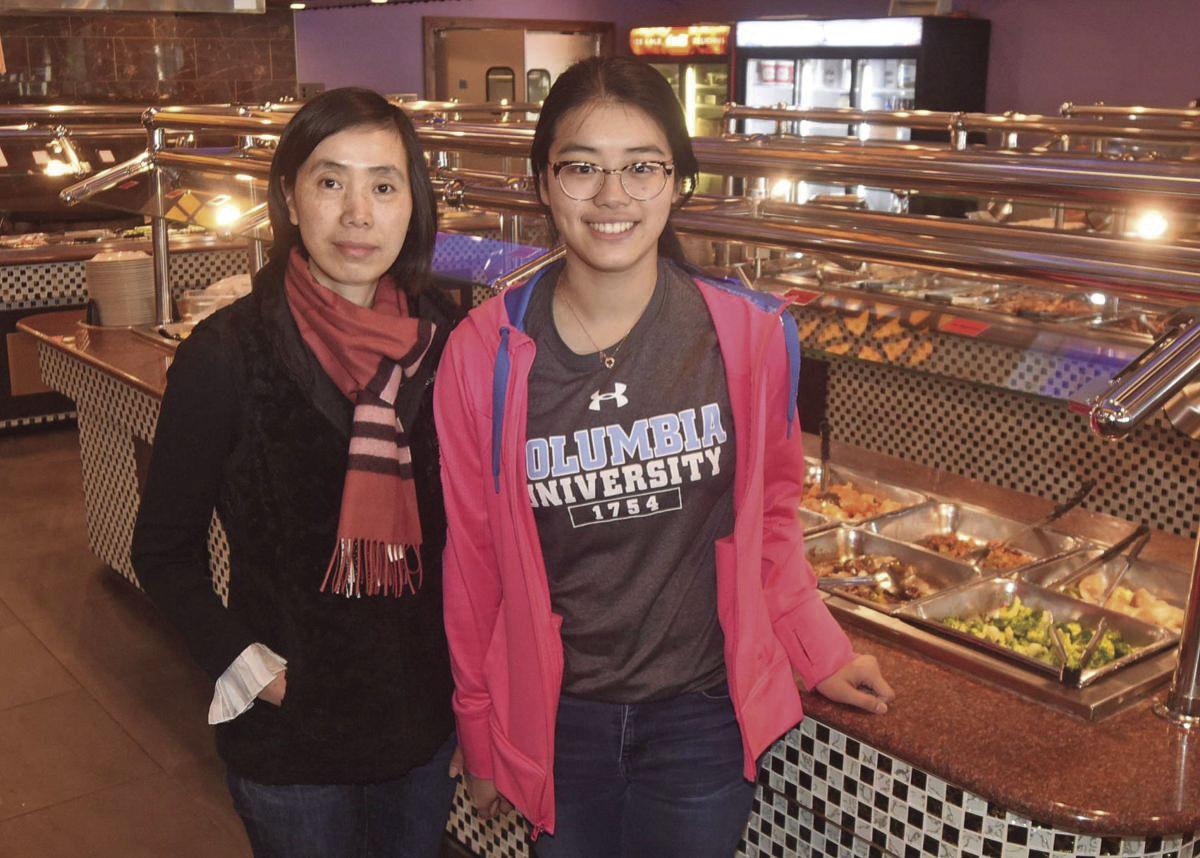 Iris Chen, left, and daughter Ke Lin work at the China Star, a restaurant in north Bismarck. They were planning a family trip to China this summer but are now thinking of canceling in light of the coronavirus outbreak. 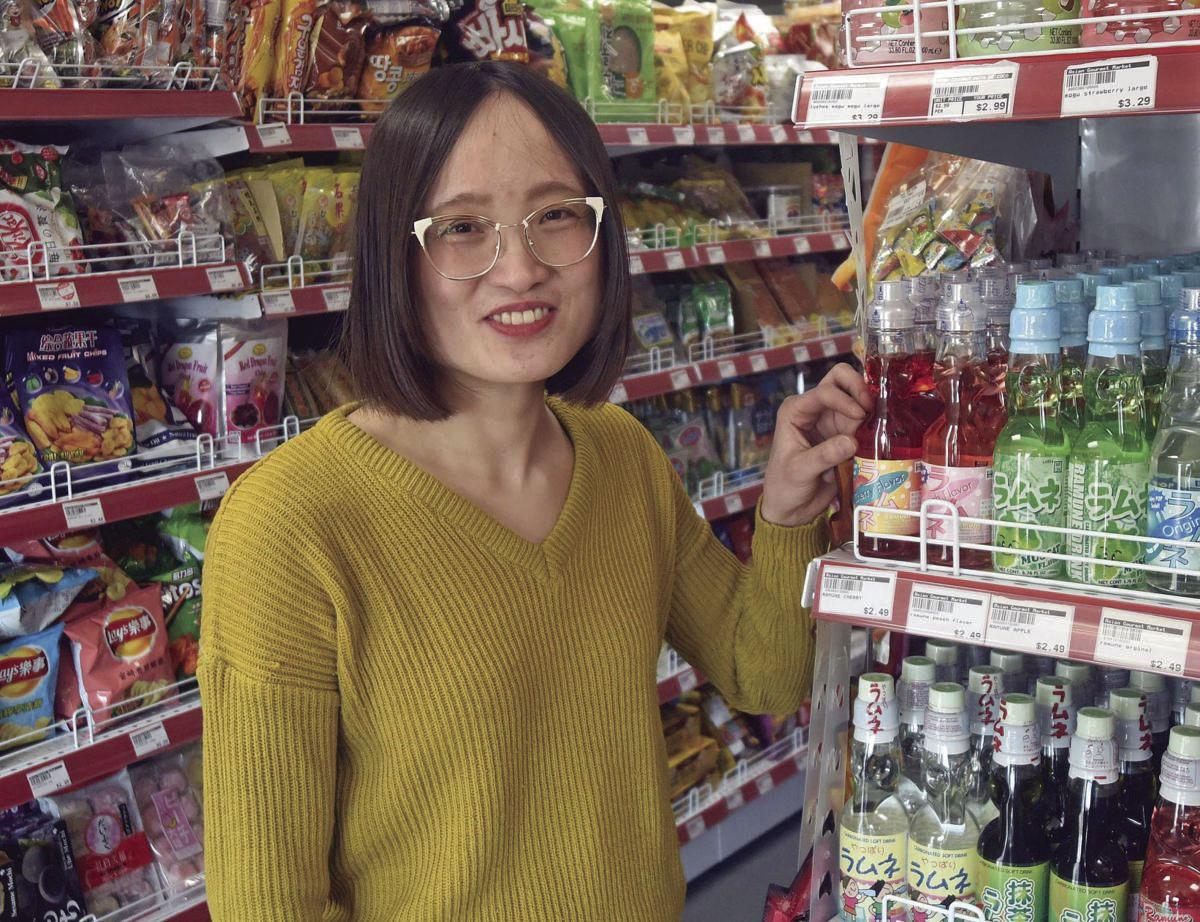 Ruby Toman is the manager of the Asian Market in Bismarck. Toman is from the Fujian Province of China and has been keeping in touch with family and friends there amid the coronavirus outbreak.

Iris Chen, left, and daughter Ke Lin work at the China Star, a restaurant in north Bismarck. They were planning a family trip to China this summer but are now thinking of canceling in light of the coronavirus outbreak.

Ruby Toman is the manager of the Asian Market in Bismarck. Toman is from the Fujian Province of China and has been keeping in touch with family and friends there amid the coronavirus outbreak.

As the new coronavirus spreads, Chinese immigrants in Bismarck are keeping close tabs on family and friends living in China, the epicenter of the outbreak.

“I feel I am still safe in Bismarck,” said Iris Chen, who has lived in the city since 2005. “I just worry about my parents, though.”

Her mom and dad live in Fujian, a province in southeastern China along the coast. They reside on an island where no cases of the virus have been reported, she said, but they nevertheless are taking preventative measures such as washing their hands and wearing a mask whenever they have to venture out in public.

Their local market is crowded as people stop by to pick up groceries.

“They need to check their temperature before they walk in” to prove they don’t have a fever, Chen said.

Such measures have become common in China, where the virus has infected tens of thousands of people and killed more than 1,300, spreading fear around the globe and prompting much discussion among members of Bismarck’s Chinese community.

Chen had planned to visit China this summer with her husband and children after her daughter graduates from high school. But with limited flights available to the country, the trip is probably off.

“There are a lot of little cafes and spots around town that are more easily accessible than in Bismarck, and the shopping’s good, too,” Lin said.

The Bismarck family keeps up with relatives in China through FaceTime and WeChat, a messaging app. They follow news reports about the virus, and Lin is learning about it through discussions on current events in her social studies class at Century High School.

Ruby Toman, who runs the Asian Gourmet Market just south of downtown Bismarck, also has family members in Fujian. She recently mailed them a package of masks because the items have become scarce in China due to high demand.

She said her friends and family have largely been stuck inside, quarantined, while China works to contain the virus. Her sister owns a granite factory that’s been shut for two weeks while people stay indoors.

She thought her loved ones in Fujian were handling the situation well, emotionally, given that the virus is not widespread where they are living. Fujian is about 450 miles from Wuhan, where the first cases were reported in December.

“You don’t see it in your neighbor yet,” Toman said. “I don’t think they’re worried yet.”

So far, the virus has not affected her business.

Toman was trying to clear space in one of her aisles last week to make room for new goods scheduled to arrive by truck the next day. She said she works with importers to stock items, and her goods tend to come from countries other than China.

Chen, who manages the China Star buffet near Interstate 94, said her restaurant sources ingredients through an American company.

“Even Chinese food, they make it locally in the United States,” she said.

While Chinese restaurants in some parts of the nation are reporting a drop in customers amid panic surrounding the virus, Chen said that doesn’t seem to be the case here. Some of her regular customers ask how her parents are doing, and she tells them that they are OK.

“They say they will come in more often to support, just in case, but I think we are good,” she said.

Local health professionals also are tracking the virus and making preparations should anyone in the Bismarck area develop symptoms.

As of Friday, the North Dakota Department of Health was monitoring five people in the state who had recently visited China.

Those people take their temperatures and send the information to the health department each day, said Levi Schlosser, a respiratory disease epidemiologist for the state. So far, no one has shown symptoms. If any did, their status would be elevated to a “person under investigation,” in which case a health care provider would need to evaluate them.

Dr. Noe Mateo, infectious disease consultant with Sanford Medical Center, said the virus “in general simply causes a bad cold.” People with compromised immune systems are the most likely to have complications, he said.

In Bismarck, both Sanford and CHI St. Alexius Health are screening all who enter their facilities to find out if anyone has visited China recently or come into contact with someone who has the virus.

Such a process is something the hospitals used in 2014 amid the Ebola epidemic.

“Ebola was a great springboard, bringing us into a closer awareness of checking travel,” said Doris Weiss, safety and emergency manager for CHI St. Alexius.

The hospitals have plans in place to accommodate patients who might have the virus, and they would work in conjunction with the state health department and other officials. Mateo said options range from sending a patient with mild symptoms home to “self-isolate,” to admitting the person and placing him or her in an isolated room, similar to how Sanford handles other respiratory viruses.

Susan Ziemann, infection prevention coordinator for CHI St. Alexius, said the health department has told those it’s monitoring to contact a hospital ahead of time if they plan to come in for treatment.

“Ideally, that patient could be met outdoors with a health worker wearing the appropriate personal protective equipment,” she said, adding that the patient would be brought inside in such a way to minimize exposure to others.

Hospital workers have various types of gowns, gloves and masks to treat coronavirus patients, and the specifics of what they wear would depend on what sort of care and procedures the patient needs.

Earlier this month, CHI St. Alexius held a training exercise with 33 people from the hospital, Metro Area Ambulance Service, and local and state officials to go over plans for the virus. Ziemann said the hospital also has held a mock run-through of its response should an infected person show up to the emergency department.

As of Friday, 15 people across the country had been confirmed to have the virus, according to the Centers for Disease Control and Prevention. No one had died from the virus in the United States.

Worldwide, the number of people who have contracted it is more than 50,000, with the bulk of the cases in China, according to the World Health Organization. The agency last week named this particular coronavirus “COVID-19.”

So far, the CDC has handled testing for the coronavirus in the United States, Schlosser said. The agency is developing a test that it plans to roll out to states in the near future, he said.

Mateo said it could be weeks or months before virus cases peak globally, and “it is bound to spread further.”

“We’re confident we have systems in place to be able to handle whoever comes along,” he said.