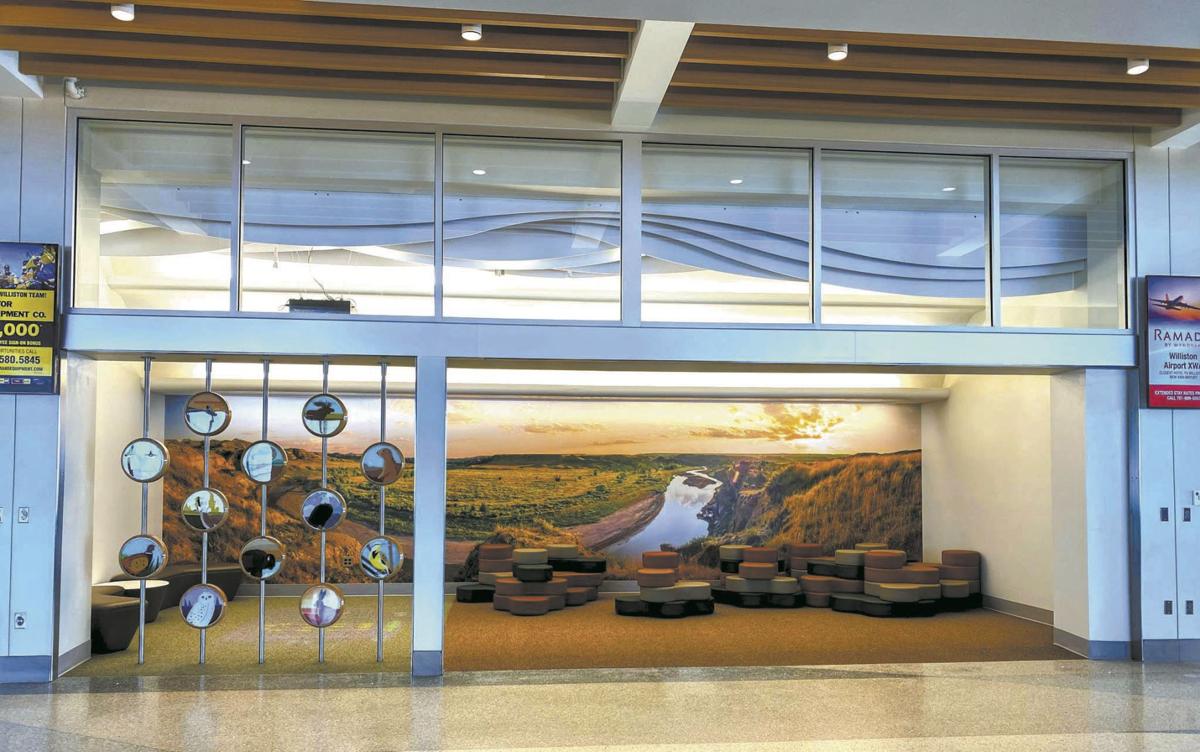 The children’s area at XWA is now open to the public. 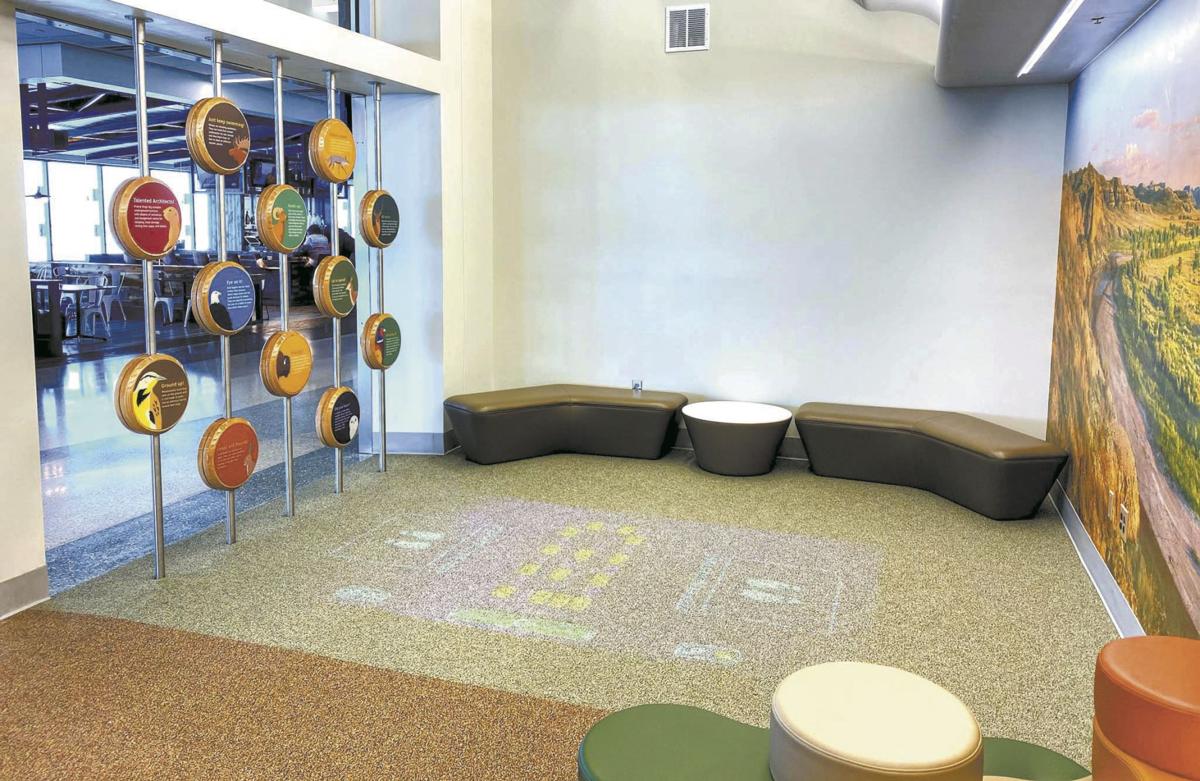 The XWA children’s area will feature stackable furniture as well as a projector screen that turns the floor into an interactive game. 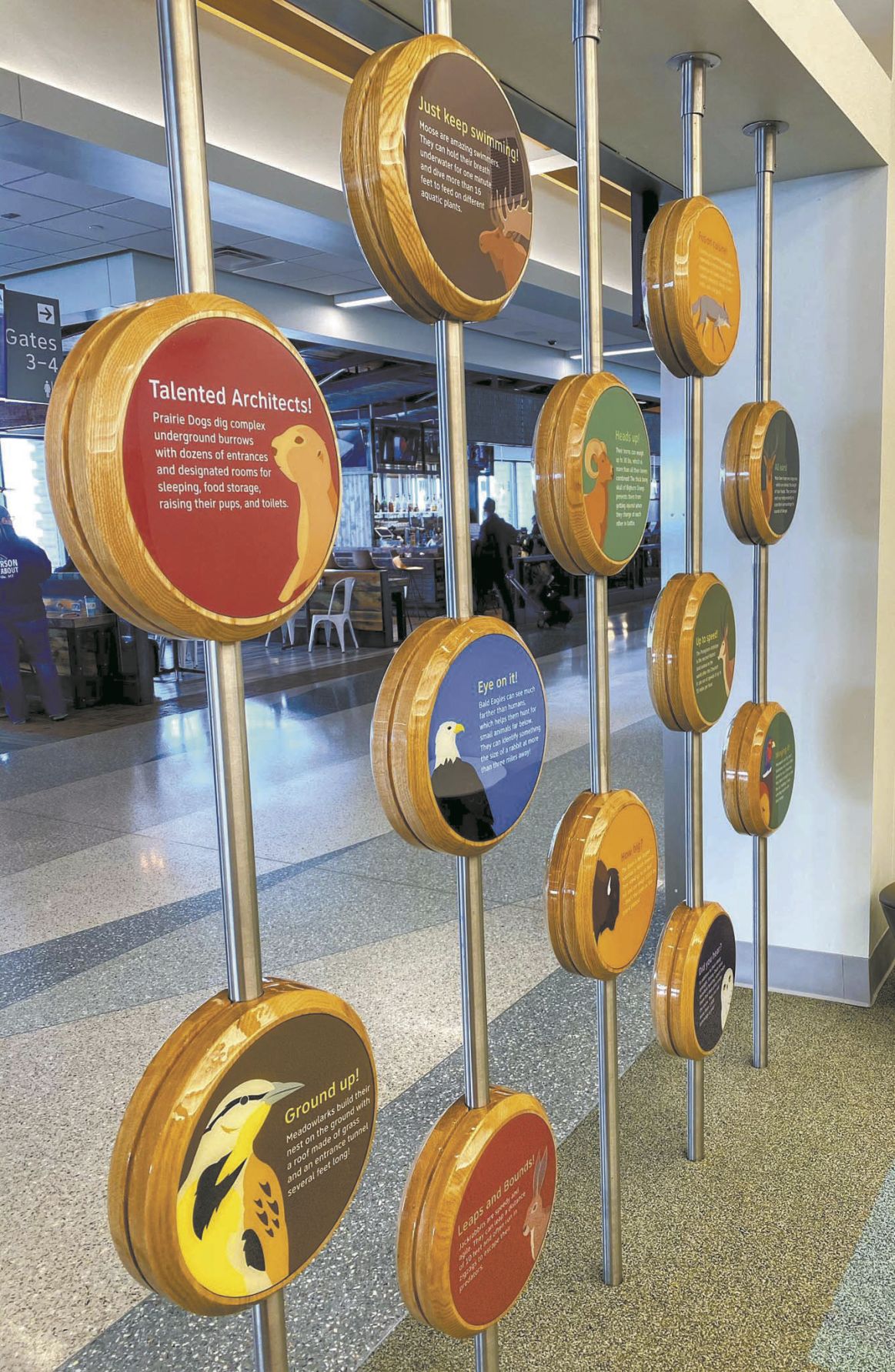 The children’s area at XWA is now open to the public.

The XWA children’s area will feature stackable furniture as well as a projector screen that turns the floor into an interactive game.

One of the proposed highlights of the Williston Basin Airport is finally up and running, ready to welcome the younger generation as they arrive in Williston.

The airport opened back in October, but one piece was missing during the big unveiling, the oft talked about children’s play area outside the terminal. Now, however, children departing or arriving from the facility will now be able to burn off some energy before their flight, or take a few minutes to unwind after they land. Airport Director Anthony Dudas said he’s excited to have the area open and ready for families to utilize as they visit the new airport.

Dudas said the area has many features that children and families will enjoy, including a safe-landing floor with an up to five-foot fall zone height and stackable furniture, as well as some educational millwork featuring animals that are native to the state. The floor itself is also interactive, featuring games and activities that are projected directly onto the floor. Dudas said the inclusion of a play area was something he felt would be an important feature to enhance the airport.

“It’s really important for us at the airport and for the City of Williston in general to make sure that we’re catering to the growing family population in our community and in our region,” Dudas told the Williston Herald. “We want to make sure that our facility, which really is a front door to our community, provides those amenities which maybe other airports aren’t able to offer, whether that be a children’s play area or the mother’s nursing suite and things of that nature. We wanted to make sure that we were taking into account our ever-changing population and allow for all people to enjoy this facility.”

Dudas said the community itself is to thank for the play area, as several organization’s and entities within the city have donated to help make it possible. That community support, Dudas said, is really what makes

“It’s pretty fantastic.” Dudas said. “The support of our community for these types of amenities and things that happen in our community, it’s not something that happens elsewhere, so it’s really amazing to have that level of support to make sure that we’re continuing to grow as a community.”

Dudas said growth at the airport continues as more and more passengers fly out of the new facility. As spring approaches, Dudas said construction will be ramping up once again to begin on some of the projects that were unable to be completed due to weather last year. Those projects include construction of the airport’s second runway and paving for the rental car parking area. Dudas said the work is in the planning stages at this point, but that he hopes the work can begin as soon as the warm weather returns.