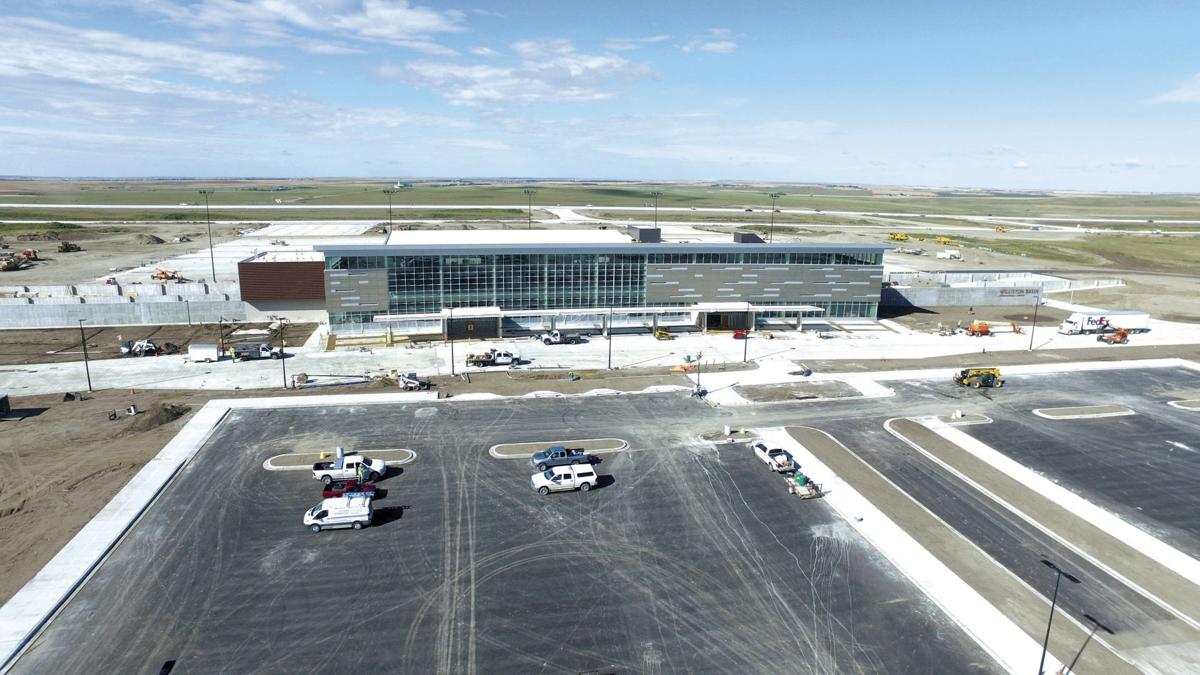 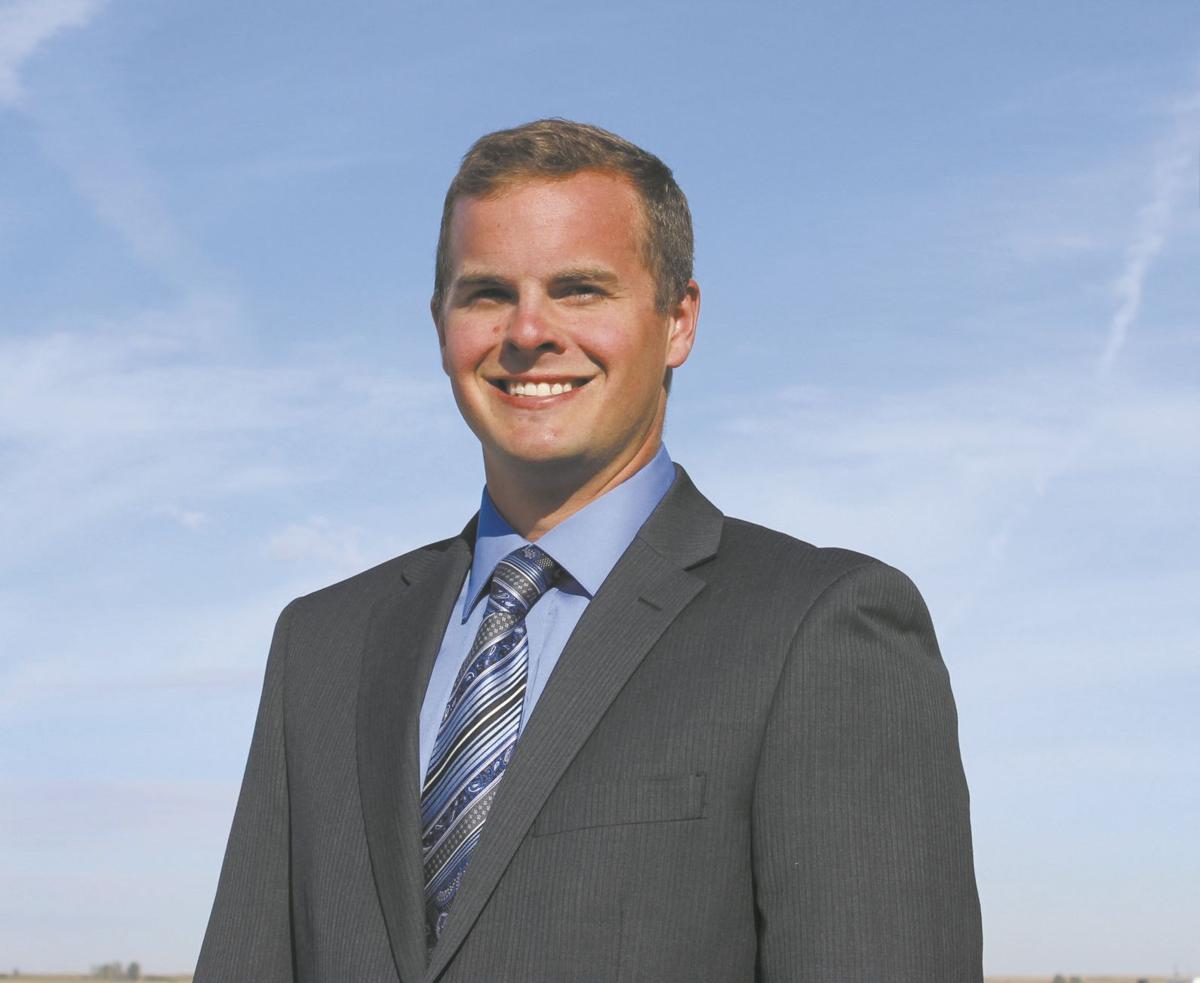 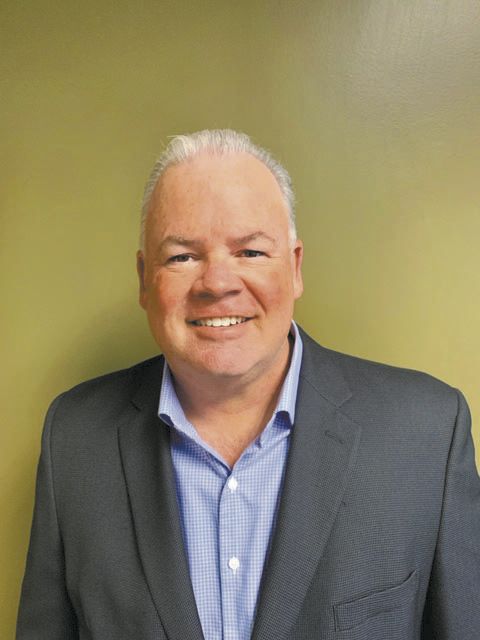 Work at the Williston Basin International Airport is in its final stages, and with the opening less than three weeks away, airport officials are preparing to share the new state-of-the-art facility with the public.

The Williston Herald spoke with Airport Director Anthony Dudas and owner’s representative and CEO of Cardon Global, Don Cardon, about the project, the ongoing progress, and future plans for Sloulin Field. Scheduled to open its doors on Oct. 10, the airport has seen its share of setbacks, from delays in work to lack of materials, but despite those hiccups, Dudas said things are right on track to meet the opening deadline.

“The runway is 100 percent paved, and they’re actually working on painting and grooving that right now,” he explained. “They do have the full parallel taxiways paved as well. They’re getting down to the finishes now at the terminal building, which is really wonderful to see. It’s really taking shape. It’s all getting to those final details. The commercial terminal is anticipated to be ready and willing to operate all those commercial aircraft on October 10.”

Next week, Dudas added, the FAA will spend three days doing the required flight checks for the facility, with ground inspectors from the FAA also on site to check over the paved areas, paint markers and other critical infrastructure items that require certification prior to the airport’s opening.

Security inspections of the facility will also done next week by the Transportation Security Administration.

Prior to the airport’s official opening, the public will get a chance to see the facility up close for themselves at a special Community Grand Opening from 10 a.m. to 2 p.m. on Saturday, Oct. 5.

The public will be welcome to tour the facility, including parts of the commercial terminal that passengers typically do not see.

The event is a family-friendly affair and will feature food and activities for all ages. The public can also get an up-close look at the runway by participating in the Runway Run, a 5K run that takes place on the airport’s actual runway.

“It’s just a chance to come out and see this new facility that we built for our community and for our region,” Dudas said. “It really is an airport for the people, and we really want to make sure that they have an opportunity to see it before it’s operational.”

As of yet, there are no concrete plans for the redevelopment of Sloulin Field once the final flight lands on Oct. 9, but Cardon said the city has been working to put a “master plan” in place for the site’s development. While unable to give specific details, Cardon did say that the site is garnering much interest from those hoping to develop the land.

“It would not be an overstatement to say that the intrigue and interest commercially on that property going forward has been amazing,” he said. “We have a significant amount of inquiries and ongoing dialogues going right now with a variety of groups that just want access to that property as soon as it’s done.”

Cardon said much has to be done to the site before it can be redeveloped, as runways and buildings must be removed first.

With winter quickly approaching, Cardon said crews will need to be prepared to expedite work on infrastructure at the site beginning in March or April of 2020.

He added that there are companies prepared to begin work on their projects who want access to the land as soon as spring arrives.

Cardon said the City will announce those plans soon, as they are excited to share with the community the changes that are coming to Williston.

“I know they’re anxious to encourage the entire community as to what’s happening,” he explained. “Our greatest are beginning to be realized in terms of, if anything we’re trying to play catch-up to the market as opposed to trying to go to the market and try to convince people to come in. It’s a great project, but it’s got significant challenges, all of which will be overcome, we have no doubt. But right now it’s all hands on deck on both Sloulin Field and XWA at the same time.”