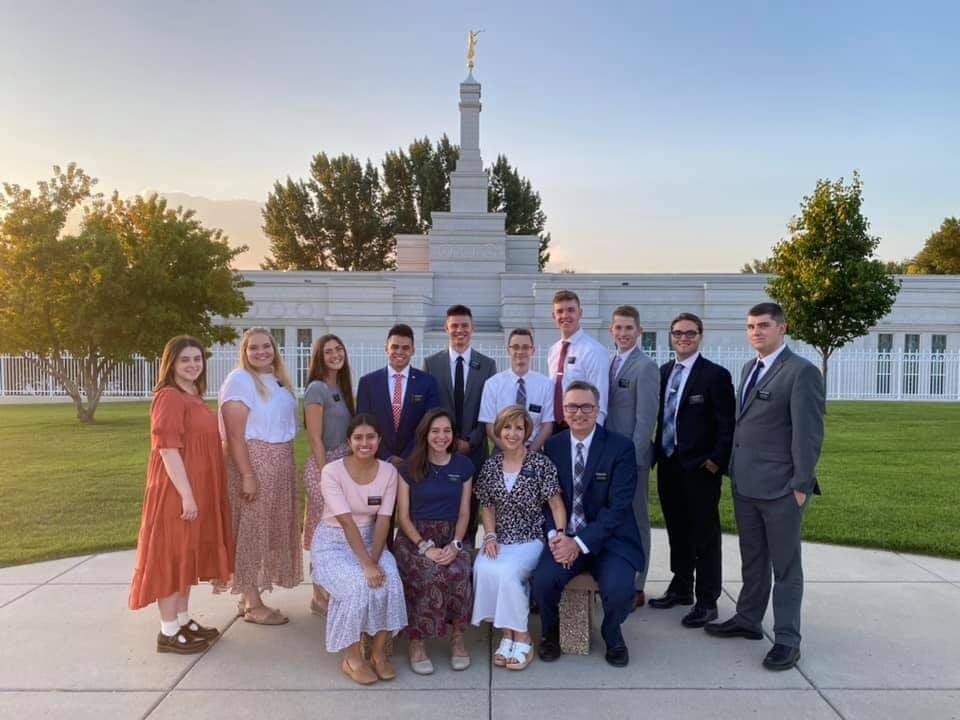 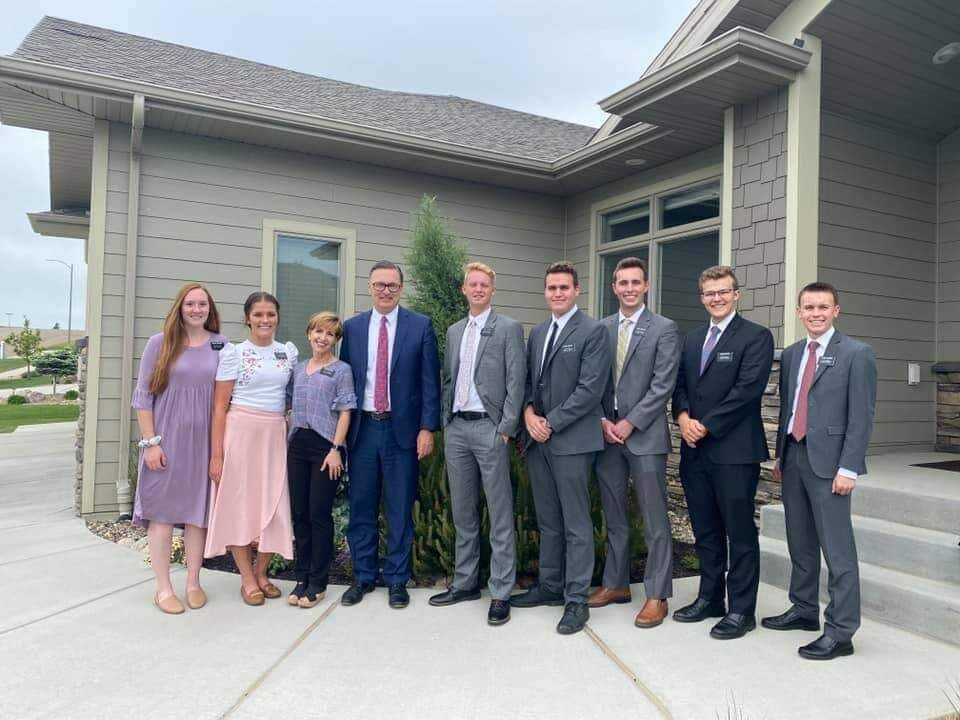 It is no secret that COVID-19 has changed the face of missionary work. What may be a surprise to some is how many of those faces are showing up in the North Dakota Bismarck Mission.

Pre-virus numbers in the mission was about 130, according to Mission President Scott L. Howell. “Ninety of them were Elders, forty were sisters,” he said. When COVID-19 brought new guidelines and alterations to service, “21 returned home early due to health concerns.” That left just over 100 still in the field but in quarantine.

The pandemic caused many foreign-called missionaries, most of them out for eight months or more in their respective countries, to be sent home, as well. For weeks, those young men and women were in limbo, waiting to find out if or when they would be able to return to their missionary labors.

When the go-ahead finally came, it came with limitations. Foreign missions were temporarily out, so those missionaries in waiting were reassigned stateside. The North Dakota Bismarck Mission became the new location for 108 missionaries (86 Elders and 22 sisters) from 77 different missions in 35 countries. They brought with them fluency in 16 languages, everything from Spanish to German, even Tongan and Samoan. Those new arrivals represent 20 states, with the majority, numbering 69, calling Utah and Idaho home.

Those additions nearly doubled the number of missionaries now in service, said President Howell. On the positive side, these seasoned Elders and sisters brought with them strong spirits and powerful testimonies, bolstering those already being shared in the Bismarck mission. He compared them to the sons of Helaman, adding their strength to the Nephite army in the Book of Mormon, referenced in Alma 56:10.

“The influx of new, reassigned missionaries brought a surge of much needed enthusiasm, excitement and experience to our beleaguered missionaries who had been in isolation for some weeks already,” he said.

They do, however, put a load on available housing, transportation and other resources.

“There are now more missionaries than members are used to in their congregations,” he added, noting that those numbers may cause a little “member fatigue.” To add to that strain, there are now 20 fewer senior missionaries to help in the smaller branches and support the full-time missionaries.

Many of the Elders and sisters are now in groups of three or four, some with different mission cultures, due to the international inflow, according to Howell. Even then, the opportunities to teach are still limited because of COVID-19 restrictions.

“We have shifted many of our missionaries to online finding and teaching,” he said. “We are learning the language of social media (Facebook, Instagram and Twitter), working closely with members and others within the community more.”

With social distancing still a requisite, service is being brought to the forefront. Missionaries were already asked to perform at least 10 hours of service per week, but those hours have increased dramatically.

“Service in the community and among members is our new objective,” Howell said. “They are photographing headstones at cemeteries throughout the missions as part of the BillionGraves project. We have also placed as many as 20 of our Elders on ranches and farms who not only help the owner but many other ranchers and farmers in the area.”

Other missionaries are stepping in and helping in other ways. “We are grateful for many of the younger missionaries assisting in ways they were not previously asked to, including the calling of many to serve in the Mission Office,” he added.

Keeping all the elders and sisters busy and everything in balance is a big job and puts a heavy burden on the mission presidency, their wives and the mission nurse, Howell admits.

“The time it takes to interview missionaries and respond to weekly letters has now doubled and with more missionaries, the more health and emotional challenges my wife and the mission nurse are handling,” he said. “We are dealing with it the best we can.”

He added that all are looking forward to things being “more normal” but are practical enough to know it may be next year before the virus is under control and missionary work will look like missionary work again.

Until then, Howell plans to remain optimistic and rely on the one sure source of solace. “We are trusting in the Lord more than ever before,” he concluded.