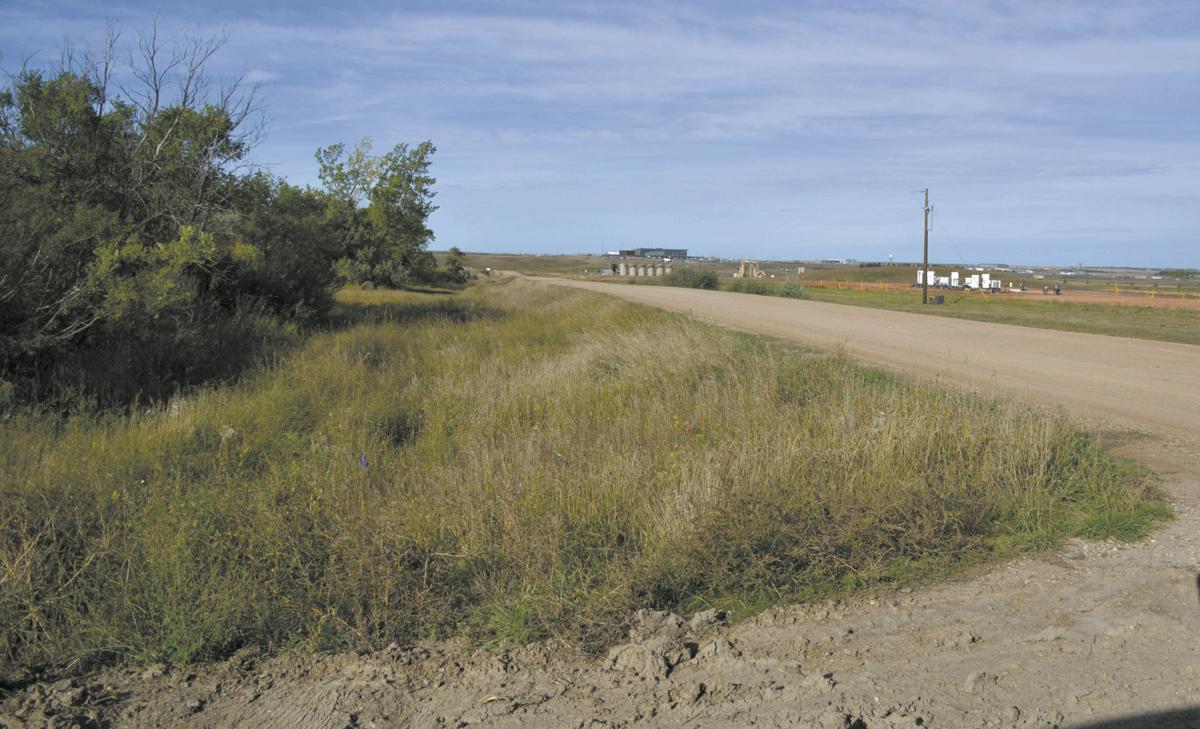 A view from the entrance road to the Poe property shows the XWA commercial terminal in the distance. 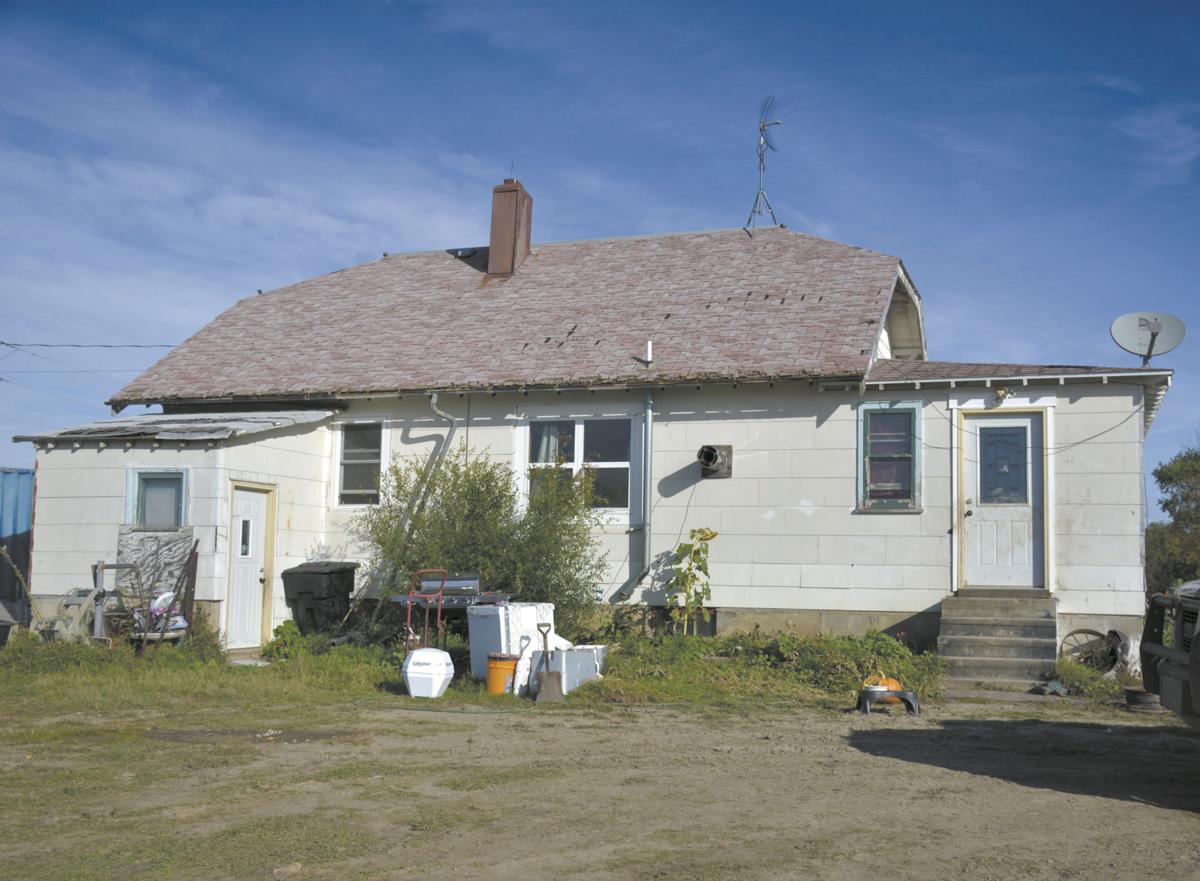 A farmhouse sits less than a mile from the new airport. The house sits atop the original foundations built when the Poe family homesteaded the land at the tun of the century.

A view from the entrance road to the Poe property shows the XWA commercial terminal in the distance.

A farmhouse sits less than a mile from the new airport. The house sits atop the original foundations built when the Poe family homesteaded the land at the tun of the century.

I was able to take part in the Williston Basin International Airport's media day, gaining a behind-the-scenes tour of the new facility before operations open on Oct. 10. The story of XWA is a story I've been following as a reporter since my time at the Williston Herald began.

I have watched with great interest as farmland has given rise to what will surely be one of Williston's most noted modern marvels. What many don't know, however, is that I grew up a stone's throw from XWA's front door. In fact, you can see my former childhood home from the terminal building itself, a nondescript farmhouse less than a mile down the road.

My family homesteaded that land, arriving on the immigrant train at the turn of the century. The wagon they arrived on sat near the garage for as long as I can remember, with a hand-carved plaque from Lawrence Poe, telling the story of his family's arrival.

My great aunt (how many "great"s I can't remember, but it was at least a couple) taught in the one-room schoolhouse that still sits in a field near the airport, a reminder of a long-gone era that few residents remember. Even so, some in town still recall the name Maude Short, the firecracker schoolteacher who greeted the area's children as they arrived for their lessons each morning.

During my many visits to the XWA site, I've often thought back on my time living just down that road and how much the area has changed since the airport began construction. Where the terminal building sits now, I remember riding four-wheeler with my best friend. Playing baseball in the field with him and his little brother, where now a paved road leads you to any number of destinations. Giant towers that will now light the way for planes to land stand where I spent many summers hunting duck, pheasant, partridge and many, many prairie dogs. I learned to drive on a road that no longer exists, but I can still see so clearly in my mind.

The airport truly is an amazing, and necessary, feat for the City of Williston. Sloulin Field has not been able to keep up with the needs of the area's travelers, so a new airport only makes sense. But while many have applauded how quickly the XWA project came together and the massive coordination efforts it took to build the nation's first new airport in nearly a decade, I have silently mourned the loss of land where I spent many of what I consider my best years. Progress is inevitable, and I'm certainly not one to stand in its way, but as I stood looking out across the fog covered fields, I couldn't help but feel a nostalgic sadness for days gone by.

There was a pond there that froze over in the winter, where my friend taught me to play hockey. Over there, a rock pile stood where we spent an entire summer building a fort out of scrap wood we had found, desperately trying to keep his younger brother from getting inside. He and his brother have both passed now, leaving only the memories I have of them behind.

While I have certainly seen the changes Williston has gone through during my more than 25 years in the city, few have struck me as much as watching the airport being built. None of the buildings in town that have changed, remodeled or fallen down held the memories that those empty fields did. It's an odd feeling to watch one's childhood turn into a city's future. This airport will be something that serves the community for decades to come, bringing people to our area that will hopefully enrich and expand our community into something truly great. The juxtaposition of modern technology with rural countryside is truly unique to see, and I encourage anyone who is able to visit XWA to appreciate all the work that has gone into ensuring that our community is able to continue thriving.

But as you fly in or out of that airport, or simply look across the prairie from the terminal window, take a moment to reflect on how far we have come. The people who worked that land you stand on are the people that built this city and made it great. They taught the future leaders that helped stoke the fire that made XWA possible. They fought for our country and returned to farm the land, because it was all they knew. They built churches and banks and everything this city needed in order to make this airport a reality, decades later. They may not still be around to see it, but I think it's important to remember and honor all of those who came before us, something The City has vowed to do with the new airport.

As a man called The Doctor once said, "We all change, when you think about it. We’re all different people all through our lives. And that’s okay. That’s good. You gotta keep moving, so long as you remember all the people that you used to be."

Williston is changing, and that's a good thing. So long as we remember what we used to be.