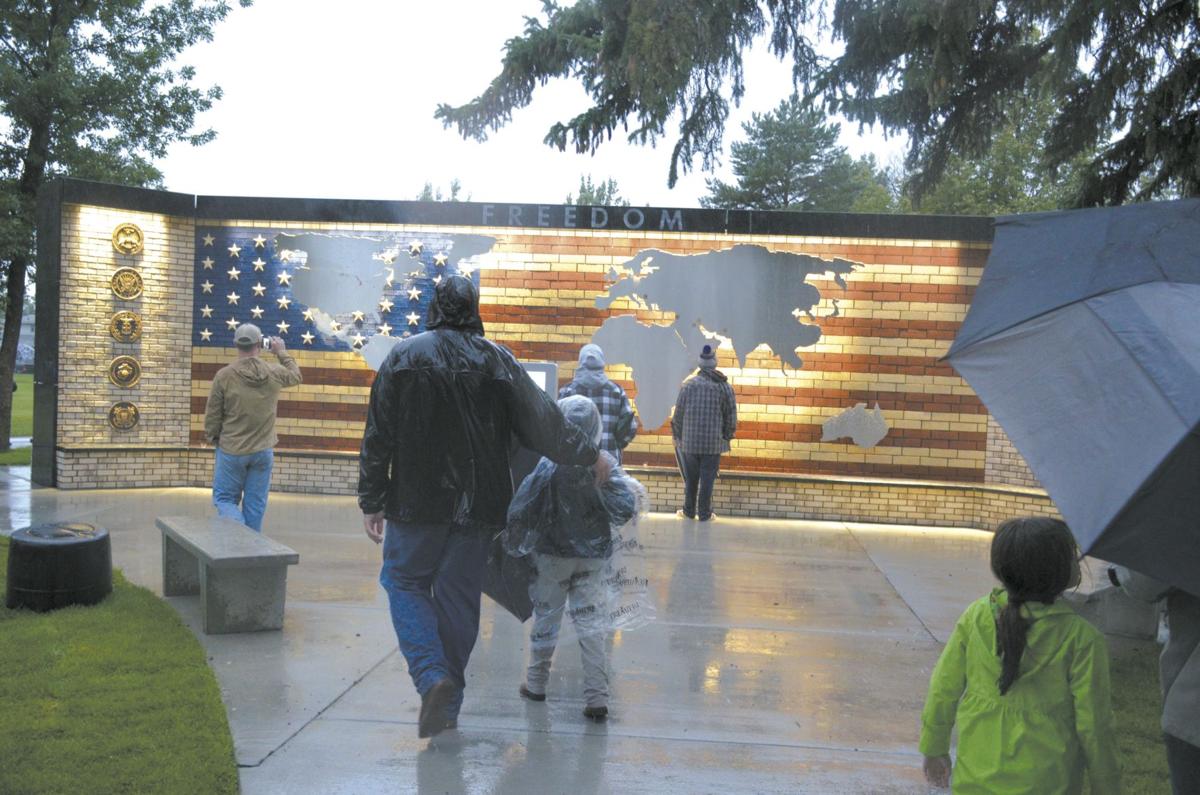 People venture in for a closer look at the completed Freedom Monument after Wednesday’s dedication ceremony. 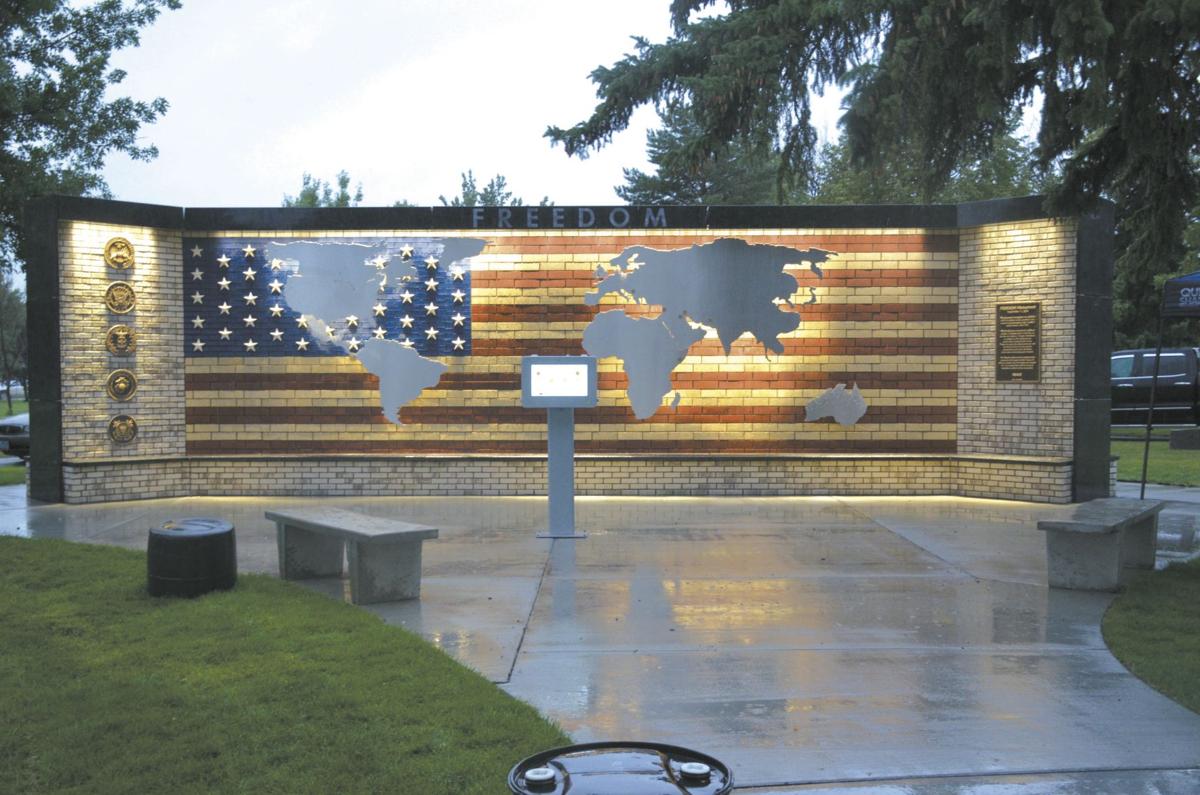 The Freedom Monument was dedicated at Riverview Cemetery in Williston during a ceremony on Wednesday, Sept. 11. 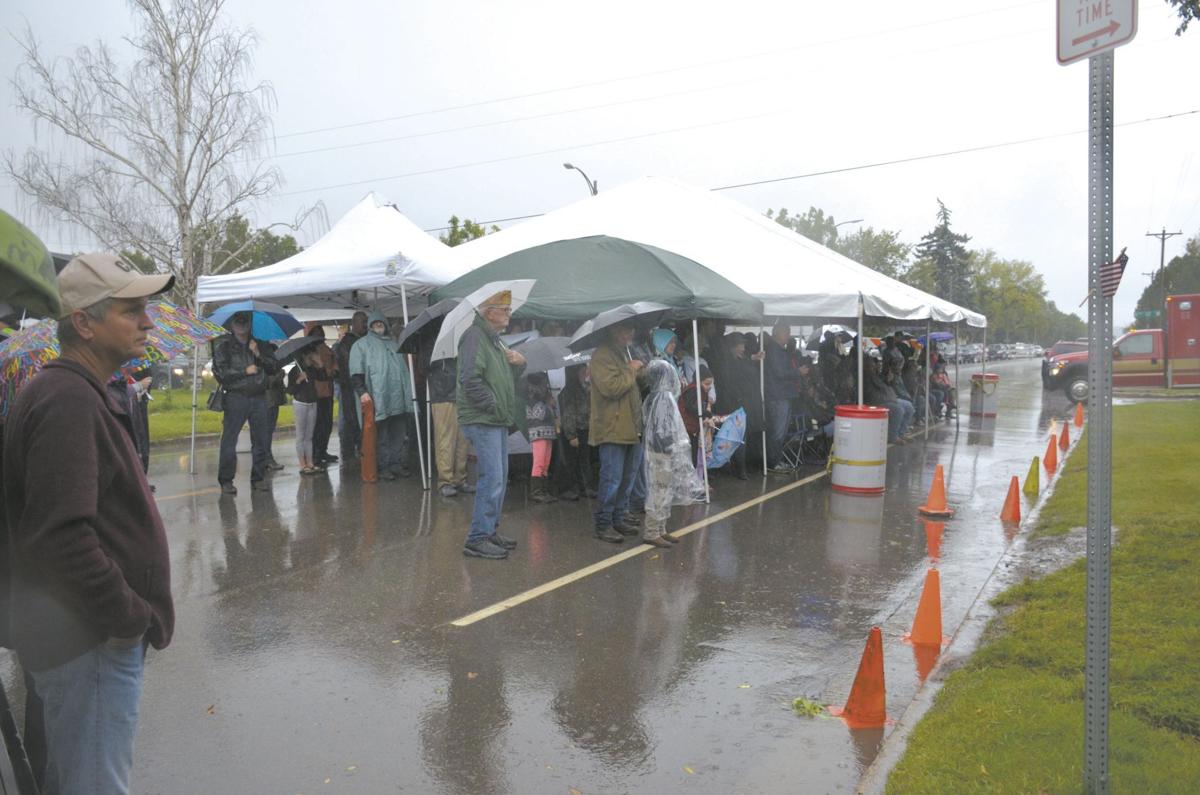 Crowds braved the pouring rain as they took part in the dedication ceremony for the Freedom Monument on Sept. 11. 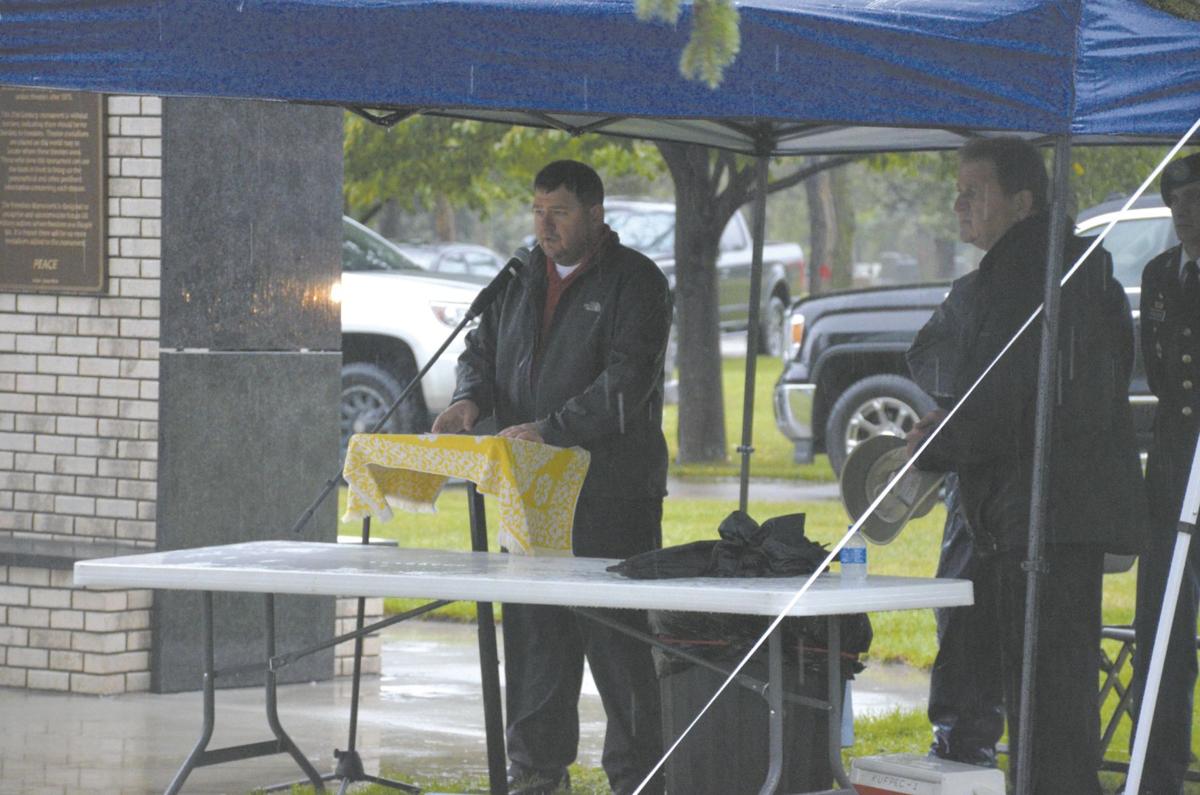 People venture in for a closer look at the completed Freedom Monument after Wednesday’s dedication ceremony.

The Freedom Monument was dedicated at Riverview Cemetery in Williston during a ceremony on Wednesday, Sept. 11.

Crowds braved the pouring rain as they took part in the dedication ceremony for the Freedom Monument on Sept. 11.

The rain and the cold wasn’t enough to stop people from coming out in droves to be a part of the Freedom Monument’s dedication on Wednesday night.

As the rain poured down, hundreds huddled together under a canopy near Riverview Cemetery, site of the Freedom Monument, for the memorial’s dedication on Wednesday, Sept. 11. The weather wasn’t dissuading anyone, as many stood wherever they could find a free space, just to be a part of the event. Throughout the crowd, veterans from every branch stood with their fellow citizens, listening to the words spoken by Military Affairs chairman Grant Carns, Co-chair Steve Slocum, Mayor Howard Klug and special guest, Command Master Chief Tim Preabt.

Slocum outlined the history of the monument, from the first idea about creating a post-Vietnam memorial in 2006, to $100,000 donation from the Williston Community Builders that allowed construction to begin.

“Ideas are a dime a dozen,” Slocum told the crowd. “But the committee’s problem wasn’t the idea, it was the dime.”

After years of raising funds and receiving private donations, the monument was ready to be built. Carns and Slocum told the Williston Herald that the road to getting the memorial financed was a long one, but that both were excited for the final unveiling. The last pieces of the monument, the world map and the interactive kiosk, were completed earlier this week. Many were getting their first look at the completed monument at Wednesday’s ceremony.

“I encourage all of you to come back on one of our sunny days in the city of Williston,” Klug told the audience, “Come back up here and walk this plaza, and reflect on what these monuments are here for, who they honor and what they mean to you.”

Preabt, who is a North Dakota native and first chief of the USS North Dakota, said he was honored to be part of the dedication, especially on September 11, such a significant day in history for all Americans. Preabt said he has always been proud of North Dakota’s support of its military members, and the monument is a testament to that support.

“North Dakota has always shown great support for our service members and our veterans,” he said. “So when it came to finding the proper way to show our respect for those who have served since 1975, it should not surprise anyone that so many people would step up and make this vision a reality as we see here tonight.”

“I’ve seen many monuments in my life, and when they talked to me about this one, I could envision it,” he said. “But it wasn’t until today that I actually saw it. Williston, you should be so proud of what you have that so many other communities don’t. This will be an inspiration for many to follow.”

The continuing downpour also did not stop any of those in attendance from getting a closer look at the monument at the ceremony’s conclusion. Many posed for pictures and stayed to study the memorial’s craftsmanship. Carns, Slocum and others who were involved were meanwhile inundated with well wishers, shaking hands and thanking them for their work in making the monument a reality. Even as the already darkened sky faded to the blackness of night, the illuminated flag stood as a beacon in the night, beckoning visitors to come honor and remember those who have served.