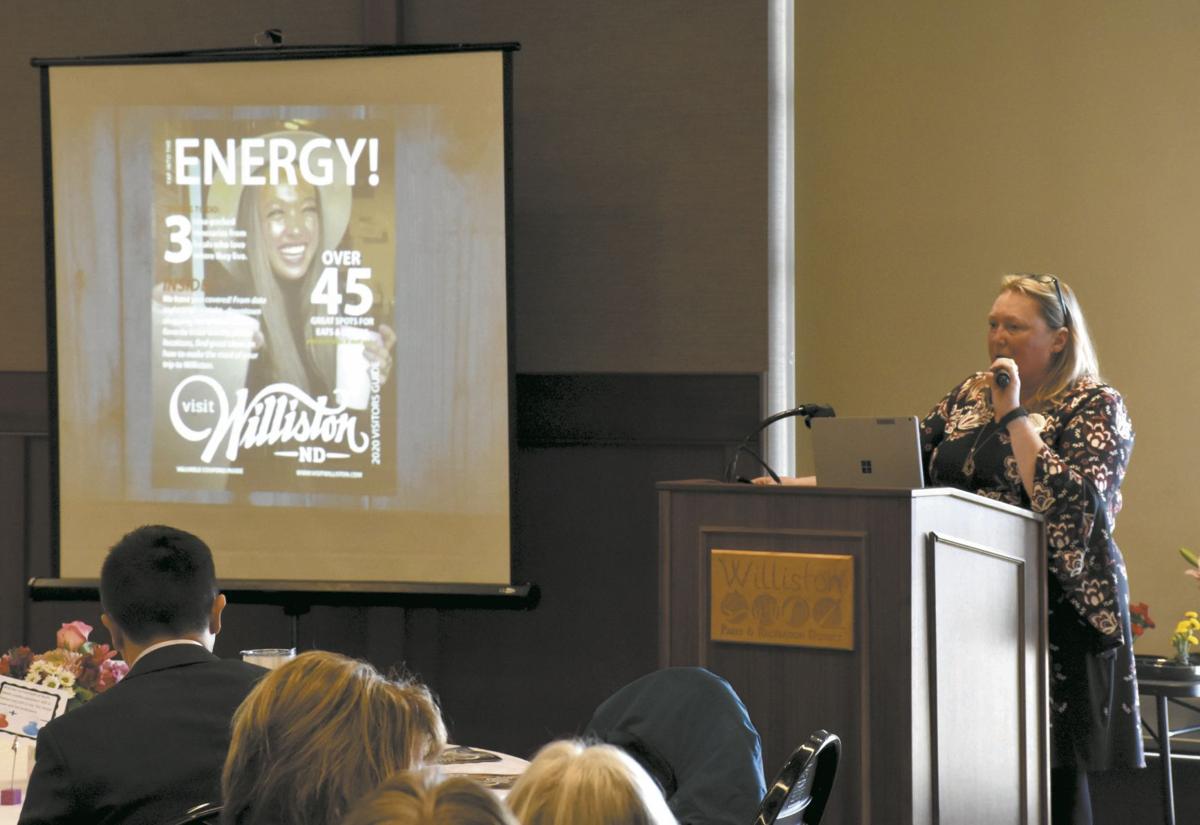 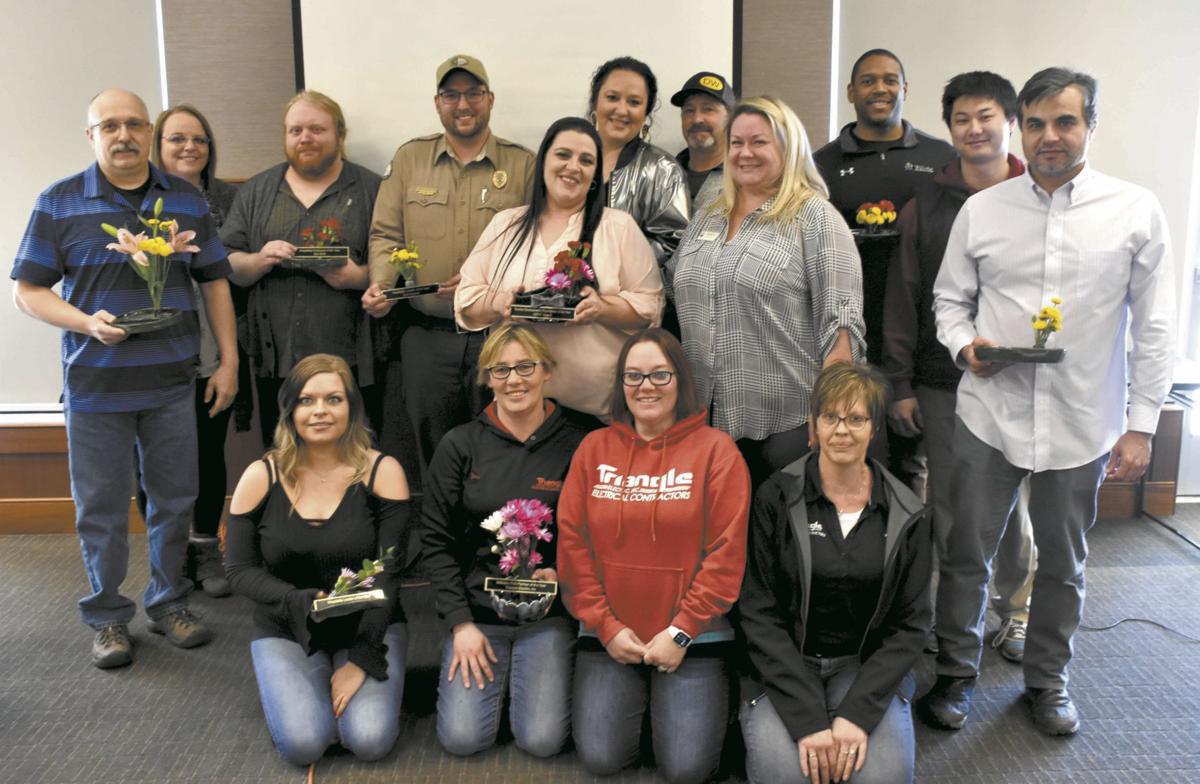 The Convention and Visitors Bureau honored leaders in the tourism industry at the CVB's Annual Meeting on Tuesday.

The Convention and Visitors Bureau honored leaders in the tourism industry at the CVB's Annual Meeting on Tuesday.

Williston will be Boomtown, USA no more, at least not in tourism materials.

The Williston Convention and Visitors Bureau has used “Boomtown, USA” in most of its marketing materials.

For 2020, however, the CVB will be introducing the new brand message of “Tap into the Energy.” The move, CVB Director Amy Krueger explained, was to make the group’s message accessible to a wider audience. The new branding appears on the CVB’s 2020 Visitors Guide.

The Williston Convention and Visitors Bureau held its annual meeting, sharing 2019’s successes and looking forward to a bigger and better year ahead.

City, hospitality and tourism leaders met at the Williston ARC on Tuesday, Feb. 18 for the CVB’s annual meeting, where Krueger shared what the organization has been up to in the last years, as well as the major plans to bring people to the area in 2020. The meeting was also an opportunity to recognize the area’s tourism leaders with awards from the CVB.

Last year was successful for Williston and the CVB in terms of tourism, Krueger said, with events such as the Ports to Plains Convention, the North Dakota Downtowners Annual Convention and the Lewis and Clark Big 10 fishing tournament bringing more people to the area than ever before.

Krueger said the idea behind the changing message was to broaden the area’s appeal.

“We have been using ‘Boomtown USA for a long time,” she said. “While that was very successful for out target audience, it was not as successful with our local audience, and we have to work with both to make sure that it’s effective. The energy of the community, community growth, the buzz that you feel when you’re in town, these are all things that came up when we had this discussion. This goes far beyond the oil industry that’s here, but it’s the energy of the people and the energy of what’s happening in our community.”

Krueger also noted that there were some big changes with one of Williston’s major summer kick-off events, Band Day. The route of the parade will be slightly modified this year, she said, due to road construction that will be taking place along 18th Street.

The most significant change is to the parade’s time.

Normally kicking off at 10:30 a.m., this year’s parade will begin at noon. the change, Krueger said, was made in order to bring more bands to the area and give them more time to arrive. Some groups, she said, drive through the night just to make it in time for the parade.

Krueger, along with CVB Board President Howard Klug, then presented awards to those who have helped promote tourism in the region.

“We appreciate all of our partners, all of our events, attraction and hotel partners out there,” Krueger said. “Without them, we could not make Williston the great destination that it is today.”

Event of the Year: Ballin' in the Basin