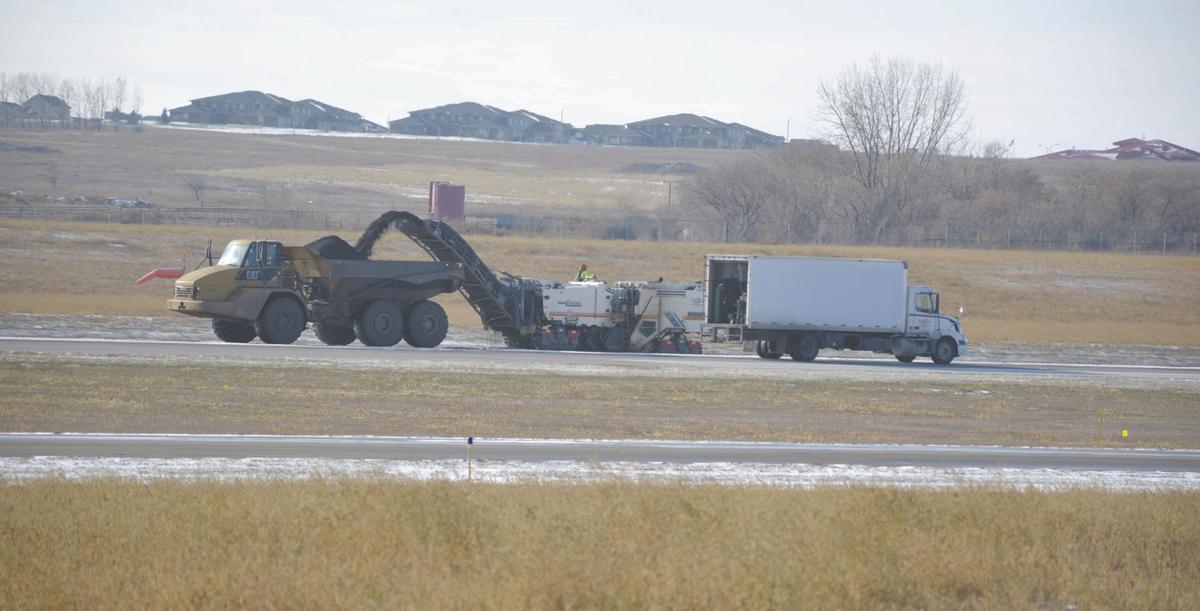 Workers remove layers of asphalt and dirt from the runway at Sloulin Field. More than 4,000 tons of contaminated soil were recently removed from the site. 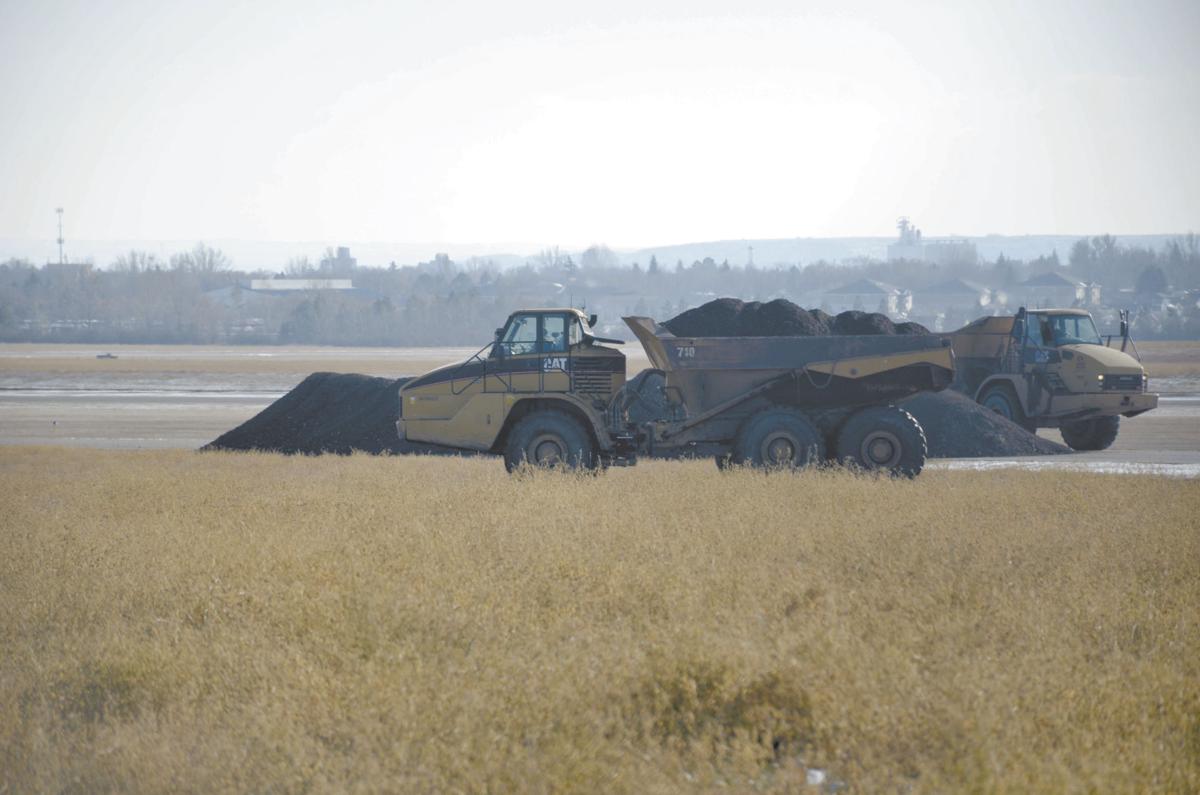 Workers remove tons of soil from the Sloulin Field runways to use in the site’s redevelopment.

Workers remove layers of asphalt and dirt from the runway at Sloulin Field. More than 4,000 tons of contaminated soil were recently removed from the site.

Workers remove tons of soil from the Sloulin Field runways to use in the site’s redevelopment.

The city of Williston is looking into what options it may have regarding a payment request that is five times more than they originally anticipated.

At the Tuesday, Nov. 12 meeting of the City Commission, Airport Director Anthony Dudas presented commissioners for approval of payment to contractor J.E. Earthworx for $403,949 for the removal of contaminated soil under the fuel storage location at the Sloulin Field airport site. Dudas said that the original estimated cost to remove the material was approximately $70,000, but that the amount of contaminated soil and the work to remove it exceeded original estimates.

“Unfortunately, as we commenced the soil excavation of this area, additional substantial amount of contaminated materials were identified, including potentially buried fuel tanks and things of that nature that were unknown until the time of excavation,” Dudas explained to the commission.

The work was required to be done by Oct. 31 to meet environmental testing requirements, otherwise testing would not be able to be done until April 1. Dudas said more than 4,000 tons of soil were removed from the site and disposed of in a hazardous waste landfill. Dudas recommended approval of the payment to J.E. Earthworx, however commissioners were concerned about the drastic increase in payment.

Commissioner Tate Cymbaluk inquired as to what recourse the city may have in regards to the associated removal costs, as the tanks were owned by the fixed-base operator at the site. Dudas stated that the lease agreement with the city did not provide any protections in that regard, and that he was unaware of any possible recourse outside of the agreement.

City Attorney Jordan Evert stated that he would be willing to do additional research regarding the matter and would provide a summary memo back to the commission with his findings. Dudas added that all of the costs associated with the decommissioning of the site which are required by the FAA, including those cost for the soil removal, are going to be deducted from the fair market value of the appraised value of Sloulin Field’s 803 acres.

“While there is a cost associated with this right now, it will be deducted from the city’s overall cost to procure the property to remove the federal strings for that redevelopment effort,” Dudas explained.

Dudas further added that the airport was continuing to research the North Dakota Insurance Reserve Fund for fuel tanks for the environmental clean-up, which he said could lower the city’s cost, however he did not have further information at the time. Cymbaluk made the motion to approve the payment, as well as direct Evert and Dudas to research any potential recourse for the city. The motion was seconded by Bekkedahl, and passed unanimously.