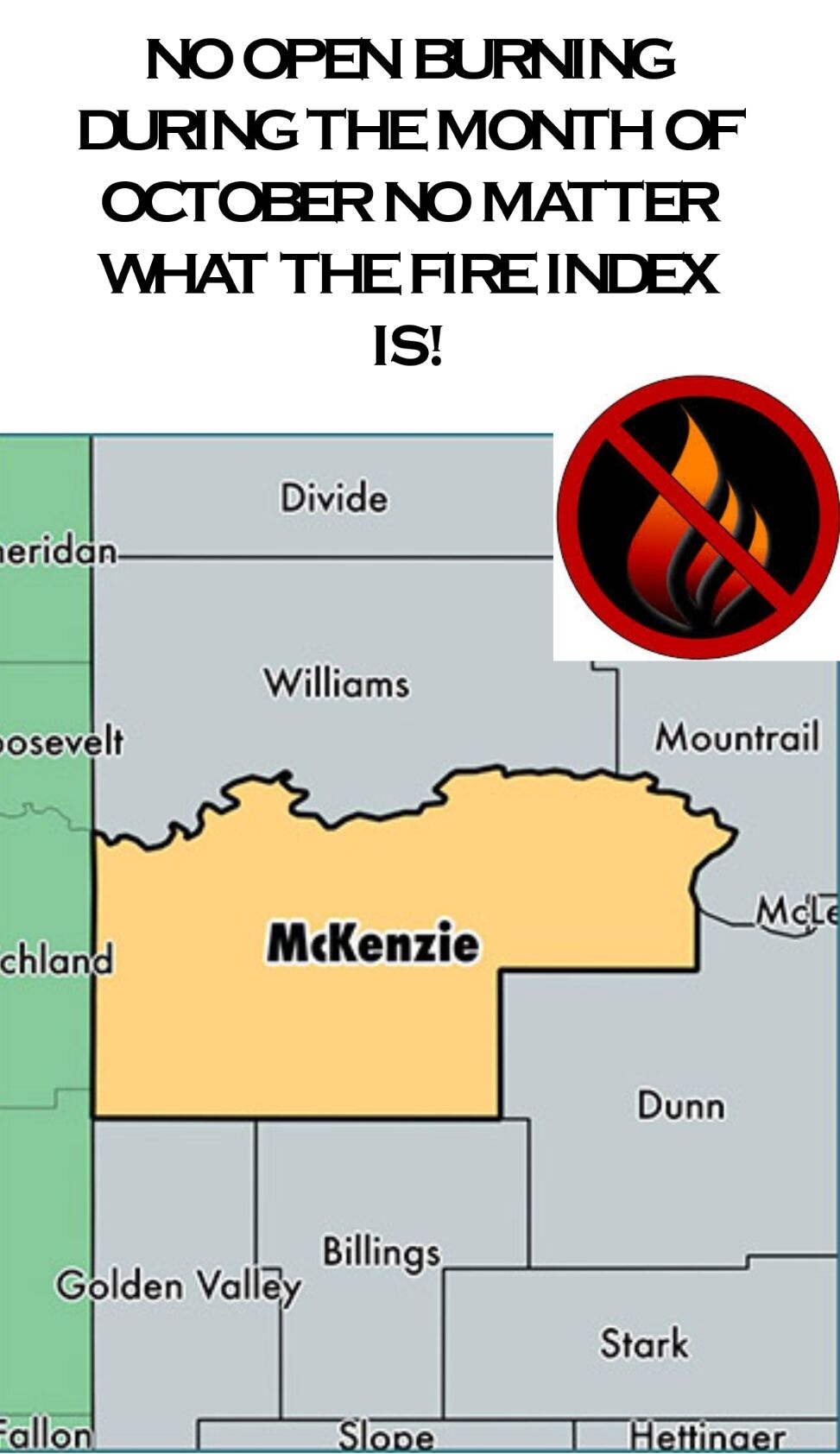 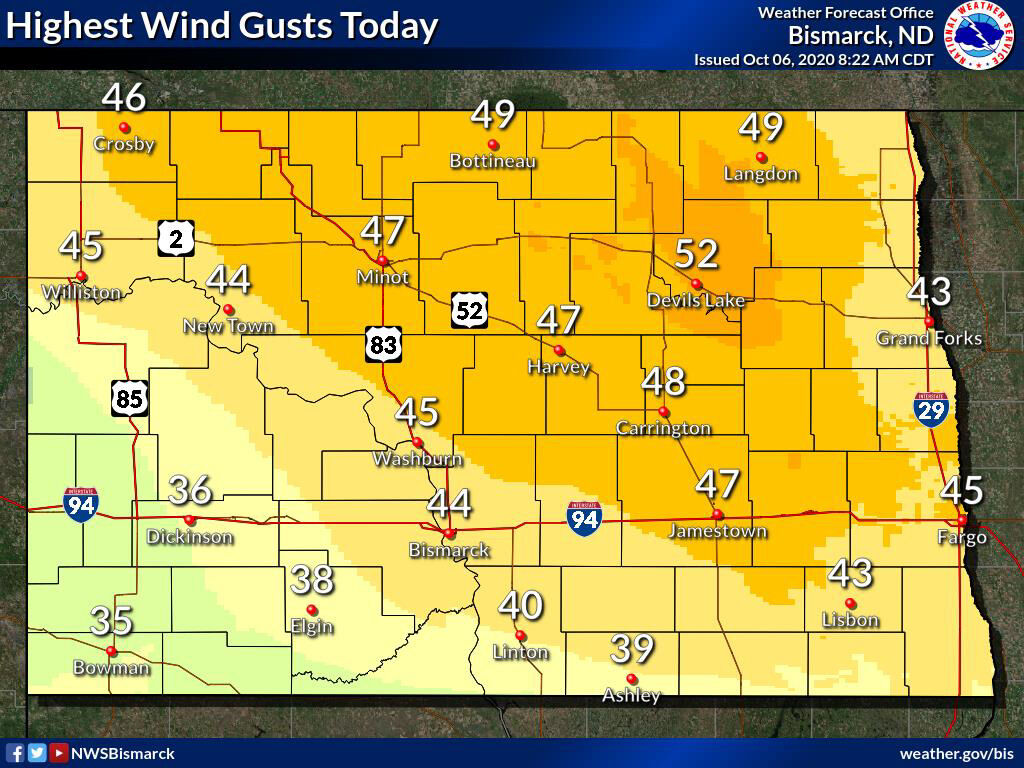 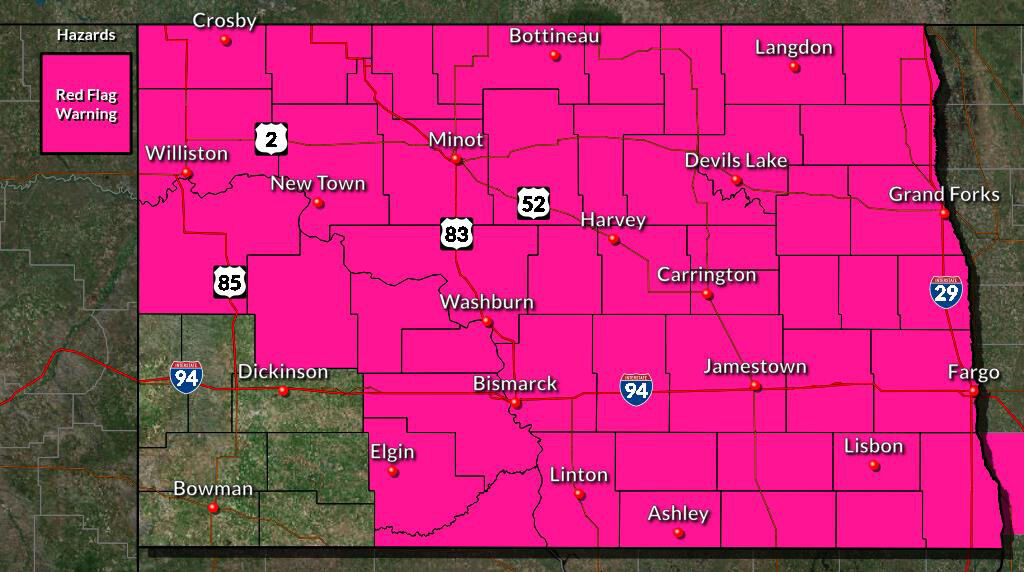 McKenzie County has banned all burning for the rest of October because of increased fire risk.

The McKenzie County Board of Commissioners approved a declaration of fire emergency and a burn ban on Tuesday, Oct. 6. On the same day, dry conditions and high winds meant there was a critical danger of fire across much of the state, the National Weather Service said.

Relative humidity wasl be as low as 20% and winds will gust up to 45 mph, both increasing the risk of a fire spreading.

The entire state, apart from the southwestern corner, is under a red flag alert. The greatest risk will be in the afternoon and evening.

"Any fires that ignite will spread rapidly and become difficult to control or suppress," the NWS forecast reads. "Those outdoors or working in agriculture fields should be mindful of any errant sparks that may start fires."

The McKenzie County declaration cited both the continuing drought and the increase in potential fuel for fires. It banned all open flames, including fireworks, garbage burning and camp fires until Oct. 31.

Anyone who violates the burn ban can be charged with a class B misdemeanor, which carries a maximum jail term of 30 days and a maximum fine of $1,500.