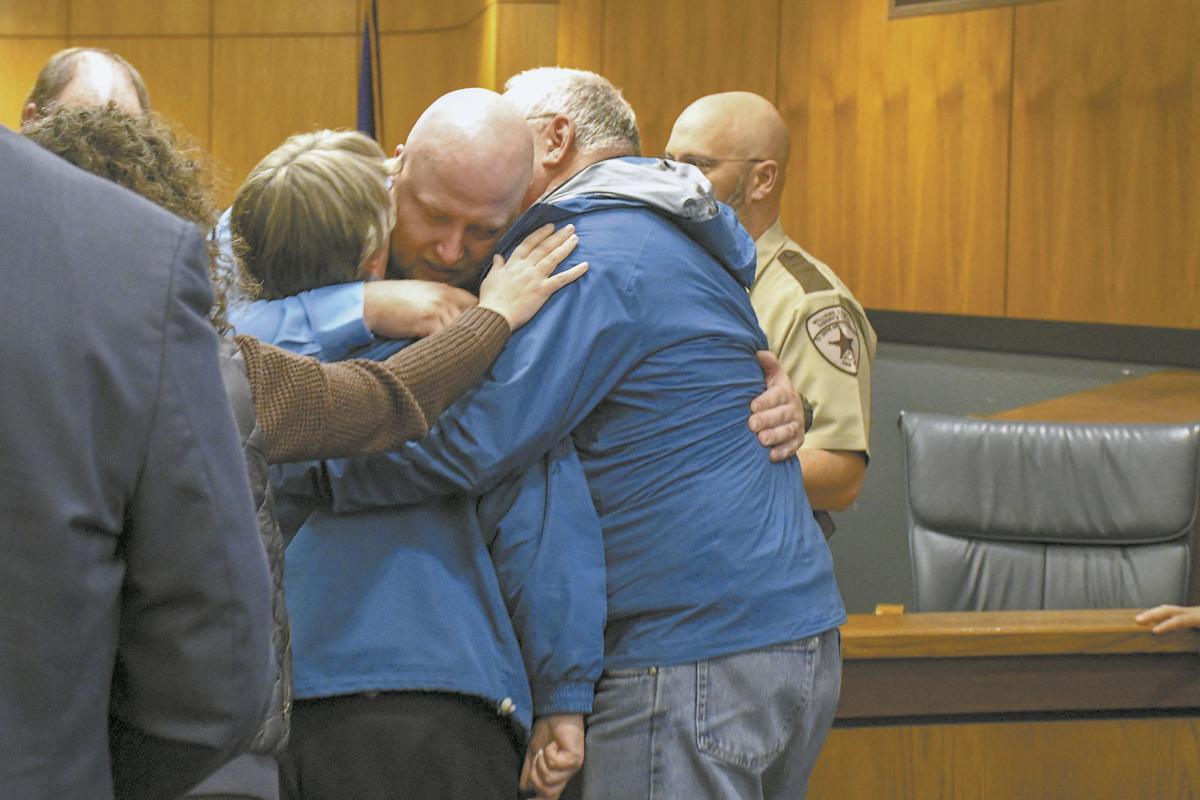 Everest Moore, third from right, hugs his parents after being found guilty of eight class A felony counts of gross sexual imposition on Monday, Sept. 30. 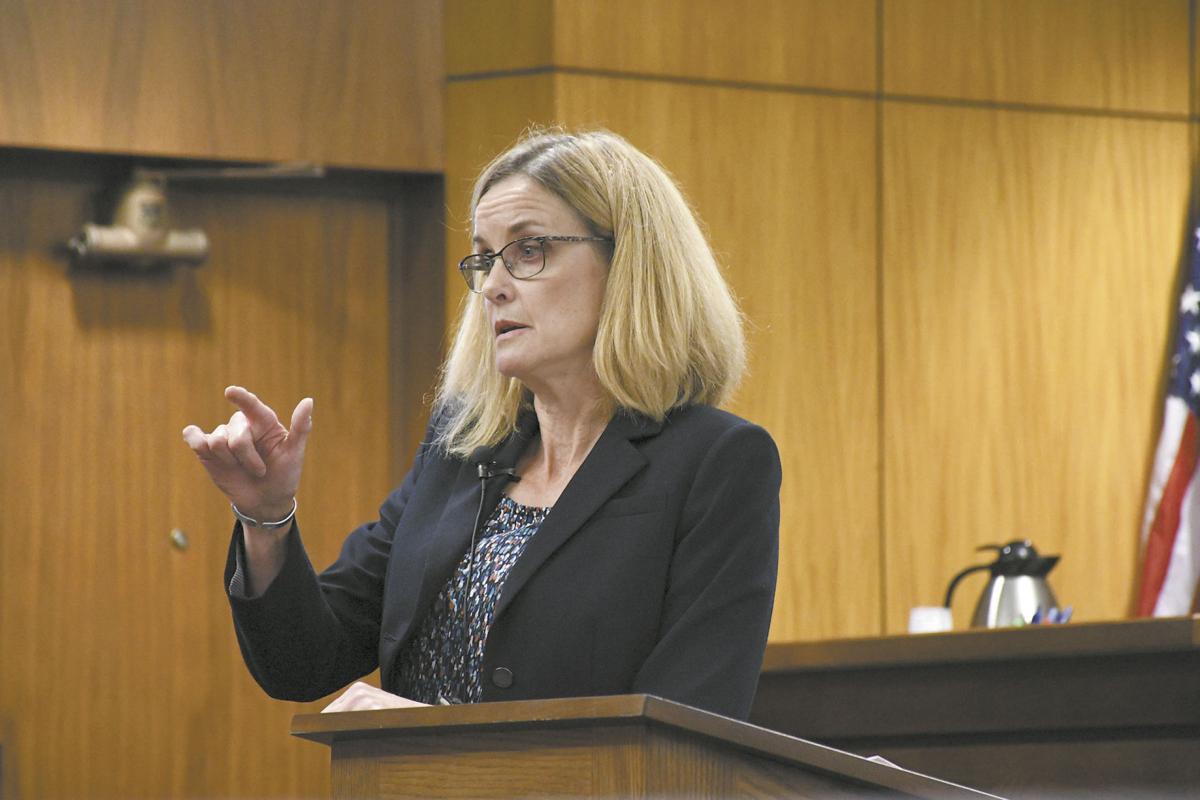 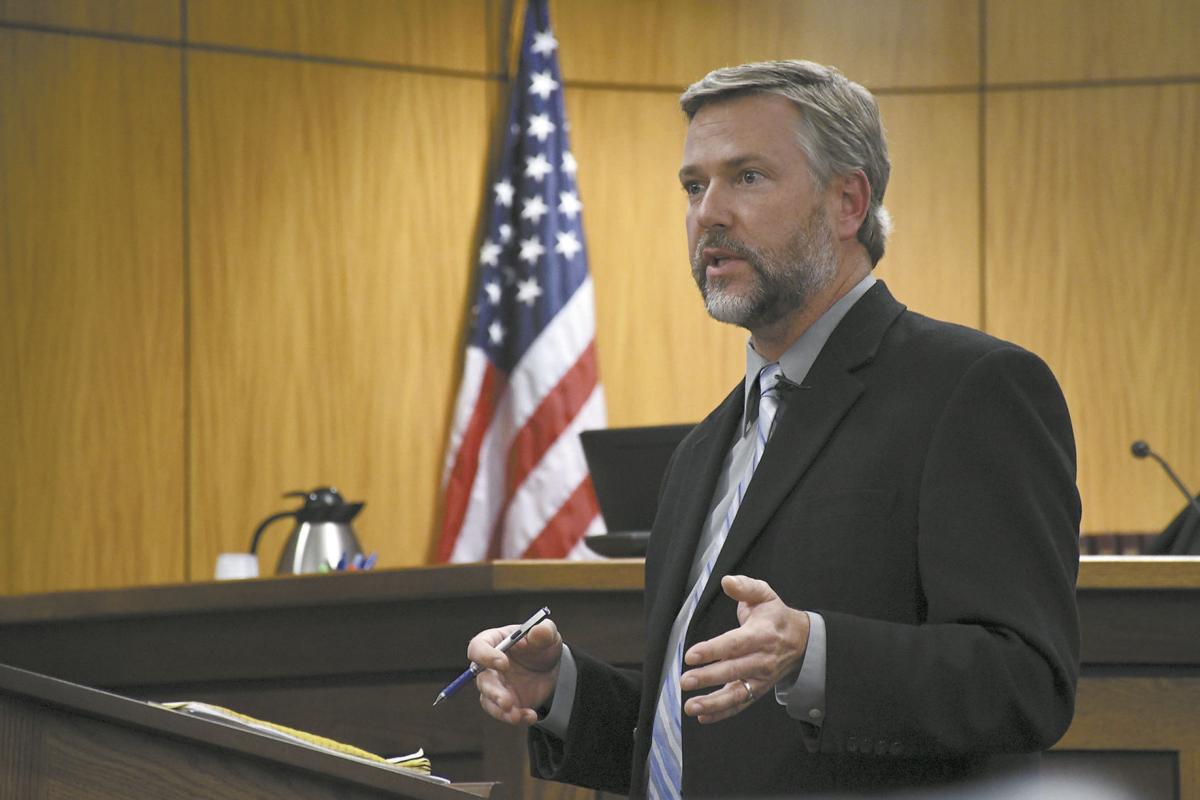 Everest Moore, third from right, hugs his parents after being found guilty of eight class A felony counts of gross sexual imposition on Monday, Sept. 30.

A jury of seven men and five women deliberated for about an hour Monday, Sept. 30, before finding a former teacher guilty of molesting students he taught at St. Joseph Catholic School in Williston.

Everest Moore, 29, was found guilty of of eight class A felony counts of gross sexual imposition after a trial that lasted six days.

Moore bowed his head slightly as the first verdict was read, but otherwise gave no reaction. Some family members and friends of Moore cried quietly and hugged each other in the courtroom during the verdict. Others sat quietly, shaking their heads. After the jury was dismissed, Moore’s family hugged him and cried before he was led away to the Williams County jail to await sentencing.

The verdict came on the same day the defense rested and both prosecution and defense gave their closing arguments.

Moore, who taught physical education and technology at St. Joseph, was originally charged with three class A felony counts of gross sexual imposition in March 2018. Five more identical charges, each alleging inappropriate conduct with a different young girl, were added between April and August 2018.

Police and prosecutors claimed Moore sexually abused the girls during his classes.

All eight girls testified at the trial, and jurors also saw video of forensic interviews with the girls.

Moore’s defense attorneys called multiple coworkers who said they never saw him do anything inappropriate, and had Moore himself testify. In nearly three hours on the stand, Moore denied ever touching any student inappropriately.

In closing arguments that lasted nearly 90 minutes, the prosecution walked the jurors through the testimony of each of the girls who have accused Moore of inappropriate touching.

Kelly Dillon, one of the prosecutors, told the jury that the girls all had similar stories, but that there were differences, as well. That, she said, made the videos of their forensic interviews and their testimony more believable.

It also meant jurors had to decide who to believe — Moore, who testified and denied doing anything wrong, and the girls.

“If these girls are lying, then why are they describing similar conduct in different terms?” she asked.

Robert Bolinske Jr., one of Moore’s defense attorneys, criticized the way the investigation had been conducted, a theme he also raised while questioning Sgt. Detective Danielle Hendricks, the lead investigator on the case. He questioned why more employees hadn’t been questioned and also pointed out that multiple defense witnesses said they’d never seen Moore do anything inappropriate.

Glueckert, an employee of St. Joseph Catholic School, told James Martens, one of Moore’s defense attorneys, that after court on Friday she’d spoken with the mother of one of the girls Moore is accused of sexually assaulting.

Glueckert said she learned it was a hard process for all involved.

Bolinske said that showed the prosecution hadn’t done enough to prove the accusations Moore is facing.

“If you add those all together, this case has not been proved beyond a reasonable doubt,” he said. “These are terrible accusations and allegations but there is doubt all over the place.”

Bolinske also told the jury the stakes in the case could not be higher.

Dillon objected to that. Jurors are not supposed to consider punishment as part of their deliberations.

In her final rebuttal, Dillon, addressed what jurors had heard from Glueckert.

She argued that the defense had only presented part of the conversation, because the girl’s mother hadn’t testified.

“You take out the pieces you want and ignore the rest,” she said. “That’s what Ms. Glueckert’s testimony was.”

Dillon also dismissed the defense’s criticisms of the investigation, saying many of the issues they highlighted were discrepancies because information was being relayed through multiple people.

Moore faces a maximum sentence of 160 years in prison. A sentencing date has not been scheduled, and a presentence investigation is required by North Dakota law.