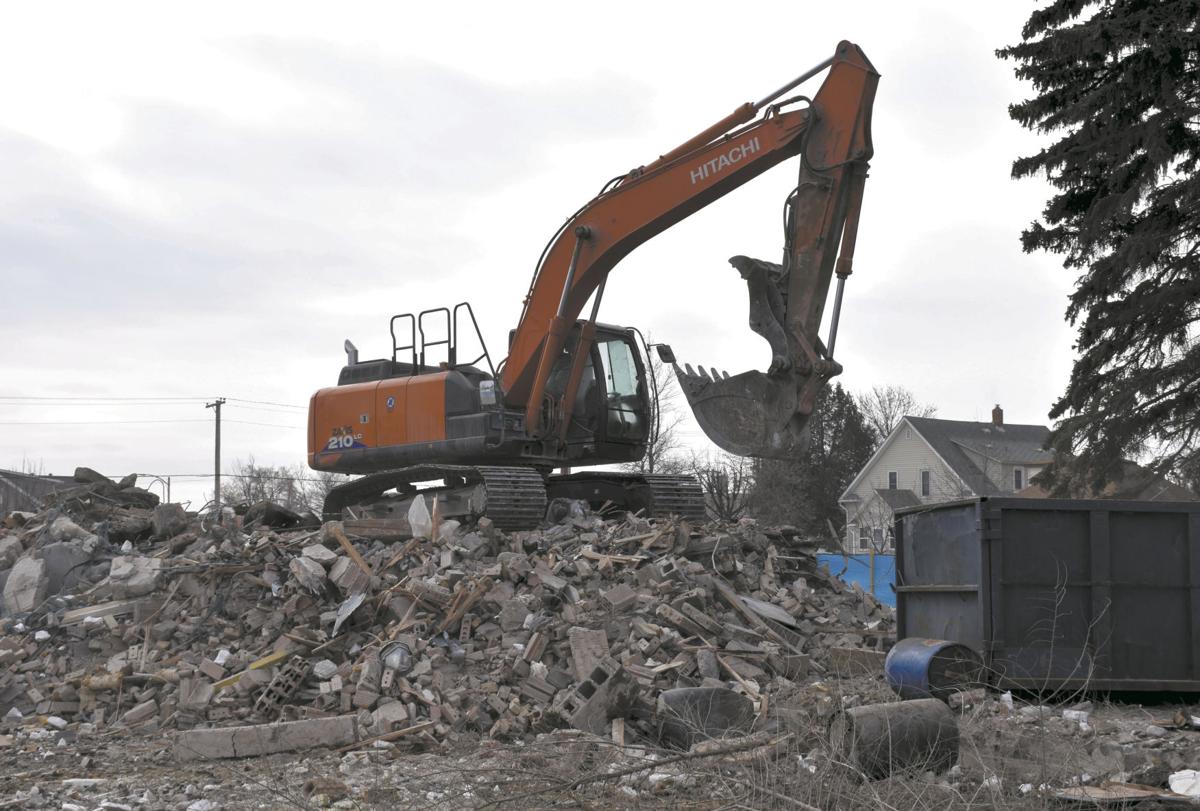 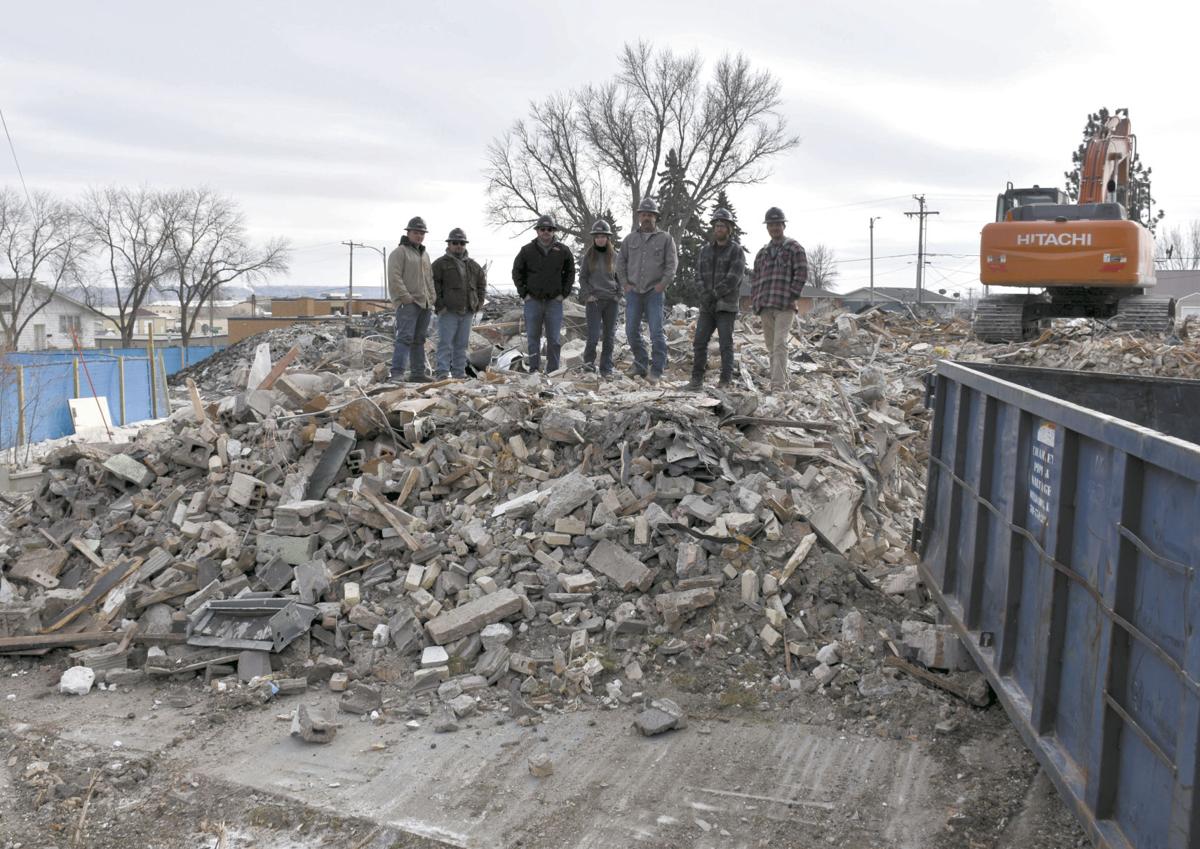 Kyger Hill and his team from National Civil stand atop the remains of the Law Enforcement Center. The team has been working since December to demolish the building. 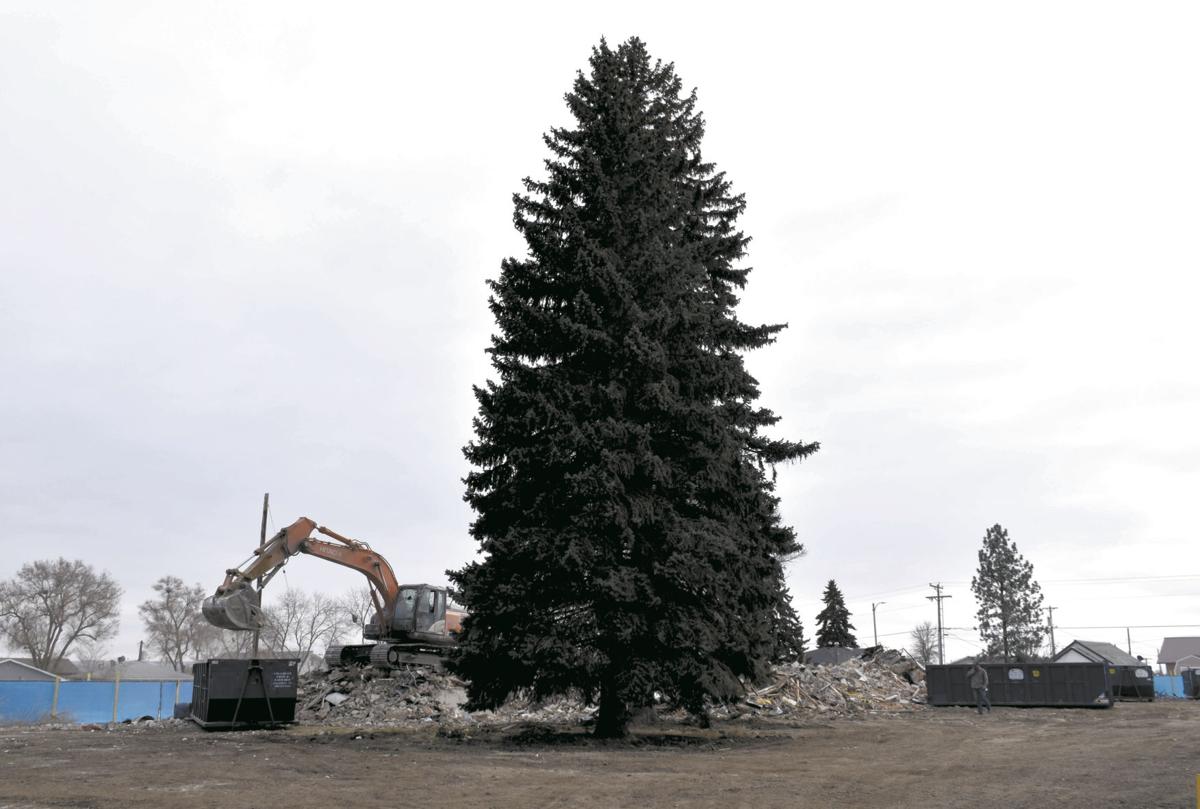 A lone tree is the only thing left standing in the lot of the former Law Enforcement Center.

Kyger Hill and his team from National Civil stand atop the remains of the Law Enforcement Center. The team has been working since December to demolish the building.

A lone tree is the only thing left standing in the lot of the former Law Enforcement Center.

Years after being declared dangerous, the former Law Enforcement Center is now a thing of the past.

Crews from National Civil completed the demolition on Thursday, Feb. 6, amid concerns from surrounding neighbors regarding the dust coming off of the site. Asbestos had been discovered in the building in December, but the city released a statement to the Williston Herald on Tuesday, Feb. 4, stating that all asbestos had been removed prior to demolition continuing, and that the Department of Health had already inspected and signed off on the building.

The building is now completely demolished, leaving nothing but a lone tree and a pile of rubble in its place. The National Civil crew will continue working on the cleanup effort, hauling away thousands of pounds of bricks, glass and debris from the site.

“The city will complete the demolition over the next couple of weeks, including hauling rubble and restoring a natural grade to the site,” City Administrator David Tuan told the Williston Herald. “All costs associated with the demolition will be assessed back to the property owner and they will have the opportunity to develop it if they choose.”

The future of the site is still unclear, however Lakeside Builders owner and former LEC demolition contractor Joe LaFave had stated to the Herald previously that he had interest in developing the site with owners J.T.M. Property.

“It may sit vacant for a while, as we have seen very little activity over the period of ownership by J.T.M.,” Tuan added. “I still hold out hope for redevelopment one day. At least as a grassed, vegetated and graded lot, the impact to the neighborhood will be minimal.”