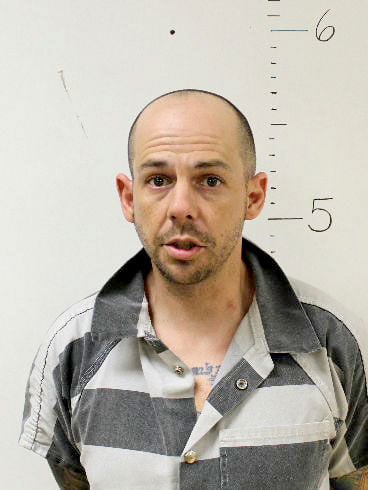 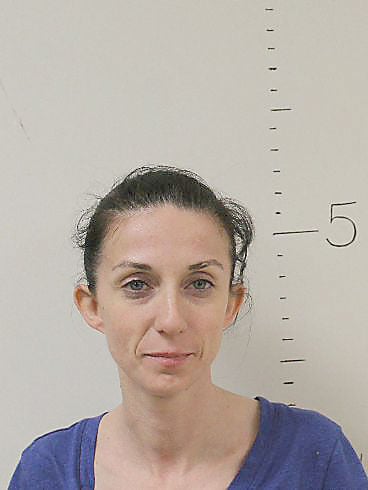 Two people pleaded guilty Friday to drug charges that came about after their home was robbed in July.

Stephanie Tompkins, Berry’s wife, pleaded guilty to possession of heroin with intent to deliver and was sentenced to 366 days in prison, with 352 days suspended. Northwest District Judge Benjamen Johnson gave Tompkins, 36, credit for 14 days she’s spent in jail, so she was released Friday. As part of a plea deal, multiple drug charges Tompkins was facing were dismissed.

Christopher Votava, Williams County assistant state’s attorney, told Johnson that he thought the deals were fair, and that Berry was taking responsibility by pleading guilty to the most serious charges.

Both Tompkins and Berry have cooperated with law enforcement, Votava said.

Tompkins won’t have to spend any additional time in jail, but she will have to complete three years of supervised probation. Votava said that satisfied the state, because if she violated probation, she could be sentenced to up to 20 years in prison — the maximum sentence for the charge she pleaded guilty to.

“If she doesn’t comply with probation, there would be quite a bit of time hanging over her head,” Votava told Johnson.

Robbery leads to charges for victims

Berry and Tompkins were charged after police searched their house during an investigation into a July 3 robbery. In that incident, Berry, Tompkins, Berry’s brother and another man, Larry Norwood, were in the home Berry and Tompkins share in Williston.

Three men burst into the house, pistol-whipped Berry’s brother, held Tompkins at gunpoint and seriously injured Berry, according to police.

Hours later, police arrested Sedarian Jinks and charged him with robbery, conspiracy to commit robbery, aggravated assault and terrorizing. Jinks pleaded guilty to several of those charges earlier this month and was sentenced to serve four years in prison. Another man, LeCarl Branch, pleaded guilty to conspiracy to commit robbery in relation to the case. He was given a deferred sentence.

According to an arrest warrant filed in Northwest District Court, police believe that Norwood, who was in the home when it was robbed, approached Jinks with the suggestion to rob Berry. Warrants was issued for Norwood and another man, Danny Striblin, in July, but they have not been arrested.

According to charging documents, Norwood came to Berry and Tompkins’ home on the evening on July 3 and asked to use the bathroom. Moments later, the three men forced their way inside and robbed the house.

Police said when officers responded to the report of a robbery, they found Norwood running away from the home.

Norwood told police that he had been robbed of $17,000, and that the men also stole his pants.

During the investigation, the Northwest Narcotics Task Force applied for a warrant to search Berry and Tompkins’ home.

According to charging documents, police found 21 grams of meth, 84 grams of heroin, digital scales and other drug paraphernalia.

After Berry was sentenced, his attorney, Kevin Chapman, told the court Berry had asked to be released temporarily so he could seek medical treatment for his arm.

Berry told Johnson he had a methicillin-resistant Staphylococcus aureus, or MRSA, infection and needed an operation.

“I used krokodil,” Berry said, using the street name for an illicitly produced form of desomorphine, a synthetic opioid. “I’m going to lose the arm.”

Berry said he needed treatment soon and that he was being held in isolation in the Williams County jail because he had MRSA.

Votava said he opposed Berry being released to seek treatment because Berry had been given a personal recognizance bond several times since being charged but had failed to appear in court each time.

“I’m not comfortable agreeing to that request,” Votava said.

Johnson said he could tell there was a problem with Berry’s arm.

“I can see your arm,” Johnson said. “There’s something — there’s some issue there.”

But, Johnson said, he couldn’t release Berry because no bondsman would issue a bond for someone who had been sentenced for a crime. He said Berry would be able to get treatment with the Department of Corrections and Rehabilitation and that the Williams County jail would expedite his transfer.