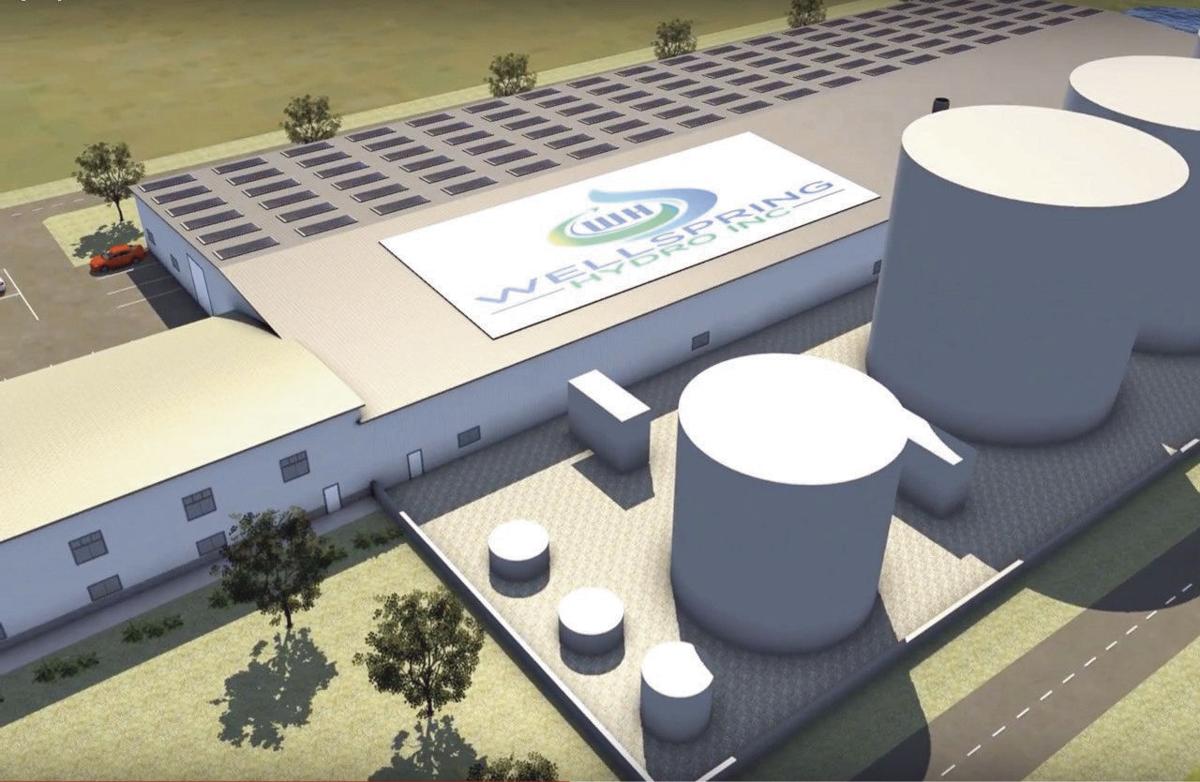 A rendering of Wellspring Hydro. 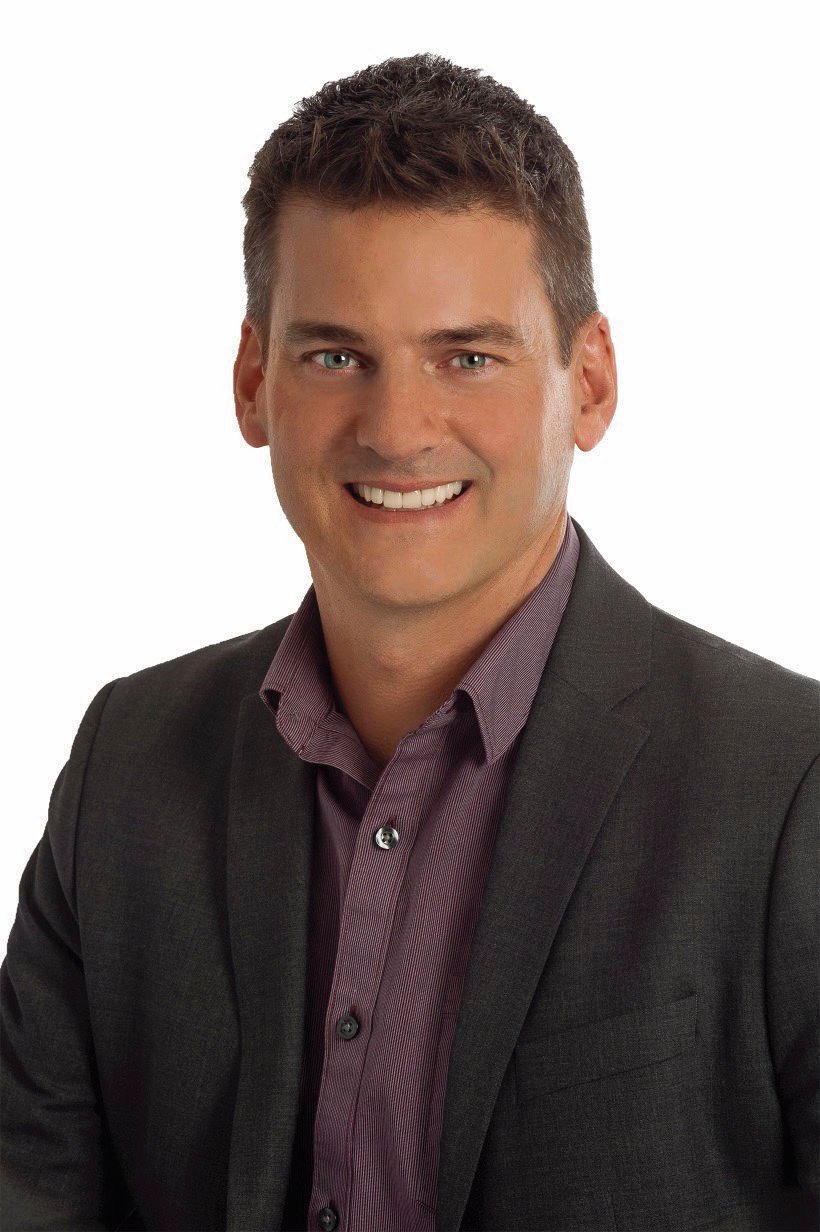 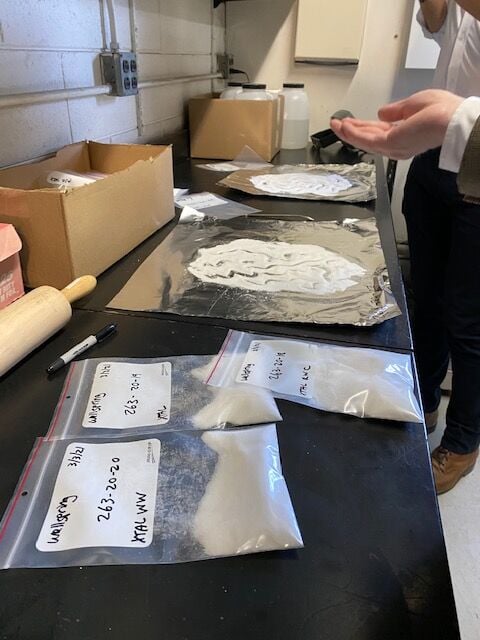 Solid material separated from Bakken brine is being tested, to determine what is in it. 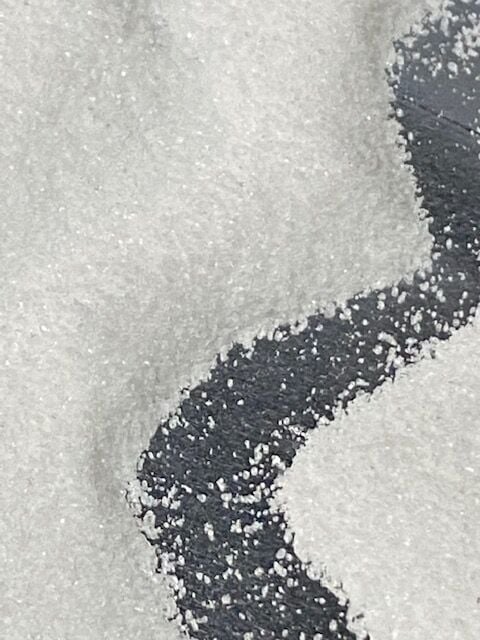 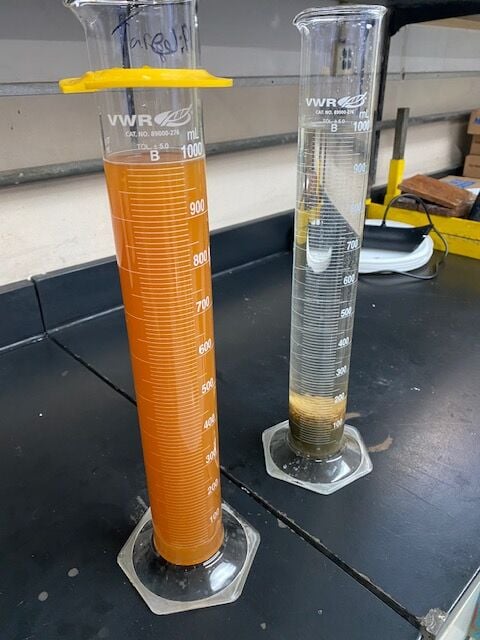 A rendering of Wellspring Hydro.

Solid material separated from Bakken brine is being tested, to determine what is in it.

Saltier than the sea, the Bakken’s produced water has long been a problem for oil and gas companies in the nation’s No. 2 oil play. But sometimes with problems come opportunities in disguise.

Triple8 LLC, doing business as Wellspring Hydro, is a Williams County business that has been working to develop an opportunity out of the Bakken’s brine problem since 2016. It just received a $750,000 loan from the North Dakota Development Fund to pay engineering costs on a process that recycles Bakken saltwater and turns it into several different products, among them hydrochloric acid, sodium hydroxide, and table salt. The grant was one of 22 totaling $3.16 million to help new or expanding businesses develop.

The principal owner of Wellspring Hydro is Williams County Commission Chairman Steve Kemp. His role as a commissioner is not directly related to the business venture.

Kemp told the Williston Herald the process he’s working on would not be feasible in any other oil play. Their brine is just not salty enough. Bakken brine, on the other hand, has so much salt in it, that operators sometimes pump fresh water in to dilute it and prevent corrosive salts from building up on equipment.

Kemp has recently been to Illinois to view results of tests on Bakken brine at a pilot plant that’s been set up to test the company’s full concept on a smaller scale. This is a necessary precursor to seeking the financing that will be necessary to build the $170 million plant.

“We’ve actually seen the salt they’ve made from our Bakken brine, and it looks fantastic,” Kemp said. “It looks just like any salt you’d see on a table, which is consumable by humans, so that’s pretty pure.”

Of course, Kemp is not relying on the human eye to tell him that the salt is pure. The salt has also been subjected to a battery of tests to verify that there is nothing else in it and that the purification process is working as expected.

“That is literally the stage we are at right now,” Kemp said. “We are finding out how pure the salt is. The Chileans set the gold standard in the world, and what we’re hoping is that the new gold standard will be Bakken salt.”

Salt, however, is actually just a precursor for the main products the plant will produce. Those are hydrochloric acid and and sodium hydroxide, more commonly known as caustic soda or lye.

“So right here in North Dakota we’ve got a great client and a nice green project for removing, I mean that’s the equivalent of removing 800,000 cars from the road today,” Kemp said. “And what’s ironic about 800,000 vehicles is that’s just about exactly how many vehicles are registered in the state of North Dakota.”

Caustic soda also has uses by paper and pulp mills to break down tree fibers to make paper, and it has uses in refineries as well.

On the chlorine side of the salt or sodium chloride equation, chlorine will be captured by electrolysis to make hydrogen chloride. The oilfield industry uses that in hydraulic fracturing processes, as well as for cleaning up saltwater disposal wells, and various other things.

A third potential product the plant could make is calcium chloride, by combining its hydrogen chloride with lime. Calcium chloride is often used for dust control on gravel roads.

“We’re hoping that will be useful for all the gravel roads that we have in Williams County,” Kemp said. “And in all the counties in western North Dakota and eastern Montana.”

Last but not least, there is likely to be leftover, pure distilled water, which Kemp said might be used by the plant itself as a water source. It will of course be tested thoroughly to ensure it is purely water.

Kemp hopes to begin construction on the plant later this year and to begin operations by 2023. It would employ 250 to 300 people for construction, and then 60 people long-term to operate once complete.

The plant would be built near Trenton by the Savage transloading facility and rail loop.

That location was preferred by the companies Kemp will be working with for the saltwater feedstocks he’ll be accepting, and will provide cost-effective transportation for the plant’s finished products.

Kemp expects the plant will consume about 60 percent of the saltwater that comes in for disposal. The remaining 40 percent will be disposed of the usual way, by injecting it about 6,000 feet underground.

“We will get paid to take the saltwater,” Kemp said. “That’s a key component to what makes us competitive with, you know, some of the bigger operations down on the Gulf Coast.”

Kemp’s idea for this brine-recycling, chlor-alkali plant started with a different idea altogether. He wondered, after reading a newspaper clipping, whether the Bakken’s produced water would have enough lithium in it that it could be extracted.

That turned out to be unfeasible on its own, but led to the other ideas he’s working on now. The lithium extraction may yet become feasible, however. New technology is making the idea less expensive and more efficient. Kemp is, in fact, already working with a company on a process to extract lithium from Bakken brine in the future.

“It’s a great story for the oil and gas industry to be able to tell,” Kemp added. “Getting lithium out of this water helps keep North Dakota and our energy sector relevant, well into the future. Because there’s a transition that’s happening. There’s going to be more and more electric vehicles built. And those electric vehicle are going to depend on lithium.”

And, unlike the strip mining process that is normally used to mine lithium, Kemp’s process will be environmentally friendly.

“Lithium mining is a dirty, dirty business,” Kemp said. “We are doing it in a much different way. “With like existing waste that’s being disposed of, and we are just mining it selectively out of that water. There’s a lot of synergies between our lithium partner and us, and it’s really going to be exciting to see this develop.”