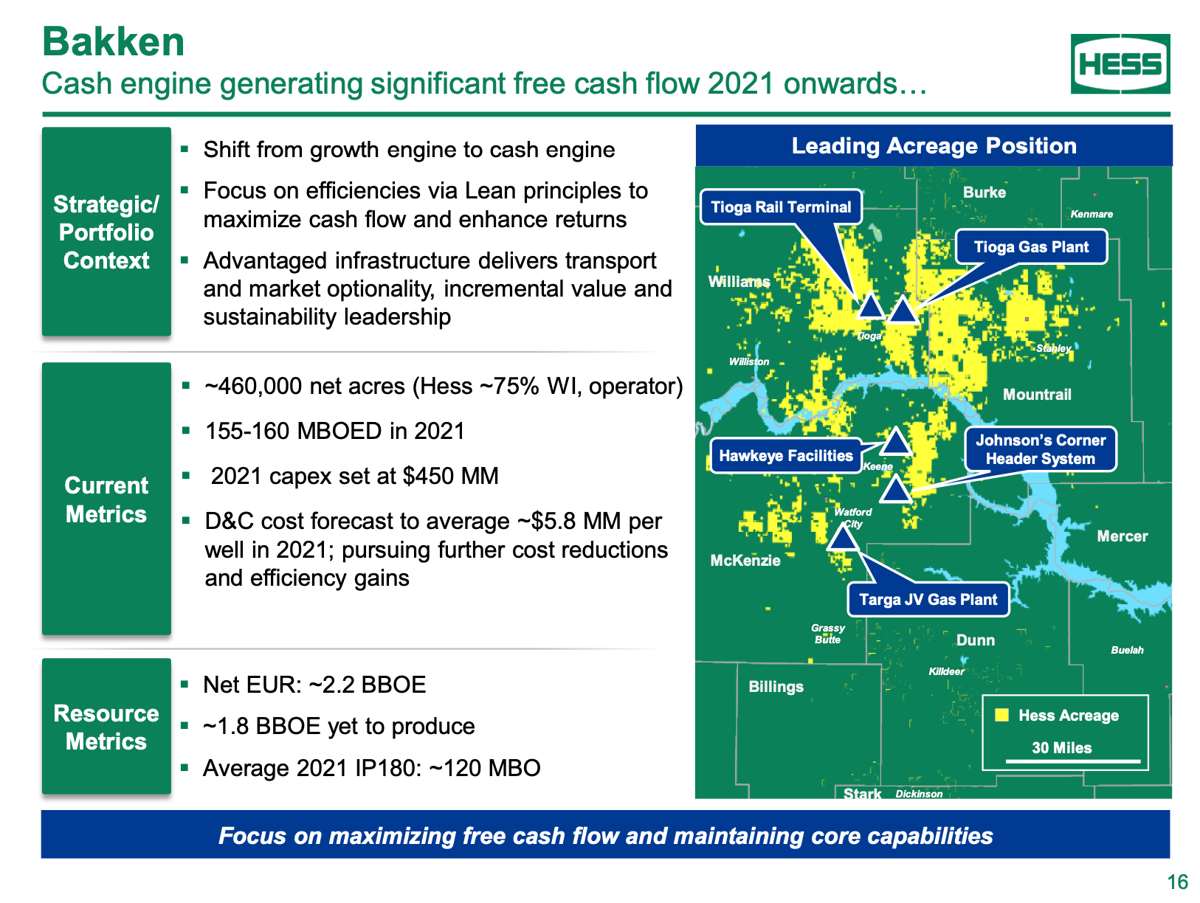 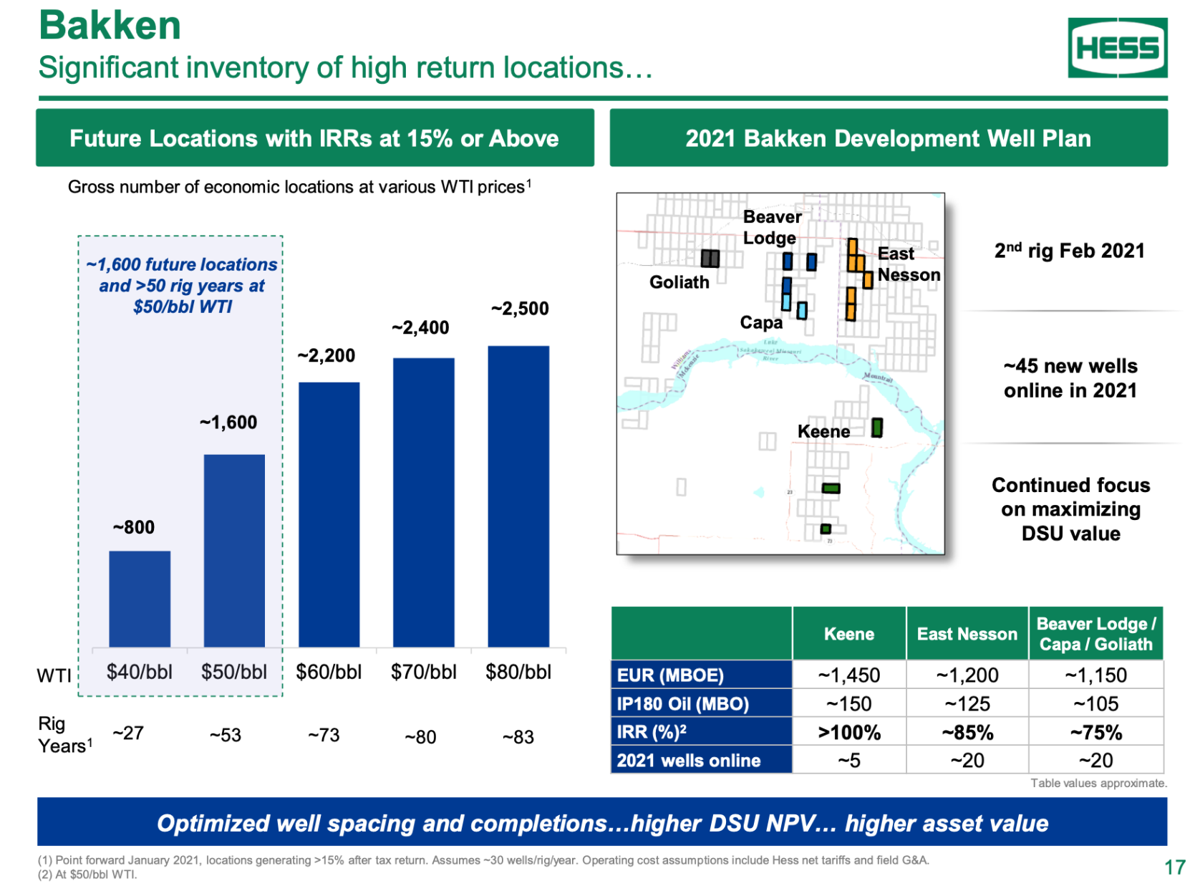 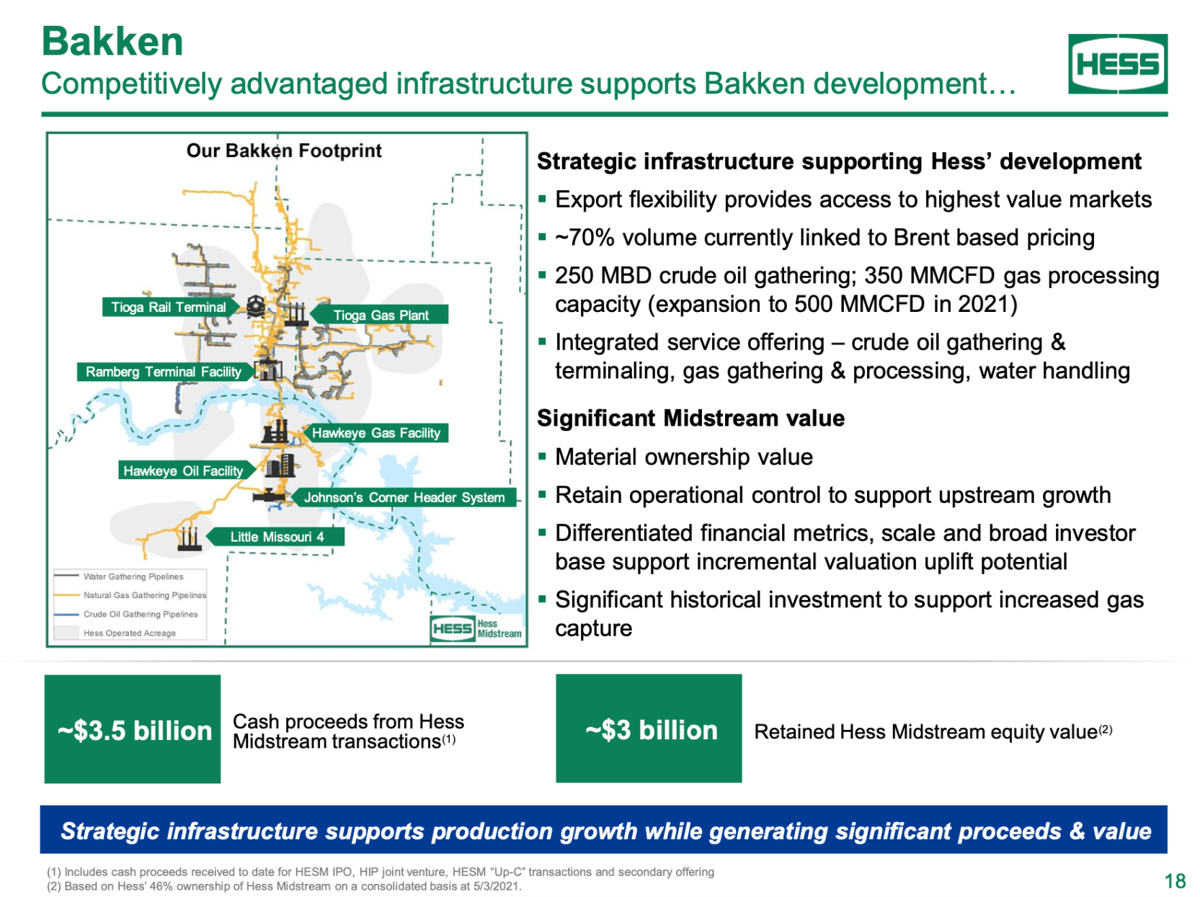 Hess CEO John Hess has been making the rounds of investor presentations. In them he has said he sees a changing role for shale oil in the marketplace.

“(Shale) is not going to be the swing producer, it’s not going to be the marginal supplier,” he said during the recent Citi 2021 Global Energy and Utilities Virtual Conference. “Shale we think has entered a new phase. Where it was a growth business, now it’s a harvest business. While there’s still more oil to exploit, it’s going to be done in a much more financially disciplined manner.”

Financial discipline are the words to live by in the oil and gas industry. You hear them In earnings call after earnings call, where CEOs outline a plan that keeps production mostly flat, or in some cases, in low, single-digit growth mode. Cash flow, meanwhile, is tightly focused on two things. Debts, and shareholders.

“I think that discipline is going to stay for the year,” Hess said. “OPEC is back in the driver’s seat. The market is being led by OPEC led by Saudi Arabia.”

The long-term outlook for shale oil, meanwhile, is actually quite good, Hess said, despite all the ESG and carbon neutrality talk.

“We don’t see peak oil until let’s say 2030,” Hess said. “I know some people think maybe it’s 2025, but the point is, you know, we still see demand for oil being pretty robust going out, even with the ESG and government pressures that are out there on climate change. Oil and gas is still a strategic industry, not only for the United States but for the world to get the economy back on its feet.”

Oil and gas, Hess noted, is still 46 percent of the energy mix in 2040, even if all the pledges in the Paris accord are met, according to the World Energy Outlook prepared by the International Energy Agency.

“So, oil and gas will still be needed 20 years from now,” Hess said. “It may be less oil than what we’re currently demanding or supplying, but there’s still going to be a pretty good need for that oil.”

The strategy in the coming environment, Hess said, is obviously to be a low cost producer.

“We have built our investment profile to be a low cost of supply, where outbreak even goes to $40 Brent by mid decade or so, so you know other barrels are going to be pushed out before ours,” he said.

Future investments will be restricted to high-return, low-cost opportunities, so that Hess provides durable cash flow that grows over time.

The role of the Bakken in this vision, meanwhile, is to be a cash engine, Hess President and Chief Operating Officer Greg Hill said, not a growth engine.

“So when we add rigs, it will be a function of corporate cash flow need,” he said. “If current prices hold, you know around the $60 level let’s say $55 to $60, you know we’re giving strong consideration to adding a third rig going into next year, so let’s say fourth quarter.”

That’s not decided yet, and will depend on strong crude oil prices continuing, Hill stressed.

“Ultimately, the most rigs we would ever be at in the Bakken would be four,” he added. “So let’s assume that prices would hold strongly again through 2022, we’d probably look at that fourth rig at the back end of 2022.”

At the four-rig level, Bakken production for Hess is around 200,000 barrels per day, which Hill said is a “sweet spot” for efficiency based on the existing infrastructure the company has already built.

“And also, by holding at 200,000 barrels a day plus or minus, the Bakken can generate a billion dollars a year free cash flow at $60 WTI, and we can hold that plateau for eight to 10 years. So the Bakken becomes like Malaysia times four, right, it becomes this massive cash engine for the company that’s just, you know, a nice, very healthy flat annuity, because remember we’ve got 2,200 well locations that generate great returns at $60 WTI.”

Hess is also prepared in the event of a Dakota Access shutdown, Hess Executive Vice President and Chief Financial OfficerJohn Rielly said. “We could move up to 100,000 barrels of oil per day at the rail terminal,” he said. “We’ve been moving about 55,000 barrels a day on DAPL, so we can easily move it to other outlets.”

The cost differential for getting to the Gulf Coast without DAPL is $2 to $3 per barrel, Rielly said.

Any free cash flow the company generates will be first used to pay down a $1 billion term loan the company took out last year.

Hess recently sold some of its Bakken assets for $312 million at the end of the April to Enerplus, and the company sold some assets in Denmark as well, for around $750 million.

“So with prices where they are, and our strong cash position, we are clearly looking at potentially paying down some of that debt this year, which would have been much earlier than we were expecting coming into the year, you know, with where the oil markets have been,” Rielly said.

After debts are paid down, free cash flow will then be used to increase the company’s dividend or repurchase shares, returning money to shareholders.