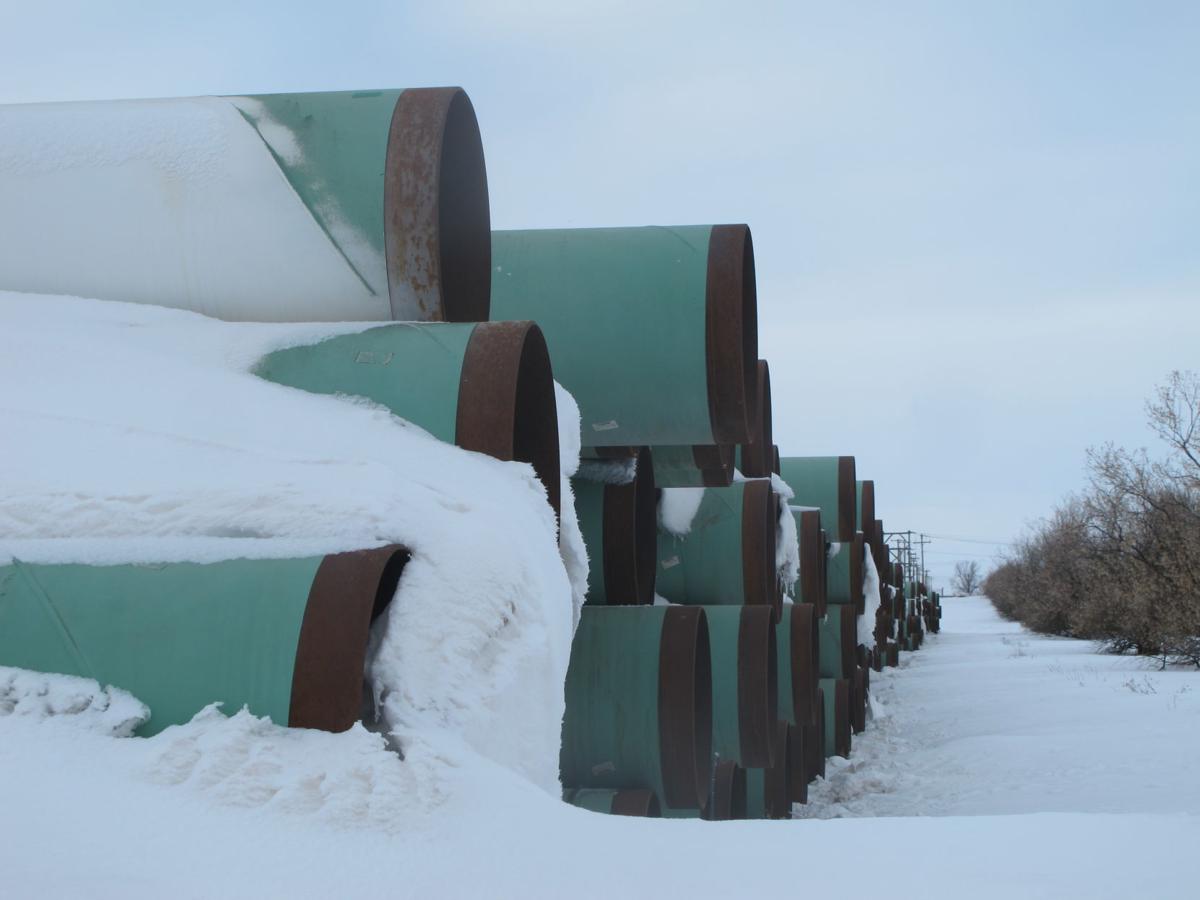 About 230 miles worth of green metal pipe, stored by TransCanada for Keystone XL pipeline, gathers snow, dust and tumbleweeds in a laydown yard where it’s been stored near Gascoyne since 2011 in this file photo. 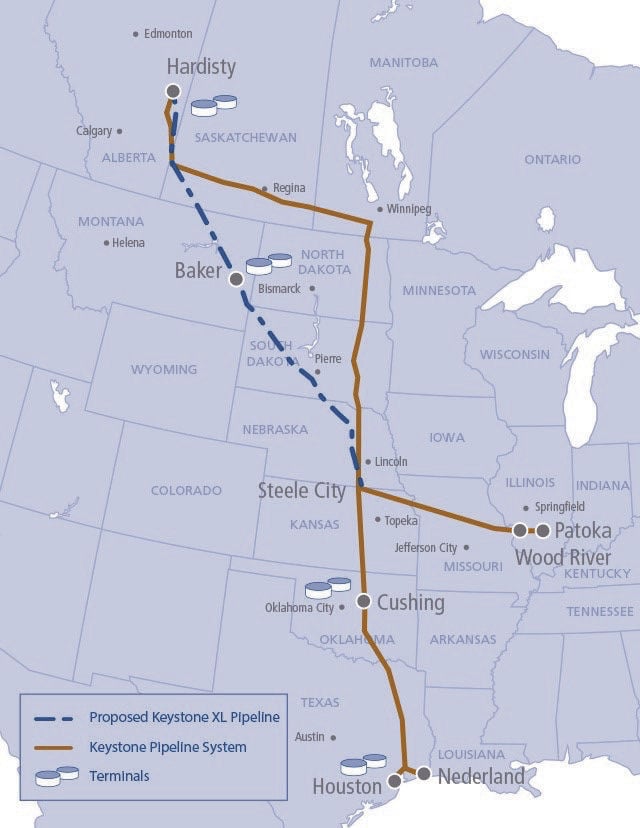 About 230 miles worth of green metal pipe, stored by TransCanada for Keystone XL pipeline, gathers snow, dust and tumbleweeds in a laydown yard where it’s been stored near Gascoyne since 2011 in this file photo.

Two environmental groups who are unhappy with how the government is structuring its public hearing for the Keystone XL pipeline’s latest required federal study are staging a competing event of their own in Billings.

Among concerns expressed by the group in a media release with Keystone XL’s current route is the location of the pipeline under the spillway for Fort Peck Dam, which they said risks “scour erosion” of the riverbed they fear could lead to exposure of the buried pipeline and lead to leaks.

Fort Peck reservation and several other northeastern Montana communities have water intakes that are downstream from the proposed river crossing, the group says, which serve up to 30,000 Montanans.

The groups also indicated that they don’t like the format that the U.S. State Department will be using for its public meeting to gather comments on the supplemental environmental impact statement. It will use an open house format, and those wishing to comment will be directed to either computers or to private rooms with stenographers.

The U.S. State Department’s public meeting will be from 4:30 to 7:30 p.m. at the same hotel, which is located at 1223 Mullowney Lane, Billings, Montana. The public meeting is a required part of the federal process for completing the supplemental environmental impact statement, which is also required by law.

Those who cannot attend the public meeting can still make comments on the draft SEIS now through Nov. 18.

These comments may be submitted online at https:www.regulations.gov by entering the docket number, DOS-2019-0033, or the title of the applicable notice, “Notice of Availability of the Draft Supplemental Environmental Impact Statement for the Proposed Keystone XL Pipeline; Public Meeting Announcement,” into the search field, and then following the online prompts.

Questions about the process may be directed to AllistonMR@stat3e.gov, or mailed to Ross Alliston, Keystone XL Program Manager, Office of Environmental Quality and Transboundary Issues, U.S. Department of State, 2201 C Street NW, Washington DC, 20520 or by calling 202-647-4828.

Copies of the draft SEIS have been distributed to state and federal government agencies, tribal governments and other interested parties. The draft is also available online at https://www.state.gov/releases-keystone-xl-pipeline. And they are available in several public libraries, including Glendive Public Library and Glasgow-City-County Library, as well as county libraries Fallon, McCone, Phillips and Prairie counties.