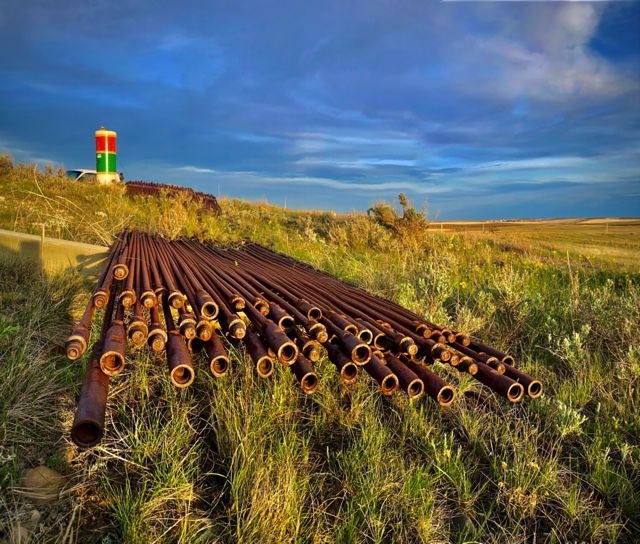 Steel pipes and other equipment often remain on abandoned well sites. The recycled steel will be giving a boost to the well-plugging nonprofit Well Done, thanks to Pacific Steel. 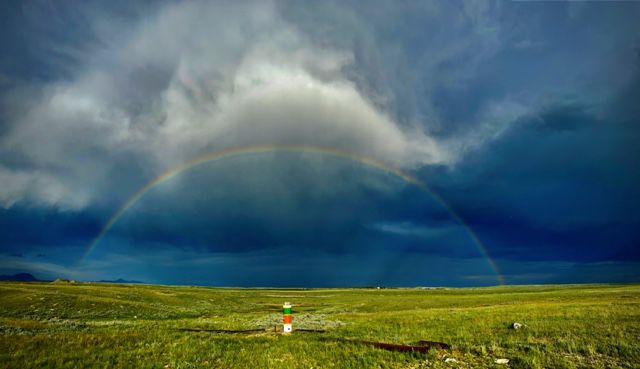 A rainbow forms over a recently plugged and abandoned well in Montana.

Steel pipes and other equipment often remain on abandoned well sites. The recycled steel will be giving a boost to the well-plugging nonprofit Well Done, thanks to Pacific Steel.

A rainbow forms over a recently plugged and abandoned well in Montana.

Recycled steel in the Montana Oil Patch will be helping to fund a nonprofit program that is plugging abandoned wells.

Pacific has agreed to purchase, through the Well done Foundation, one Climate Benefit Unit for $7 for every ton of recycled steel brought through the Shelby rail terminal from the Northern Montana Oil Patch from now through September.

The Climate Benefit Unit is a registered trademark of the Well Done Foundation, but is similar to a carbon credit. Each unit is equal to one ton of carbon dioxide equivalent.

Well Done has sold 250 of the credits so far from equipment and machinery left behind at abandoned well sites, as well as fro, North Central Montana farmers, ranchers, and oil companies.

The Well Done foundation is a relatively new foundation. Its mission is plugging old and abandoned oil wells. Shuck was inspired to start the foundation after seeing dozens of dormant oil wells in Montana on his way from Shelby towvw Bozeman.

They were part of more than 200 orphaned oil and gas wells in the state, all of them legacy wells that predate modern bonding requirements for the management of oil and gas wells once their economic life has ended.

“There are 3 million and some orphaned wells in the United States,” he said. “That’s a crazy number for these. And, as I started to investigate further, looking at what the wells are emitting in terms of methane and greenhouse gases it’s just a crazy amount. So that is where the vision for Well Done was born.”

Well Done has so far plugged two wells in Montana as part of a pilot project, to demonstrate how the program works and show what it can do to facilitate shutting in abandoned wells.

They are also seeking additional partners like Pacific Steel to help create a funding mechanism for the program.

““Pacific Steel has deep roots in Montana with true dedication to giving back to the communities where it does business,” Shuck said. “The Well Done Foundation seeks partners who truly care about community and making a difference in the most positive way possible, in this case stopping environmental damage to the area due to greenhouse gas emissions.”

Patric Kons, vice president of scrap operations for Pacific, said the company became interested in the program for its potential impact on future generations.

“We’re headquartered in Montana, and we want to preserve it for everyone,” he said. “This is an environmentally sound program for the state, and we’re proud to be part of it. It’s a win-win for all parties involved.”

To learn more about the Well Done Foundation and get involved, visit them online at visit https://welldonefoundation.com/.