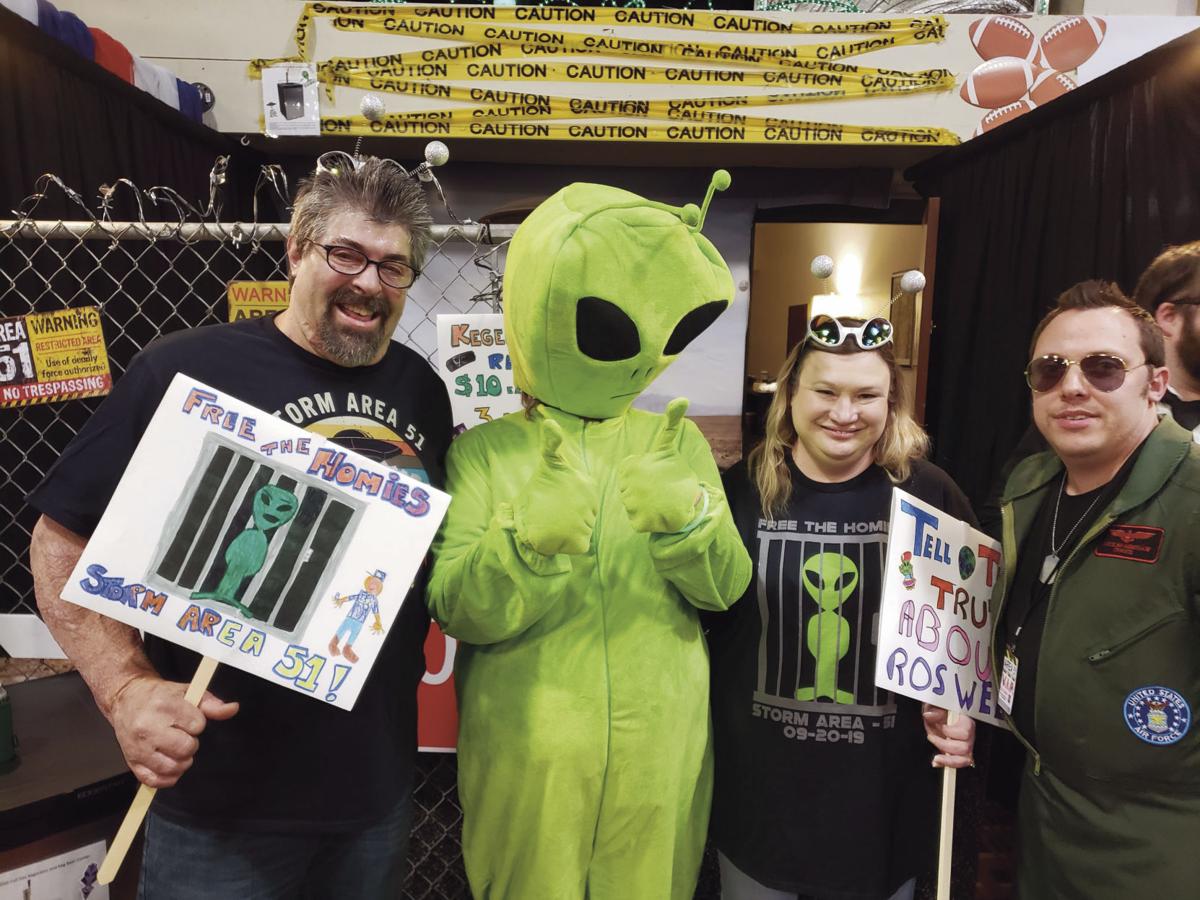 CalFrac did an Area 51 Booth, complete with an alien mascot. 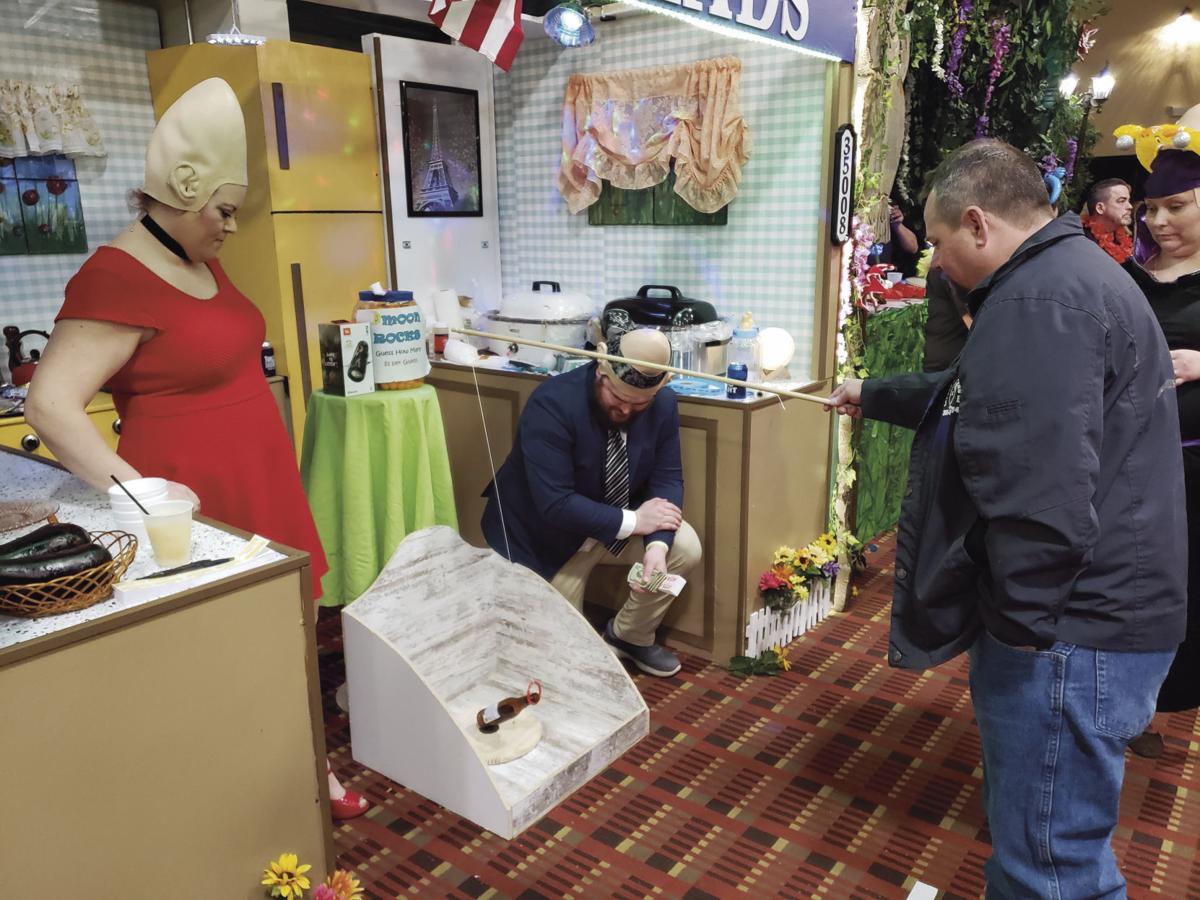 Christina Kidd, left, looks on as Jason Burgess, right, watches a contestant, center, try to pick up a bottle with a ring tied to a string. The game was popular, and among the most difficult at the API’s annual chili cook-off. 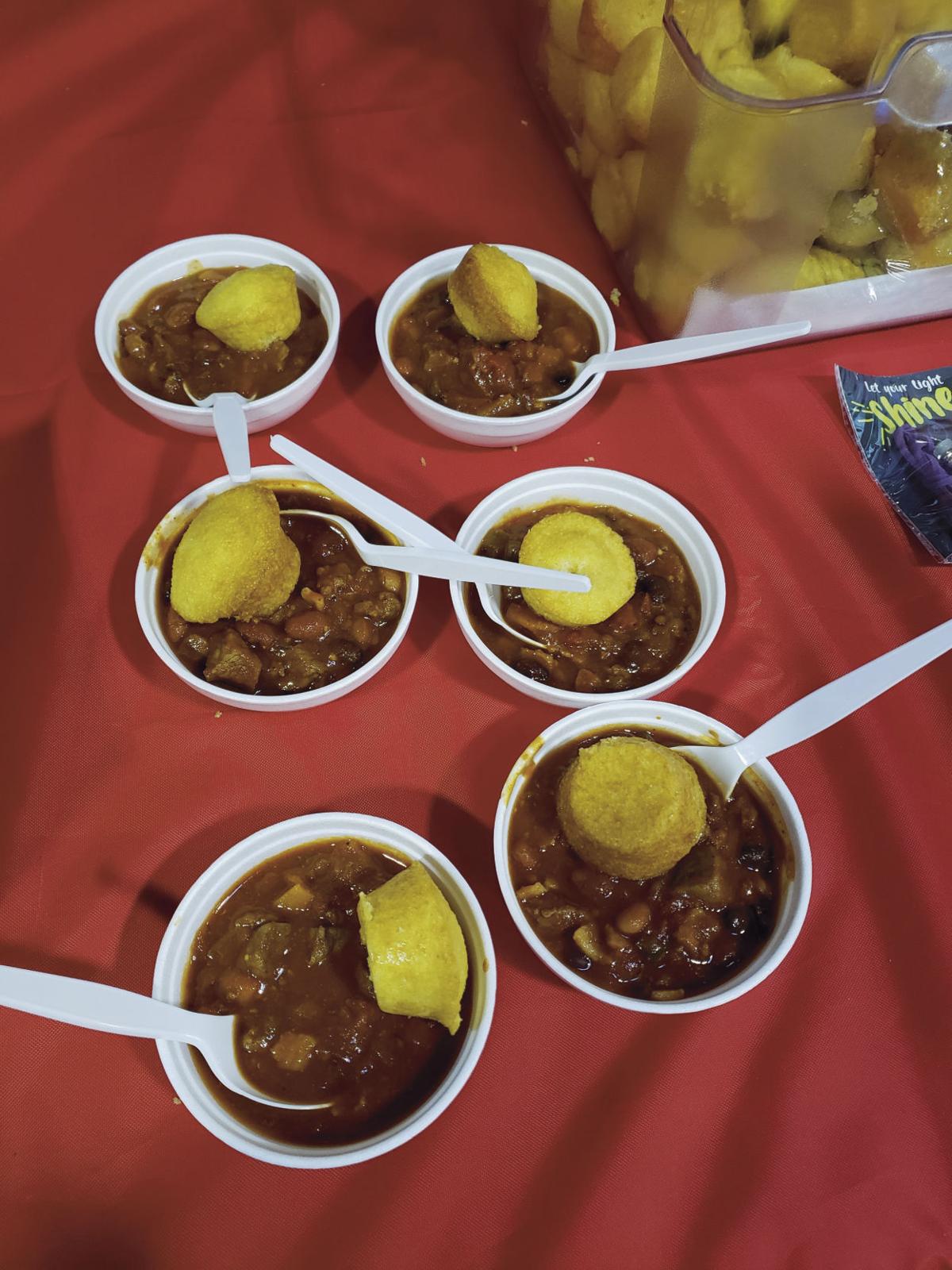 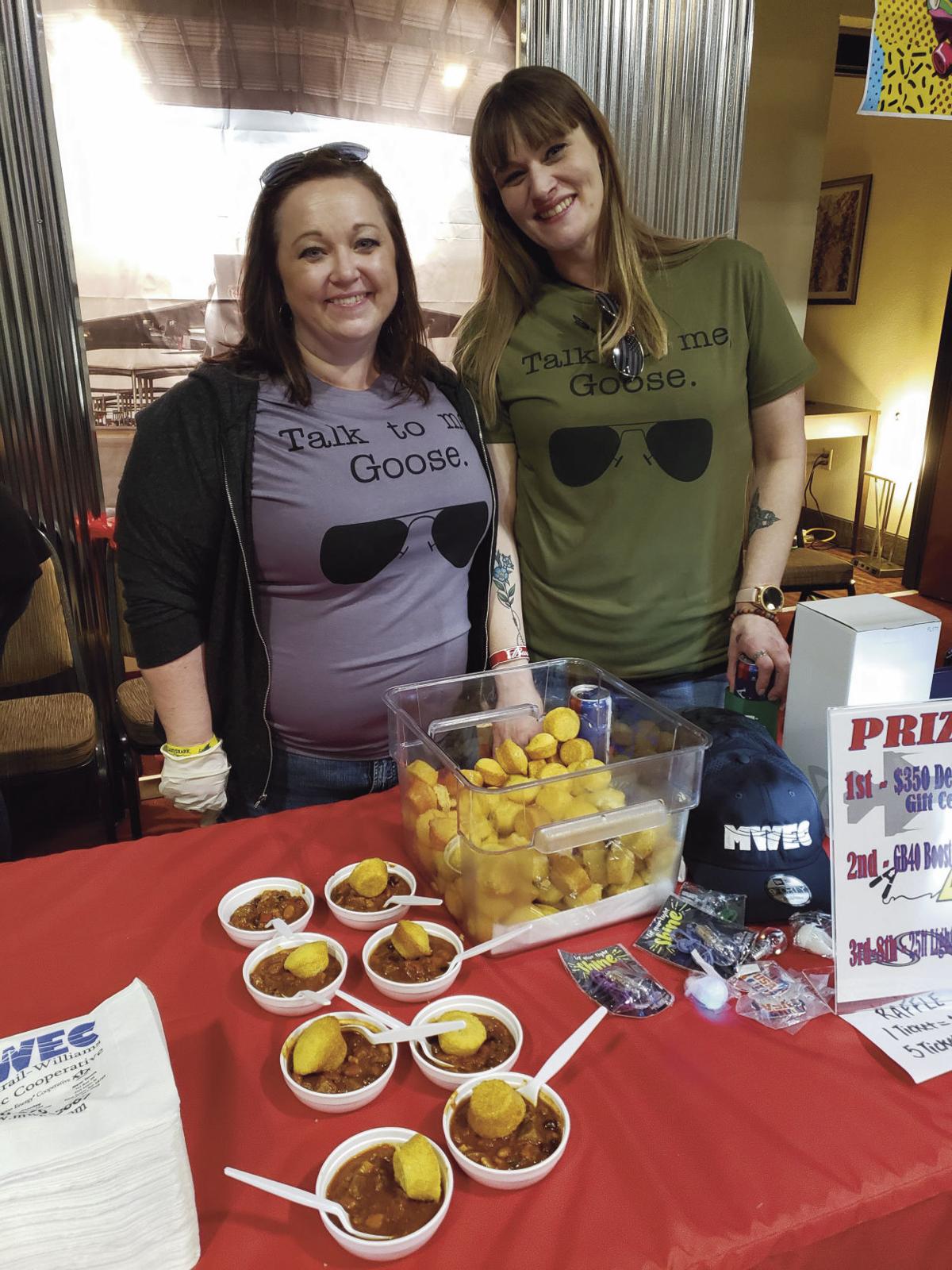 Kristy Wenstad and Rachel Atkins pose with samples of chili they were preparing at the Mountrail Williams booth at the API chili cook-off Saturday.

CalFrac did an Area 51 Booth, complete with an alien mascot.

Christina Kidd, left, looks on as Jason Burgess, right, watches a contestant, center, try to pick up a bottle with a ring tied to a string. The game was popular, and among the most difficult at the API’s annual chili cook-off.

Kristy Wenstad and Rachel Atkins pose with samples of chili they were preparing at the Mountrail Williams booth at the API chili cook-off Saturday.

TorcSill had its biggest year yet in 2019 with $14 million in business, a success the company, which provides helical pile and anchor solutions to clients in a broad range of energy and other markets, hopes to top in 2020.

They have a strong slate of commitments already set through June, which gives them a good chance of beating their 2020 goal. Of course, the outcome will depend somewhat on soon-to-be capital expenditure announcements from exploration and production companies. That will set the tone for the remaining half of the year for many oiflield service companies, TorcSill included.

TorcSill’s success was chief among reasons the oilfield services company was going big at the API Williston Basin Chapter chili cook-off Saturday, Feb. 8. The company put together a Coneheads-themed booth that included two of the most popular games at the charity event. And two of the hardest, too. Participants had to land a penny on a plate from several feet away, or they could try to right a bottle with a ring that had been tied to a pole with string.

Jon Tommeson, Torcsill’s Business Development Manager for the Bakken, said the company’s Williston branch has done the chili cook-off for the last six to seven years.

“It’s a good way for us to connect with Williston,” he said. “Williston has done so much for us, and this is a great way for us to give back to the community, and to the state of North Dakota.”

TorcSill wasn’t the only oil company going big at the API chili cook off.

Each year a couple dozen or so companies gather to put on what is one of the API’s biggest charity events, and a bright spot of fun to enliven winter. The proceeds are used for mini grants to worthy causes, from the Make a Wish charity, to veterans, cancer patients, and more, as well as to fund scholarships at Williston State College, Montana Tech, and University of North Dakota.

Teams from each participating company cook up a pot of chili and vie to be that year’s chili champion of the Bakken. They also host games or prize drawings at flashy booths that have been decorated according to a selected theme, and try to out-fundraise each other.

There was an Area 51 Booth, an Olympics-themed booth, a Jumanji-themed booth and many others, all featuring great prizes ranging from Traeger grills and Yeti coolers to large gift certificates — as much as $800 for one to Sportsman’s Warehouse.

Music played throughout the event by perennial favorite Slamabama, and there was a cash bar, too.

Not every booth featured games or prizes. Distribution Now had a real, live fortune-teller instead, hailing from South Africa’s Zulu country.

Sharon Onyweaku said she learned the gift from her grandmother when she was 10.

It’s not difficult to learn, she said. It simply requires a “good spirit.” And many prayers.

Distribution Now has been participating in the chili cook-off since the event began 39 years ago.

They, too, had a great year in Williston in 2019, Scott Meade, in charge of Rig Sales, said. He’s hopeful that 2020 will bring more of the same.

At the Creedence booth, meanwhile, Bobby Purdy said the company was simply there to raise the most money for API of any of the teams.

“API does a lot of good for the community,” he said.

“Just from January, our numbers are going crazy,” he said. “We are on the production side. We have production chemicals with an acidizing division. It never gets slow for us.”