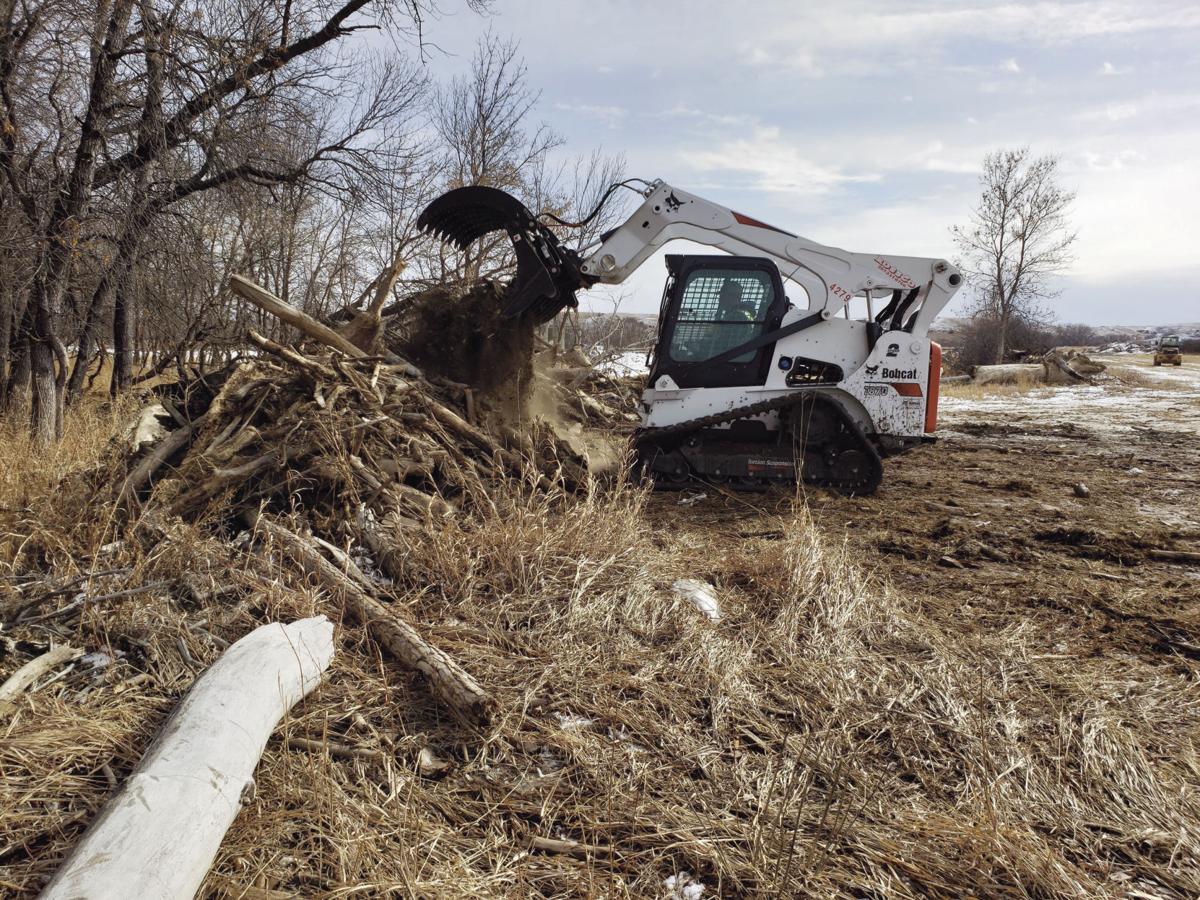 A bobcat carries debris from an area in the Lewis and Clark Wildlife Management area on Wednesday, Feb. 26. 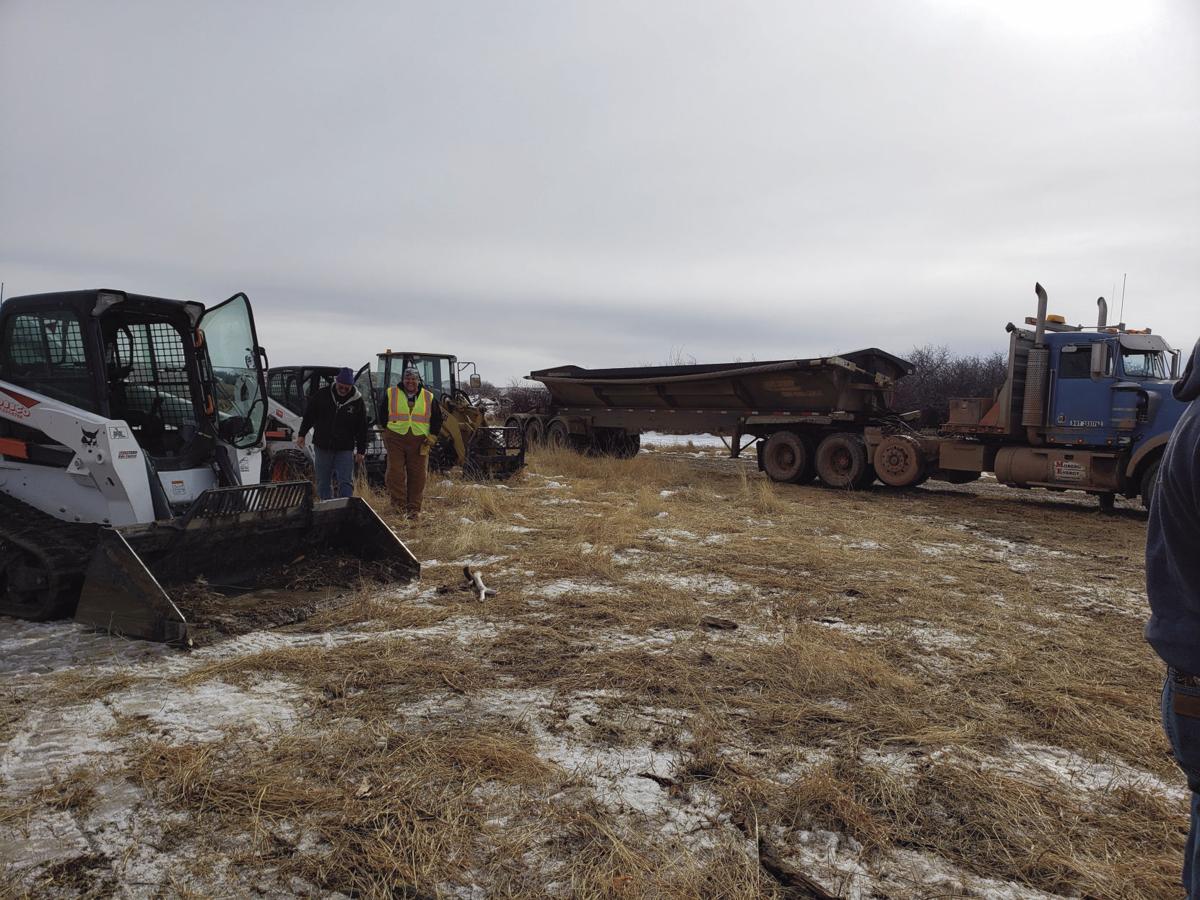 A bobcat carries debris from an area in the Lewis and Clark Wildlife Management area on Wednesday, Feb. 26.

Last year’s ice jam that caused record flooding in the Fairview, Montana/North Dakota area also carried waves of tree trunks and other debris, dumping much of it in the Lewis and Clark Wildlife Management area.

North Dakota Game and Fish officials wanted to do a prescribed burn there, but were struggling with what to do about the small mountains of over-sized tree trunks frozen to the ground in that area.

About that same time, Marshall Johnson, regional director for the North Dakota Mule Deer Foundation, which annually raises money to improve habitat for wildlife, dropped by the Williston Game and Fish office for a visit.

In talking to Todd Buckley, with Game and Fish, it didn’t take Johnson long to realize their problem was actually a great match for an industry day.

Johnson called up the North Dakota Petroleum Council for help lining up the big equipment needed to clear the tree trunks to prepare the area for its prescribed burn.

North Dakota Petroleum Council found several companies willing to help. These included MAP Mechanical, Russco Crane, Wright Excavation, Iron Hide Bobcat, and Moberg Energy, all of whom brought heavy equipment such as side dumpers, trailers, bobcats and more to the site, as well as workers to operate the equipment and help with labor.

“These companies, it costs them a lot of money to do this for the day,” Marshall said. “If they get a semi for the excavator to load, for example, that generally runs $1,000 just to do that part. They are paying for both the equipment and the operators to be here. It’s a complete donation from the industry.”

The burn is to take place in the April to May timeframe, Buckley said, and will help rejuvenate prairie grasses and forbs that have been planted there for whitetail deer, pheasants, and other wildlife. It will also help expose areas where more debris might need to be removed.

In that case, there might be a second industry work date in the spring, once things are dry enough for it, Buckley said.

The Mule Deer Foundation has been in North Dakota since 2002, and has nine chapters statewide.

The chapter in Williston is called the Muddy Buck Chapter, a reference to the confluence of the rivers here. The chapter will be celebrating its 10th annual banquet this year on April 17. The occasion is one of several fundraisers the group holds annually to raise money for wildlife habitat improvement in the region.

“Our mission is conservation of mule deer habitat,” Johnson said. “We raise money to put that back on the ground here in North Dakota.”

Among ongoing projects lately has been removing sheep-woven fencing.

“It has a 2.4 times higher rate of mortality for deer,” Johnson said. “We don’t have a lot of sheep any more, so we have been going out to pull the fences. We have a Dakota wire winder we bought so we can pull the fences in one shot.”

The group also sponsors about 72 acres of land in the PLOTs program, and it is well-known for an annual raffle for a statewide mule deer tag.

If you want to join the Mule Deer Foundation and help with their mission of habitat improvement, visit them online at Muledeer.org, or give Marshall Johnson a call at 701-989-4488. Each chapter of the Foundation also has its own Facebook page.