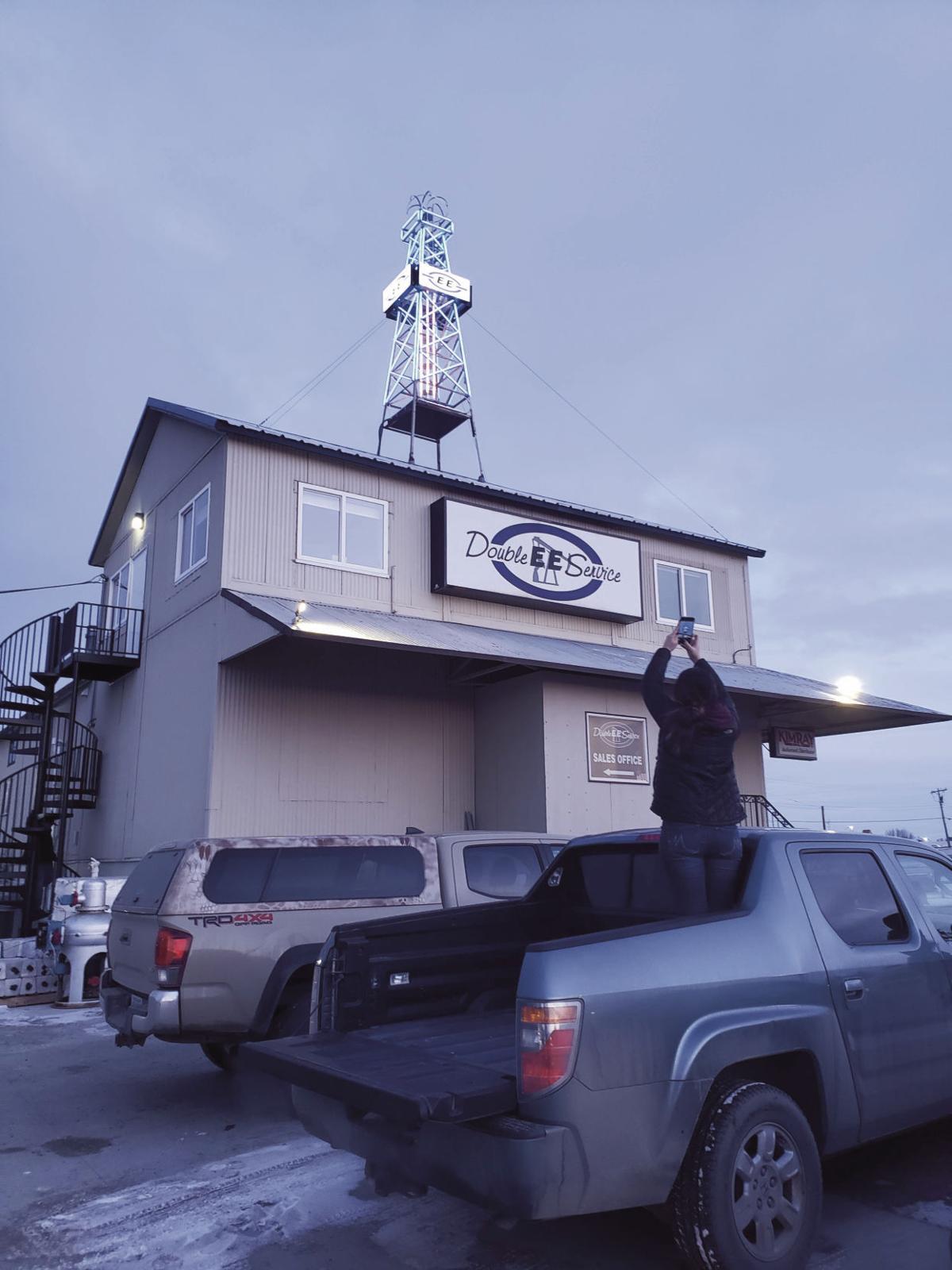 An iconic piece of Oilfield history is alight once again in Williston. The Midcontinent derrick shines once again in the night, though it is now owned by Double EE Services. 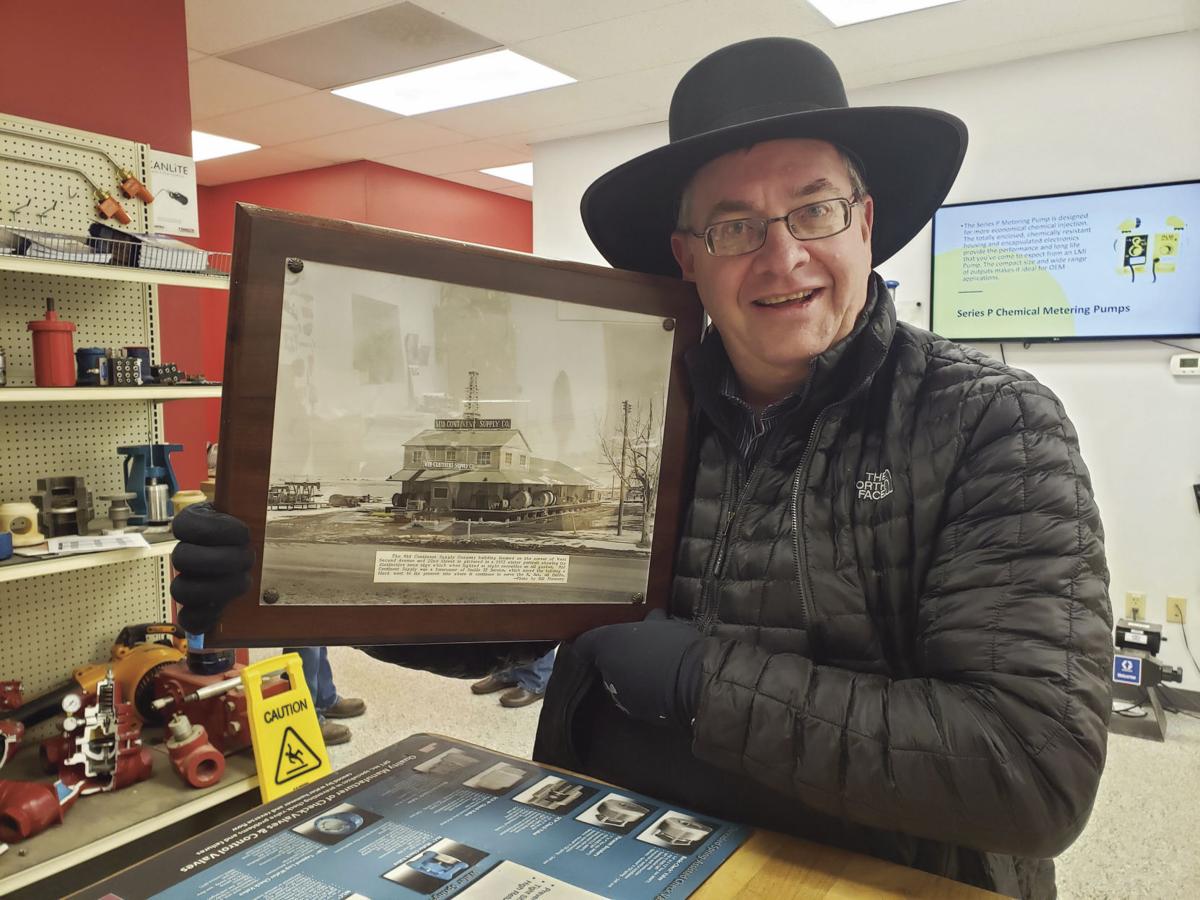 Russel Evitt poses with a photo of the Midcontinent building before it was moved.

An iconic piece of Oilfield history is alight once again in Williston. The Midcontinent derrick shines once again in the night, though it is now owned by Double EE Services.

Russel Evitt poses with a photo of the Midcontinent building before it was moved.

A piece of iconic Williston oilfield history has a new life.

The neon-lighted derrick that used to sit atop Mid-Continent Supply, an oilfield service company that dates back to the 1950s, is alight once again.

The derrick used to sit in the area near where McDonalds now is, and was among the first sights people would see as they came into Williston.

Russell Evitt, who owns Double EE Service, often got to drive around with his father when he was working in the oilfield. He remembers craning his heck out the window to look up at the derrick, whose lights simulated a geyser of oil gushing out the top.

“It’s probably the only one in North America,” he said. “Maybe the world. I’d like to know if there’s another one somewhere.”

Evitt’s father purchased the Midcontinent building in the 1970s, and the derrick came with it. Evitt was about 11 at the time.

The building itself was moved and the name of the business was changed.

The building itself was also remodeled and modernized.

For a time, the family tried to keep the derrick going. But the neon lights didn’t stand up well to North Dakota wind and cold.

The bulbs kept breaking, the wiring would get messed up, and fixing the derrick, which is on top of the old Midcontinent building, is an expensive repair.

“The guy who owned the company designed the derrick,” Evitt said. “And he had someone on the payroll who did nothing else but go around and fix all of these derricks because they kept breaking.”

Evitt said the family decided they wanted to restore the derrick. Particularly as there are now LED lights, which are less expensive and can be housed inside plastic, so that they are more durable.

“We’ve always wanted to do it,” Evitt said, adding that his dad has never liked throwing anything away, especially when it has so much history behind it.

Borsheim Crane helped the Evitt’s take the derrick down from the Midcontinent building, and then Indigo Sign Works in Minot overhauled and repaired it. White Mountain Electric ran the electricity to the derrick.

Eventually the derrick will be put on a timer that turns it on and off automatically, so that it stays lit from 5 p.m. to midnight or so.