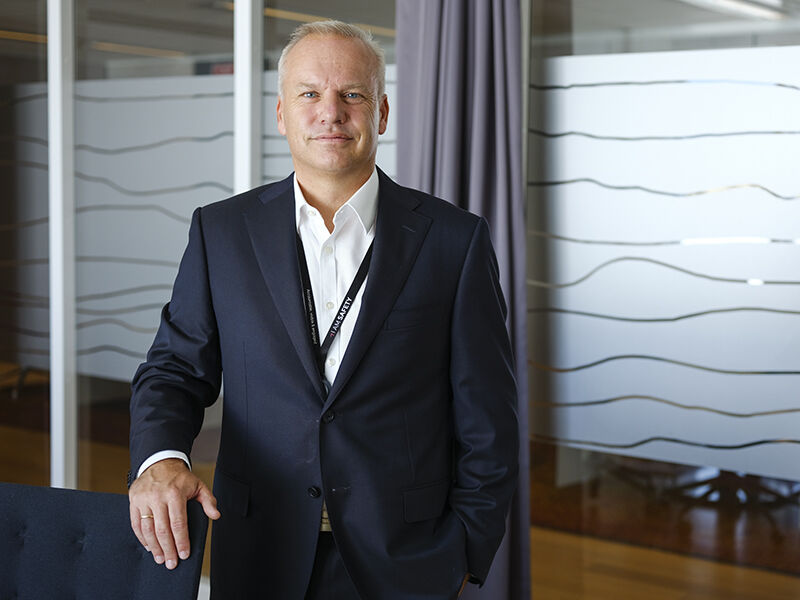 Equinor is selling its Bakken assets in Montana and North Dakota, a transaction that totals around $900 million, to a relatively new player, Grayson Mill Energy, backed by EnCap Investments, a private investment firm.

Grayson Mills was called for comment on the purchase, but has not yet responded. That will be added to this story online when received.

A website for Grayson says it is a Houston-based exploration and production company focused on the acquisition and development of oil and gas assets within various U.S. unconventional resource plays. Encap lists an investment in the company in 2016, suggesting that is when the company was founded.

The CEO of Grayson, Eric Bayes, is no stranger to the Bakken. He was previously vice president of completion and production for Oasis Petroleum and, from 2013 to March 2015, officer manager of the company’s Williston office. He also worked for Hess in North Dakota.

In parallel with the sale, Equinor Marketing and Trading is entering into a term purchase agreement for crude offtake with Grayson Mill Energy.

“(That) means Equinor will buy oil volumes from Grayson Mill Energy and sell that in the market,” Erik Haaland, a spokesman for Equinor, said.

Haaland added that the exact details around employees are still being worked on.

“But all field staff will be given the opportunity to transfer to Grayson Mill, in addition to a significant number of the support teams,” he said.

Equinor employs around 750 people across its U.S. headquarters in Houston, satellite offices in Stamford and Washington and field offices in North Dakota and Ohio. It has 80 people employed as field staff.

Haaland said the move is part of an updated strategy, which included a review of its entire global portfolio.

“A driving element is a wish to sharpen our portfolio to focus on the assets where we believe we can deliver the most value,” he said. “tWith an adjusted approach to operatorships onshore, where we will aim to partner with experienced local operators rather than operate assets ourselves, we decided to divest this asset when we were able to agree to acceptable terms and conditions for a transaction.”

This is not Equinor’s first North American divesture. In 2019, it sold its operated assets in the Eagle Ford to Repsol for $325 million.

The company has faced growing criticism at home in Norway for its investments in North America, which have lost billions, according to company reports.

Most of the company’s losses — like that of many shale oil companies — are related to unexpectedly low prices for oil and gas in a market that has been much more volatile than anyone anticipated, largely due to global maneuvering by countries like Saudi Arabia and Russia, which seek to control the energy market.

The company also ran into unanticipated complexity in its tight oil plays, problems that Equinor President and CEO Anders Opedal, said have largely been fixed.

“Over the past few years, we have improved the safety, cost efficiency and CO2 intensity of the Bakken assets significantly and I am confident Grayson Mill Energy will continue on this path,” he said.

Proceeds from the sale will be deployed toward more competitive assets in the company’s portfolio, Opedal added, “delivering increased value creation for our shareholders” and “optimizing” the company’s oil and gas portfolio to “strengthen profitability and make it more robust for the future.”

Equinor is an international energy company based in Norway. It entered the Bakken as Statoil, with the $4.7 billion purchase of Brigham Exploration Company.

In addition to its Bakken assets, it also has a portfolio of offshore assets in the Gulf of Mexico, and is pursuing development of offshore wind projects on the east coast of the United States.

The company has substantially increased investments in renewable energy. Last year, not long after changing its name, the company announced it would aim to reduce its net carbon intensity by at least 50 percent by 2050, and grow its renewable portfolio 10-fold by 2026.

At that time, still pre-pandemic, Equinor’s Senior Vice President of Global Unconventionals Jakob Hegge had said the company did not plan to sell its Bakken assets, and that they were pleased with both the improved performance and safety records of the division, noting that the assets had reduced carbon emissions by 25,000 tons in 2019.

“Oil and gas will still play a very important part of our portfolio and production, based on the demand and the pace of replacement for oil and gas,” he said then. “So you will see it in the foreseeable future for sure.”