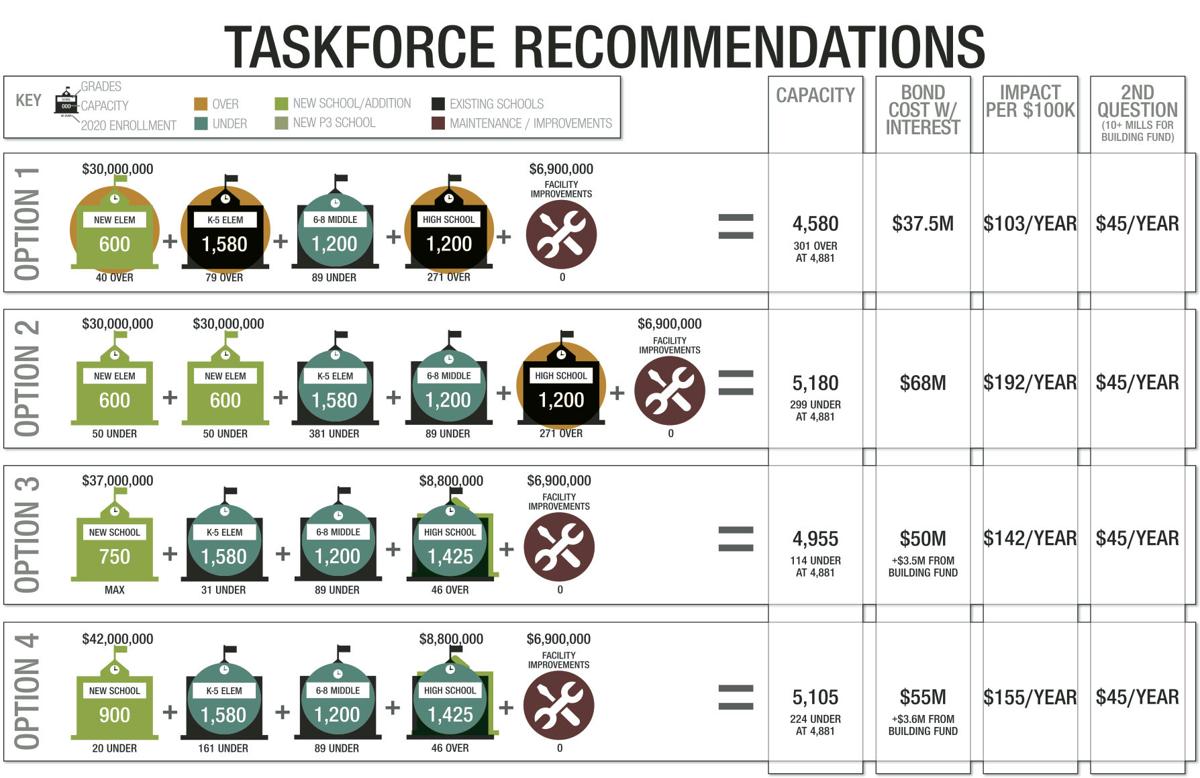 A list of the options District 1 has put forth for new elementary schools. 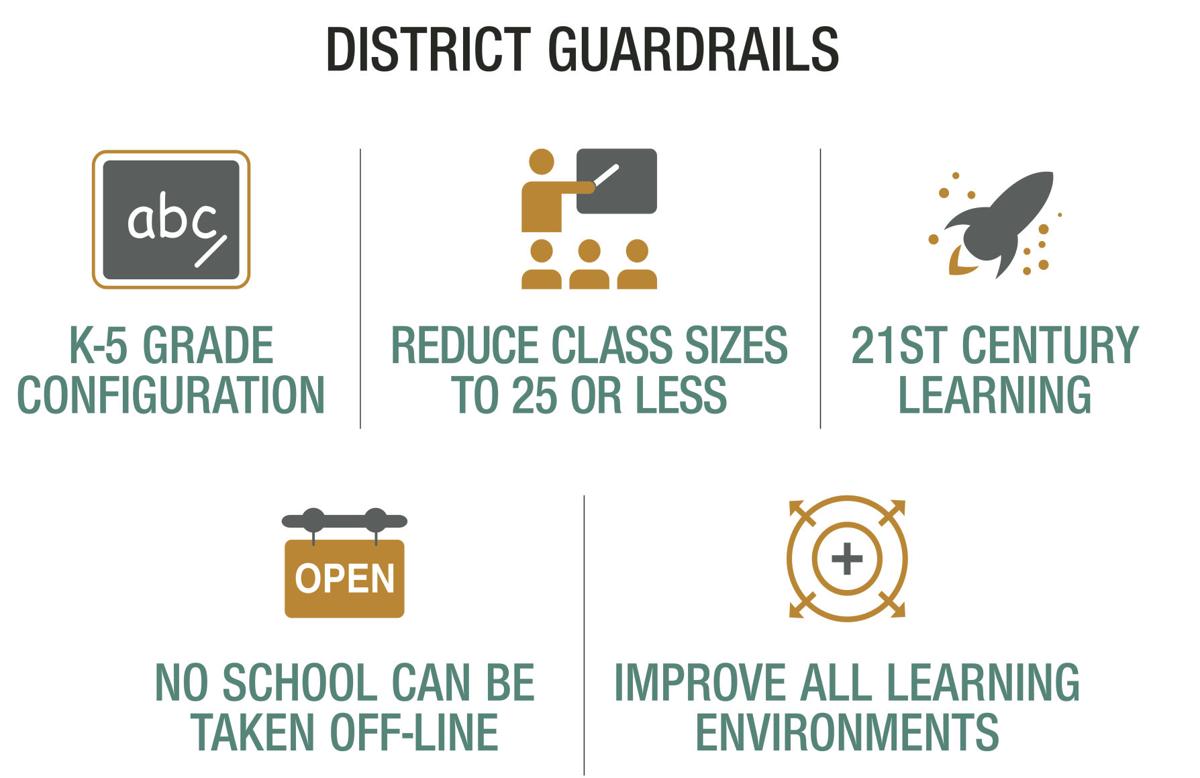 District 1 went into the latest round of planning for a bond referendum with a series of guidelines — called guardrails in this slide — that had to be met by any plan.

A list of the options District 1 has put forth for new elementary schools.

District 1 went into the latest round of planning for a bond referendum with a series of guidelines — called guardrails in this slide — that had to be met by any plan.

As the deadline to call a special election in early January approaches, the school board for Williston Public School District No. 1 is working to find a plan that the public will approve.

In March, the public voted against a plan to issue a $77 million bond to replace two older elementary schools with new, larger ones and to build an addition to Williston High School to accommodate 200 more students.

After originally hoping to have a bond referendum as part of the November General Election, the school board decided that more study was needed and set a new target of January for a special election. In order to meet that deadline, the board has to OK ballot language by the end of October.

Enrollment in the district has doubled since the 2007-08 school year, and enrollment in kindergarten through sixth grades has increased by two-and-a-half times.

One area where the board has spent a considerable amount of time while preparing for a new bond referendum is determining what the need in the area is and how that might change in the coming years. The district worked with consulting firm RSP, which issued a report in September with new enrollment projections.

The district had older projections, but wanted to make sure the public had faith in the numbers, board member Dr. Theresa Hegge explained at a public meeting Monday.

The numbers show a massive increase in enrollment since 2007, which would be expected given the population increase during the oil boom of the early part of this decade. Even when the price of oil dropped dramatically in 2015 and 2016 and activity slowed down, enrollment growth didn’t.

That is one of the reasons the district is looking at elementary schools as what’s most needed right now.

One goal of each of the options the board is considering is to move fifth-graders back to the elementary schools. In 2016, when the new high school opened, the districts fifth- and sixth-graders moved into the old high school building, now called Bakken Elementary. By moving fifth-graders back to elementary buildings, the district could combine Bakken Elementary and Williston Middle School, which share a site, easing overcrowding at the middle school level for several years.

Although the districts five buildings that currently handle kindergarten through fourth grades may have had some renovations over the years, they all are lacking in serious areas. All were built before the modern focus on school security and none comply with the requirements of the Americans with Disabilities Act.

Any plan the board puts to a public vote will fix some of those problems, school board President Joanna Baltes said Monday.

“All security and accessibility issues need to be addressed at the elementary level,” she said.

On Monday, the board showed the public four possible options ranging in cost from $35.7 million to $68 million and adding space for between 600 and 1,200 additional students in the district.

The costs include construction and furnishing the building, as well as potential interest costs. For now, though, the numbers are only estimates, but they’re based on a national standard, Hegge said.

The nationally accepted estimate for the cost of a new school is about $50,000 per student, she said. That means a 600-student school would cost about $30 million, while a 900-student school would cost about $42 million. The district won’t know the actual cost until the project goes out for bid, something that won’t happen unless the public OK’s the bond in January, but those are numbers that give the district a starting place.

Two of the plans — the ones the district has called Option 1 and Option 2 — focus exclusively on elementary schools. Option 1, which is projected to cost $37.5 million would build a 600-student elementary school and set aside $6.9 million for improvements to other schools. It would add $103 per $100,000 of property value in tax each year.

None of the options would solve all of the district’s overcrowding problems entirely — that would likely cost too much money. Option 1, for example would leave the district still 300 students over capacity, while options 2, 3 and 4 would give the district space for anywhere from about 100 to about 300 additional students. Option 2 wouldn’t address overcrowding at the high school, while options 3 and 4 would only delay the need for another elementary school.

“Every single options has its consequences for what our enrollment is,” Baltes said.

Williston Public School District No. 1 is asking voters to OK two measures to help fund new schools. The election will be at the Williston ARC…