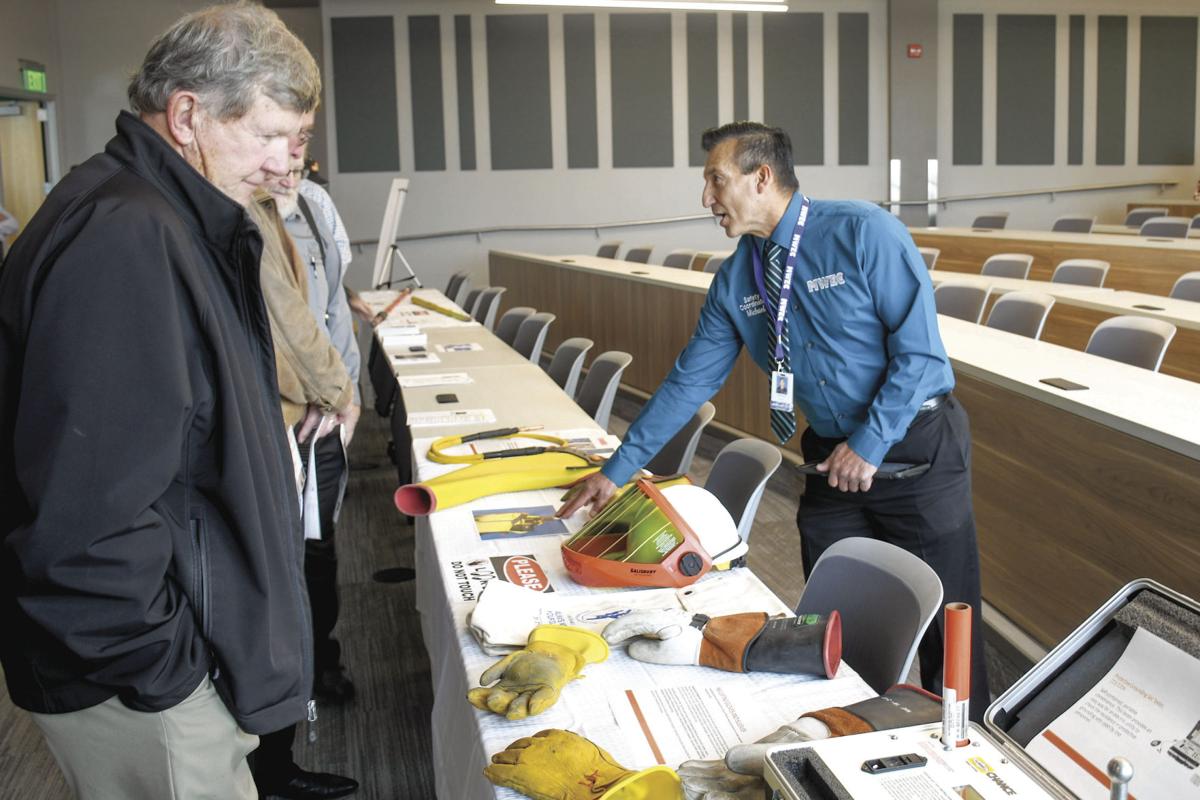 Michael Felix, safety coordinator with Mountrail-Williams Electric Cooperative, shows off some of the safety equipment line workers use during an open house for the new MWEC building in Williston on Thursday. 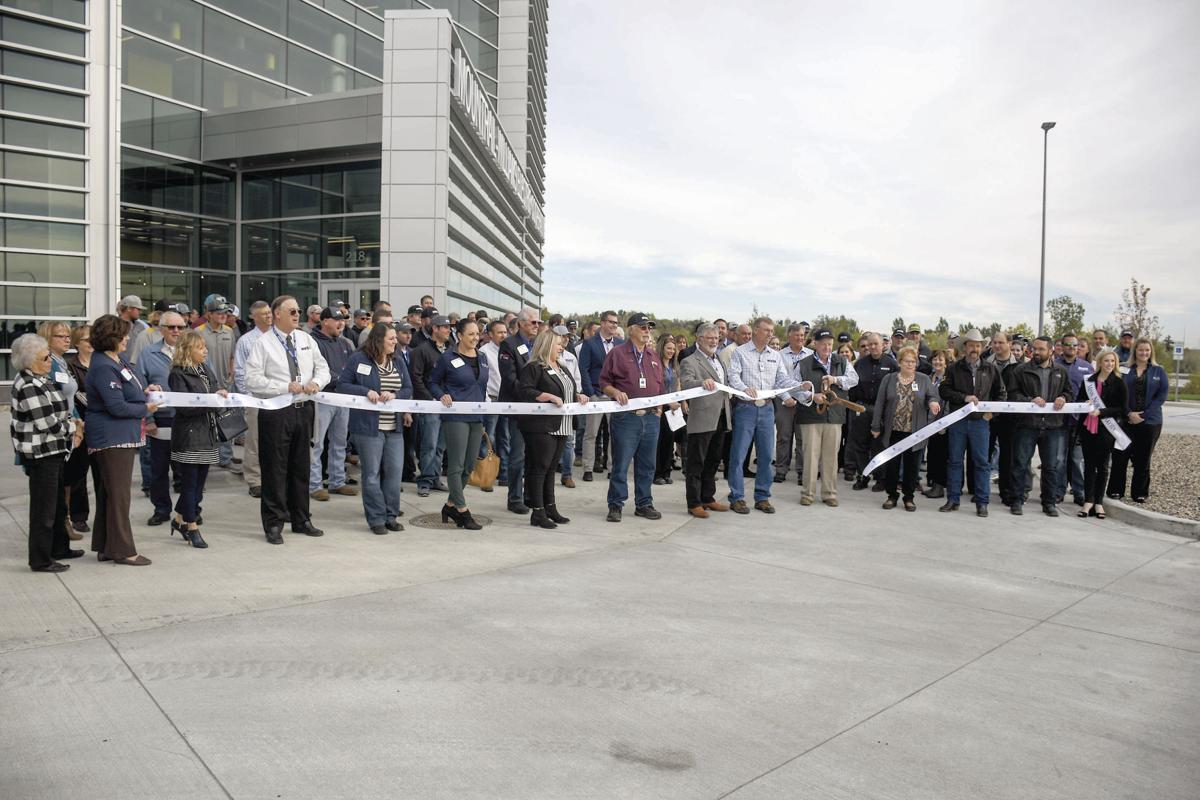 Michael Felix, safety coordinator with Mountrail-Williams Electric Cooperative, shows off some of the safety equipment line workers use during an open house for the new MWEC building in Williston on Thursday.

It’s for the future.

That was the refrain Thursday during the open house for the Mountrail-Williams Electric Cooperative building. The building, which opened last month, houses MWEC’s 79 employees in Williston, as well as employees from Basin Electric Power Cooperative.

But in the 85,000 square feet of the building, there’s plenty of room for more employees. There’s more than just office space, though.

On each of the four floors, there are conference rooms of various sizes — labeled as “huddle rooms” where employees can gather to work together on problems. Some of the rooms have video screens and cameras so even the co-op’s employees in New Town and Stanley can get in on the collaboration act.

The new building was necessary to help deal with the tremendous growth MWEC has seen over the last decade. For example, in 2007, the cooperative had 19 substations in its service area. Now there are 71.

Kaiser offered the tour group another fact about the amount of growth. In July, MWEC paid $14.5 million for electricity, more than it paid for all of 2006.

“We wanted to be role models for the community,” MWEC employee Jennifer Kaiser said during a tour Thursday.

That meant touches like recycling 92 percent of the weight of the old building when building the current structure. One obvious touch is on the walls of each conference room, where wood from the trim and crown molding from the old building was repurposed for decorative touches.

Other environmentally friendly design decisions including facing the building to capture natural light and having motion and sound sensors for lights throughout the building.

There are also 150 geothermal wells on the property, each drilled down to 300 feet.

“That’s what heats and cools the entire building,” Kaiser said.

MWEC’s new building, by the numbers