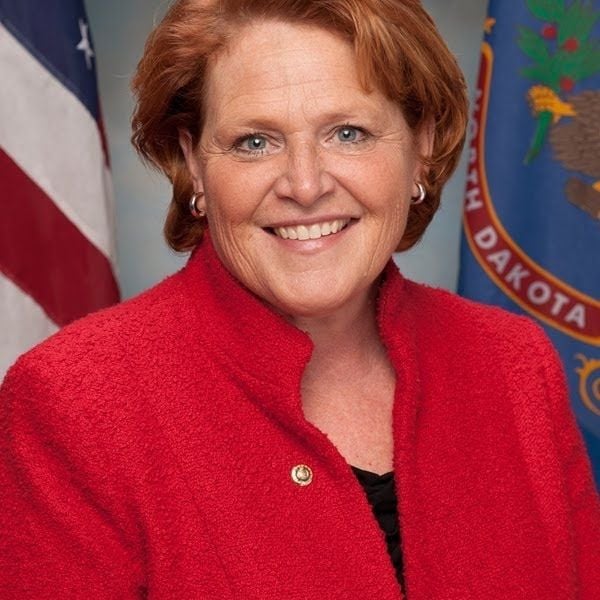 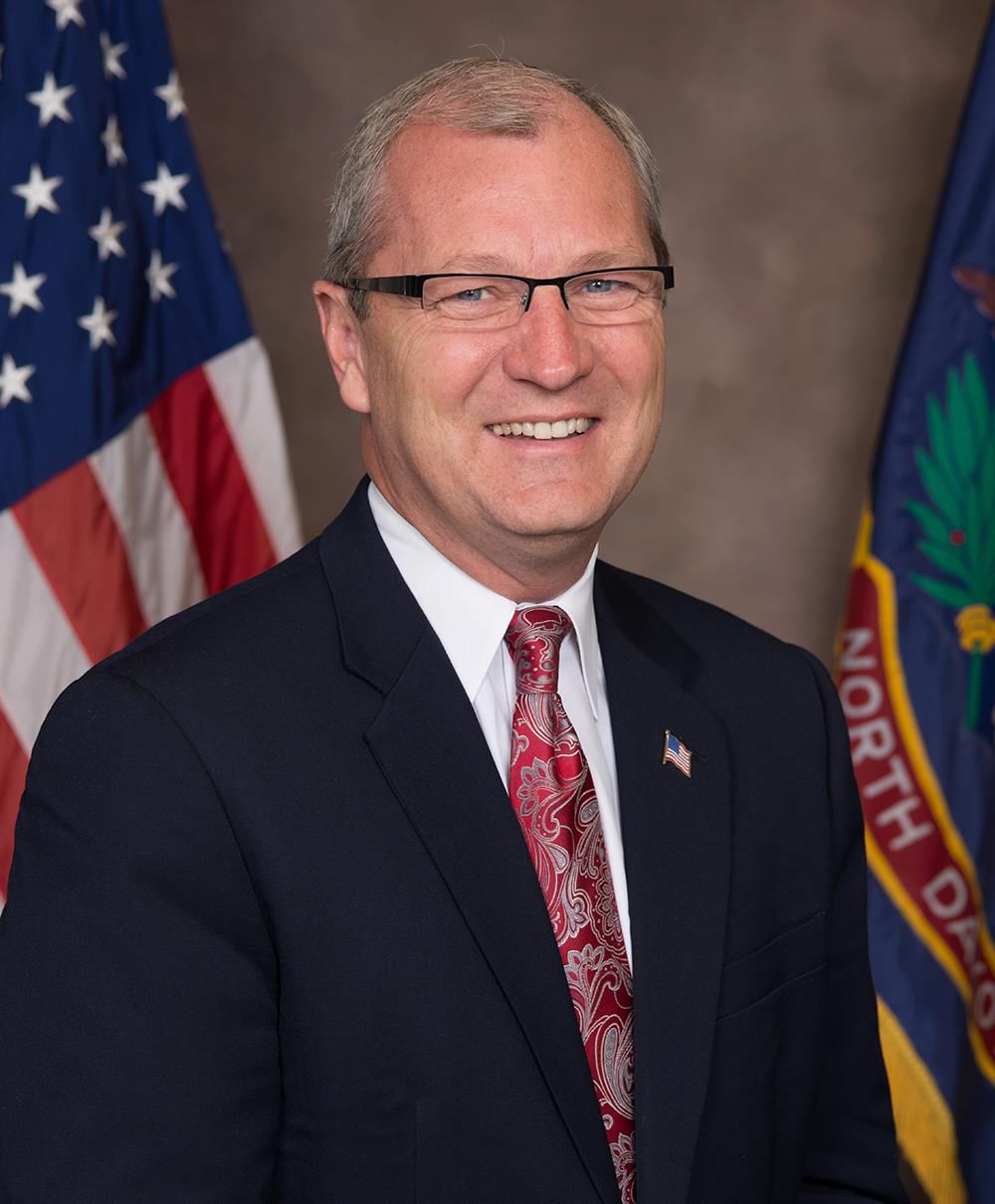 It’s crunch time for the Farm Bill, and it is clearly traveling a rocky road in the House.

First, the Freedom Caucus, a right-wing group, derailed a vote Friday on the Farm Bill, insisting that immigration reform must come first, before the Farm Bill and the farmers it serves.

Just hours before that, another group, the Republican Study Committee, circulated a memo that criticizes the Farm Bill for, among other things, including crop insurance and subsidies like the sugar and milk programs.

The group circulated its annual budget proposal last month which, in addition to reducing crop insurance to 30 percent and then phasing it out altogether, also recommends decoupling the Farm Bill from nutrition, ending “unsustainable” programs such as the sugar and milk programs, ending checkoff programs, prohibiting new enrollment in CRP and CSP programs, eliminating funding for farmers markets and repealing biomass crop assistance.

Amendments were introduced and voted on Friday in the House, in fact, that would have amended the Farm Bill toward the RSC’s recommendations. Among these was a proposal from Rep. Virginia Foxx, R-N.C., to revamp the sugar bill, and one from Rep. Tom McClintock, R-Calif., to phase out crop insurance and other subsidies like the sugar program over a decade.

The amendments, and several others, have so far all been defeated by large margins, but that there were debates and floor votes in the House on these points should be concerning to North Dakota farmers and voters, Sen. Heidi Heitkamp, D-N.D. suggested.

Traditionally, Heitkamp said, the Farm Bill has been an oasis of bipartisanship in an increasingly partisan Congress.

The shift this year, she said, is troubling. If any of these “poison pills” were to attach themselves to the Farm Bill, the bill would be in deep trouble. It could be difficult, if this happened, to get a bill at all.

“Instead of a bipartisan bill, the House has advanced a Republican bill,” she said. “And the problem with that strategy is they have so many in their caucus who have consistently and reliably been part of a group opposing any Farm Bill.”

One of the members of that group, Heitkamp said, is Rep. Kevin Cramer, and she said that highlights an area where the two have a very different approach. Cramer is running for Heitkamp's Senate seat on the Republican ticket.

“He should be working for a bipartisan Farm Bill that can pass the house and secure passage in the Senate,” Heitkamp said. “Instead, No. 1 he is not even on the agriculture committee at all, and he is part of this group that has been completely on the side of cutting the RFS (Renewable Fuel Standard) and crop insurance programs. That is completely inconsistent with what we need in North Dakota, especially with a tough farm economy.”

Cramer acknowledged that he is a dues-paying member of the Republican Study Committee, which put out the report suggesting the elimination of crop insurance and other farm subsidies. But, he said, this is among areas where he disagrees with the committee. He also pointed out that many other members of the group also disagreed, as evidenced by their votes against the McClintock and Foxx amendments.

Cramer likened it to being a member of the Catholic Church. While he and Heitkamp are both members, he said, it doesn’t mean they both agree with all the dogma or doctrine of that religious group.

“It’s a group you fellowship with,” Cramer said, “and they do a lot of good research. But for her to confine me to every line of dogma in the RSC would be like her being confined to all the dogma of the Catholic Church.”

The RSC budget is put together by an executive committee, Cramer added, and is not voted on by the members at large, so the proposals weren’t something he got to approve or disapprove, until they came to Congress in the form of amendments to the House’s farm bill.

“Those things are in their platform, but they only got like 30 votes on the house floor,” Cramer said.

He himself led the charge to kill the Foxx amendment revamping sugar, Cramer added.

“And it failed miserably,” he said. “The McClintock amendment also only got 34 votes on the House floor. So obviously that means at least 120 RSC members voted against their own policy. So I can appreciate the politics of her making a statement or accusation like that, but the point is we get to vote on the floor, and it is our vote that demonstrates our record.”

While the House failed to pass a Farm Bill on Friday, a motion to reconsider it did pass, which means the Farm Bill is going to live to fight another day in the House.

Cramer said that while it was regrettable the bill failed, he is confident that the bill will get the votes it needs from the Freedom Caucus, once the immigration issue has been brought to the floor, debated, and voted upon.

He added that he has worked on a number of things he believes will strengthen the farm bill. Among these, standalone language he introduced to allow RMA data to be used for Area Risk Coverage has made it into the present Farm Bill language. That fix will help address the situation where not enough crop data was available in certain counties to provide accurate payments reflecting what happened in the real world.

Other language he worked on getting into the bill included a directive to the Secretary of Agriculture to come up with a minimal effects standard, to waive swamp buster requirements. That’s something that was supposed to have been done after the Clean Water Act passed, but it was never developed because it was not specifically stated in the law.

Lastly, Cramer said, he worked to include a directive on the inadequacy of data for rain insurance, from which a fix can be developed. Cramer said he’s discussed the possibility that the fix could be using data from other entities like ag research stations in areas where NOAA doesn’t have enough data for the insurance program.

“What I like about most of these things is they were all suggestions that came from constituents who call into my radio show or Coffee With Cramer town halls or work with my staff,” Cramer said.

On the Senate side, Sen. John Hoeven and Heitkamp have also been working to include provisions in the Farm Bill to strengthen it.

Heitkamp said it appears that her bill on NASS data is likely to be reflected in the Farm Bill, and she hopes to get some additional disaster relief, especially for livestock, as well as some provisions allowing more flexibility on CRP acres.

“We have to remember,” Heitkamp added, “when people are saying we have to cut programs that when we went off direct payments there was a huge savings in the last Farm Bill. When everyone said we need to tighten our belts, farmers actually did it.”

Most farmers right now, Heitkamp suggested, are focused on looming trade issues that are hitting them in the pocket book now, and not the Farm Bill that is still in effect, providing robust support.

“The Farm Bill from five years ago versus its projected costs is $100 billion less than projected on a 10-year score basis,” he said. “This Farm Bill saved about $100 billion over the last five years. That’s another point we try to make sure people understand.”

Hoeven’s position is that the present Farm Bill doesn’t need a major overhaul. He confirmed that many of the RSC proposals would be non-starters in the Senate, were they to make it into the House bill.

Work requirements, which have raised a lot of angst in the House, are already part of the Farm Bill, both Hoeven and Heitkamp pointed out, so they are not a new idea.

“It’s not a bad idea to examine ideas,” Heitkamp said, “but at the end of the day, we need to get a Farm Bill done.”

“The No. 1 priority is crop insurance,” Hoeven said. “Strengthening and preserving crop insurance is right at the top. As far as the ARC and PLC, we are looking at ways to improve both of them.”

Hoeven’s other big priorities for the Farm Bill are strong support for agricultural research, and ensuring robust trade.

“Any conservation programs have to be farmer friendly,” he added. “They have to work for farmers and ranchers. Those would be some of the main principles in there for me.”

Increased access to capital is also important, Hoeven added. Language he introduced to double FSA loans from $1.3 million to $2.5 million and increase guaranteed loans from $300,000 to $600,000 are among items Hoeven has worked on that stand a good chance of being part of the Farm Bill.

The Senate hopes to have its bill in committee for markup by June 1.

“We have three weeks on the floor, whenever we can get it out of committee,” Hoeven added. “Last year, five years ago when we passed it, I think we had 63 different amendments to deal with. The key is to craft a good bill out of committee with enough broad-based support to pass a bill.”