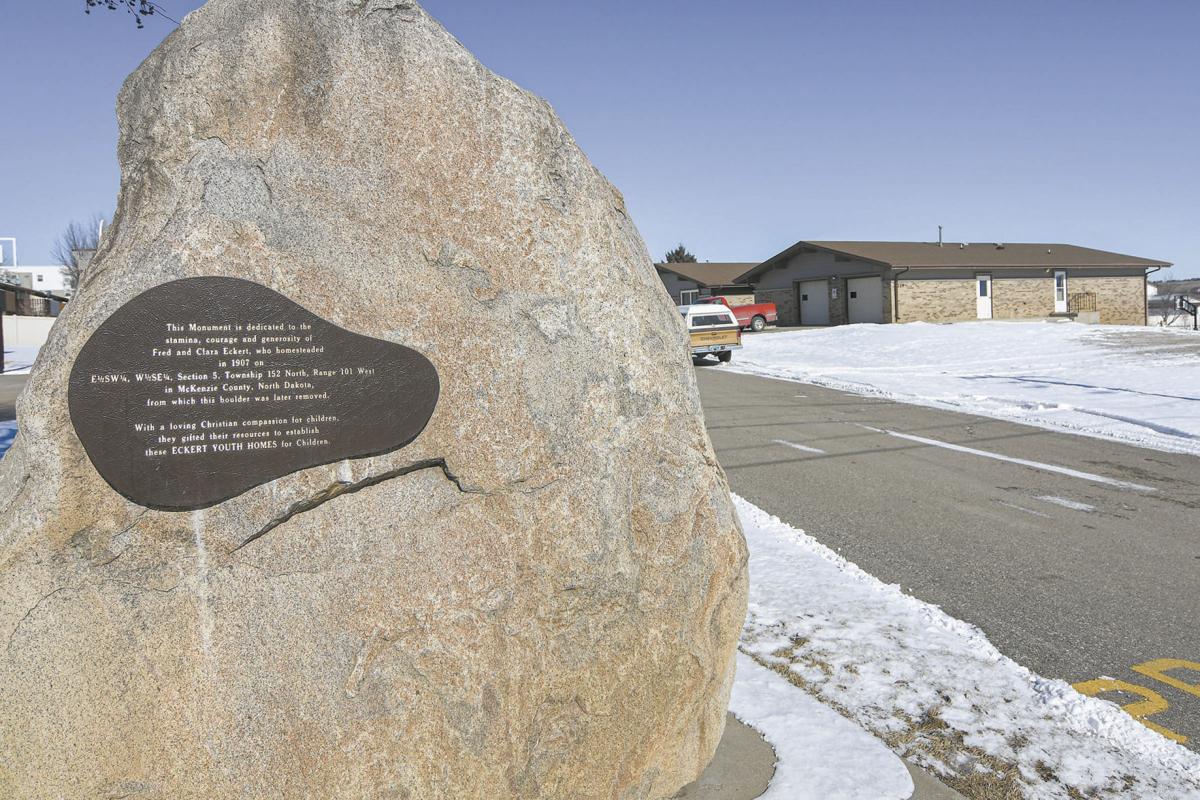 A boulder and a plaque mark the entrance to Eckert Youth Homes in Williston. The facility is starting a new program that offers residential addiction treatment for adolescents. 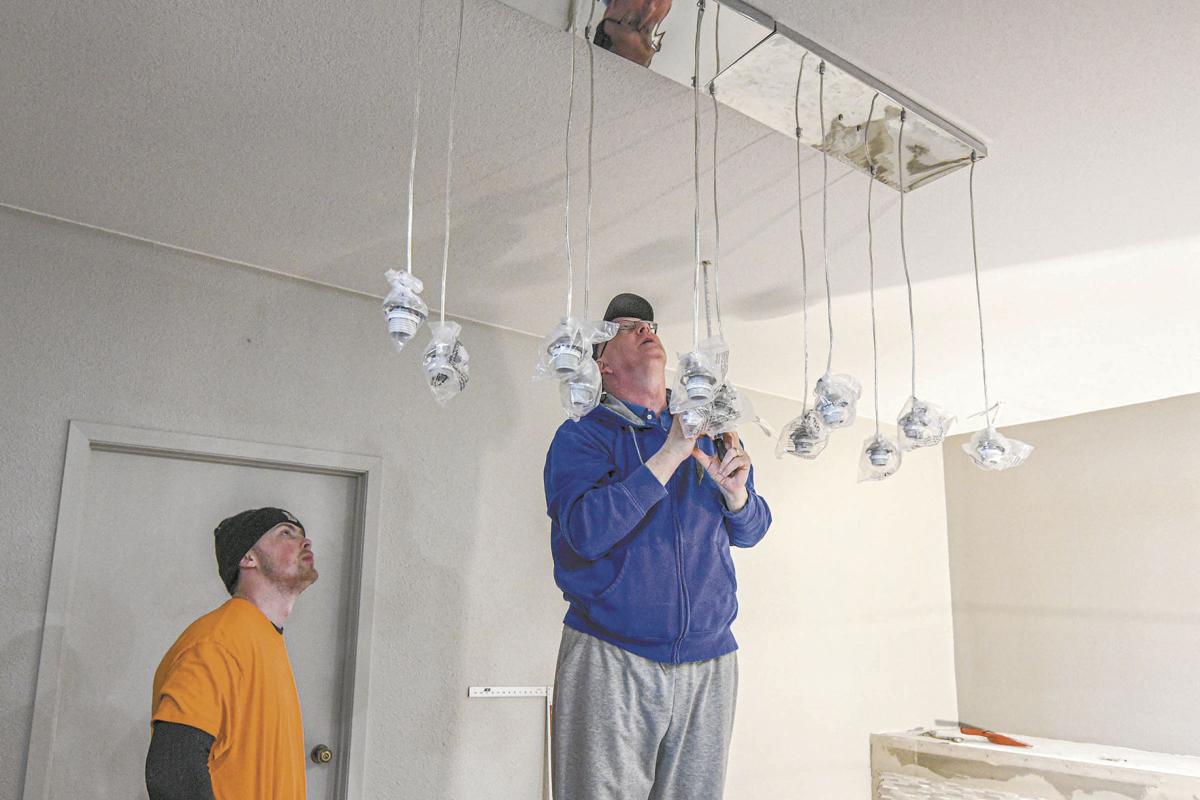 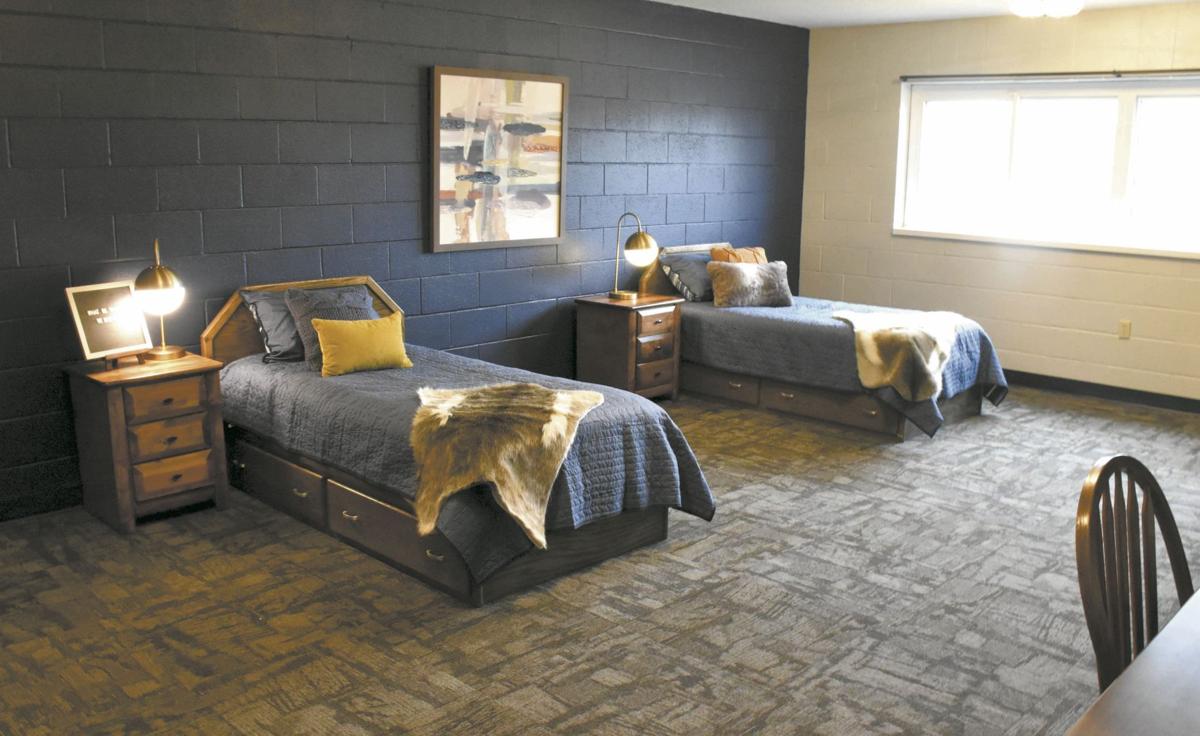 A newly remodeled bedroom was shown at the Eckert Youth Home's open house on Monday.

A boulder and a plaque mark the entrance to Eckert Youth Homes in Williston. The facility is starting a new program that offers residential addiction treatment for adolescents.

A newly remodeled bedroom was shown at the Eckert Youth Home's open house on Monday.

This is the third part of a series covering mental health in Northwest North Dakota and Northeast Montana.

Eckert Youth Home in Williston and its staff have one purpose.

It’s nothing elaborate and it’s not something compiled with fancy words or phrases. Instead, it’s a straightforward and simple purpose.

They help kids by shaping lives and building futures. And although the services that Eckert provided changed, the purpose remained the same, the mission and commitment remained the same and it is still a Christian organization.

In March 2020, Eckert hosted an open house where they announced the opening of the Adolescent Addictions Residential Treatment Center. This new program is the first and only one of its kind in the state right now.

Eckert launched this initiative to “stem the rising tide of youth with substance use disorders,” according to the center’s Winter 2020 newsletter.

It’s a program that is funded by the North Dakota Department of Human Services’ Behavioral Health Division and the Fred and Clara Eckert Foundation for Children.

Prior to that, Eckert was a licensed residential child care facility for 43 years, which is what most people still think it is.

However, in 2018 the Family First Prevention Services Act changed that.

The law was passed as a way to change the way the country looked at child welfare and is geared toward preventive measures to keep children out of foster care and in the home (if able).

As a result, John Harper, the facility administrator at Eckert, said they needed to pivot in a new direction.

“For many years this was more of a residential child care facility — so just think long term foster care,” Harper said. “It was always the idea that it wouldn’t change and of course the Family First Prevention Act came into being and we had to pivot. We had to say, ‘What are we going to do next?’ And there was always a lot of ideas…but we were going toward residential treatment.”

Harper said when he came on board in October 2019, his predecessor told him that Eckert was planning to shift toward offering residential treatment to its clients and then there was Dr. Leah Hoffman, the clinical director at Eckert and licensed master addiction counselor.

Hoffman is a Williston native and Harper said she started to look into other prominent needs not just within the Williston community but in the state.

And there was a need, a very serious need that oftentimes gets overlooked —substance abuse among youth.

Hoffman said when they switched over to this new program, it was a shift in thinking for a lot of people.

That’s because prior to September 2019, Eckert was seen as a place that was a home for kids. Now, Hoffman said they are a place where kids are admitted to, like a hospital.

But, Harper said regardless of what they offer they are and will always be there for kids.

“Always been for kids and always been the desire that we wanted to help these kids and shape their lives and build their futures,” Harper said.

Hoffman said Eckert’s old program shut down in September 2019 and it was six months until the new program was open.

What does Eckert do?

Now, Eckert helps with more than just substance abuse. The treatment goes beyond that.

They have mental health treatments, there are different assessments and screenings, there is family therapy and family education and the list goes on.

Hoffman said they make sure that everyone’s basic needs are met and when it comes down to it clients are in about 20-25 hours of programming every week.

And that programming includes things like individual therapy and group therapy and is also addiction specific and mental health specific, Hoffman said.

They also learn life skills like cooking or doing laundry, and Hoffman said even though some of the things they do might seem superficial from the outside looking in, they’re significant purpose behind it.

“They get to go to movies, they go swimming, we take them to the trampoline park...we do a lot of those things that look fun but the purpose behind them, like you said, is for them to be able to be a kid and figure out things that they can do that bring them joy without using,” Hoffman said.

All these activities, from swimming to fishing to just being in nature, are all ways that Hoffman said helps clients figure out new experiences sober and how just changing some of the day-to-day things they do and planning purposefully can change their mood and help.

The program helps youth ages 14-17 and is catered to each individual based on what their needs are so it could be three to four weeks long or three months long, it just depends on the symptoms and treatment plans, Hoffman said. In addition to treatments, Eckert also helps youth keep up with their education whether it’s maintaining core credits, getting their GED or focusing on career exploration.

Plus, because Eckert is in a contract with the state, they can take any youth from anywhere in North Dakota including Williston regardless of their ability to pay, Hoffman said.

“So if we have a youth who doesn’t have insurance...we can still treat them. There’s no barriers based on ability to pay right now for our residential treatment,” Hoffman said.

This contract is good until June of this year, but Hoffman said they’re hoping it continues.

On top of all the things Eckert offers, there’s something else that they do–they break stereotypes.

Harper mentioned some of these stereotypes they see and he said as a parent it’s something he understands all too well.

He said when it comes down to it, the last thing a parent wants to deal with is their child “having a problem.” He said that statement alone represents a major stereotype because it’s stating that the child has a problem instead of pointing out that the child needs help.

He also said that there is a sense of shame that parents encounter when they find out their child is using because they feel like they did something wrong as a parent.

“As a parent that’s so hard but here at Eckert we totally turn that around. We say, ‘It’s not what’s wrong with you, it’s what happened to you.’ And we get to the route cause. I had to learn a lot of that when I first came on board here,” Harper said. “It’s so ingrained that (if your kid had an addiction) this is the worst thing that can happen.”

Hoffman said Eckert is constantly trying to increase awareness of behavioural health within the community as well as explore other programming and options that still align with Eckert’s mission and values.

“Our niche is residential treatment for kids, but we’re considering outpatient as an option,” Hoffman said. “We’re also exploring other ways we can help families.”

Additionally, Hoffman said they are working on how to add more providers to the community. Right now they are training social workers and addiction counselors and have several interns and trainees.

Plus, Eckert also received the leadership award, which has helped with many of the goals they have.

And Harper said this new program at Eckert was able to become something because of Hoffman.

“She came up with the program. She did a great job and that’s why we’re so effective. This is her passion, her field of study...and we’re blessed.”

Eckert started out as a dream in the hearts of Fred and Clara Eckert, Harper said. They had no kids but wanted to help kids and so they left a sum of money to start the Eckert homes.

That was 43 years ago, and for another 43 plus years Eckert will continue that dream to help kids when they need it most.

Individuals who are in crisis or are feeling suicidal can get immediate support by calling (800) 273-8255 (TALK), or by visiting www.myfirstlink.org, and clicking on “Get help now.”