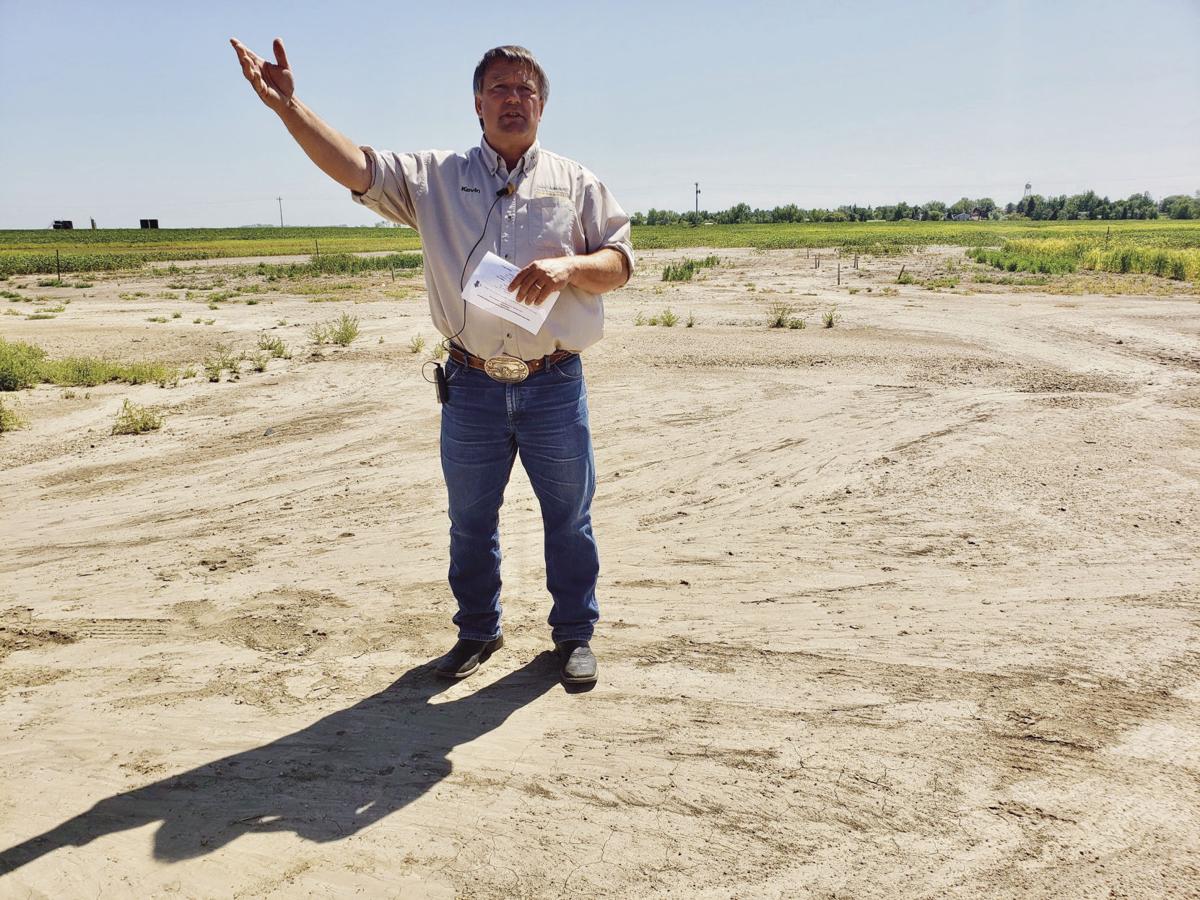 Keven Sedivec gestures to the sky as he talks about his efforts to remediate brine-contaminated farmland. The test plots are located behind him in the distance. The ones that were doing best are not in this photo. 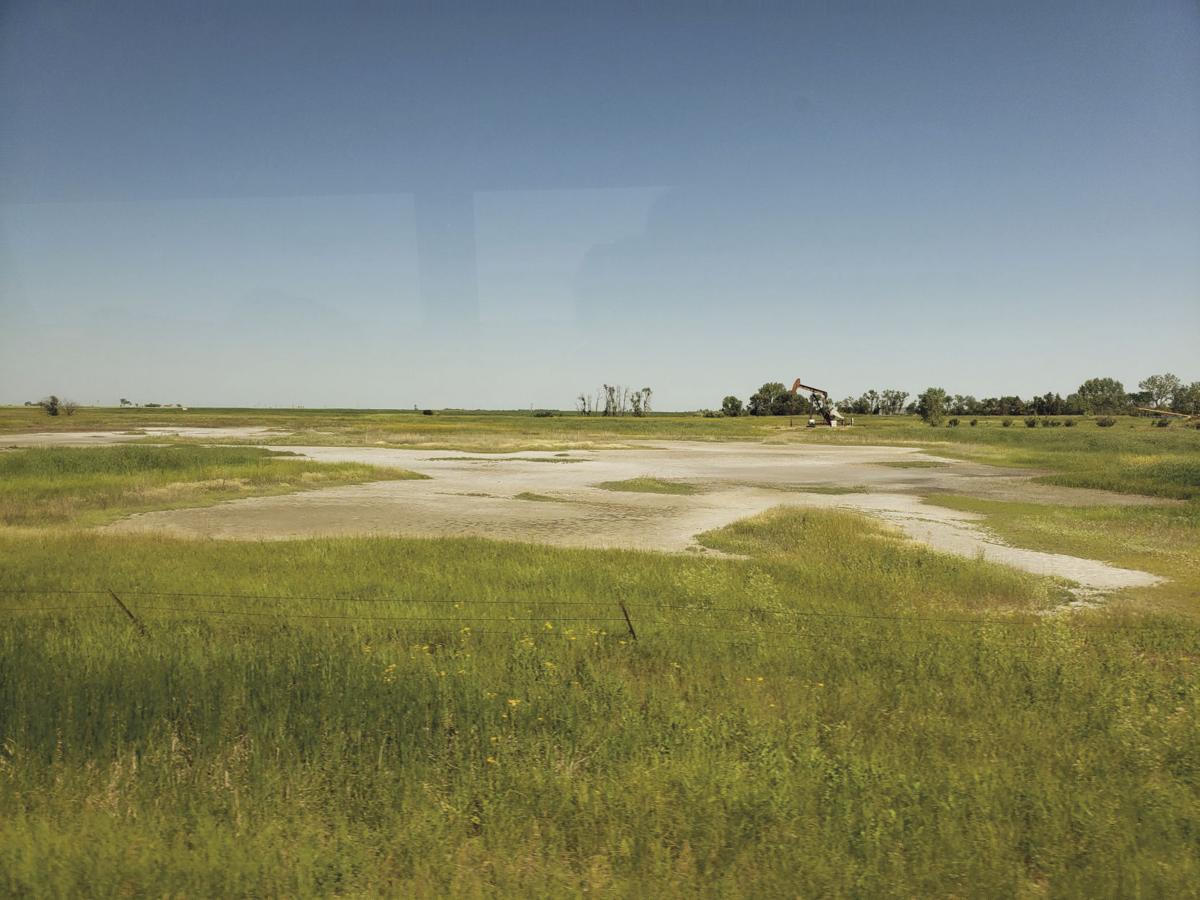 A barren patch of earth in Bottineau County. Part of a dubious North Dakota legacy from oil and gas development in the 50s and 60s. 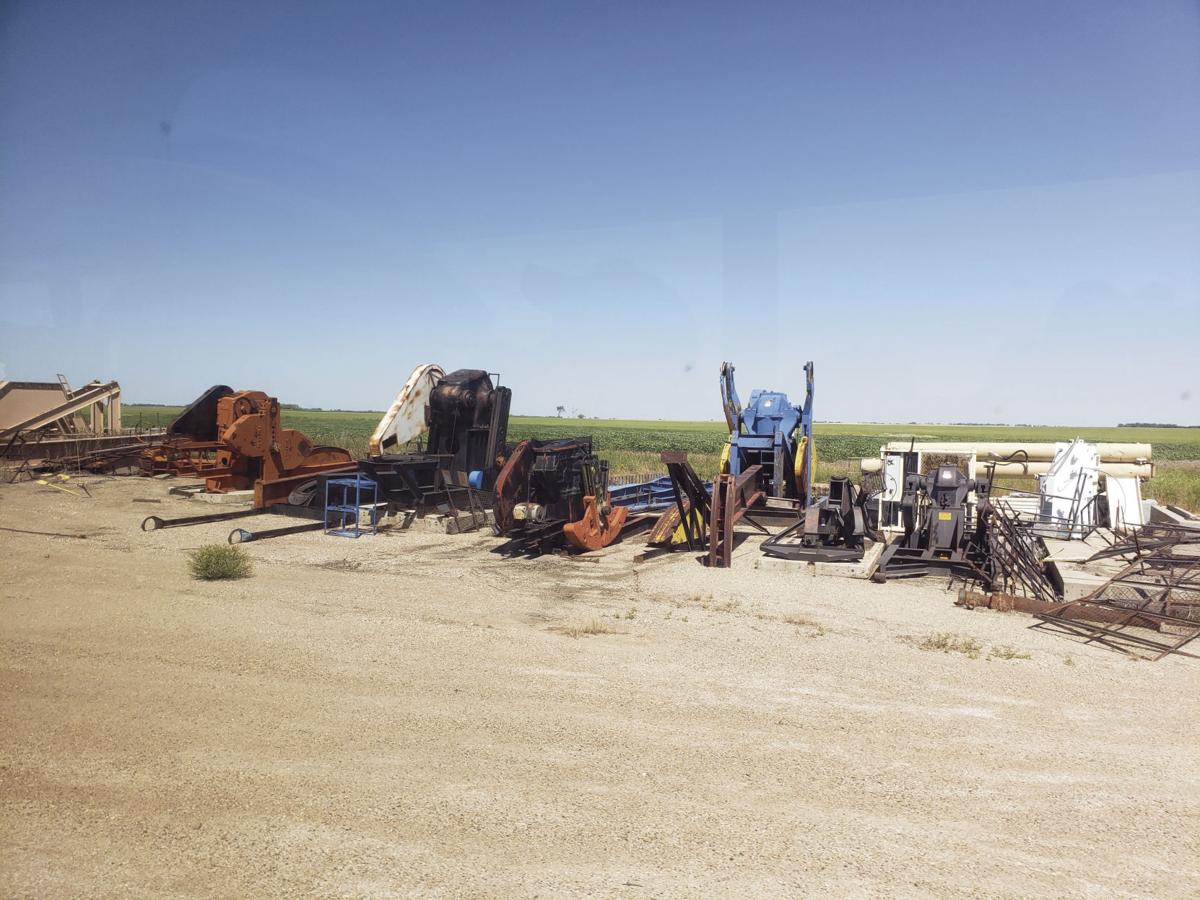 Relics of 1950s and 1960s oil and gas production, left behind. Landowners have been trying to get rid of them for years, according to Bottineau County resident Daryl Peterson. 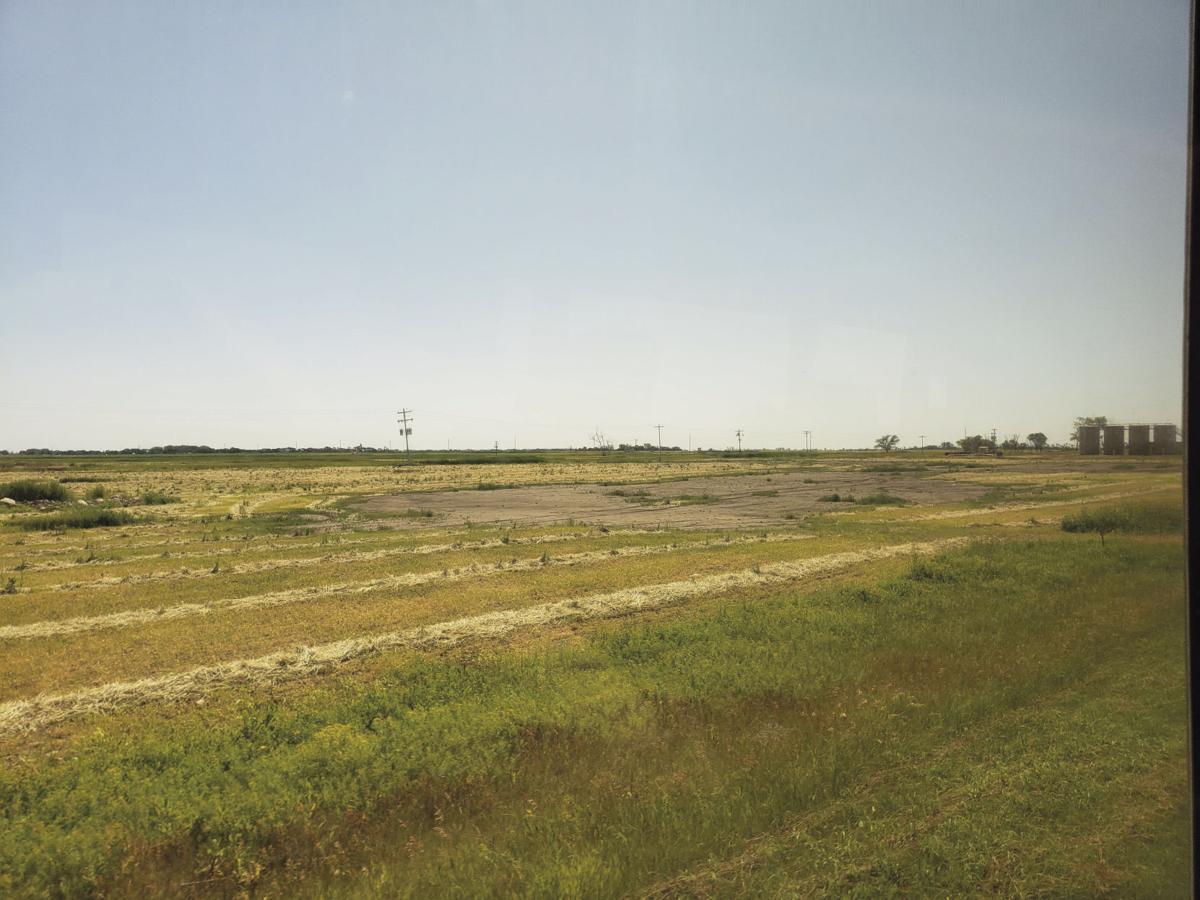 Keven Sedivec gestures to the sky as he talks about his efforts to remediate brine-contaminated farmland. The test plots are located behind him in the distance. The ones that were doing best are not in this photo.

A barren patch of earth in Bottineau County. Part of a dubious North Dakota legacy from oil and gas development in the 50s and 60s.

Relics of 1950s and 1960s oil and gas production, left behind. Landowners have been trying to get rid of them for years, according to Bottineau County resident Daryl Peterson.

BOTTINEAU COUNTY — It’s one small patch of barren land among the many.

It’s not even a very large patch, compared to all of the others. Yet it’s one that has caught the eye of Daryl Peterson, a longtime resident and farmer in Bottineau County, every year.

That’s because there’s a farmer who seeds that area every year, in the futile hope that something will grow.

For the last 20-plus years, nothing has.

It’s a dusty patch of earth that is full of brine, and may never grow anything desirable again. It’s one of many that dot a wide swath of territory in Bottineau County, which is the epicenter of a dubious North Dakota legacy. Brine pits left behind from the 50s and 60s.

At that time, companies were allowed to dispose of produced water in pits that weren’t even lined.

Those pits are not getting better with age. Nature is not healing them. Instead, they’re getting larger. They’re going wider. They’re becoming deeper.

Peterson on Tuesday was part of a Brine Spill Remediation Tour, put on by NDSU’s North Central Research Extension Center and the Northwest Landowners Association, to take a closer look at the problem and efforts to solve it.

Peterson was there to point out and tell the history of some of the locations. On a drive by tour, he pointed out the windows of a tour bus that contained legislative representatives, state regulators, landowners and scientists at legacy spills that he said are getting mixed with new ones, too.

Two hundred and fifty-four more barren acres over there.

“Here’s an area where they thought they had it under control,” Peterson said, gesturing out the windows of the tour bus.

“But they didn’t,” Peterson said. “The foot print of that is increasing. They tested it, and the salts go 75 feet down.”

Across the road from there, Peterson also identified what he said was a newer spill, which he believes includes new material.

“There’s always water in the township ditch here,” he said. “I took a sample here the other day and it was out of range on my EC meter. There is severe contamination here, and I don’t see a lot of plans to make it better, or even know how to make it better.”

The new spills on top of old spills is like throwing gasoline on a fire, Peterson told the Williston Herald.

“Regulators like to say it’s legacy,” he said. “That gives them a get out of spill free card.”

Peterson has also heard many oil companies come in and say they’re here to do it “right.” But his experience with that is different.

What he sees is more like the aftermath of a gold rush. While he believes his state has good rules, he wants to see those rules enforced. And, most of all, he wants to see a better plan of action for spill prevention.

“There’s 50,000 more wells in the Bakken,” he said. “They’re going to get old, too. If we don’t have a better spill prevention plan, we’re not going to be talking about (lost farmland) in the thousands of acres. It’ll be in the 20 thousands. Maybe even more. And that’s going to have a devastating effect on both the ag economy and the environment.”

Karl Rockman, Director of the Division of Water Quality, said he is not aware of any spills that are not being addressed, but added that if there are such spills, they should contact Rockeman’s office so that it can be investigated.

“I understand that the time it take to remediate these sites can be frustrating,” he said. “And it may seem like things are moving slowly, particularly if someone isn’t involved in the process. Our goal is return the land to productive use and we will continue to work with those responsible for a spill until the cleanup is completed.”

Rockeman said he went on the tour to hear from landowners about their concerns and see some remediations in progress, as well as hear an update on what scientists like Dr. Tom DeSutter and range specialist Dr. Keven Sedevec are doing to solve problem of brine spill remediation.

DeSutter is working with a team of scientists examining whether wicking can be used to draw the chloride salts that make up produced water out of the ground.

In laboratory tests, he’s been able to use absorbent materials to pull as much as 80 percent of the brine out of soil.

In a spill situation, he could foresee placing fresh water irrigation lines under the spill area and using that to bring the salts to the surface, where they could then be wicked out of the soil by absorbent materials.

For legacy spills, however, it is trickier. Some of those are by now very deep.

Wicking might not be as cost-effective as excavating the soil and treating it in place.

He chose hay, gypsum, manure, gypsum plus hay, and gypsum plus manure, and used them to treat soil with various concentrations of brine, from low to high.

By diluting the soil with gypsum and manure, he found he was able to lower its conductivity — a measure indicating salt content — to get germination of seeds for things like salt tolerant alfalfa, canola, barley, and alkali sacatoon, a grass native to Montana and Wyoming that can be hayed.

That study was funded by the North Dakota Industrial Commission, Sedevec added, and is officially over. But he plans to continue observation another year.

He is not sure where he will be going next with the research, until he sits down for a brainstorming session with fellow researchers.

The study is meant to help inform those trying to revegetate brined areas, because having a plant growing in the space can at least help keep it from spreading.