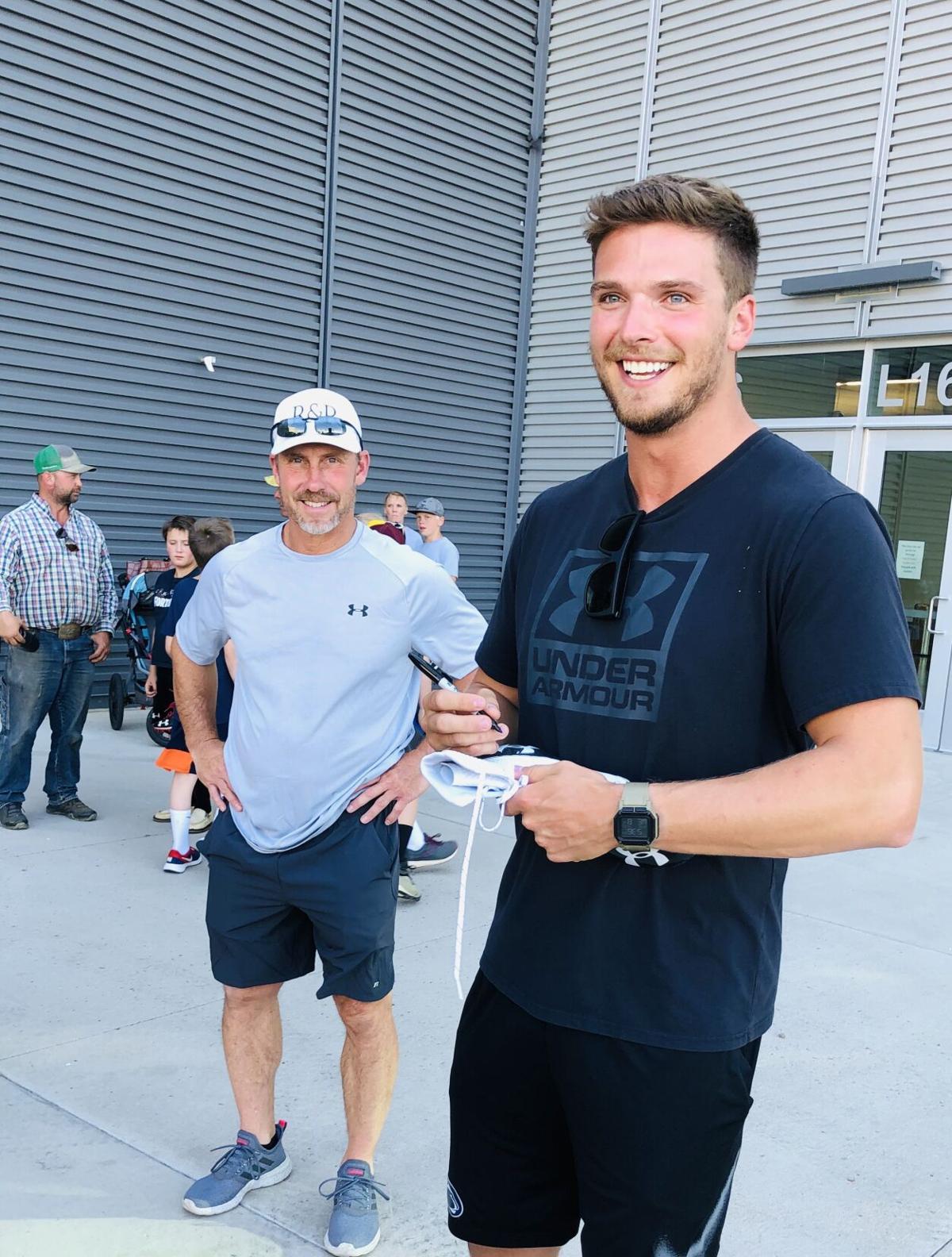 Former Penn State standout and retired NFL player Garrett Sickles, front, with R & R CEO Rick Woolsey in the background. Woolsey has been helping build critical infrastructure in Watford City. Sickler is one of his employees. 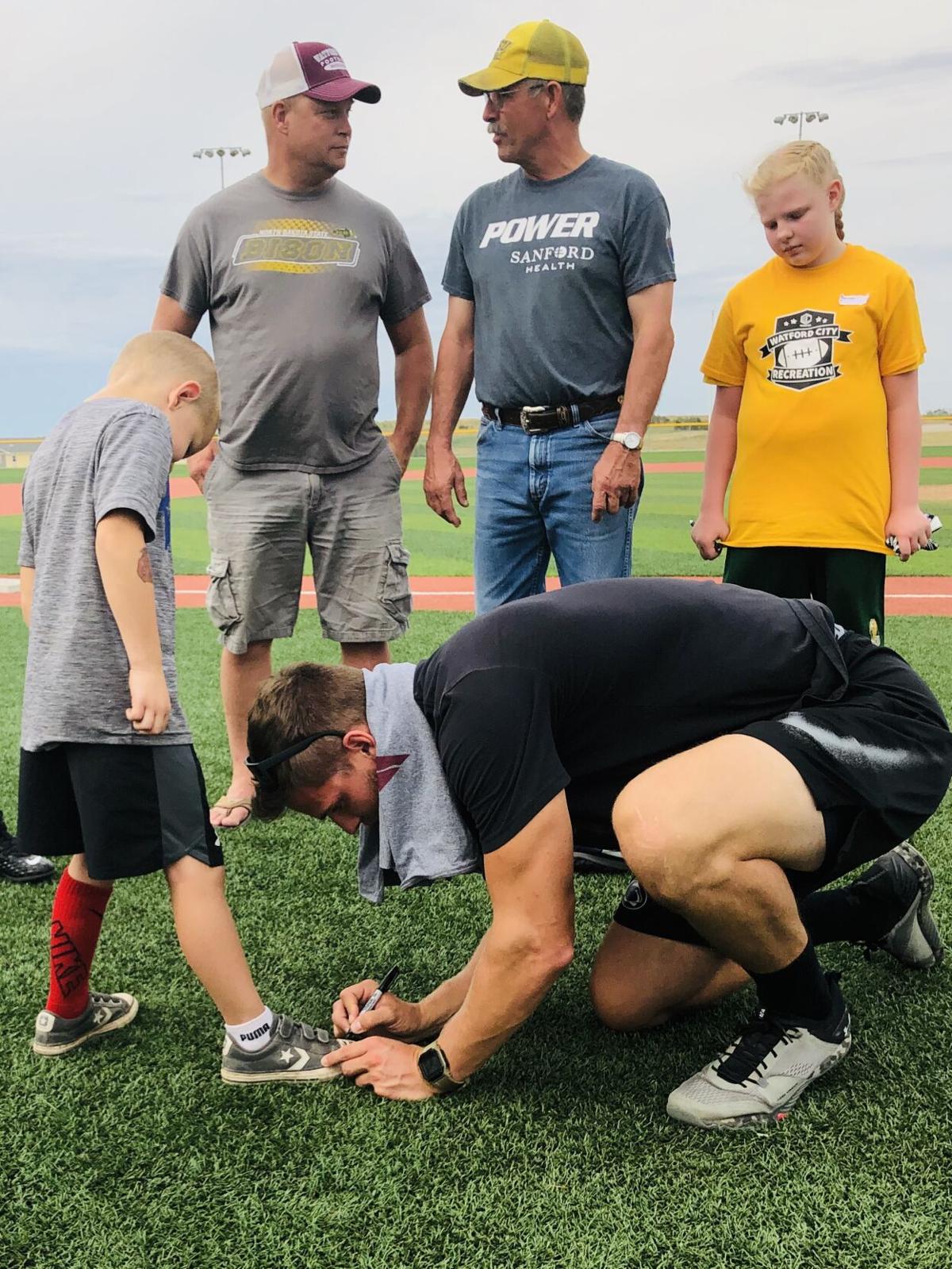 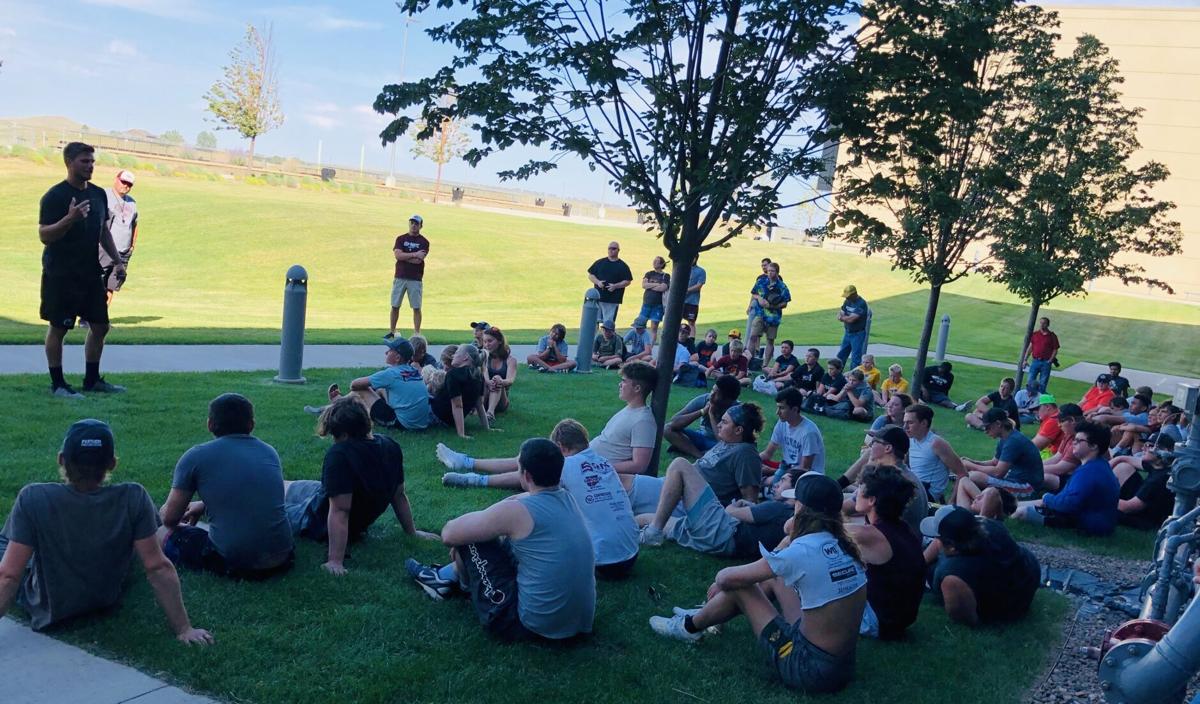 Former Penn State standout and retired NFL player Garrett Sickles, front, with R & R CEO Rick Woolsey in the background. Woolsey has been helping build critical infrastructure in Watford City. Sickler is one of his employees.

A chance encounter on the steps of the Watford City Hall about two months ago led not only to a great conversation, but to a great, impromptu event for student athletes in Watford City and Alexander.

Patrick Bertagnolli happened to strike up a conversation with Rick Woolsey, CEO of San Diego-based R & R Construction, one afternoon about two months ago.

Woolsey has been coming to North Dakota since about 2012, and has helped Watford City build critical infrastructure.

Bertagnolli offered Woolsey a tour of the Rough Rider Center and, when Woolsey saw the football field, he decided to offer Bertagnolli a little something in return — a visit from former Penn State standout and retired NFL football player Garrett Sickles, who is now one of Woolsey’s employees.

In addition to a little motivational speaking, Sickels signed autographs and answered questions from the students.

“Everything you want in life is there for you,” Sickels said he told the students. “It just depends on how hard you want to work for it. There is no reason you cannot accomplish your goals.”

He also encouraged the students to have an “unmatched work ethic.”

“There is no limit on how hard you can work, or how much you can put into anything you’re trying to achieve,” he said. “Compete in everything you do, because there will always be somebody pushing to replace you.”

“If you want something bad enough, you will be able to make tough decisions and do whatever it takes to put yourself in a better position to achieve what you desire,” he said.

But even more importantly, he added is having a big heart.

“If you’re going to put your effort and your name into something, make sure you do it to the best of your ability and take pride in all that you do! if you go through life living up to these principles, there is no limit on what you and/or teammates/organization can achieve. It will create an unparalleled culture that will continue for those who come in your footsteps.”

Sickels also spent some time interacting with the fifth and sixth grade football players for their first practice, for what Bertagnolli said was an amazing day.

“The moral of this story — we have some amazing people coming to our state,” Bertagnolli said. “When we get to know them, there is so much more we can do to help and support each other. In this case, youth mentoring!”