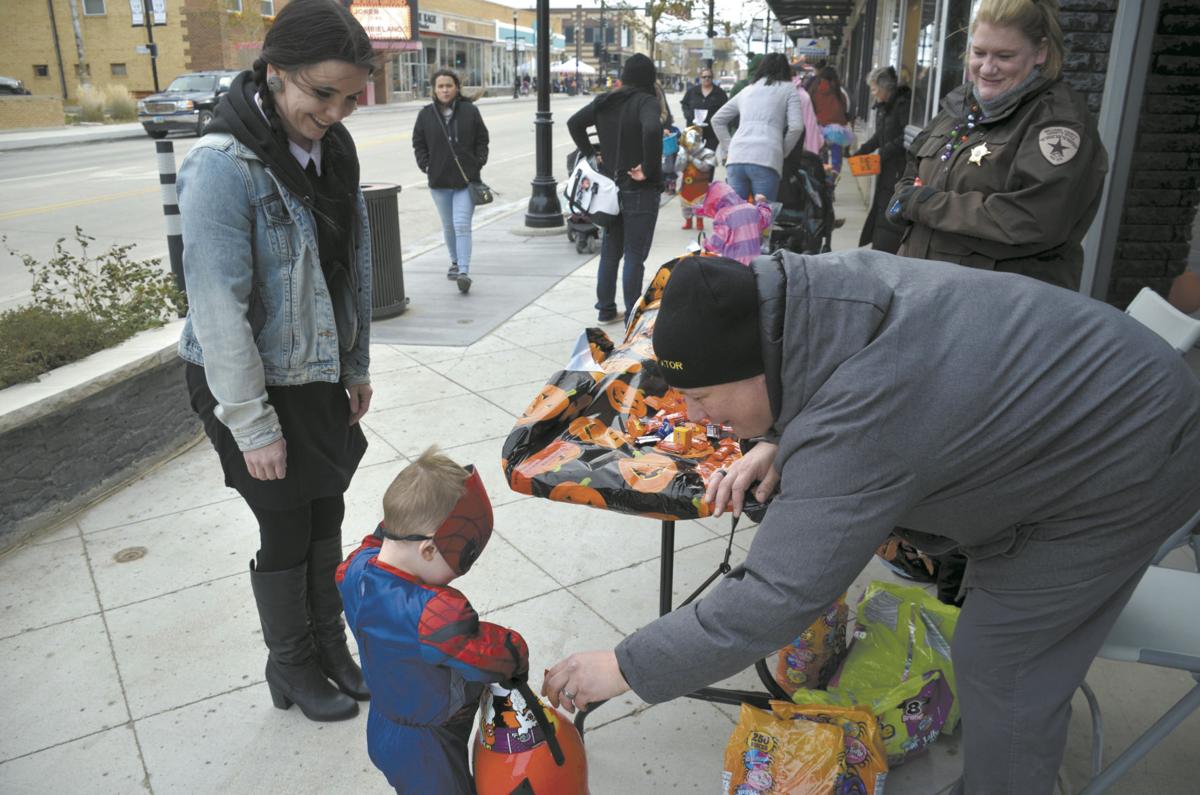 Emily Johnson and son River Stone, left, get some candy from Sgt. Detective Caleb Fry and Lt. Detective Amanda McNamee of the Williams County Sheriff’s Department during the annual Trail of Treats. 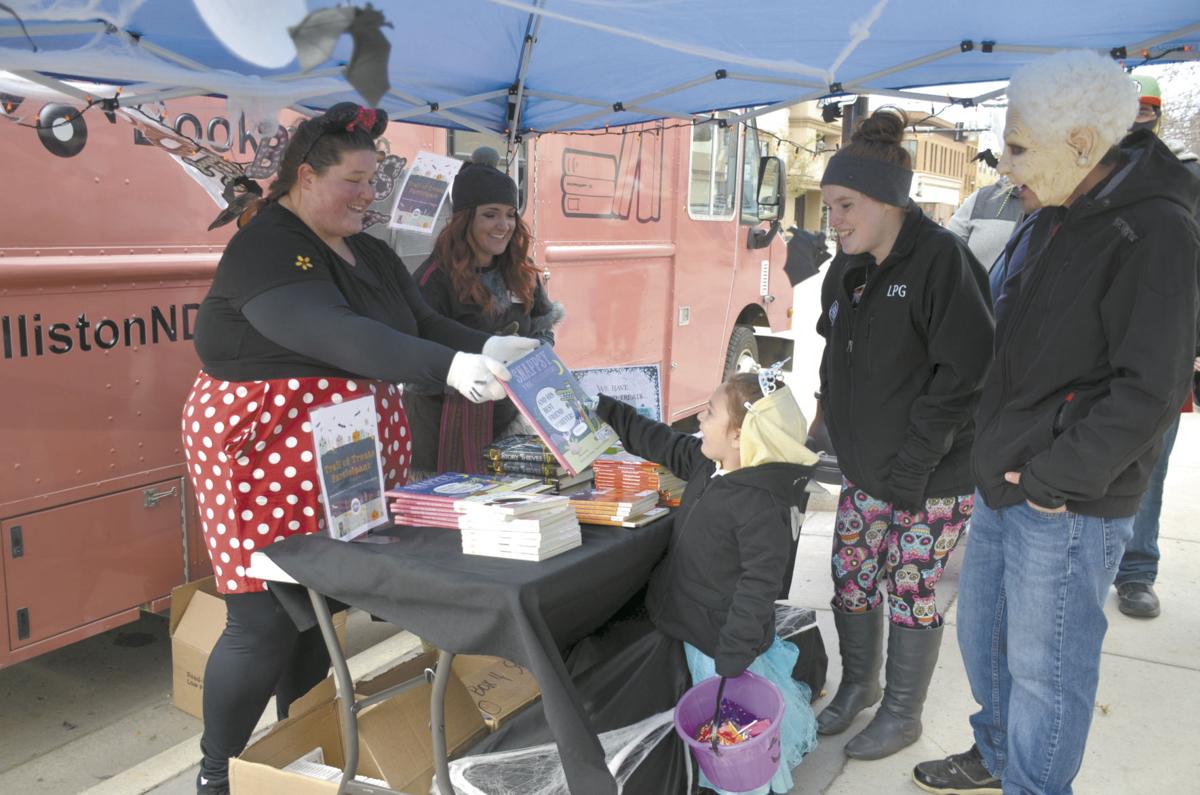 LEFT: Delynda Vallier, 3, (right) gets a free book from Children’s Librarian Morgan Cote and Bookmobile Librarian Tracy Byrne during the Trail of Treats.

Emily Johnson and son River Stone, left, get some candy from Sgt. Detective Caleb Fry and Lt. Detective Amanda McNamee of the Williams County Sheriff’s Department during the annual Trail of Treats.

LEFT: Delynda Vallier, 3, (right) gets a free book from Children’s Librarian Morgan Cote and Bookmobile Librarian Tracy Byrne during the Trail of Treats.

With the pandemic causing events across the nation to be canceled, the Williston Downtowners are thinking outside the box to make sure there’s still some Halloween fun to be had in town.

After the announcement that the annual Trail of Treats would be canceled, the Downtowners got together to come up with some new options to make sure kids and adults alike can still have a spooky good time. The group met at the ARC on Friday, Oct 9 to throw around some ideas, and came up with some possibilities that they are excited to explore.

“We’re thinking of doing a ‘Hallo-week’ instead of the Trail of Treats,” explained Downtowners board member Falon Justice. “So the full week of Halloween, we would have different activities for people to take part in.”

Justice said the Downtowners were considering a scaled-down version of the Trail of Treats, perhaps only allowing trick-or-treaters at select downtown businesses each day, choosing businesses that were far apart enough to promote social distancing. The Downtowners will also be partnering with the Williston Community Library for a “Great Pumpkin Scavenger Hunt,” where businesses downtown would have a clue posted for kids to follow for treats and prizes after hearing the story of the Great Pumpkin.

“We are also looking at a ‘five days of photos’ challenge,” Justice told the Williston Herald. “For downtown shopping and things like that, people that take photos and tag the Downtowners and share it on social media, they would receive an entry for a drawing for a prize basket, or something similar. It’ll be things like shop in costume, wear your best mask, bring your jack-o-lantern to your favorite spot. Just fun things people can do downtown and all over Williston.”

Justice added that the Williston Parks and Rec and Community Builders are still looking to put on an All City Halloween Hunt at Spring Lake Park on Friday, Oct. 30, in place of the annual All City Halloween party held at the ARC. The change comes as another safety precaution against COVID-19, which has all but eliminated most indoor events with large crowds. The evening would be set up similar to the “virtual” Easter Egg hunt held Spring Lake Park in April.

Justice said that with the cancellation of Trail of Treats, the Downtowners felt it was still important to have something fun for Halloween that the whole family could still take part in.

“Trail of Treats has been a staple of Downtown for years.” Justice said. “For the businesses downtown, it’s one of our favorite days of the year. Not only does it drive people downtown, but it’s about community involvement. It’s a huge part of Halloween for me personally. It’s that tradition. There’s just so many things that we’ve had to cancel that have broken our hearts, so we wanted to figure out something, some way to make this work.”

Justice said an official announcement on Halloween activities would be coming soon, so check out their Facebook at www.facebook.com/WillistonDowntownersAssociation to stay up-to-date.