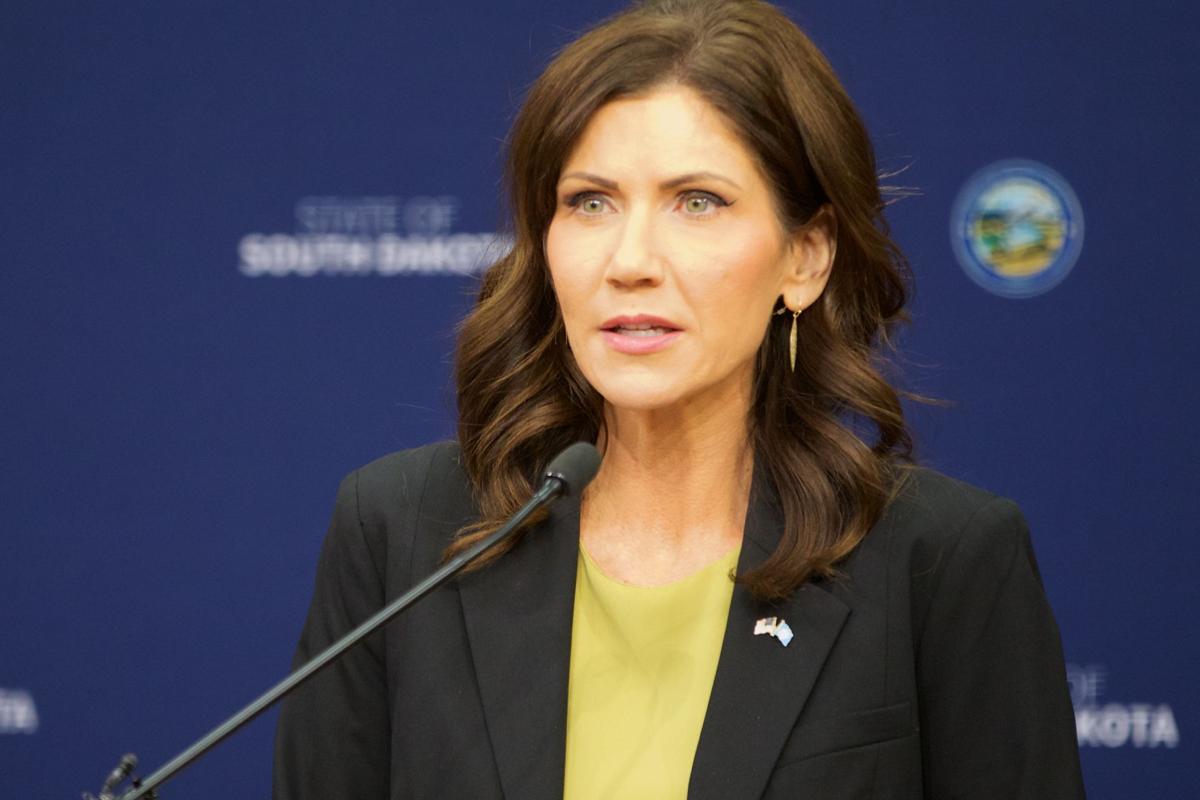 Gov. Kristi Noem addresses the media's questions in a press conference with the latest updates about the COVID-19 situation from the Governor's Large Conference Room in the State Capitol, March 24 in Pierre. 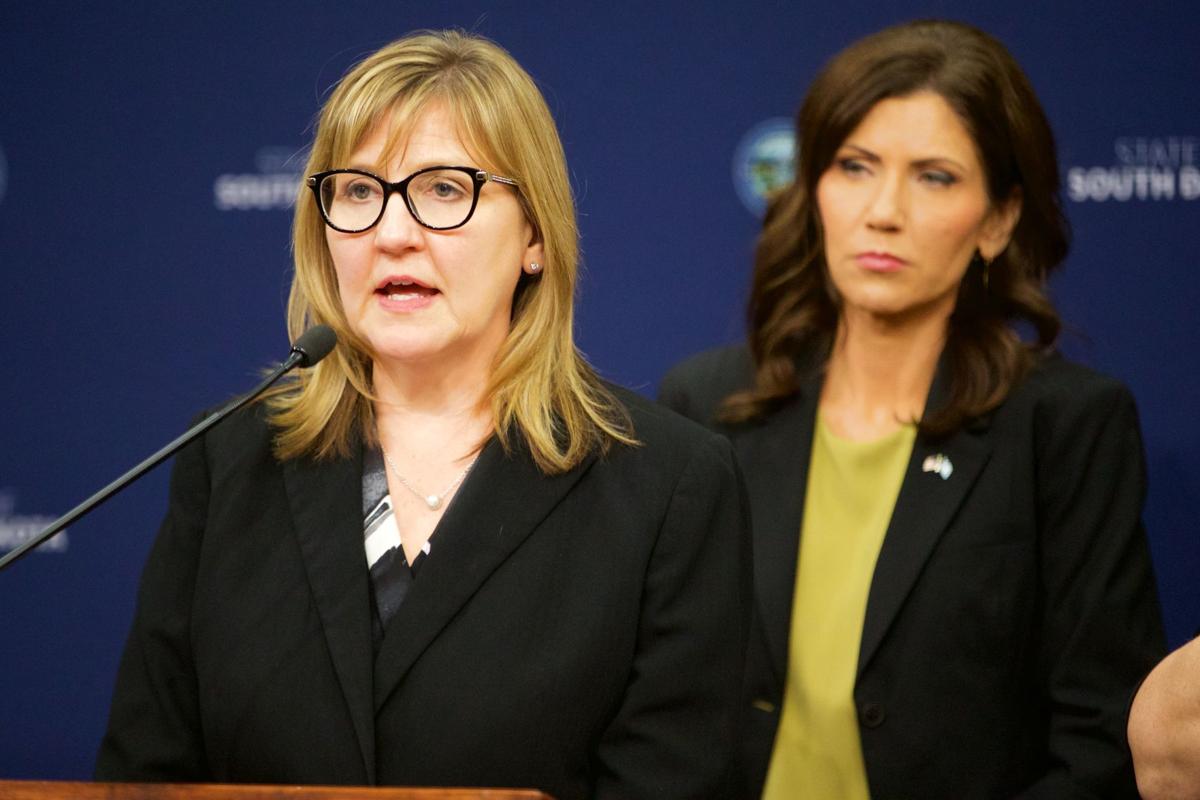 South Dakota Secretary of Health Kim Malsam-Rysdon speaks to the media in the Tuesday COVID-19 news conference, as Gov. Kristi Noem looks on, in the State Capitol, March 24 in Pierre.

Gov. Kristi Noem addresses the media's questions in a press conference with the latest updates about the COVID-19 situation from the Governor's Large Conference Room in the State Capitol, March 24 in Pierre.

South Dakota Secretary of Health Kim Malsam-Rysdon speaks to the media in the Tuesday COVID-19 news conference, as Gov. Kristi Noem looks on, in the State Capitol, March 24 in Pierre.

“We have whole hotels — their occupancy went from 100% to almost nothing.”

“People who have gotten up every day for years and gone to work, during this time, don’t have that option.”

As COVID-19 continues crippling the economy, Gov. Kristi Noem said during her Tuesday news conference the state needs as much help as possible from the federal government.

Tuesday, Democrats and Republicans in Washington, D.C. continued negotiating terms of a stimulus package worth an estimated $2 trillion. Along with support for businesses large and small, the package is projected to include direct payments to U.S. taxpayers in an effort to reinvigorate the economy.

“The time for political games is over. It’s time to act,” U.S. Sen. John Thune, R-S.D., said during a Tuesday speech on the Senate floor. “And I hope and pray that by the end of the day today, that we will see the kind of cooperation, the kind of bipartisanship, that will let us address the needs of hardworking Americans who are fearful for themselves and their families.”

Noem, who served eight years as a member of Congress prior to her 2018 election as governor, shares Thune’s hope.

“I’m encouraged by the fact that Washington, D.C. recognizes that there is some response needed out here on the ground to respond to people’s needs,” Noem said Tuesday.

However, the governor said she was “very discouraged by watching the politics-as-usual” in the nation’s capital.

As of late Tuesday, officials in Washington, D.C. continued the normal back-and-forth political rhetoric, all while some Americans wonder how they will pay the rent this month.

President Donald Trump on Tuesday tweeted: “Our people want to return to work. They will practice Social Distancing and all else, and Seniors will be watched over protectively & lovingly. We can do two things together. THE CURE CANNOT BE WORSE (by far) THAN THE PROBLEM! Congress MUST ACT NOW. We will come back strong!”

Former Democratic presidential candidate, U.S. Sen. Elizabeth Warren, D-Mass., tweeted: “Our obligation, our moral imperative, is to save lives. If people are forced out of their homes too early and thousands or millions more people die because hospitals and health care providers are overwhelmed, there won’t be an economy left to save.”

Back in South Dakota, Noem and others remain inundated with new unemployment claims. In February, the state’s jobless rate was just 3.3%, lower than the federal average of 3.5%.

Both statistics are expected to skyrocket when officials release the data for March.

“We’ve had an amazing amount of people calling in, asking us for help with unemployment,” Noem said. “Many of these people are unfamiliar with the system; they haven’t signed up for unemployment in the past.”

The average benefit is approximately half of one’s weekly wage, or a maximum of $414 per week.

Also on Tuesday, the number of confirmed COVID-19 cases in South Dakota reached 30, with 13 of those in Beadle County.

Secretary of Health Kim Malsam-Rysdon said two of the 30 patients are in the hospital, while one has died and eight are considered “recovered.”