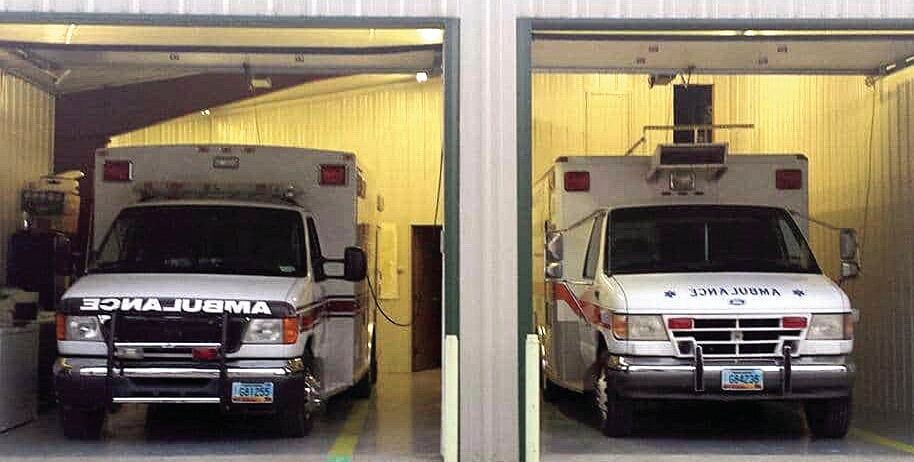 The town of Marmarth and the surrounding area have two ambulances staffed by volunteers who provide emergency medical services. 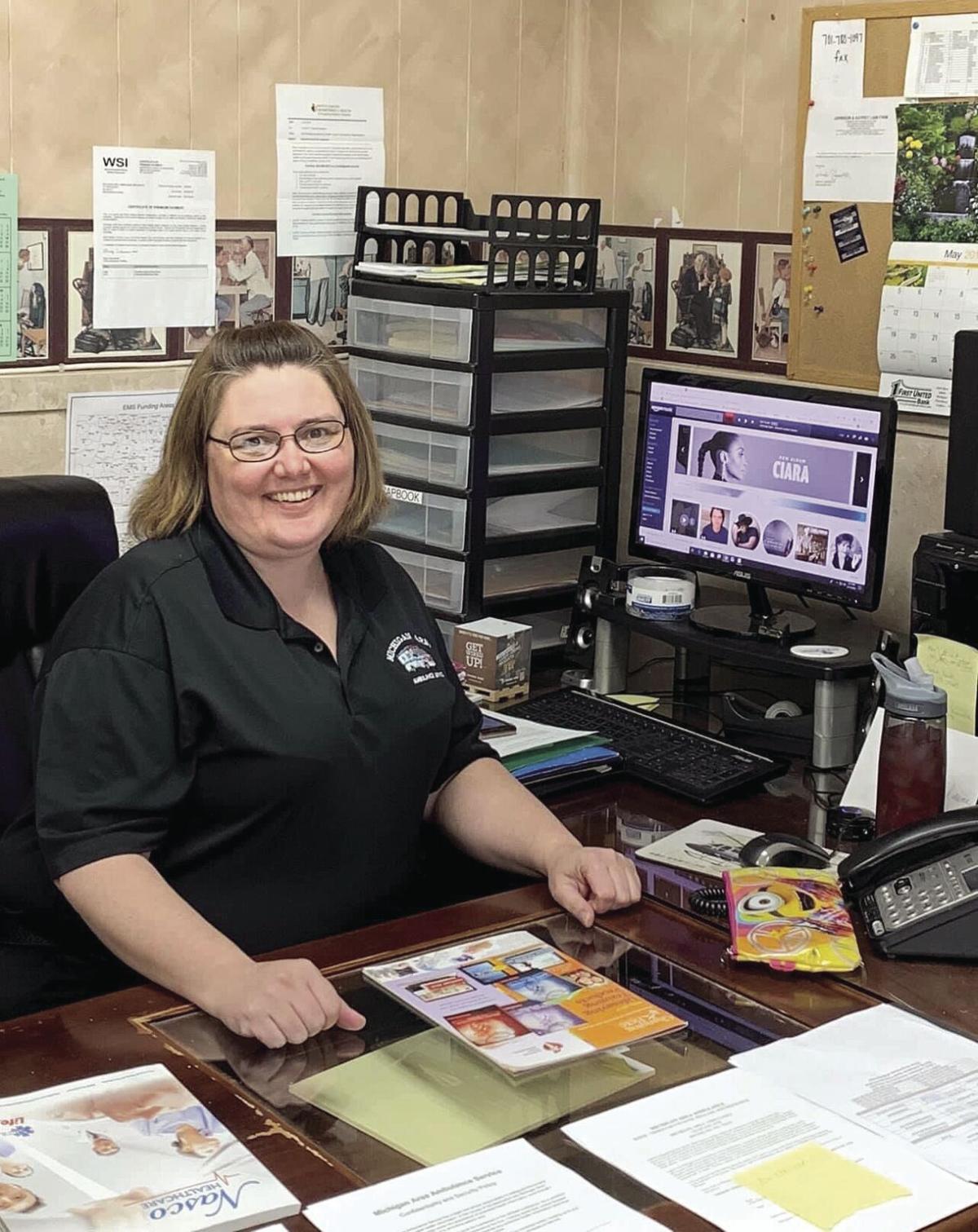 Sarah Vaith works in her office at Michigan (N.D.) Emergency Services where she is the operations manager. She has worked as a first responder for 10 years.

The town of Marmarth and the surrounding area have two ambulances staffed by volunteers who provide emergency medical services.

Sarah Vaith works in her office at Michigan (N.D.) Emergency Services where she is the operations manager. She has worked as a first responder for 10 years.

Sarah Vaith said she never knows for sure what she’s walking into on a call with the Michigan, N.D., Area Ambulance Service.

Before they are sent out on a call, the first responders in her squad receive information from dispatchers, who ask screening questions: anyone have a fever or other potential symptom of COVID-19? But there can be miscommunication or missing information.

“The pandemic is a scary time for all of us,” Vaith said. “It’s scary for those of us in EMS because sometimes the communication isn’t there and doesn’t get to us, and then all of a sudden we find out we may have been exposed to somebody that has COVID.”

Vaith, the service’s operations manager, said if one of her volunteer EMTs was potentially exposed, they would have to quarantine until test results came back for the patient they treated. With a squad of only ten people, that could lead to a lack of staff to respond to calls.

Rural volunteer emergency services across North Dakota say the fear of contracting the virus from responding to a call exists, but concern about losing individuals in an already thinning group of volunteers is even greater.

Arlen Gartner, a volunteer for the Kenmare ambulance service with more than 4o years of experience, said the problem of low staffing has existed for several years. The pandemic has only exacerbated that. Gartner said when he first became a trained first responder at 19, the process to become certified was much easier than it is today.

Carrie Roth, the squad leader for New Leipzig Ambulance, said people who would normally be interested in volunteering are less inclined now out of fear for their own health. She said regular volunteers on the squad have opted to sit out shifts based on doctor recommendations.

Gartner, whose Kenmare Ambulance takes calls from several surrounding counties, said his squad has not been affected financially because of the pandemic. But for Vaith, a decrease in calls has created an additional financial burden. She said that while the service is volunteer, they still rely on insurance and other payments for each call to maintain operations.

Darren Welander of Rolla said his emergency ambulance service has maintained its financial stability throughout the pandemic, but it has seen a 25% decrease in calls.

“I think some patients are just simply afraid to go to hospitals due to the amount of COVID cases in the larger cities,” Welander said.

Rural ambulance services depend on insurance payments, local government contributions and donations, but funding has been a challenge for years. So has recruitment and retention of volunteers, according to Adam Parker of the North Dakota EMS Association, who spoke with Valley News Live last October.

“As medicine has become more and more advanced, and the training requirements have increased, we’re putting a lot more demand on those people’s time – and it’s becoming less appealing to volunteer,” Parker said then. “It’s becoming harder and harder for ambulance services to sustain themselves with volunteer labor.”

The pandemic has had impacts beyond when first responders are on call. Ginny Heth, president of the Westhope Ambulance Service, said her squad transported one patient who tested positive for the coronavirus, and after that, it seemed as if her community was scared of them.

“We have all the personal protective equipment, and we know how to use it and we use it. So they don’t need to be afraid that I’m going to transmit something to them,” Heth said. “And we sanitize. I mean it’s unreal all the sanitizing we do.”

Vaith said she hopes communities will keep in mind what life would be like without a local ambulance service to respond to their calls. And for Heth, more individuals willing to give some time as a volunteer first responder is always needed.

“The need is still there. We still need to take care of our people,” Heth said. “It’s very difficult when it’s a volunteer service to start with, but it’s so important that we have that service locally, especially when we’re such a rural community.”