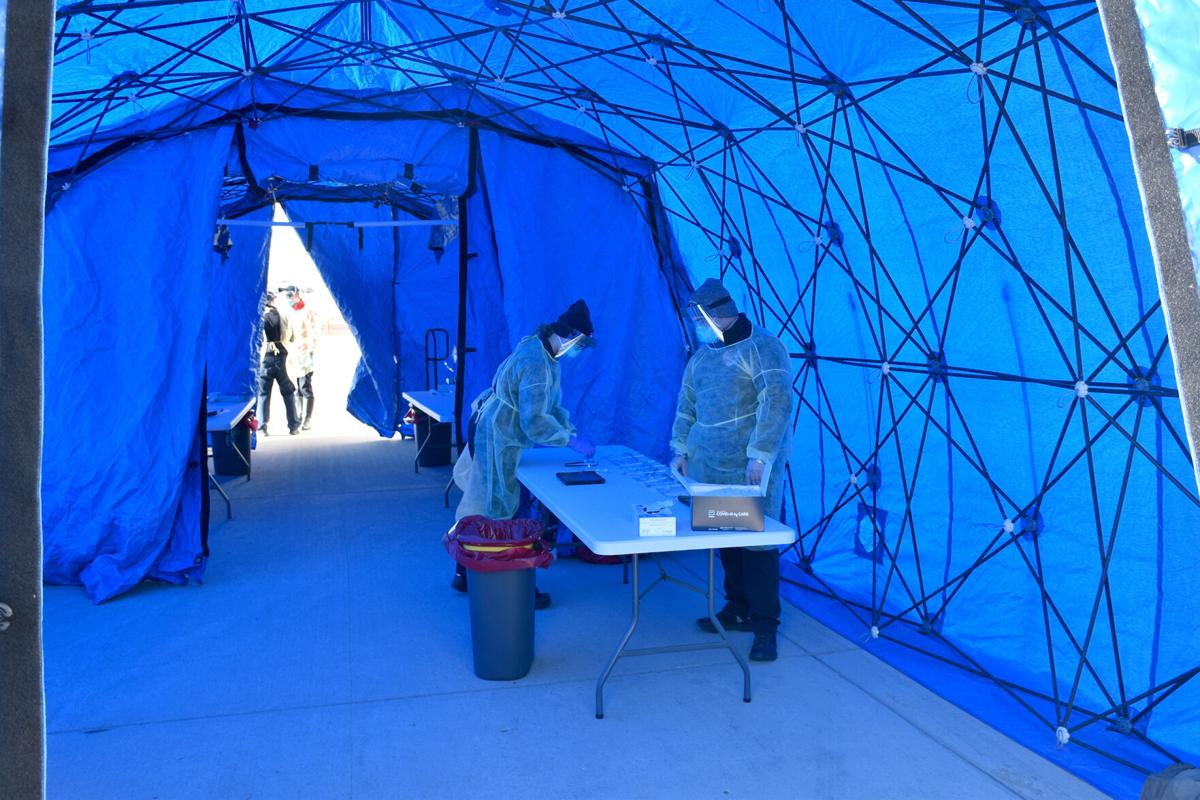 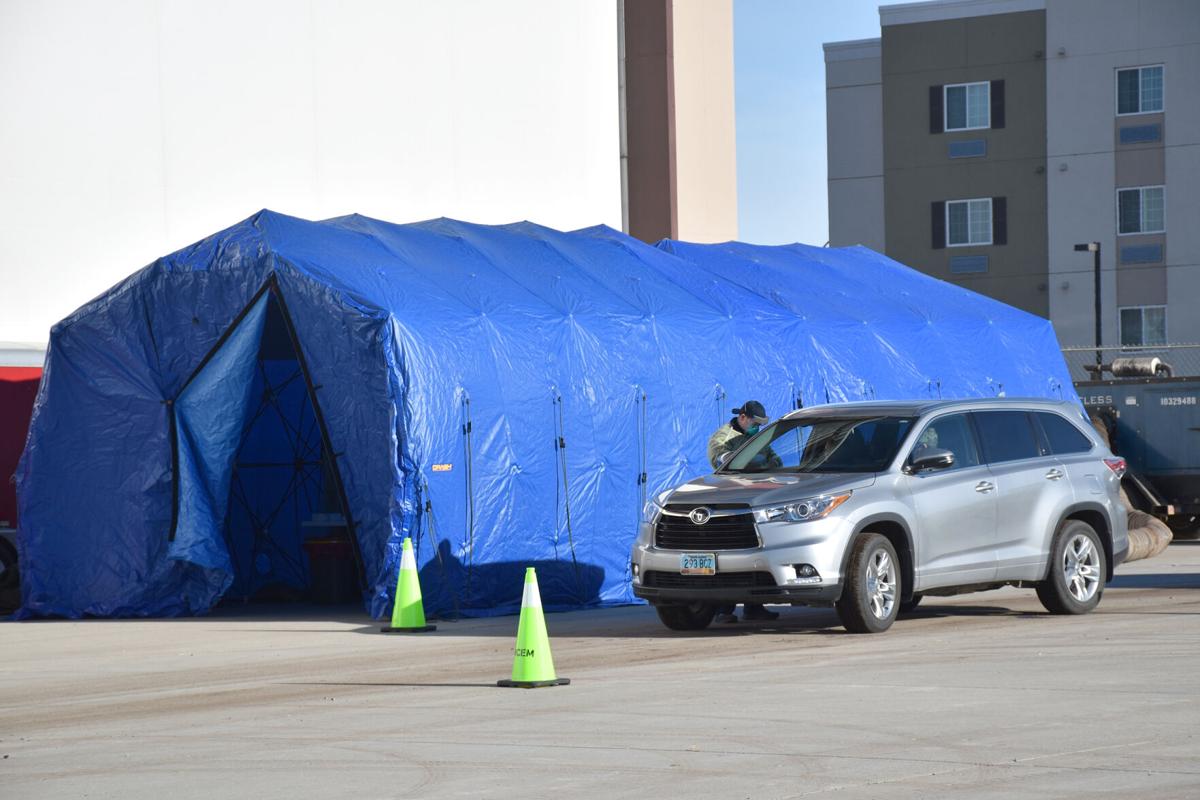 Volunteers from the Williston Fire Department and Ambulance services assisted with COVID-19 rapid-testing at the former Sloulin Field hangar building on Monday, Jan. 11.

Volunteers from the Williston Fire Department and Ambulance services assisted with COVID-19 rapid-testing at the former Sloulin Field hangar building on Monday, Jan. 11.

City Administrator David Tuan said this will be the first of many rapid test events, with testing transitioning into the hangar itself for next week’s event.

Tuan said the city received around 500 tests for this event, and that by halfway through the event, about 100 people had been tested. This week’s testing was done with volunteer assistance, but Tuan said future tests will be able to be done by individuals themselves.

Tuan added that he believed around 2 million tests had been delivered to the state, with more to come, so people don’t worry if they miss out on one testing event. Additionally, a weekly drive-thru COVID-19 testing event will still be held Mondays at Williston State College.

The rapid testing, using the BinaxNOW Rapid Antigen screening, was put on through a partnership from Williams County/Williston Emergency Management, the Upper Missouri District Health Unit and the state. The drive-thru testing event was open to the general public aged 18 and older who are asymptomatic, meaning showing no signs and symptoms of COVID-19.

Tests were self-administered with the assistance of the Williston Fire Department, Williston Police Department and other City of Williston and Williams County staff. Once tested, individuals received their results via text message in around 15 minutes.

To learn what to expect with the BinaxNOW test, watch: https://youtu.be/iVoNhZY5TI8. Learn more about the North Dakota Rapid Antigen Test Program at https://www.health.nd.gov/rapid-antigen-screening.