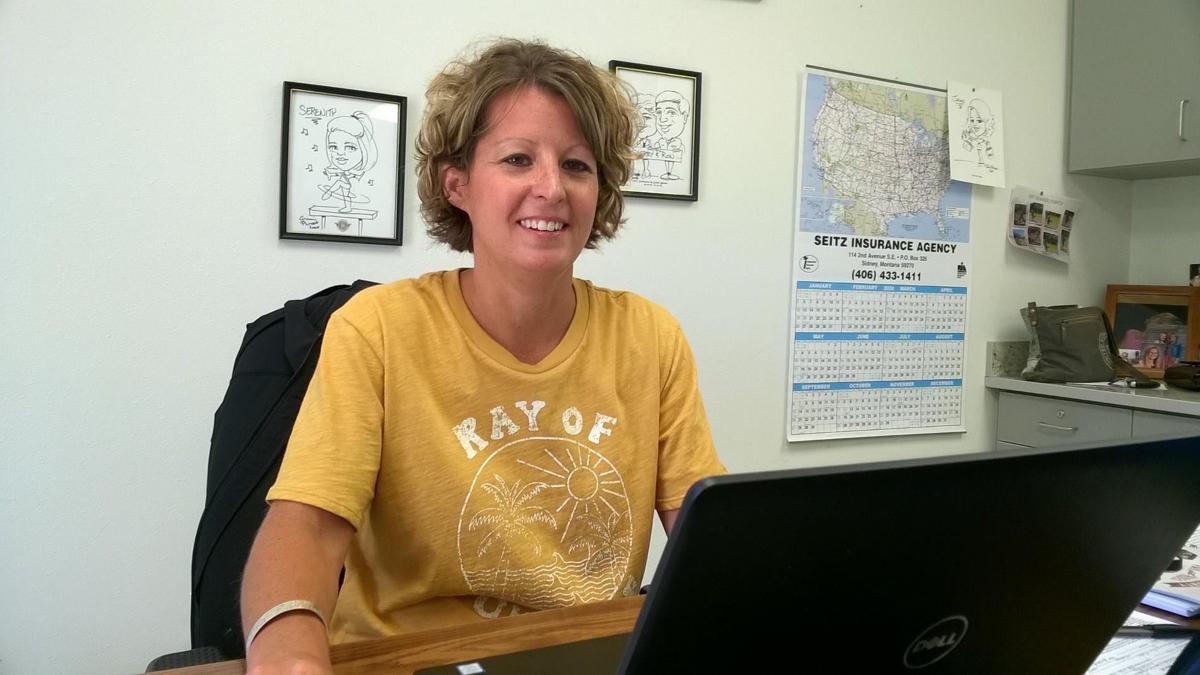 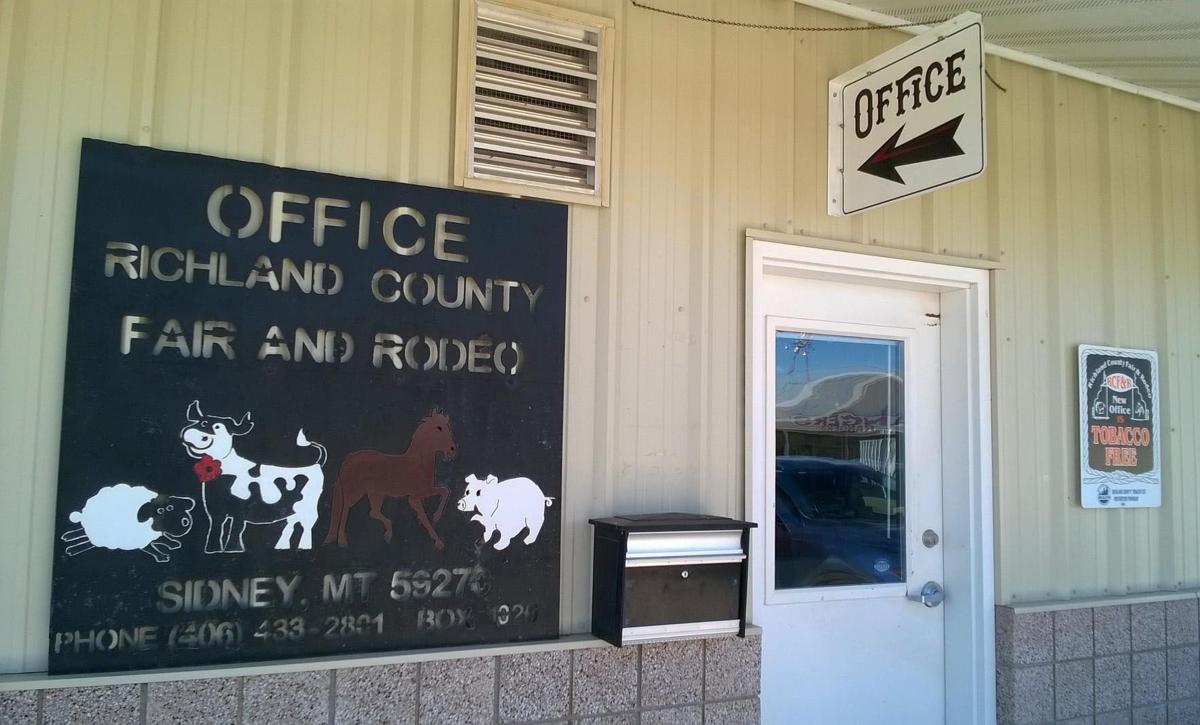 The entrance to the Richland County Fair office on Friday morning, June 26.

The entrance to the Richland County Fair office on Friday morning, June 26.

SIDNEY — The 2020 Richland County Fair may be held with specific guidelines and restrictions.

Then again, the Fair might be cancelled this year because of COVID-19. That’s the recommendation of the Richland County Board of Health.

Composed of seven members, the county Board of Health this week recommended to the Richland County Commissioners that the 2020 Fair be cancelled because of concerns surrounding COVID-19 restrictions established by Montana Gov. Steve Bullock.

The recommendation was made at a meeting earlier in the week. A motion was made by a Board of Health member to cancel the Fair, it was reported. Two of the county commissioners abstained from voting, while one reportedly expressed his opinion the Fair should continue.

A final vote was postponed until Monday, June 29, when all three Richland County Commissioners will decide the fate of this year’s Fair.

Richland County Commissioner Shane Gorder told the Sidney Herald the commissioners anticipate a recommendation from the County Fair board about whether they think the Fair should be cancelled or continued as planned.

“I believe we’ll hear from the Fair Board and the Fair manager,” Gorder said. “We’ll either make a decision that day [June 29], or later. I know we want to make a decision before July First.”

Asked if he felt the Fair should be cancelled because of concerns about COVID-19, particularly large events where more than 50 people gather, Gorder said he needs more information.

Gorder explained he abstained from voting on the motion made by the County Board of Health out of fairness.

“I felt it was necessary to hear from the Fair Board and the Fair manager,” he said.

Gorder will join fellow commissioners Loren Young and Duane Mitchell on Monday afternoon at 4 p.m. for a decisive vote on whether to cancel or continue the County Fair. The meeting is open to the public.

Young also abstained from voting on the motion, according to Gorder, who said Commissioner Mitchell voiced his opinion at this week’s meeting that the Fair should continue.

All three County Commissioners also serve on the Richland County Board of Health, along with four other volunteers: Ray Trumpower, Melissa Boyer, Kari Johnson and Terry Meldahl.

In addition to the recommendation by a majority of Board of Health members, Richland County Sheriff John Dynneson supported cancelling the 2020 Fair.

“John Dynneson recommended it would be tough for law enforcement,” Gorder reported.

Sheriff Dynneson told the Sidney Herald he supports cancelling the Fair because he believes it will be difficult to abide by guidelines set forth by the governor’s office.

“I think it would be difficult to ensure that those guidelines be enforced,” Sheriff Dynneson said. “We’re exposing our people to contracting Covid. So it puts our [deputies] at risk.”

Although Dynneson said he thinks the 2020 Richland County Fair should be cancelled, the sheriff made clear he will follow the wishes of the county commissioners if they vote on Monday to continue the Fair in some capacity.

Sheriff Dynneson added: “It is concerning to me because I hate to see the community have a widespread [outbreak] of Covid across the county. I understand it’s very important for the people of the community to have an event like this. I don’t expect what I say is the final say.”

Tammy Christensen, a member of the County Fair Board, made clear no decision will be made before Monday’s County Commissioners meeting.

“At this time, the Fair has not been cancelled,” Christensen told the Sidney Herald on June 24.

Sidney Mayor Rick Norby said he had no knowledge about whether the Fair had been cancelled. However, he pointed out it’s a difficult position for elected officials to be in when local public health officials recommend cancellation.

“Keeping procedures in place” is a challenge, Norby said, adding that elected officials are held accountable if something goes wrong.

“It doesn’t surprise me,” Mayor Norby told the Sidney Herald. “If the health department makes that recommendation...you kind of have to go with it.”

Richland County Health Department Administrator Brittney Peterson, MS, said, “It might be best not to hold the Fair due to health reasons.”

“The Board of Health made a recommendation but actually the decision is up to the [county] commissioners,” Peterson said. “The role of the Board of Health...they’re tasked with protecting the members of the community. It wasn’t a decision that they made lightly.”

Jamie Larson, manager of the Fair, made clear she is not a member of the Richland County Fair Board.

“I’m a county employee,” Larson said. “I am not a member of the Fair Board. The Fair Board are volunteers that are appointed by the County Commissioners.”

Larson said she is prepared to move forward with whatever decision the commissioners make. She pointed out, however, Fair management already developed a plan, along with the county Board of Health, to hold the Fair under Phase 2 guidelines.

“At this point, we’re still planning to go ahead with the concert — the entertainment,” Larson said, prefacing no concert or rodeo tickets have been offered for sale yet.

Larson noted that under current Phase 2 guidelines groups of 50 can meet as one unit, provided the entire group remains at least six feet apart from other groups of 50 participants.

“Social distancing is such a key, and sanitation is as well,” Larson said. “I never thought we’d be in this position when this started.”

Although she was careful not to second-guess the outcome of Monday’s County Commissioners meeting, Larson sounded hopeful. She made clear the Fair’s Board and management are preparing for several scenarios, including holding the Fair under close scrutiny.

“It will look and feel different,” Larson said reassuringly.