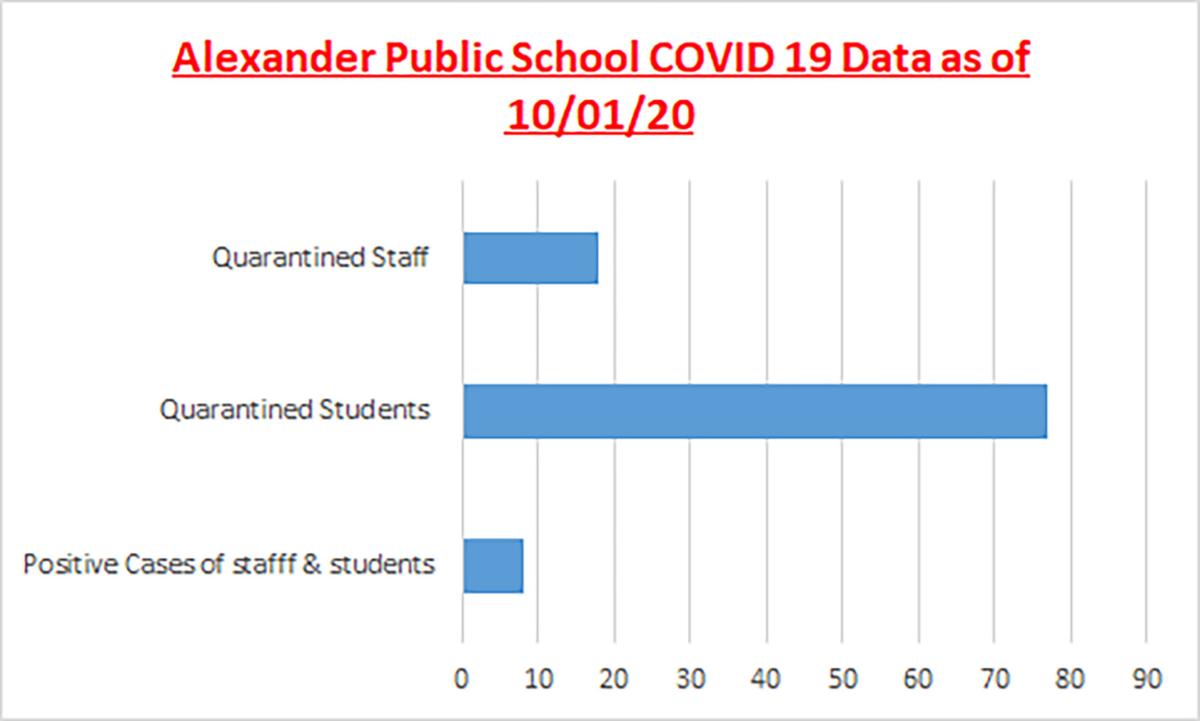 This is the data provided by Alexander Public School on its Facebook page. 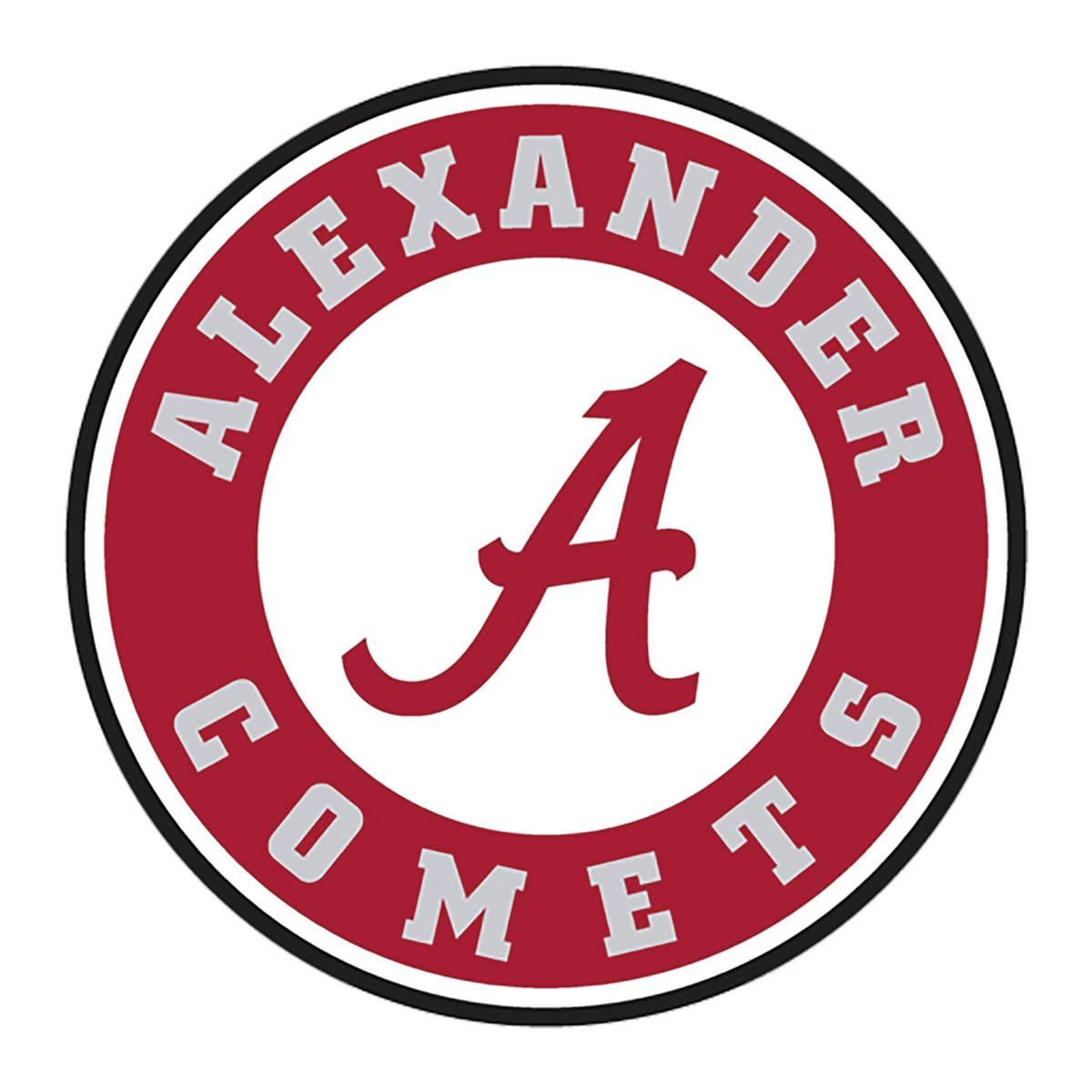 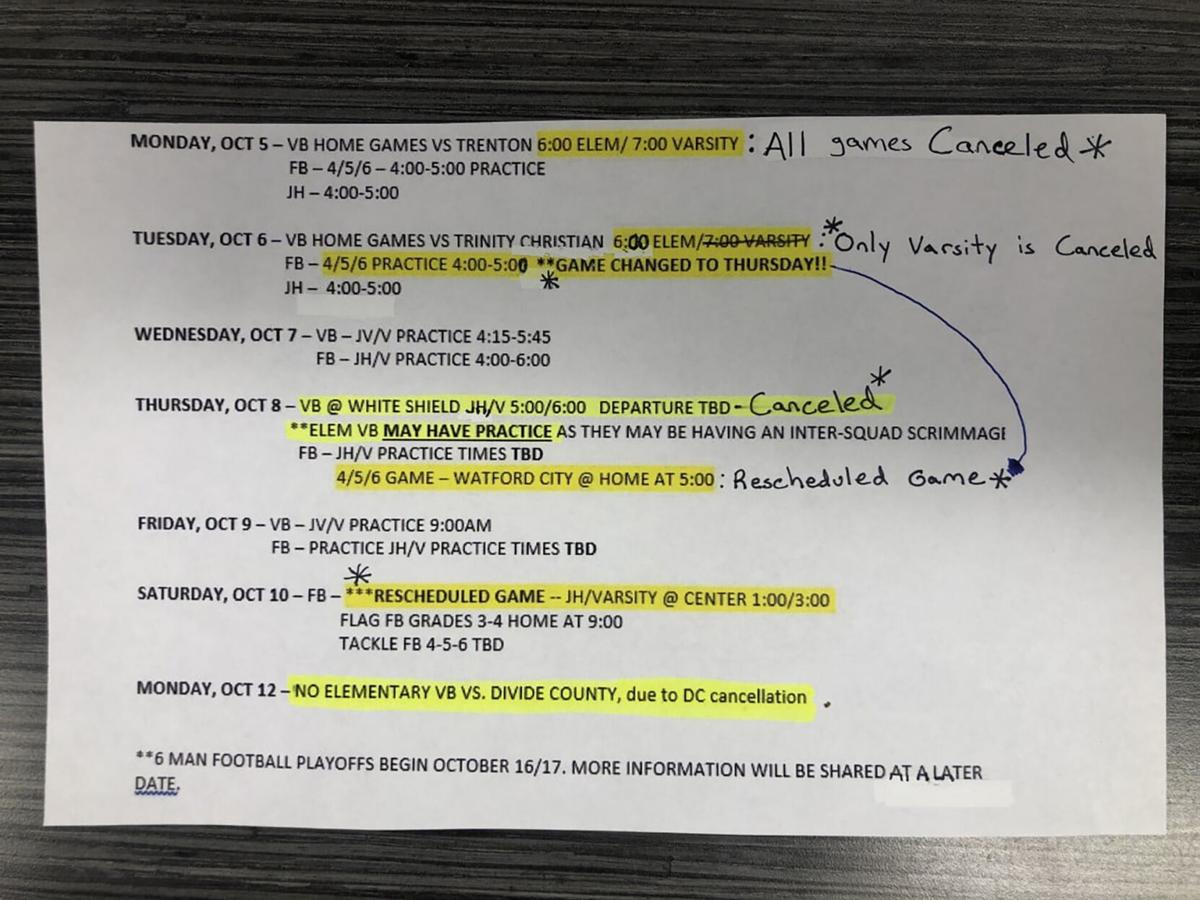 This is the updated schedule for Comets athletics that was posted on the Alexander Public School Facebook page.

This is the data provided by Alexander Public School on its Facebook page.

This is the updated schedule for Comets athletics that was posted on the Alexander Public School Facebook page.

The data was shared on the school’s Facebook page on Oct. 1.

According to the image or data, there are between zero and 10 positive cases within the school among students and staff.

It is not made clear how many of those cases are elementary or high school students or staff members.

The school made an earlier announcement in September about the positive cases.

On Sept. 27, a post was made on the Alexander Public School’s website which announced that a few individuals within the school tested positive for COVID-19.

“Comet families, as many of you know we have had a few individuals test positive for COVID-19 and several quarantine due to close contact. All families have been contacted; therefore if you did not receive a phone call your child is not quarantined. Also, this will not move us to a yellow designation for the district. Students who are not in school under these circumstances are required to participate via distance learning and should be in contact with their teacher(s). Athletic teams will be contacted with regards to game and/or practice cancelations or postponements. As we navigate this if you have any questions feel free to contact us at school.”

A day after the post was made, Alexander High School announced that the volleyball game on Sept. 29 against Bowbells/Burke Central was canceled.

The Sept. 28 game against Parshall High School was canceled but by Parshall because of COVID-19 cases.

In addition to announcing these cases, the school has also postponed or canceled several of its varsity volleyball games.

It is not clear if the games were canceled because of COVID-19 concerns though or if players on the team are in quarantine.

What is clear, is that Alexander Public School posted a list of canceled games on its Facebook page on Monday, Oct. 5. Although certain games have been canceled, practices for all teams are still happening.

However, according to posts from the Trenton High School Facebook page were canceled between Thursday, Oct. 2 and Monday, Oct. 5 and plans were being made to reschedule those games.

And, according to a post on the Trenton High School Facebook page, the Oct. 5 game that was supposed to be played between the two schools has been rescheduled to Oct. 16. That post was made late on Tuesday, Oct. 6.

But, White Shield High School hasn’t played a game since Sept. 22 after the school announced that it had a high number of positive COVID-19 cases on Sept. 20.

It is not known whether those two games have been rescheduled.

Alexander is one of many schools in North Dakota to see the affects of COVID-19 first hand.

No other data has since been released and according to the athletic schedule posted on the Alexander Public School Facebook page, varsity football is expected to play a rescheduled game against Center-Stranton on Oct. 10.

Additionally, elementary and fourth, fifth and sixth grade football games are still on.