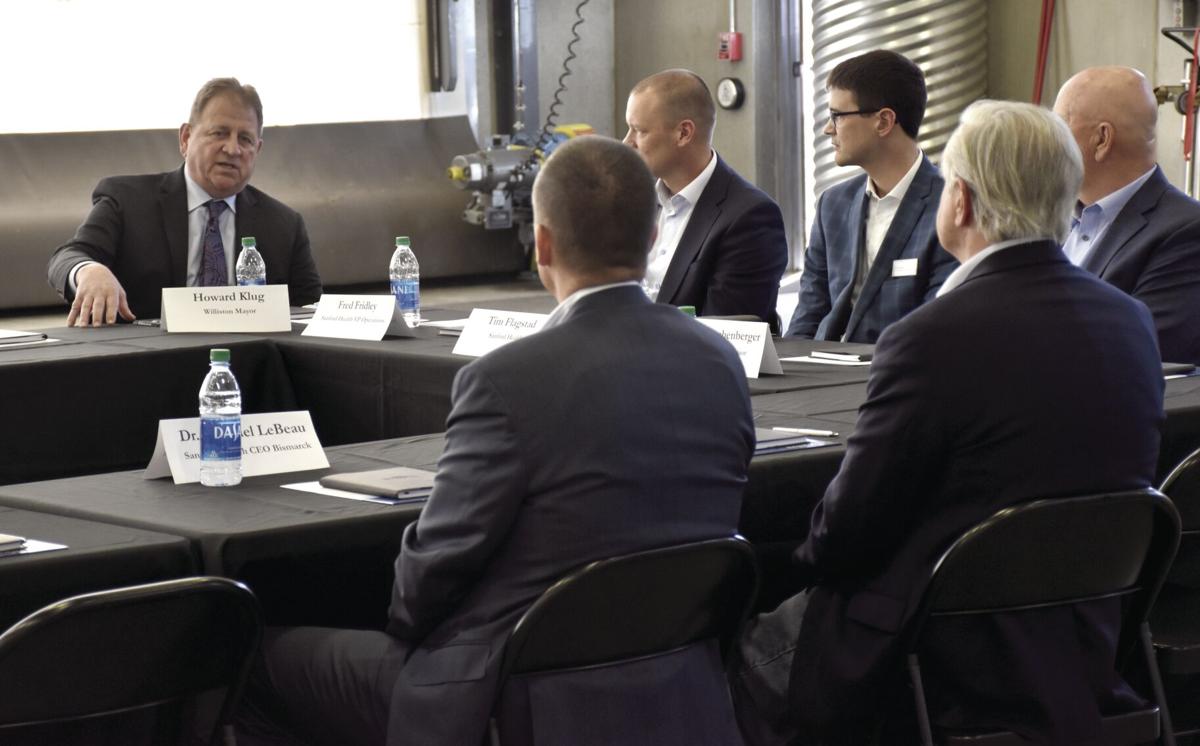 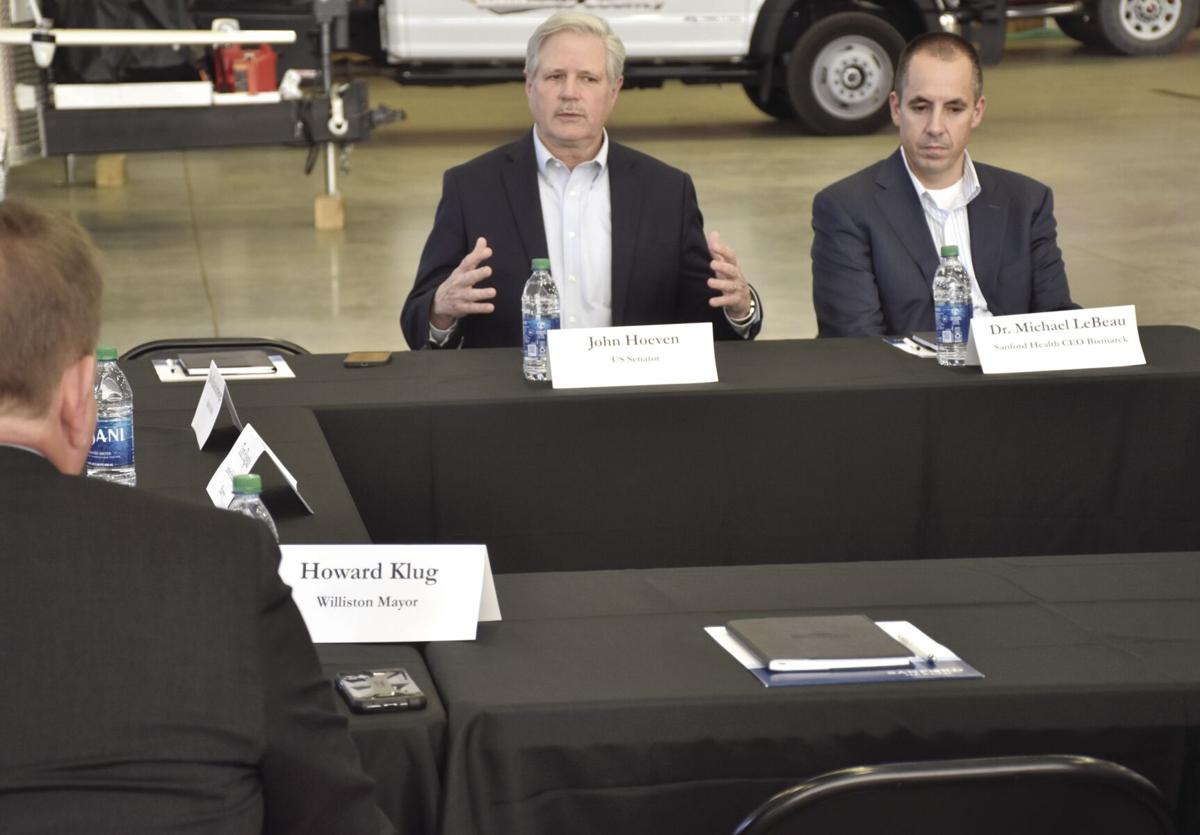 Sen. John Hoeven is joined by Dr. Michael LeBeau, President and CEO of Sanford Health’s Bismarck region to discuss the development of Williston Square at a meeting April 7. 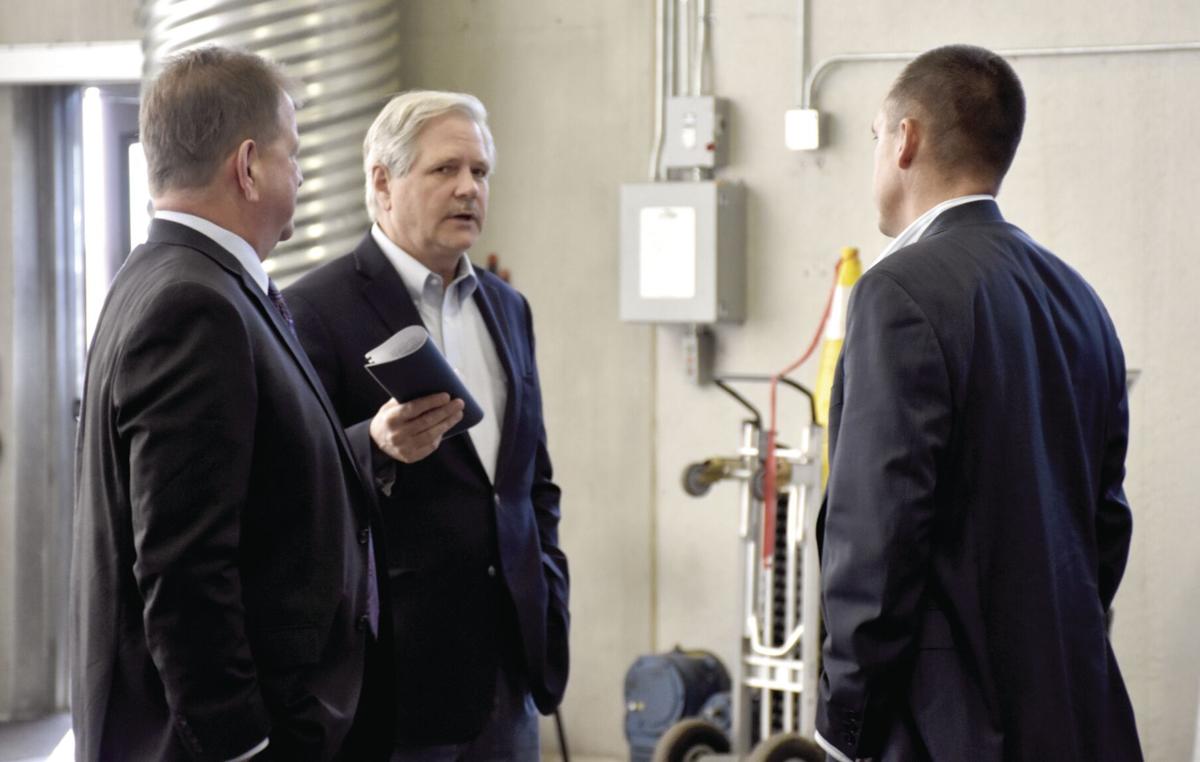 Sen. John Hoeven is joined by Dr. Michael LeBeau, President and CEO of Sanford Health’s Bismarck region to discuss the development of Williston Square at a meeting April 7.

Senator John Hoeven made a stop in Williston on Wednesday April 7, meeting with city leaders and Sanford Health representatives to discuss the ongoing development of the former Sloulin Field International Airport property.

Sen. Hoeven was instrumental as a member of the Senate Transportation, Housing and Urban Development Appropriations Committee in securing more than $114 million in federal funding to relocate and build the new Williston Basin International Airport, which opened in October 2019.

Klug shared with Hoeven all of the successes Williston has had recently in terms of infrastructure and development, including the new waste water treatment center, Public Works building, City Hall remodel, as well as work being done to improve the city’s streets.

“Over the years, we’ve built this city up. The projects just go on and on,” Klug told Hoeven. “We have a vision for the city, and with this partnership now, we’re going to be ready to move into the future.”

City officials have been working to repurpose the former airport property, with Wenko saying there has been much interest in the property. Two restaurants have already signed on, with Sanford being the most recent business to announce its intention to build at the site.

The scope of the Williston Square project is immense, with plans for a new civic center, hotels, additional retail and restaurant options, as well as outdoor gathering features such as an amphitheater and skating pavilion. A cornerstone of bringing such options to an area is healthcare, Hoeven said, stating that Sanford’s addition will make Williston even stronger as a community.

“Central to any vibrant community is a strong local economy and essential services, including health care,” Hoeven explained. “With the opening of the Williston Basin International Airport in a new location, it’s important that the Sloulin Field property is repurposed to best address the needs of the community. As the region continues to grow and develop, this new hospital and clinic will help ensure individuals in the region won’t have to travel long distances to receive health care.”

The leaders discussed the project and outlined efforts to construct the new $150 million clinic and hospital. The City of Williston and Sanford plan to have an agreement completed by August 31, with construction beginning late this year or early next spring and concluding as soon as 2024. .

“To be as far along as you are in developing the old site is remarkable,” Hoeven said.

Additionally, Sanford Health announced its initial community board for the new facility to be built in Williston Square. The community board will provide planning and development oversight of Sanford’s Williston operations and become the first hospital board upon project completion.

“Health care is best served at the local level, and we are excited to have a group from Williston and the surrounding area committed to helping us provide a high level of care to patients in the region,” LeBeau said. “The board’s formation is a significant step in our planning and development process.”

Community board members include:

Local Sanford physicians will be added to the community board for the new hospital and clinic in the future.