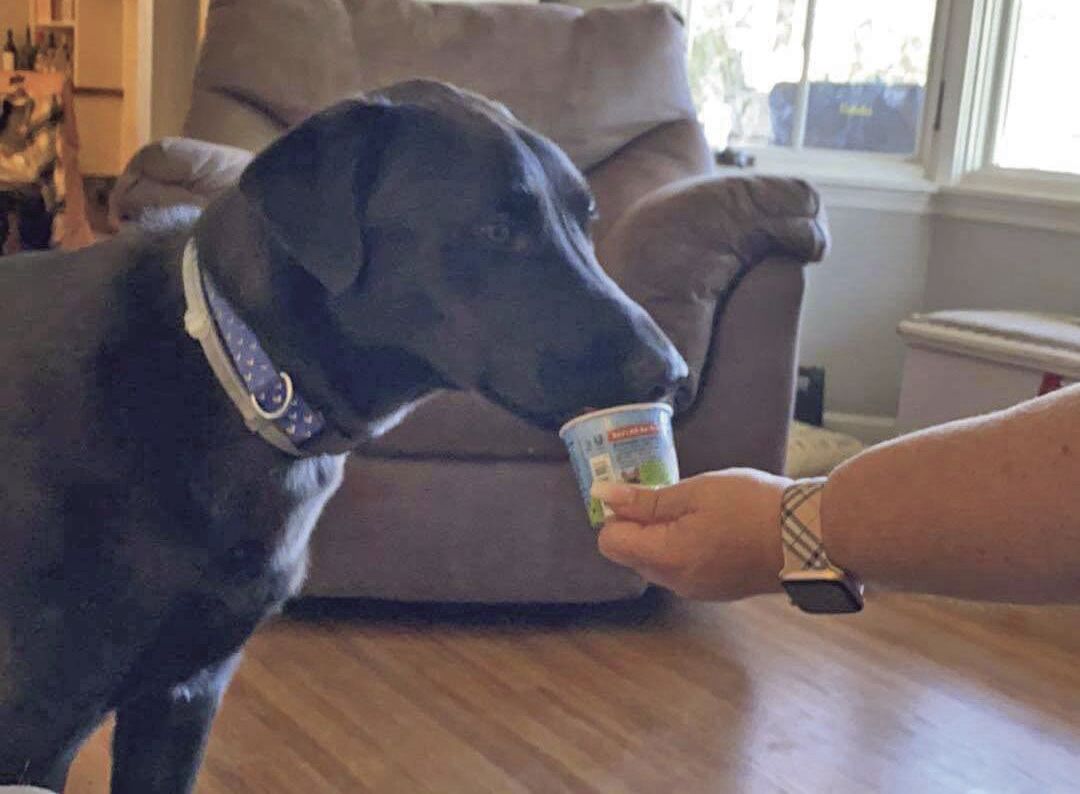 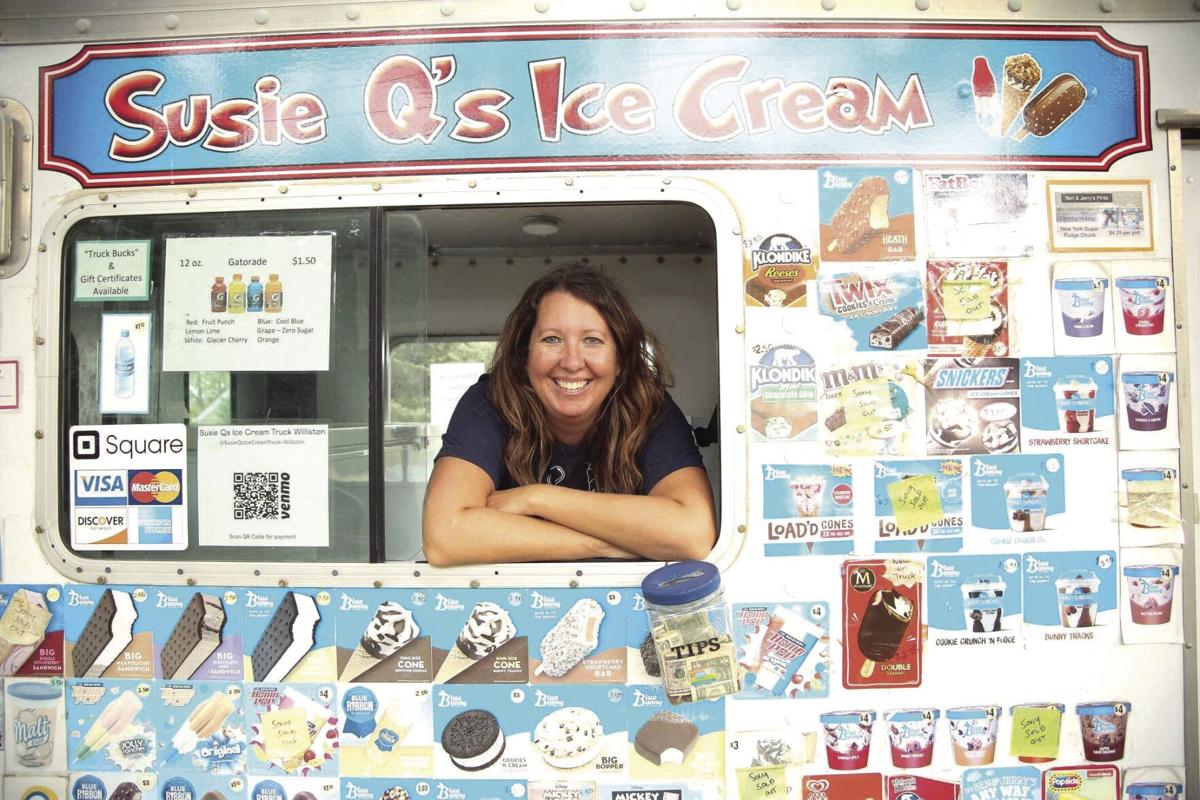 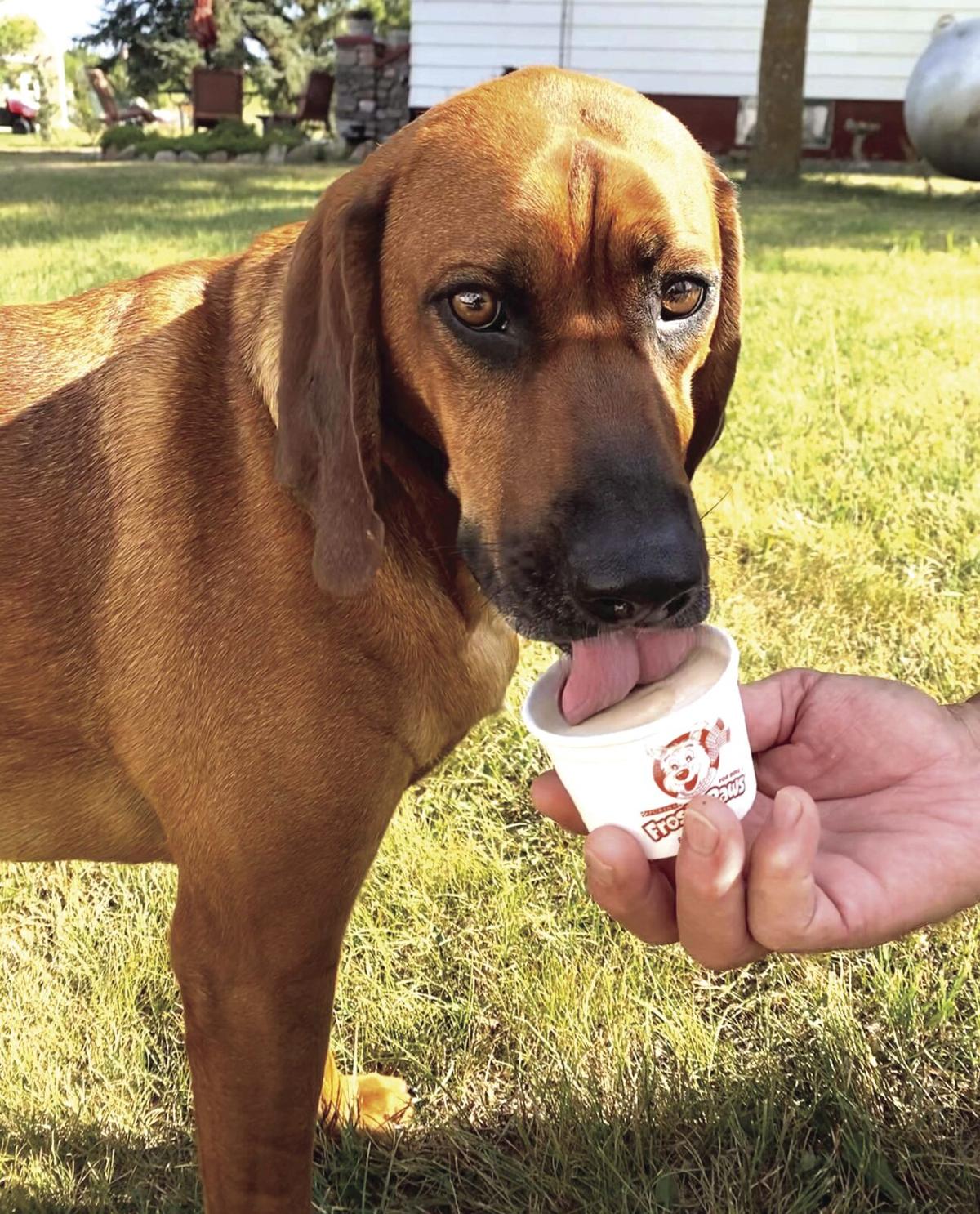 This pretty pup owned by Mark Schaffer is a regular patron of Susie Q’s Ice Cream Truck in Williston. 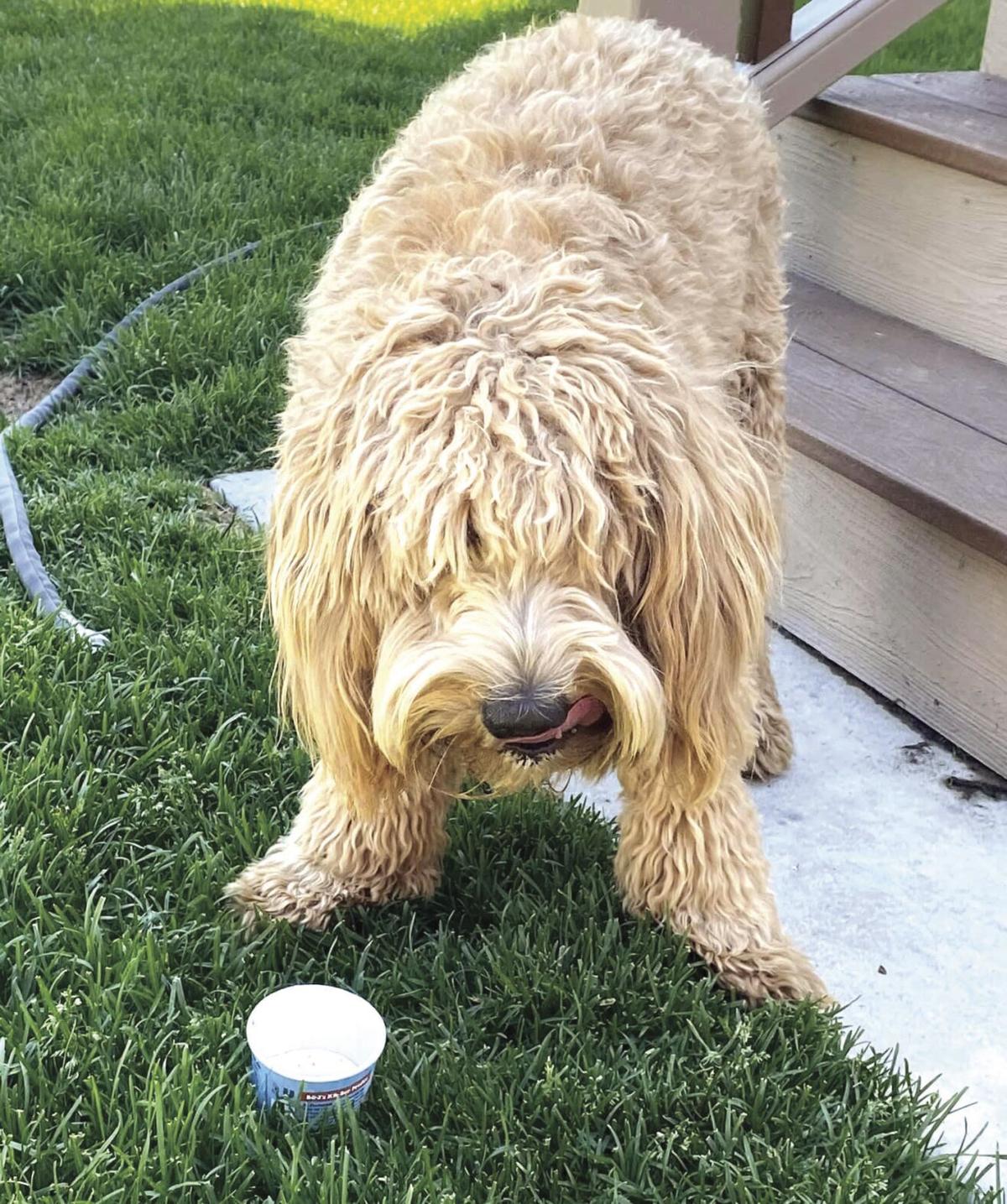 Stella, owned by Ian and Jessica Vestal, licks her lips after enjoying some canine-friendly ice cream from Susie Q’s.

This pretty pup owned by Mark Schaffer is a regular patron of Susie Q’s Ice Cream Truck in Williston.

Stella, owned by Ian and Jessica Vestal, licks her lips after enjoying some canine-friendly ice cream from Susie Q’s.

Susan Elsbernd has been operating Susie Q’s Ice Cream Truck for over a year, gaining many loyal customers, including some four-legged friends who love to come and say hello.

While out and about on her usual rounds, Elsbernd says she’s become quite popular with some neighborhood pups, who’ve learned to listen for her and excitedly come to greet her.

“In fact, a few dogs actually jump their fence when they hear the ice cream truck music and come sit and wait patiently for their owners!” Elsbernd told the Williston Herald. “Last year was my first season, so I wasn’t sure what was happening, but I quickly caught on!”

Elsbernd said the owners leave money out on their counter just in case the ice cream truck drives by, and Susie Q’s even stocks some special pup-friendly frozen treats just for her canine customers. Elsbernd said Susie Q’s truck has even been invited to dog birthday gatherings at some of the dog parks in town. The truck has become so popular that Susie Q’s was recently recognized in a very unexpected way.

“Just last week, I was blown away that someone named their new puppy after ‘Susie Q’s!’” Elsbernd said. “The mother stated they were trying to come up with a name that captured ‘something joyful about their summer’ and the ice cream truck was shouted out!”

The “Susie” behind Susie Q’s said she was touched at the sentiment, and said she’s glad to know she’s spreading happiness to those she visits.