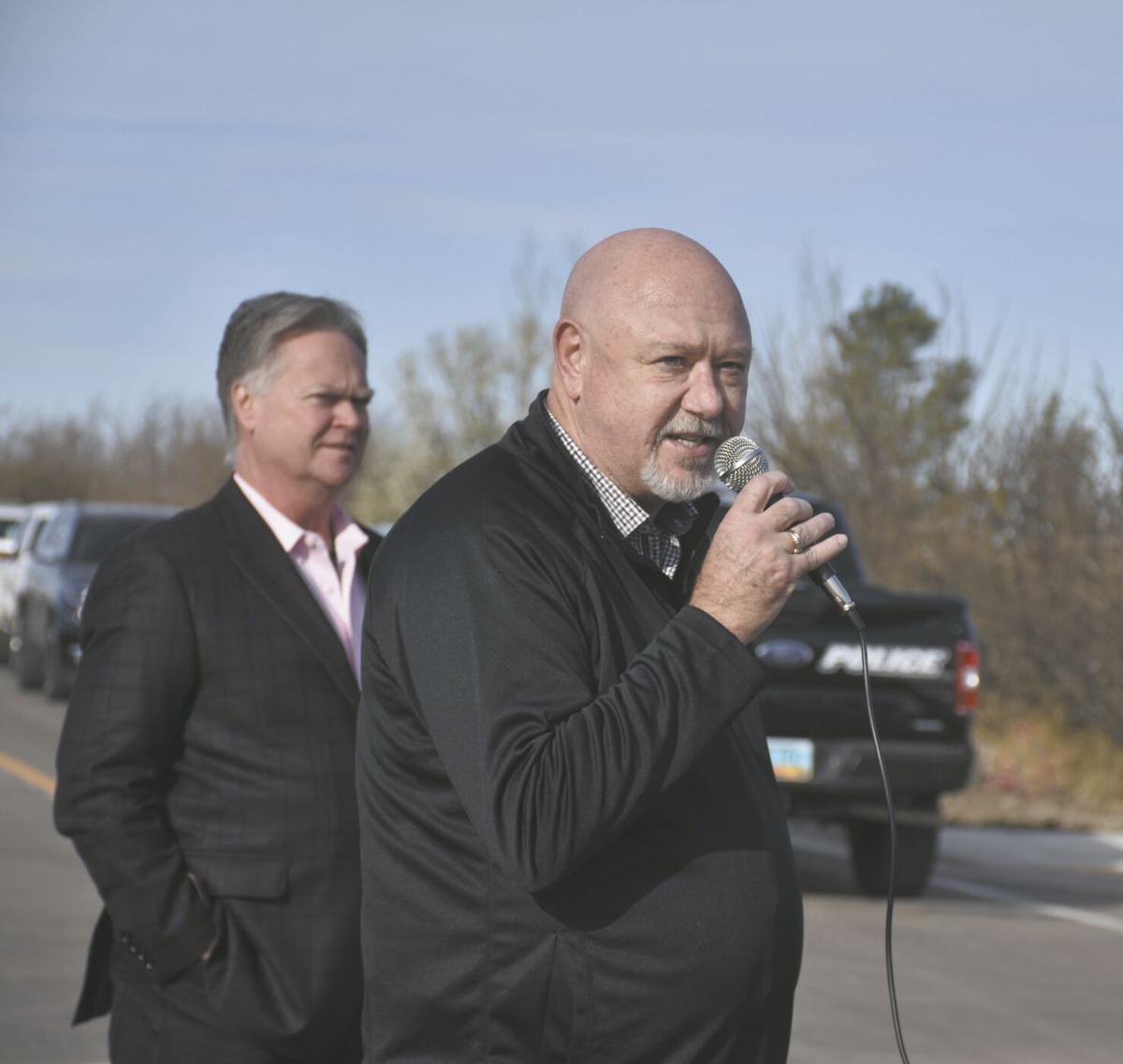 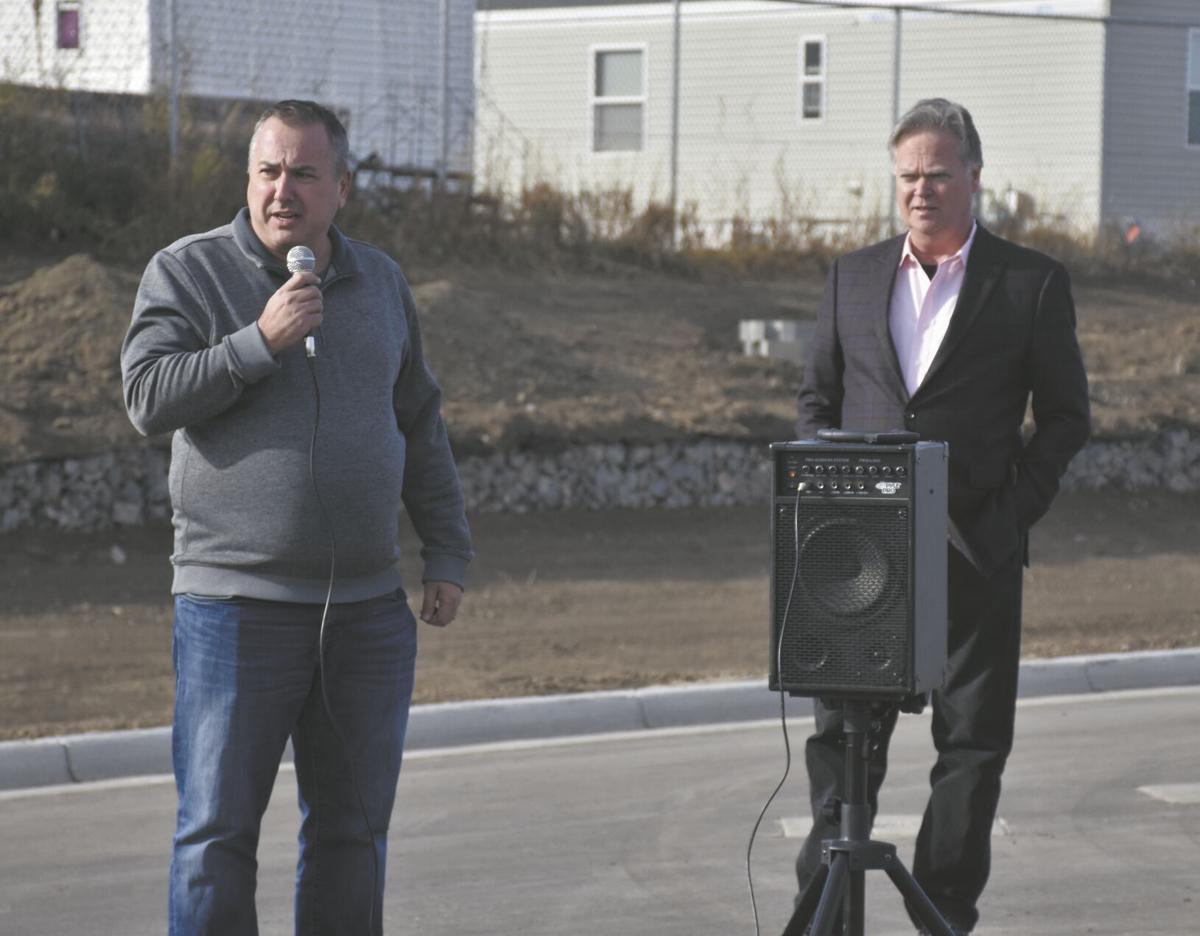 Two new eateries are coming to Williston, with hopes of breaking ground as early as this spring.

At a ceremony opening the 16th avenue west road extension, which travels through the former Sloulin Field property from 26th street west to 42nd street west, it was announced that Slim Chickens and Pizza Ranch will be the first restaurants to set up shop in the Williston Square.

Williston entrepreneur Pat Murphy said eateries will be breaking ground in 2021. Murphy, a longtime Williston businessman, helped attract the two restaurants to the Sloulin Field Redevelopment and presented the heads of the two establishments at Wednesday’s ceremony.

“I’ve kind of acted as a liaison between the City and a couple of restauranteurs that I am personally and professionally involved with,” said Murphy. “I was excited about the redevelopment project at Sloulin Field and I saw an opportunity for these restauranteurs, and I saw an opening in our community for expansion and I’m excited to help bring this growth to Williston.”

Mike Sartwell, President of Preferred Restaurant Group, spoke about the upcoming Slim Chickens franchise. Sartwell said the first Slim Chickens franchise in the state was opened in Minot last fall, and that he was looking forward to being one of the first businesses involved with the Williston Square development. Sartwell noted that his company has already been a longtime partner in Williston, operating Taco John’s locally.

Jason Fridrich, President of Pizza Ranch Williston, said the restaurant will be located next door to Slim Chickens, making Williston the last major city in the state to call the franchise home. There are around 250 Pizza Ranch locations across the country, and will give Williston another option for family buffet dining, as well as family entertainment with the restaurant’s Fun Zone Arcade.

“It’s kind of nice to say these are the kinds of businesses that will enhance Williston Square.” Mayor Howard Klug said. “We’re working on businesses that will enhance your experience when we will the Power Play hockey arena, and down the road when we put in a convention center down here. The retail is coming too. We are in talks with some retail partners, and it’s pretty exciting.”

The Pizza Ranch restaurant offers buffet-style dining featuring pizzas, crispy ranch chicken, salads and desserts while the Slim Chickens franchise is known for its fried chicken tenders, chicken and waffles, house sauce and more. Williston Square is located at the former site of the Sloulin Field International Airport. The roughly 800-acre site is a mixed-use development that will serve many needs and uses for

Williston residents. The proposed development plan includes a Civic Center core as well a broad mix of uses that will radiate out from this core and connect to surrounding neighborhoods.

“The community has been involved in the planning and redevelopment of Williston Square for several years now,” said Williston Economic Development Executive Director Shawn Wenko. “It is exciting to see projects start going vertical in Phase 1.”