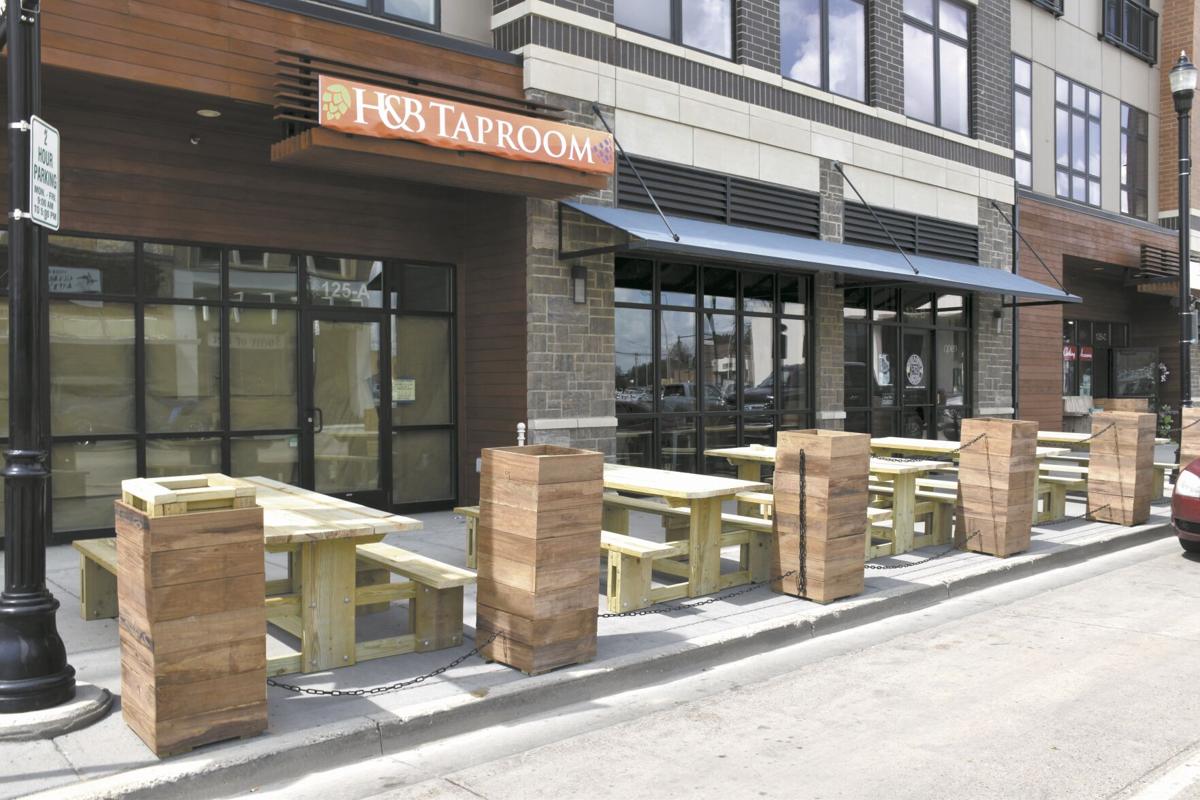 Hops & Berry Taproom received final approval to open their new sidewalk cafe, which opened to the public as of 4 p.m. on Friday, July 31.

Hops & Berry Taproom received final approval to open their new sidewalk cafe, which opened to the public as of 4 p.m. on Friday, July 31.

An amendment to the City’s Outdoor Sidewalk Cafe ordinance is allowing local businesses to offer their customers some fresh air.

At the July 14, meeting of the Williston Board of City Commissioners, City Attorney Taylor Olson proposed the change to Ordinance 1113, which regulates sidewalk cafes.

Olson told the Commission that after two meetings with the city’s Liquor Committee, the request was made for the commission to amend the ordinance to accommodate for establishments that hold a beer/wine license. The Commission approved the first reading of the ordinance on July 14, and approved the second reading at the July 28 meeting. Changes to the ordinance include adding a “curfew,” stating that outdoor cafes can only be in operation until 10 p.m.

Newly opened taproom Hops & Berry, located in the Renaissance on Main building in Downtown Williston, has already begun taking advantage of the change, and has been working to add an outdoor cafe to their establishment. The taproom received final approval from the North Dakota Department of Transportation on Friday, July 31, which was required due to Main Street being a NDDOT right of way and the serving of alcohol at the sidewalk cafe. The cafe officially opened to customers at 4 p.m. that day.

The cafe features several wooden tables, lined with wooden planters separated with chain. Renderings of the completed project show that the chain will be replaced by either an ornamental fencing, or laser-cut paneling featuring the Hops & Berry logo. Hops & Berry owner T.J. Corcoran said the planters would be completed and filled within the next few days, but that he was just happy to be able to open the cafe for his patrons.

“I want to express my gratitude to the Economic Development Office, Planning and Zoning and the City Commission for helping us get this through.” Corcoran told the Williston Herald. “It’s going to be a great addition to Williston, having the ability to social distance and still enjoy a beer or glass of wine outside. We’ve been working hard over the past few weeks in anticipation of getting this opened, and everybody’s really helped get it through the processes seamlessly and as quickly as possible.”

Corcoran added that with a lot of people still reluctant to go out, having an outdoor cafe gives them an opportunity to sit outside and still socialize, while staying safe. Go Go Cafe and Donuts and Books on Broadway both have sidewalk cafes, but Hops & Berry is the first in Williston to serve alcohol. Corcoran added that they would soon be serving food as well. Currently, the establishment has an open food policy.

The outdoor cafe is mostly complete, Corcoran said, with a few aesthetic pieces yet to be added. He noted that heaters are one inclusion to the cafe that will allow it to remain open more than just the summer months. And to create a more open feel, he said sliding garage-style doors would be added to the building, allowing patrons to walk opening from the sidewalk to the taproom. Corcoran said he was unsure if the work would be completed this year, but that it would definitely be completed in the near term.