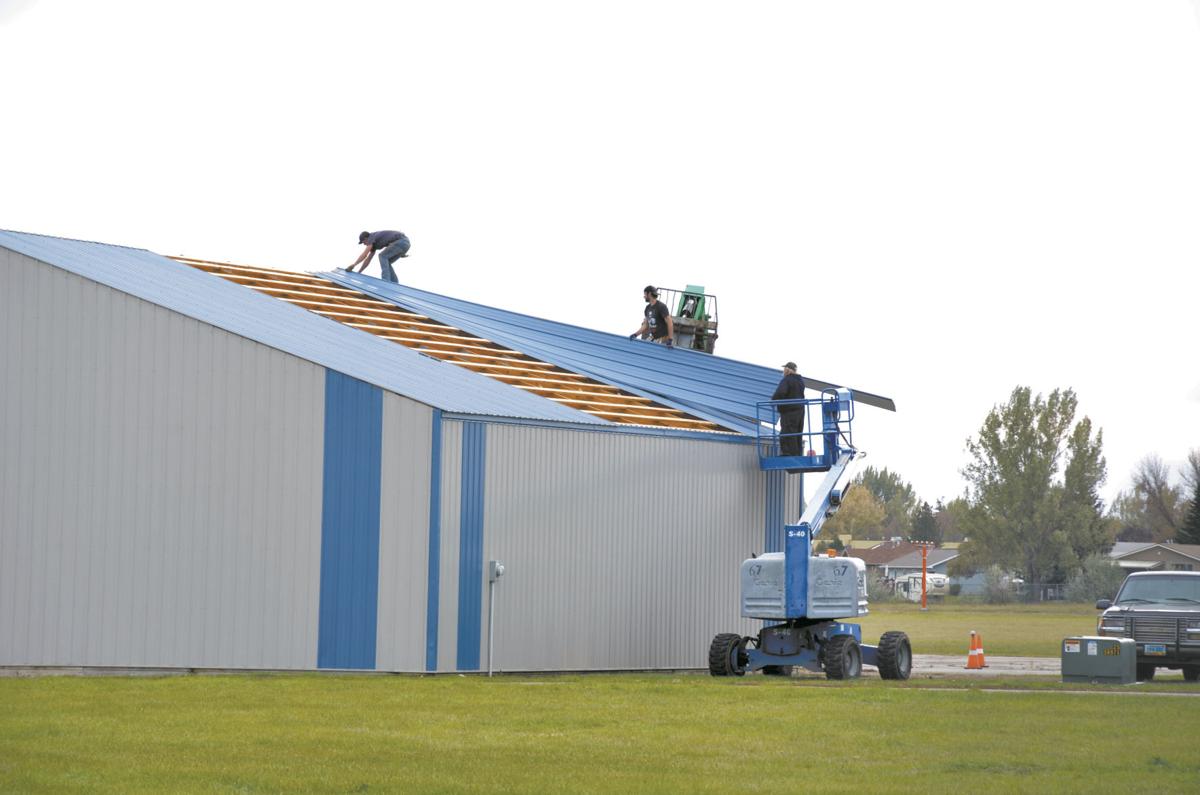 Workers remove roof panels from a building on the Sloulin Field property. The City of Williston is now accepting proposals for the redevelopment of about 40 acres of the property. 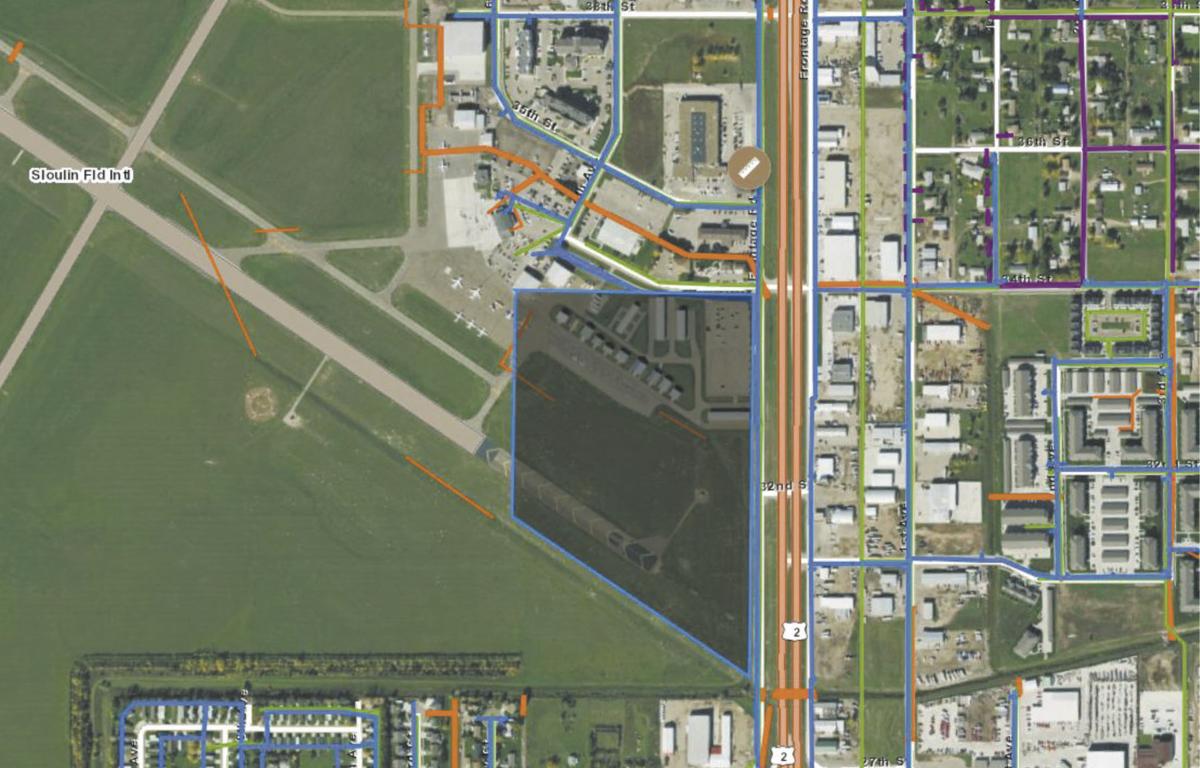 The shaded area represents the approximately 40 acres of land on the Sloulin Field property that the City of Williston has accepted development proposals for.

Workers remove roof panels from a building on the Sloulin Field property. The City of Williston is now accepting proposals for the redevelopment of about 40 acres of the property.

The shaded area represents the approximately 40 acres of land on the Sloulin Field property that the City of Williston has accepted development proposals for.

Now that the Williston Basin International Airport is open and operational, The City of Williston is seeking bids to redevelop Sloulin Field.

At a special meeting of the Williston City Commission on Thursday, Oct. 17, the commission voted to approve a Request for Proposals for the first advertisement of land on the Sloulin property. Approximately 40 acres of unplatted property is available for development during this first round of advertisement. The land is located along the northeast portion of the southeast part of Sloulin property, bounded by 34th Street NW to the north, Sixth Avenue to the west, Second Avenue West to the east and 28th Street NW to the south.

The city is accepting proposals until 3 p.m. on Nov. 7 at the office of the City Administrator, David Tuan. Tuan said proposals must be more detailed than simply just interest in the land, and must include a detailed development plan with a timeline for construction, infrastructure and access plan for the construction period, and a proposed purchase price for the entire 40 acre property, or a portion of such.

“What we’re trying to avoid is people buying it speculatively,” Tuan explained to the Williston Herald. “That’s how land gets locked up and doesn’t move for years and years, and we want to avoid that. We want to see this land get developed.”

Tuan said that the city does not have a specific timeline in which they’d like to see the property get developed, but the hope is that it would be sooner rather than later.

“I’d love to something start in 2020,” he said. “If someone came in and said they were going to start building in 2020, I think that would be a lot more appealing.”

Tuan added that before any development can begin, the property must be fully decommissioned, which will not be completed until at least April 2020.

He continued that the runway and building decommissioning would be occurring throughout this fall and winter, as the city goes through the FAA’s decommissioning checklist. Tuan said he anticipates spring to be the earliest the FAA would hand the property over to the city. While spring might seem a ways off to begin planning construction, Tuan said a lot of the pre-planning that developers need to do can be done while they wait for the property to become available.

“A lot of the stuff that would happen early, or like right now, would be engineering, planning, submittals to the city for approved land use, that kind of stuff; that’s what takes the most amount of time,” he explained. “So really the construction start of 2020 sounds like a long way off, but it’s probably ambitious even to think they’d be starting first thing in the Spring.”

As far as what sort of development may happen at the site, Tuan said the city believes there is significant interest, but does not have anything formal to announce as of yet. The appraisal process for the Sloulin property is slated to be completed in December, but Tuan said it is not necessary in order for proposals to be accepted, and that the city is more interested in the types of proposals that they will receive.

“It’s always good to know what the land is worth before you accept a price on it,” he said. “But I think the driving decision on this is going to be the quality of the development and what people are proposing to do with it. If they’re proposing to bring in a big box store, then that’s very, very valuable to the city, and the price is almost secondary in that regard.”